Yılmaz Güney Films: The 20 Most Popular Films of the Ugly King

Yılmaz Güney is an artist who enthroned our hearts with his films and his political stance. He was born in Adana in 1937. His real name is Yılmaz Pütün. The pulp refers to the hard-to-break fruit core. After working for Kemal and And Film companies in Adana, he goes to Istanbul and meets Atıf Yılmaz. In 1959, with the support of Atıf Yılmaz, he wrote the scripts of several films and started acting. He was convicted of making communist propaganda for a story he wrote and spent a year and a half in prison.

Yilmaz Güney, who returned to the field after his release from prison, continues to act in many films and write screenplays. During this period, he began to be known as the “Ugly King”. In addition to his films, he writes about 15 books. Yılmaz Güney, who passed away in 1984, fit many awards in his 47-year life, including Cannes. We have compiled the most popular films of Ugly Kral Yilmaz Güney for you. 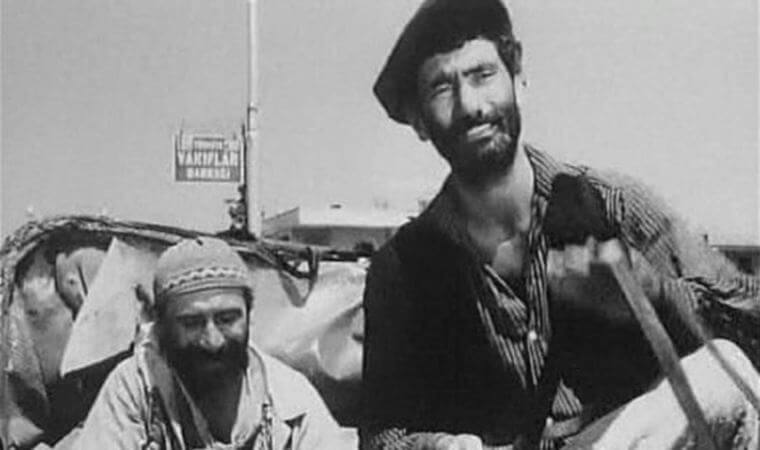 Trying to support his family by driving a carriage, Cabbar falls into an impasse. The horse he tied to his carriage is hit by a car and his horse dies. On top of that, Cabbar, who is trying to make money by shortcut, buys a lottery ticket. However, there are no bonuses on this ticket. In order to get out of this deadlock he fell into, he starts to search for treasure. 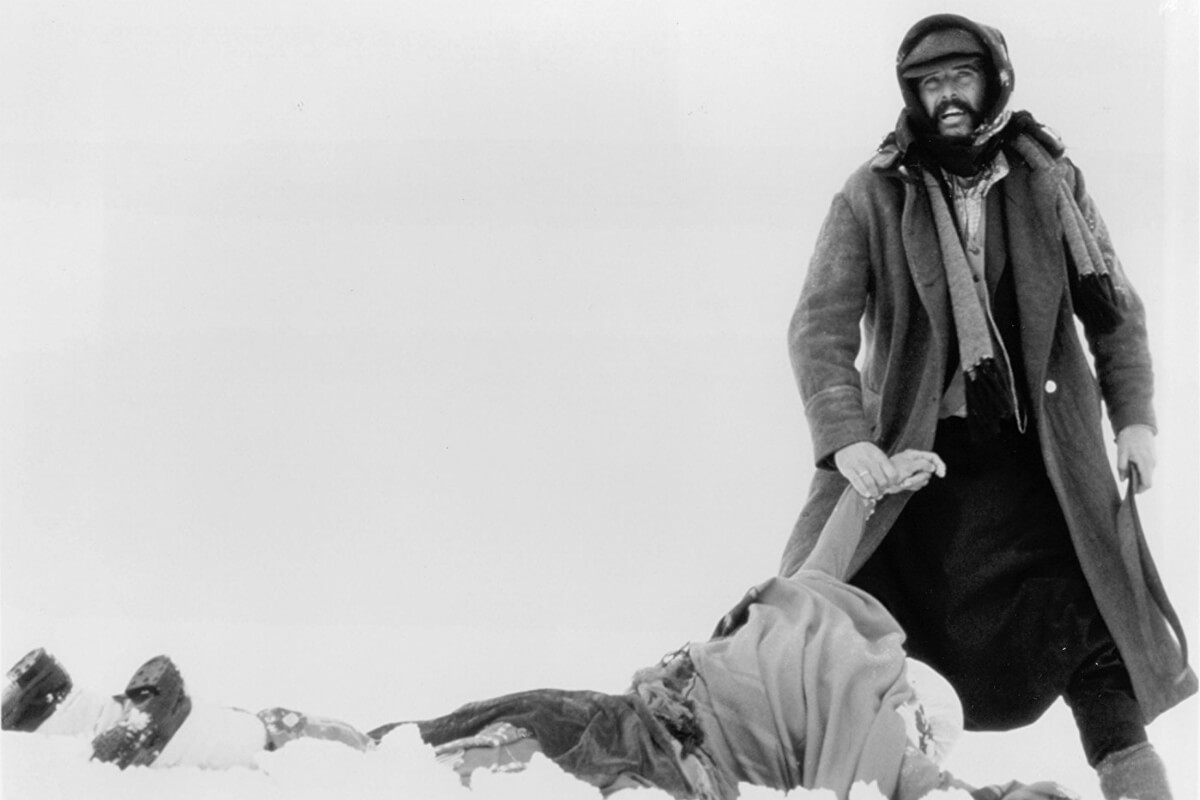 The story of five convicts who are on holiday leave from İmralı Open Prison is told. Seyit Ali, among them, cannot stand the pressure and returns home to punish his wife, Zine, who cheated on him by following the devil. He goes for a walk in the snow with his wife. His wife begs, Seyit does his best to keep his wife from freezing, but Zine can’t stand it any longer and froze to death. 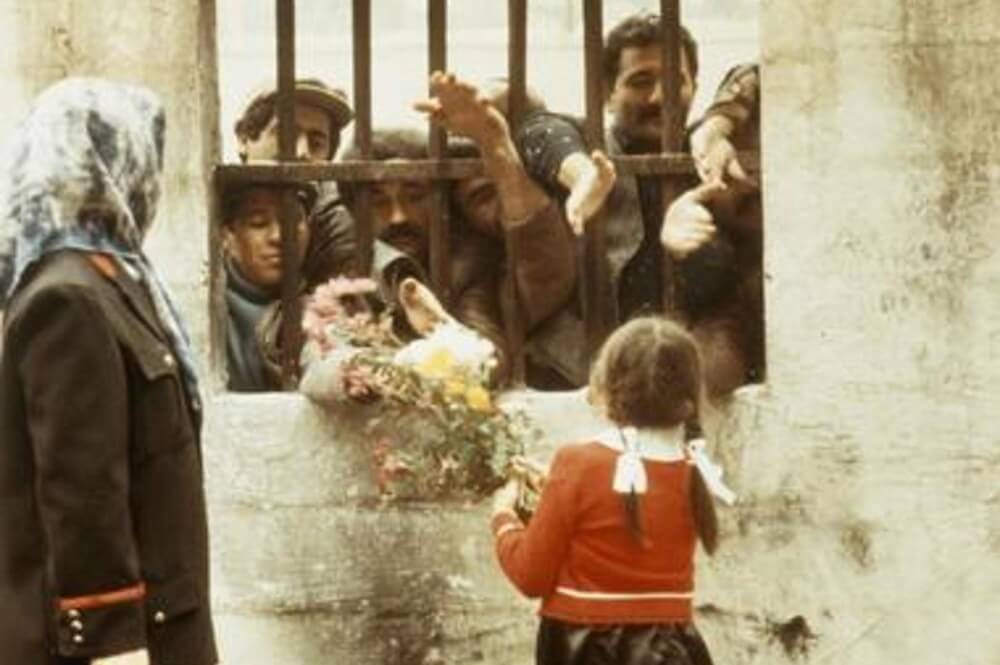 The must-have movie in the list of Yılmaz Güney movies is The Wall. It is the first film in which the Zaza language language was used in cinema. It is adapted from a rebellion that started in the Ankara Closed Prison in the 1970s. One of the most important films of political cinema, The Wall makes you think about the concept of humanity. 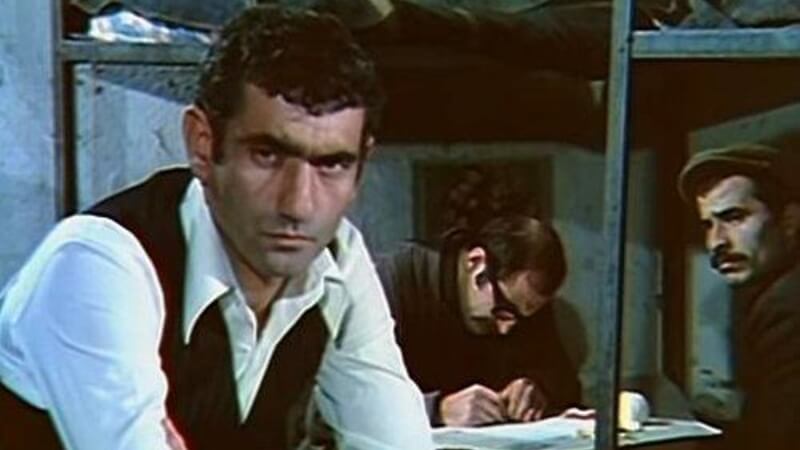 The life of Cemal, a poor family man, who is prevented from going to Germany as a worker due to the setbacks, is taken as the subject. In order to support his family, he undertakes a murder as a last resort for money. While he was in prison for years, his family broke up. His son is involved in the mafia, and his daughter has strayed into bad ways. Cemal, who learns the situation after his release from prison, seeks revenge. 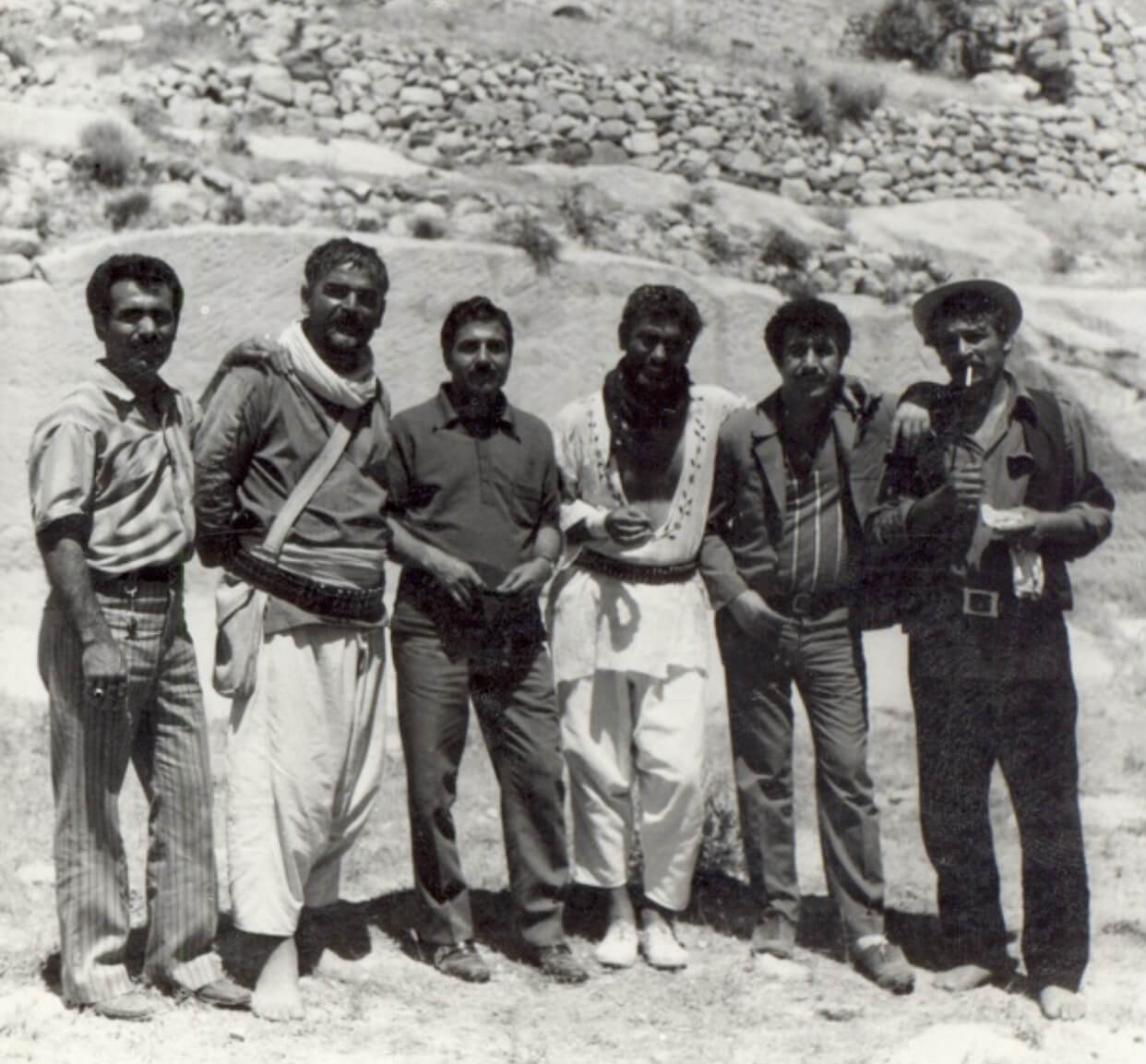 The film is about Çobanoğlu and his three friends, who go to the mountain to smuggle. While the team fights poverty on the mountain, they also try to cope with death. They trick Çobanoğlu on the mountain. A very difficult process awaits Çobanoğlu, who sets out to take revenge. 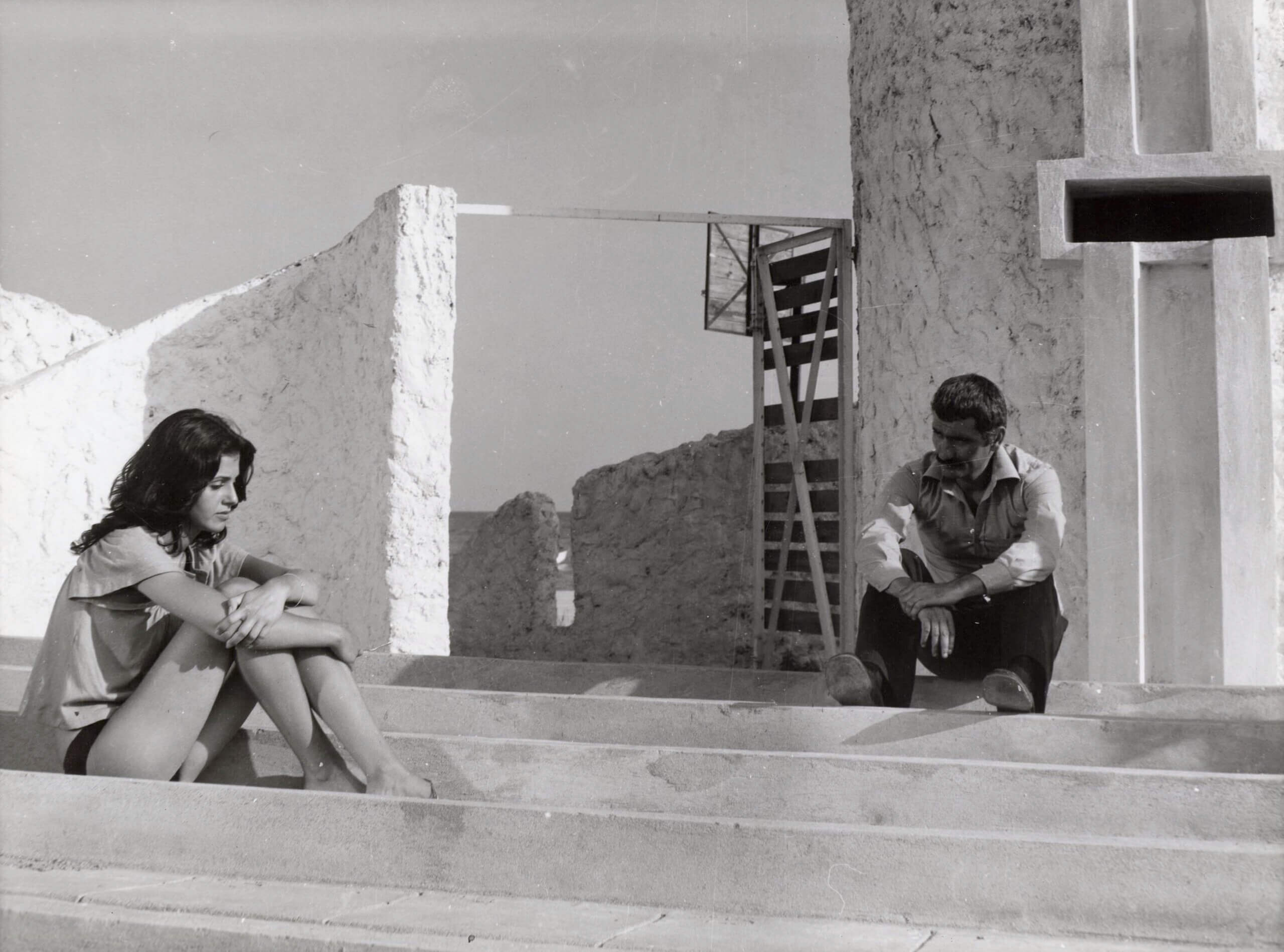 Two old friends, Cemil and Zem, meet years later. Zem, who tries to explain that Cemil’s lifestyle is wrong, finds himself in the same situation. 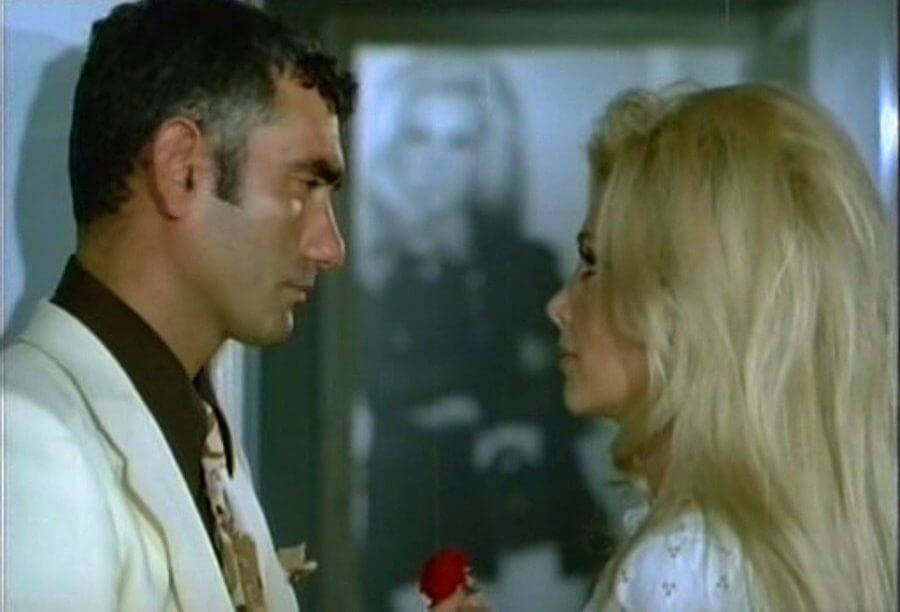 Among the films of Yılmaz Güney, one of the most resonant films is Hopeless. The love between the famous mafia Firat and the ballerina Filiz is handled. Filiz asks Fırat to stop bullying. He says that they can only be together under this condition. Fırat does not want to give up his gun because he leads a dangerous life. Therefore, they have to be apart for a certain period of time. Then, unable to stand the separation, Fırat accepts Filiz’s offer. 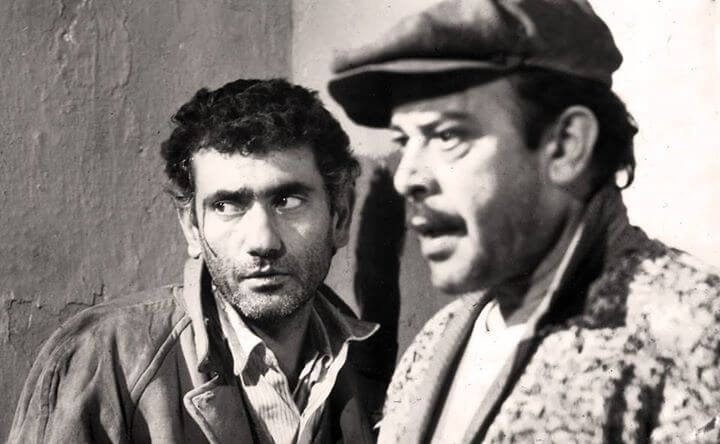 Three poor friends who met in prison tell each other about their past. All three are so poor that they don’t want to get out of jail when it’s time to release. 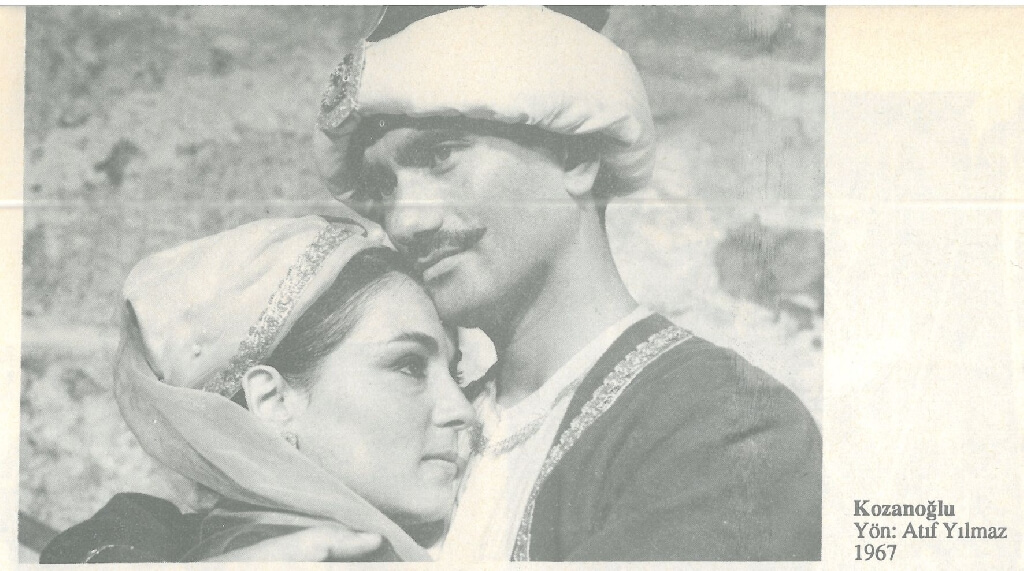 Kozanoğlu, which is quite old among Yılmaz Güney movies, is one of the most popular movies when it was released. In the movie, Kozanoğlu takes action to avenge his murdered father. 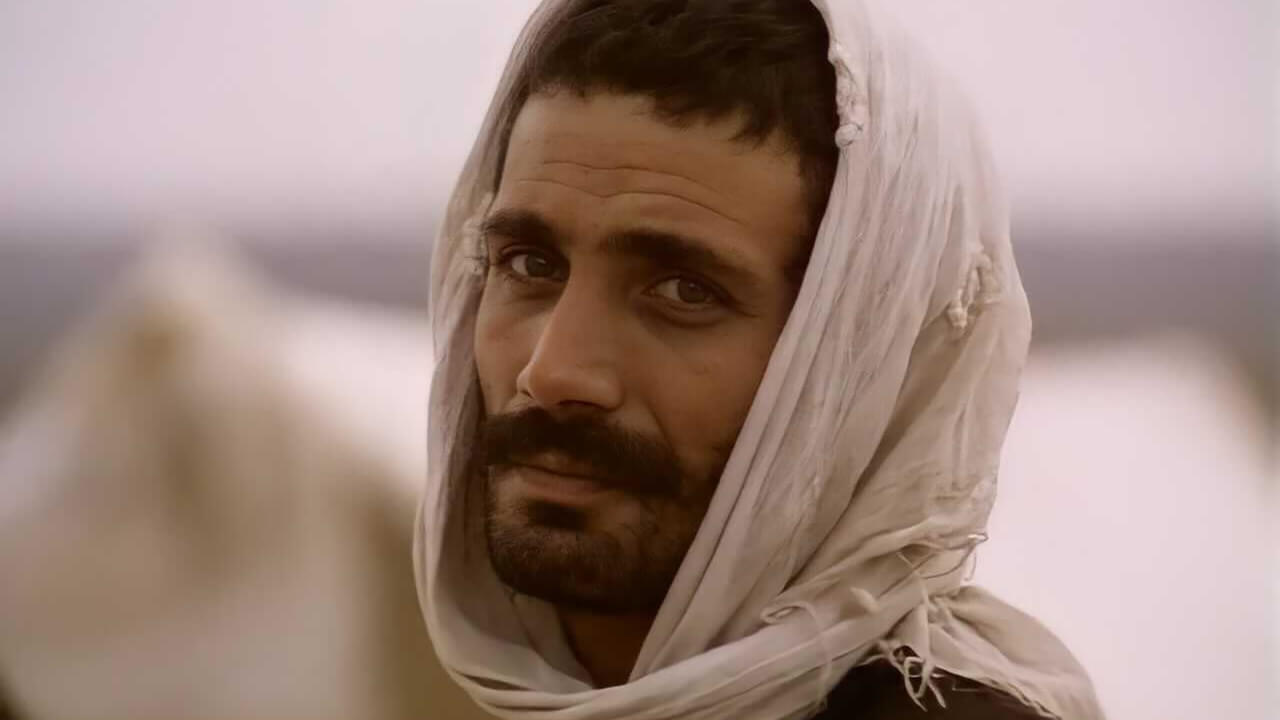 With the beginning of mechanization in the countryside, the troubles of the peasants whom the landlords exploited are dealt with. Another subject covered in the film is custom. 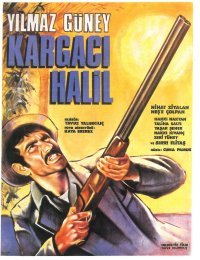 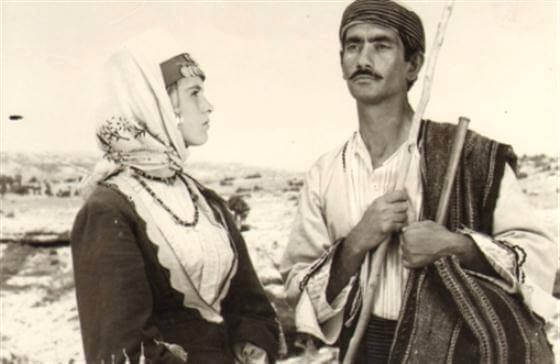 Written and directed by Lütfi Akad, the film tells the story of a shepherd and the girl he fell in love with. Two young people who love each other want to get married. Thereupon, the shepherd’s mother goes to ask the daughter of the chief of the tribe. However, the oba bey puts a condition for this marriage: The shepherd will pass the sheep fed with salt through a stream for three days, but no sheep will drink water from the stream. 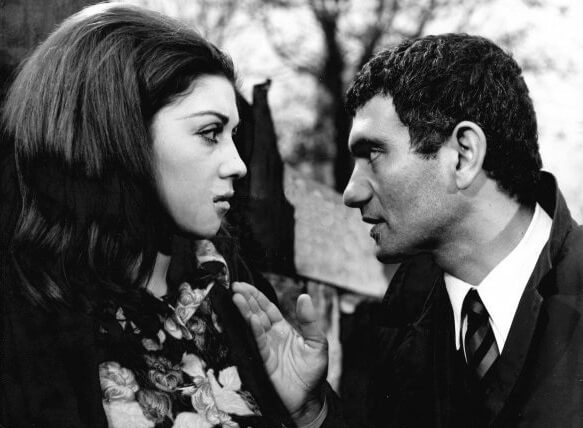 Unlike other films starring Yılmaz Güney, it is a comedy film. In addition to the comedy, a romantic story is also processed. Yılmaz Güney and Nebahat Çehre share the lead roles. 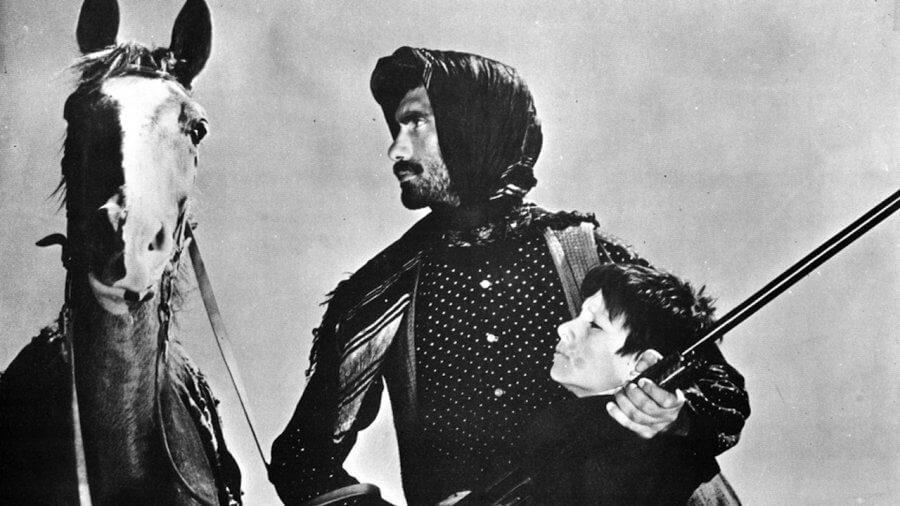 Another film of Yılmaz Güney, Border Law is a film prepared with the same concerns as his other films. Hidir is a young man who resists not to be a smuggler. However, he can no longer endure the conditions he is in and starts smuggling. 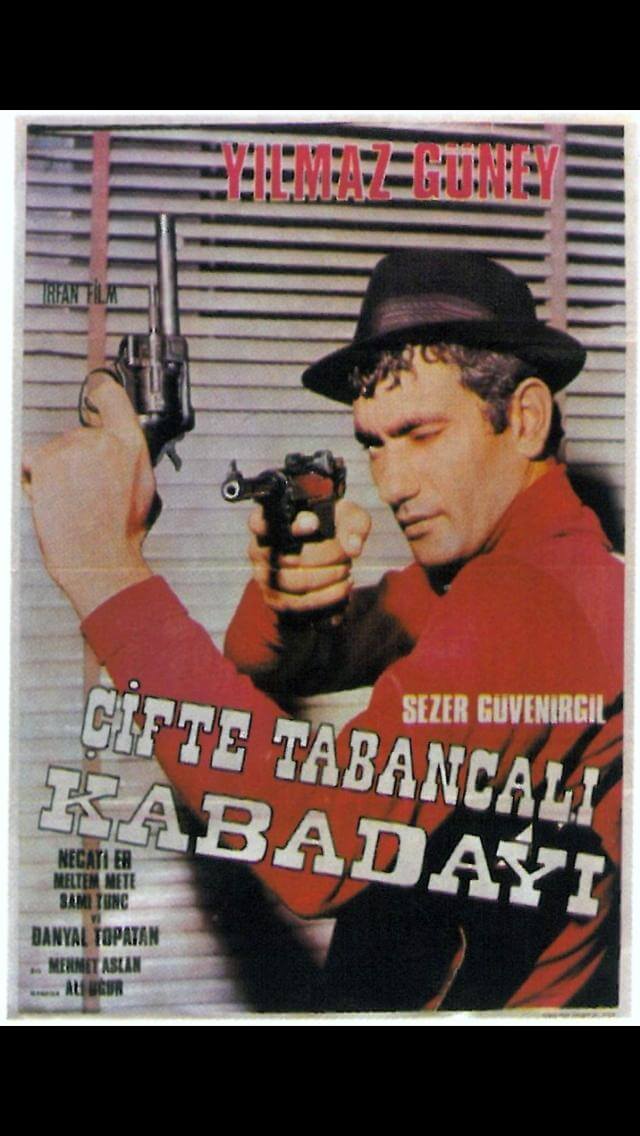 It is the story of two brothers, one of whom is a mafia in the world of crime and the other is a journalist who writes about criminals. Rıfat, who is a bully, takes action to avenge his murdered brother. 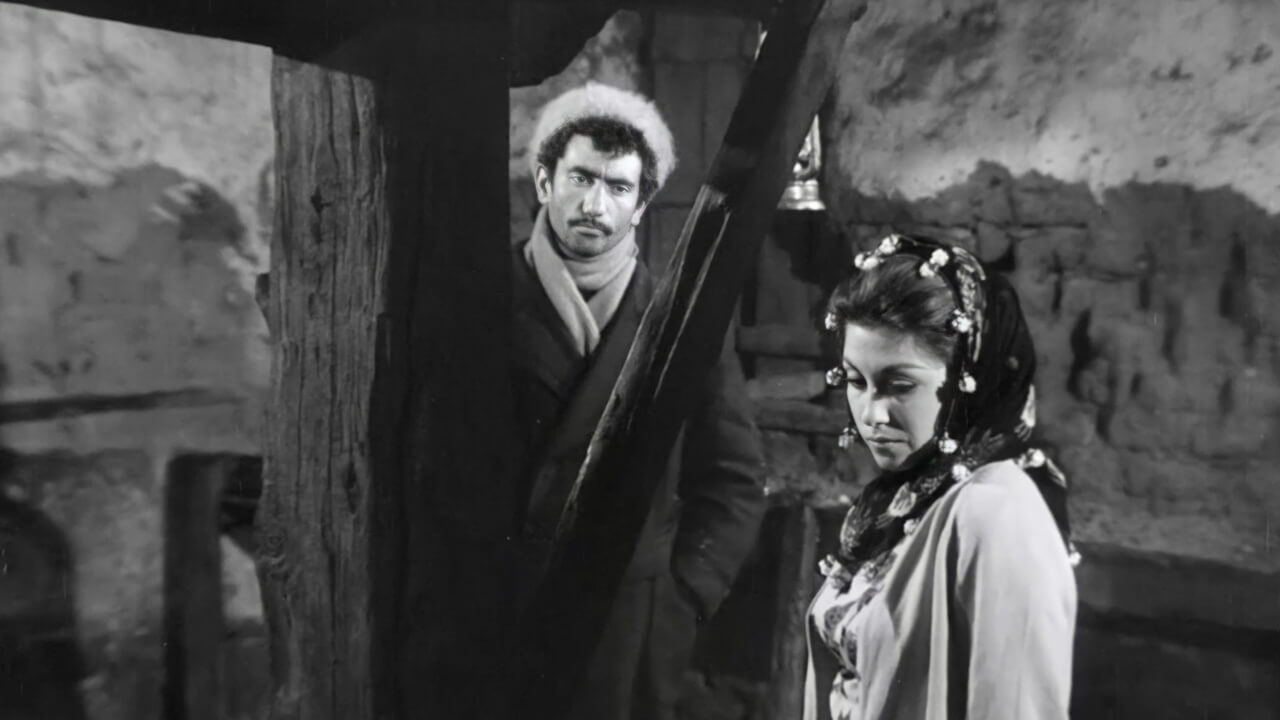 The film, which was one of the top-grossing films of 1968, tells the story of an oppressed young man, Seyit Han. Seyit Han falls victim to Haydar Ağa’s plot. He kills the girl he loves, Keje. 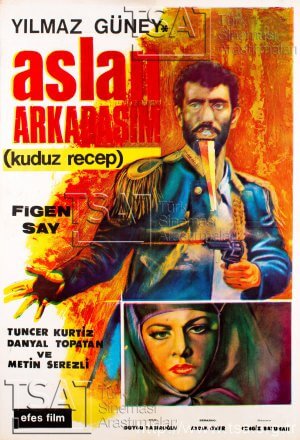 In the movie written by Duygu Sağıroğlu, the period of the War of Independence is told. At that time, instead of fighting, gangs that rob the poor arise. Rabid Recep sets up a gang to stop this situation. 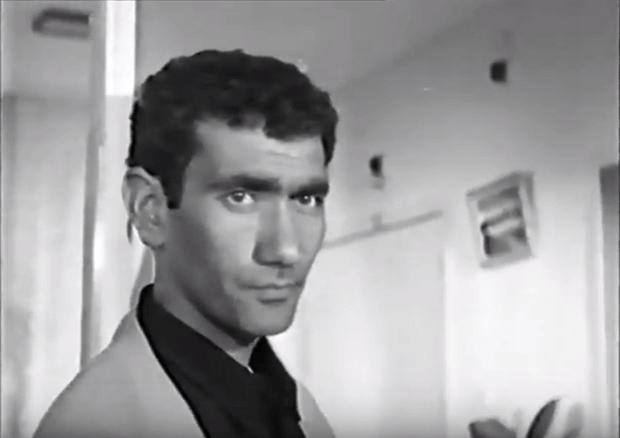 Mustafa is a young man who has been slandered. He begins to struggle to clear his name. The leading roles in the movie are shared by Nebahat Çehre and Yılmaz Güney. 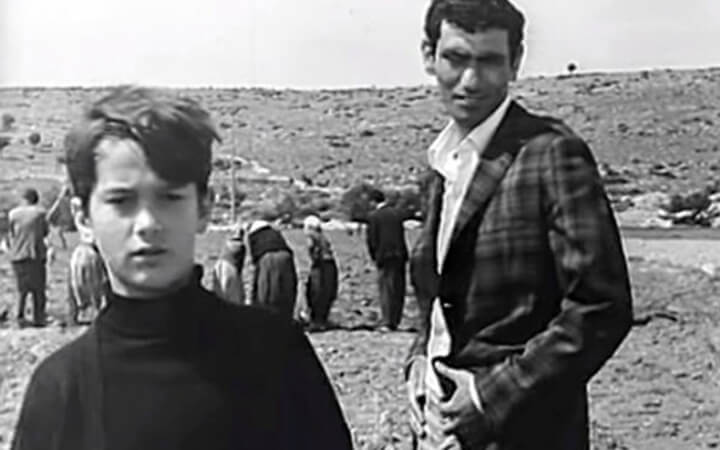 Inspector Kerim’s daughter gets involved in drugs, and his wife is killed by a mafia. Kerim wants to save his daughter from this quagmire and to avenge his wife. However, in order to do this, he must use the methods he knows, so he resigns from his job.

It is a documentary film about the life of Yılmaz Güney, nicknamed The Ugly King, who left his mark on the world of cinema. 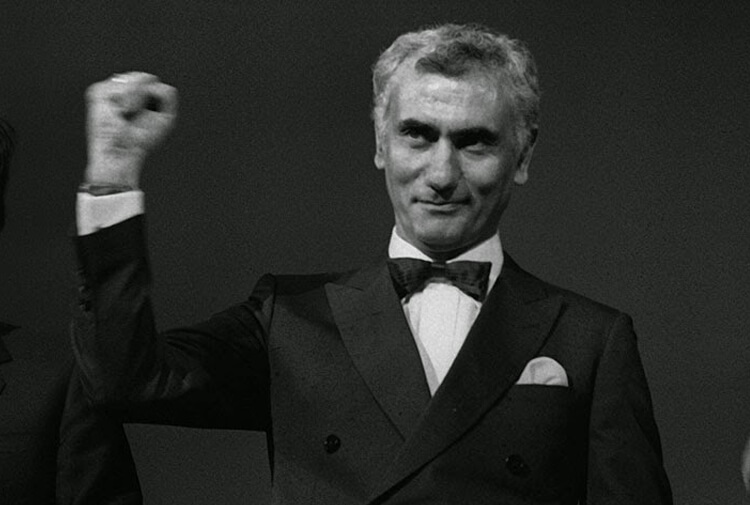