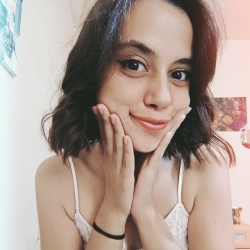 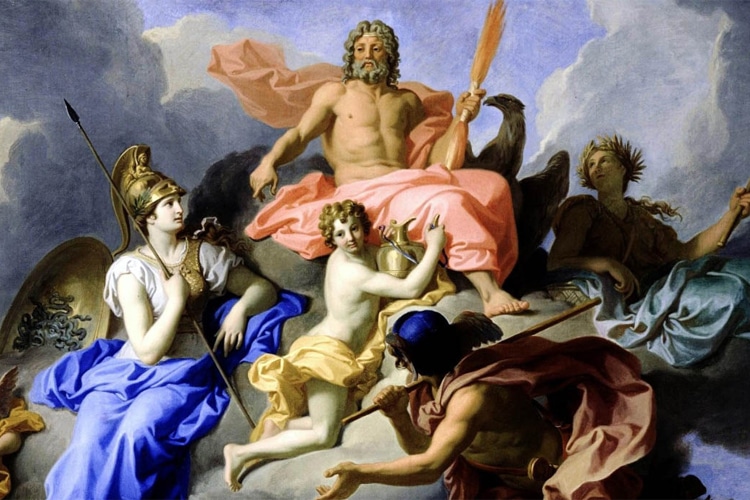 The word myth is often used for an untrue, untrue story or narrative. Contains incorrect element emphasis. Mythology It consists of the words Mythos and Logos. They are myths that explain the reason for the creation of the universe, traditions and culture-specific beliefs and practices in a particular religion or culture. The person who compiles the myths is a “mythologist”, and the presentation of mythological subjects is “mythologist”. mythology It’s called ‘.

It is related to the Greek word for story writing. Mythology has played an important role in every civilization in the world. This question of existence, which has been going on since creation, needs a hero, a supreme being. Here are many Gods/Goddesses that come into play in almost every culture. In this article, I will introduce you to 8 of these gods. Let’s see how Gods exist in different cultures. 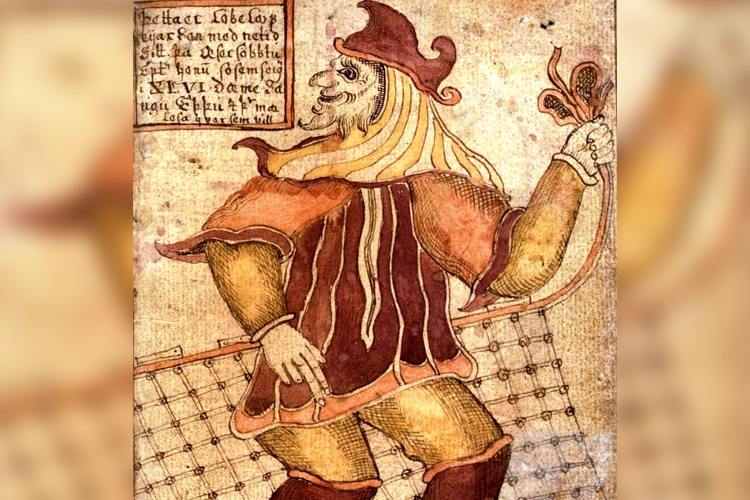 God of evil and cunning in Norse mythology. It can also change shape. Loki It’s actually an ice giant. His father is Farbauti and mother is Laufey. As a child, he is left in the middle of the war, and Odin takes him under his wing and raises him as a brother to Thor. From his marriage to Angrboda, they have three children, Jormungadr, Fenrir, and Hel, who are considered representatives of evil.

He has a child named Nari from his marriage to Sigyn, who is deeply in love with him. From causing the death of Odin’s son Baldur, to the kidnapping of Idunn, etc. He is referred to as the harbinger of evil because of his finger in many events. Because of what they did Ragnarok He will be imprisoned until the time comes.

When the time comes, Loki takes over the Naglfar ship. During the last battles, Loki fights with Heimdall and dies because he could not win this fight. Not that Heimdall He also cannot survive his wounds and dies after their fight. 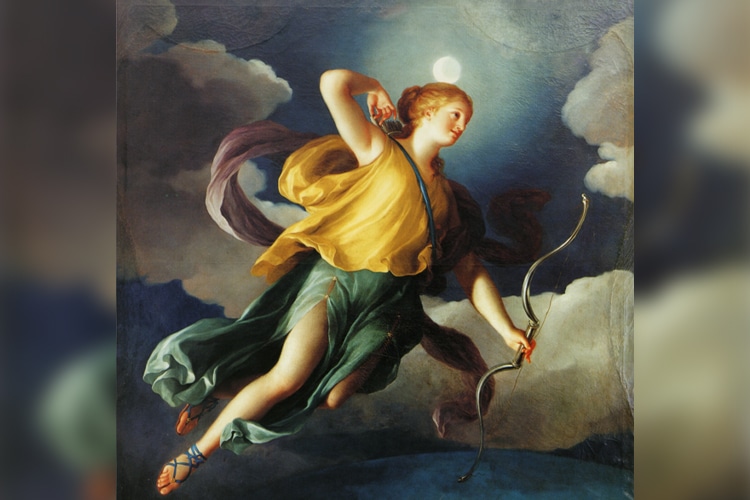 Anton Raphael – Diana as the Personification of Night

Oak forests are blessed with his name. On the Aventine Hill is the Temple. A festival was held in his name on 13 August every year. In addition, he has a temple in Tifanta and a temple in Lake Nemi where he was worshiped together with Egeria. After the popularization of Christianity, he was seen as the leader of the witches along with Hecate.

3) God of the Sun and Fire; Apollo 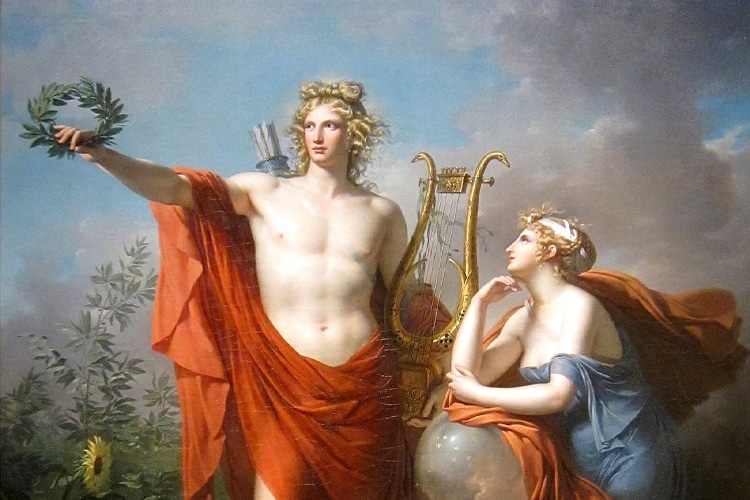 In Greek mythological sources Apollo He is the god of art, music, the sun, fire and poetry. It has a knowing role regarding the future, namely he is a prophet . It also has the ability to transfer this feature to other people. He is the twin brother of Artemis, the son of Leto and Zeus.

In Roman mythology, he is known as Apollo. The title of sun god was given to him later. Because the real sun god is the Greek god Helios. He taught people the applications of medical science. He is also known as the god of truth and light, as he is a very honest person. One of the most powerful and important creatures of his time, Python killed his dragon.

He entrusted his sister with the task of punishing the infidelity of his wife, Koronis. Thereupon, he handed over his son Asclepius to the horseman Cherion to raise him. The river nymph had admiration and love for her daughter, Daphne, but Daphne, who was supposed to remain a virgin, fled from Apollo. Since this was a difficult situation, he asked Artemis for help and Artemis turned it into a laurel tree. 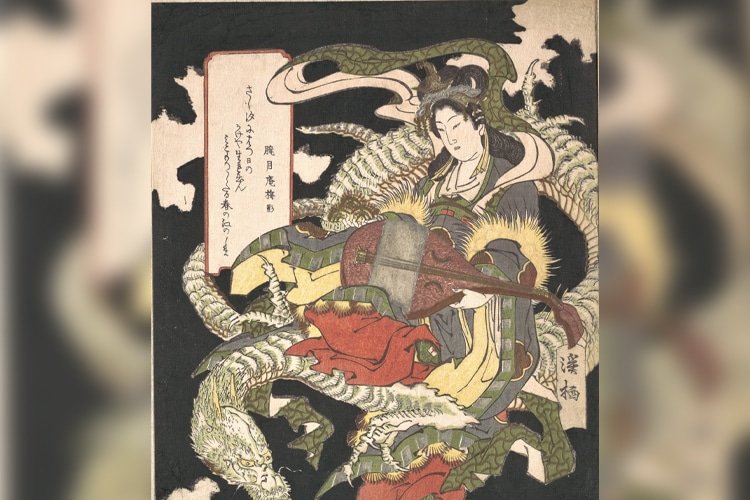 Keisei – Benzaiten Seated on a Dragon

Japanese This goddess with a different name from mythology is the Goddess of love, art, wisdom, poetry, good luck and water. She is said to be the third daughter of the Dragon King Munetsuchi. It is thought to be derived from the Indian Goddess Saraswati. Benten is often depicted as a beautiful woman riding a dragon. A white snake standing next to him is his messenger. NS

The couple holds a sword, a jewel, an arrow, a bow, a wheel and a key, and prays with the remaining two hands. He is known as the protector of geishas. He is one of the seven gods of luck (Shichi-fuku-jin) in Japanese mythology. It is generally associated with the sea. Legend has it that she married a sea dragon, thus ending the destruction of the island of Enoshima. 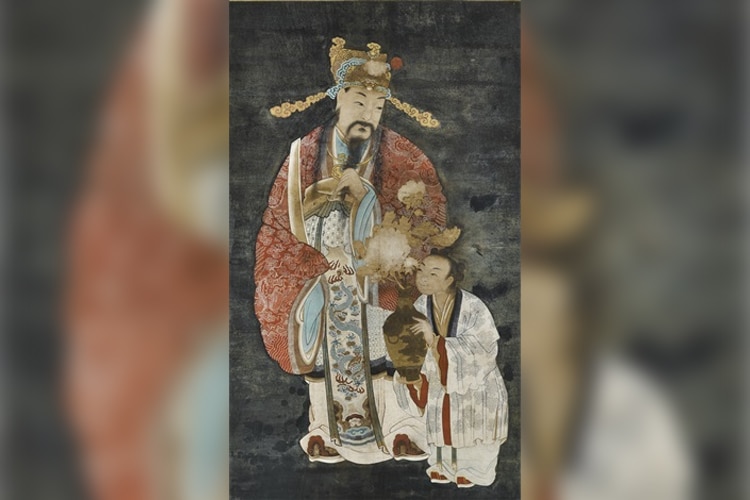 fushoulu He is one of the three star gods known as The meaning of the name is ‘lucky star’. He is one of many Gods who bestows happiness on his worshipers. He is also identified with Fu Shen, the God of Happiness. Fu Xing It’s also 6. It is believed to be the deified Yang Cheng by local residents of Daoxian in a 16th-century Mandarin state. Sitting on the planet Jupiter in the sky, it is thought to distribute happiness to people. 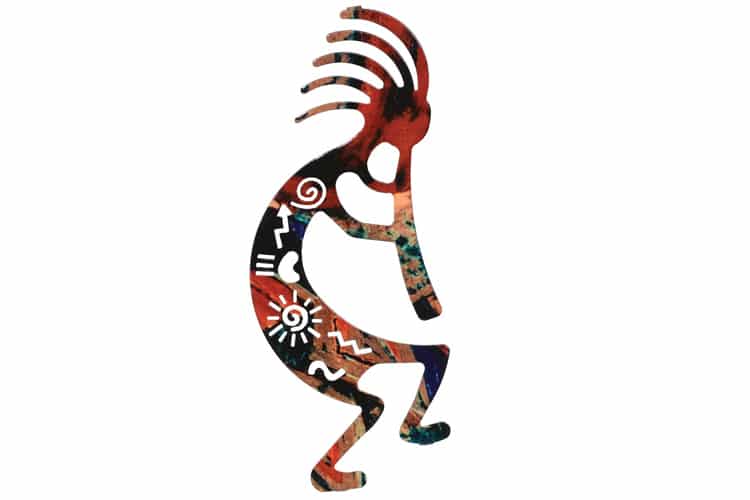 Kokopelli some, such as the Hopis and Zuni, usually in the Southwest Indian He is the god of fertility, highly respected by his tribes. He is a hunchbacked man with protrusions like feathers or antennae on his head. He plays the flute. It represents the spirit of music and is playful.

Like many fertility Gods, he rules childbirth and agriculture. It is said that when he announces the arrival of spring, all who hear it must sing and dance all night long. The next day, the women will wake up with a child. These are said to be due to the seeds and songs he carries on his hump.

According to some beliefs, he guides those lost in the desert with his flute, heals their wounds and gives them joy with the notes coming out of the flute. Many tribes still worship him in the Southwest today. 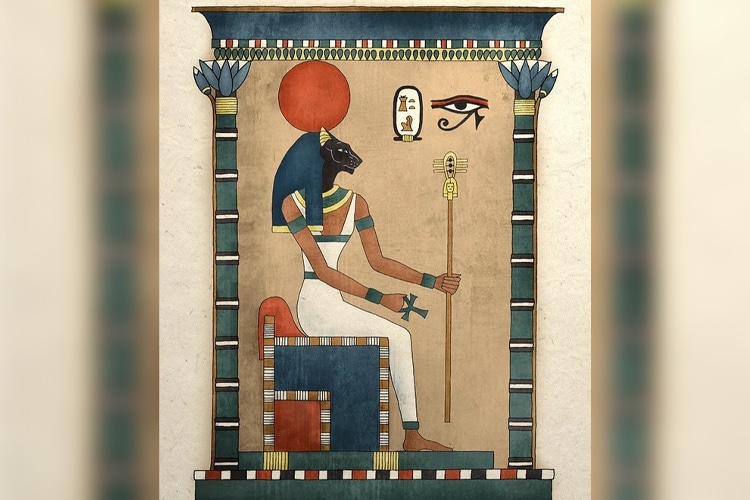 She is one of the many Goddesses in Egyptian mythology. The main cat Goddess in the inscriptions of the historian Herodotus bast referred to as. It is thought to have been worshiped since at least the Second Dynasty. She was originally known as the patron goddess of Lower Egypt and was depicted as a wild lion.

Its identification with house cats began in 1456 BC. Although she was referred to as the Sun Goddess, she was later associated with Artemis with the arrival of the Greeks and transformed into the Moon Goddess. It is a positive reflection of Sekhmet, with whom it is usually associated. Bastet literally means ‘woman of the ointment bottle’.

Because of that Anubis When he became the god of mummification, Bast was named as his wife. She is thought to be the mother of the god Maahes, who came from outside Egypt. In Maahes, a cat was a lion god.

Oguz Kagan It appears in Turkish and Altaic mythology. He is considered the ancestor of the Turks. It is said that there were two different traditions in the ancient Turks, reflecting two different “dual origins”. One of them is based on the horse wolf and the other on the horse bull. The horse that gives the name to Oguz is the bull. On the other hand, Oğuz sought the protection and guidance of the wolf throughout his life.

His mother is Ay Kagan, his father is Kara Han and his grandfather is Kabihn. His father kills Kara Khan. It is identified with Mete Han, the ruler of the Asian Hun State. He has a crown with horns symbolizing power. He has 6 children in total from his two wives, and his children’s children also Oghuz tribes it occurs. According to the historian Rüstem Pasha, Oguz Kagan is also mentioned in the Qur’an as “ Zulkareyn ” is a blessed person.

As you can see, there are many different mythologies and many Gods/Goddesses of these mythologies in the world. As you can see in the article, some of them are quite similar to each other. This may be due to the human effort to understand nature, its questions, and the way each culture answers the question in its own way. These questions led to stories, stories to myths, and those cultures that myths created to mythology. Again, these mythologies revealed the mythology Gods that individuals bestowed their faith and worshiped.

Who is Poseidon, the Rebel Sea God of Greek Mythology?