Salvador Dali: Unknowns About the Famous Artist’s Life and Works 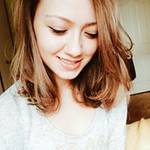 Who is Salvador Dali? How would you like to review it together? We are well acquainted with the famous painter, who left countless works throughout his life and, unfortunately, like many other artists, his value was recognized after his death. In this article, where we explore the artist’s life, works and all his unknowns, we will also be talking about all the other movements, especially the surrealism movement that inspired him.

If you are ready to take a little journey into the extraordinary personality and different world of the famous painter, sit back. We take a close look at Salvador Dali and his life, where we will reveal the secrets of his fame!

A Brief Look at the Life of Salvador Dali

Salvador Dali, whose real name is Salvador Domingo Felipe Jacinto Dali i Doménech, was born on May 11, 1904 in Spain. Although he is mostly known as a painter, he actually holds the titles of sculptor, photographer and filmmaker. The artist, who produces works in almost every field he is interested in, is actually one of today’s geniuses. And it’s not just us, he says it himself. So much so that we can understand this from the writing he wrote in his diary when he was younger;

Salvador Dali is also a wounded boy. Because 9 months before he was born, the family lost a son. He was given the name “Salvador” after his older brother. Dali says this has had a great impact on his life. Dali, who had a childhood in the shadow of his brother’s death, always questioned himself and his personality, and developed various behaviors to attract the attention of his parents.

He states that these periods are the basis of hysterical moods. It is also among the known facts that he is very similar to his deceased brother. On the other hand, Dali, whose father is an extremely tough character, is a child who has always felt closer to his mother throughout his life. This is one of the developments reflected in the character formation and emotional states of the famous painter.

Dali, whose sister Ana Maria was born when he was 3 years old, is actually a spoiled character, since he is the only boy in the house. Dali, who receives the attention he could not get from his father, from his mother and other family members, is described as a child who draws attention with his capricious movements.

Salvador Dali’s Interest in Painting Discovered by His Mother

Anne Felipa is a very kind hearted, soft and smiling character. He was the first to discover Dali’s talent for painting. Felipa, the mother who enrolled Dali to a private painting school when she was only 10 years old, has always supported her son since those years. Salvador Dali opens his first exhibition at the Figueres Town Hall when he turns 15, marking the year 1919. When the year marks 1921, Dali experiences a great destruction and loses his only beloved mother to breast cancer. It is known that he said the following words after the death of his mother;

“…it was the biggest blow I have ever taken in my life. I worshiped him […] I could not accept the loss of a being I had always trusted to make invisible the inevitable flaws of my soul.”

Shortly after this loss, which was extremely painful for Dali, father Cusi chooses to marry his sister-in-law.

Meeting People Who Shaped His Career 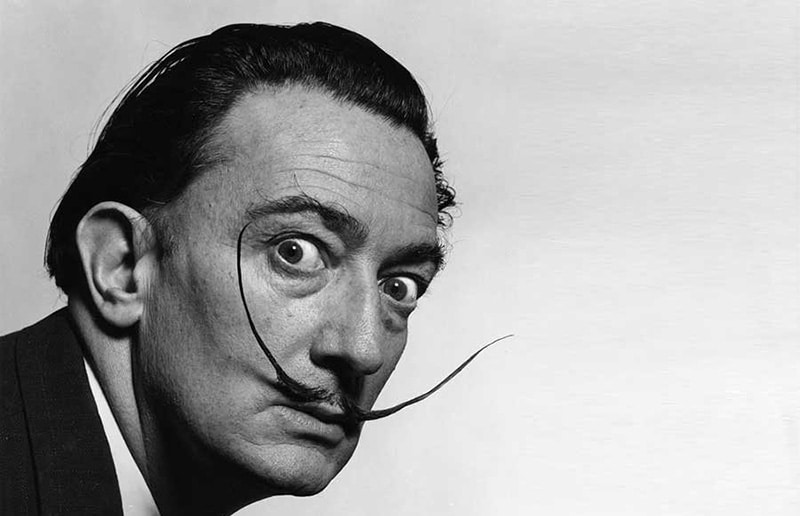 After the death of his mother, Salvador Dali moves to Madrid, where he begins to produce the first works that will shape his career. In those years, Dali’s works, which were observed to be influenced by Cubism and Dadaism, are met with great interest in Madrid. Of course, the fact that the currents have not yet become widespread in Madrid is effective in this. In addition, the famous painter meets producer Luis Buñuel, who was interested in avant-garde art in those years, and poet Federico Garcia Lorca and establishes close friendships.

Suspended from school for the crime of indiscipline and later arrested for the anarchist demonstrations he participated in, Dali returns to school in 1925 and opens his first exhibition in Barcelona, where only his own works are exhibited.

Going to Paris in 1926, Dali meets Picasso, whom he admires. In the following years, the Picasso influence in Dali’s works becomes noticeable. Returning to Spain, Dali met Luis Montanya and Sebastia Gash, who were known as the art critics of the period, in 1928 and wrote the “Anti-Art Catalan Manifesto”. This manifesto marks the era as it defends modernism and futurism in art.

The First Example of Experimental Cinema: An Andalusian Dog

An Andalusian Dog, whose original name is “Un Chien Andalou”, is one of the turning points in Salvador Dali’s life. The film they prepared with Luis Buñuel, whom he met in Spain, is shot in Paris in 1929. Consisting of only 16 minutes, the film has an important place in history as it is the first example of experimental cinema and adopts the surrealist movement. In the movie shaped by Buñuel’s dreams, you can also see Dali and Buñuel himself. It is clear from the producer’s own manuscript notes that the last part of the movie could not be shot due to the lack of budget.

Going to Paris again in 1929, Salvador Dali met Andre Breton and Paul Eluard, who were shown as representatives of the surrealist movement. He finds the love of his life through this meeting. Dali, who could not forget Paul Eluard’s wife Gala from the first moment they met, would later sail into a passionate love with Gala and marry. This marriage takes place in 1934.

Gala has always supported Dali’s career throughout his life. It is also known that Gala is 10 years older than Salvador Dali and although she is married and has one child, she was very impressed by Dali and left her husband.

Gala died in June 1982 and was buried in Pubol Castle, where she died. Dali, on the other hand, lost all his joy of life after the death of his wife and settled in the castle where Gala died and was buried for a while, and led a quiet life here.

Salvador Dali produces more than 1500 paintings, dozens of lithographs, book illustrations, theater decorations and costumes throughout his life. The artist also has a film and a script. It is also known that he was inspired by many movements and people in his works. However, he is considered one of the pioneers of the surrealist movement.

It is said that the female figure in the painting is Gala, the love of Dali’s life. The grasshopper figure at the bottom of the painting is considered a reference to Dali’s fear of insects. The work is housed in the Museo Nacional Centro de Arte Reina Sofia in Madrid.

2) The Persistence of Memory (Melting Hours)

This work, completed by Salvador Dali in 1931, is an effect of the surrealism movement. The human figure in the middle of the painting is said to be Dali himself. Dali used this figure in many of his works. Although the main subject of the painting is interpreted as a rebellion against the unchanging time, the artist says that the inspiration for the painting is the cheese melting under the heat of August.

The orange clock with an ant on the left is said to represent the female reproductive organ and death. The original is currently in the National Museum of Art in New York.

This work, completed by Dali in 1936, is thought to represent the Spanish Civil War. Dali completed this painting 6 months before the war started. The internal suffocation and depression effect depicted by the painting reveals the effects of the civil war. For this reason, Salvador Dali has been described as a prophet by many people after this work. It is also known that Dali was an intuitive painter.

It is the painting created by the famous painter after meeting Freud, the founder of psychoanalysis, by being influenced by himself. This painting, which he painted in accordance with the “paranoid critical method”, is his first painting in this context. The work, which was completed in 1937, features Narcissus in Greek mythology.

The work depicts the admiration and disappearance of Narcissus, or “Daffodil”, after seeing its silhouette reflected in the pool. The painting also bears traces of Freud’s concept of narcissism. The work is exhibited at the Tate Modern Museum in London.

This painting, which the artist painted with the surrealism movement, was made in 1937. The burning giraffe in the painting is an emphasis on war. Here again Dali’s premonition is in the foreground. There are also two different female figures in the work. While some interpret the female figure with a supported back, an emphasis on the faults of society; According to some, these two women are the angels of death, the harbingers of war. The painting currently resides in the Kunstmuseum Basel. 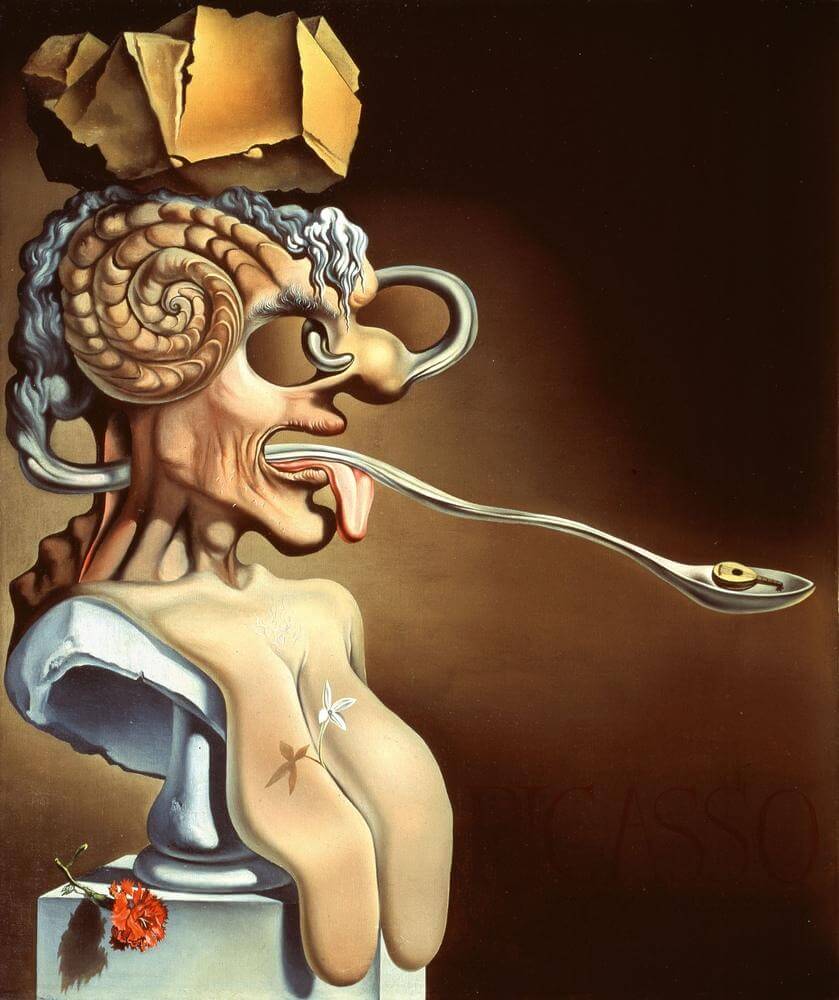 One of the biggest turning points in Salvador Dali’s life was meeting Picasso during his visit to Paris. Dali painted this portrait in 1937, after his friendship with Picasso. While the work describes Picasso’s quick wit as a spiral; he depicts his art with a spoon coming out of his mouth. It is also known that two good friends, Dali and Picasso, broke up for a while due to political views.

Salvador Dali is said to have suffered a great depression after the death of his wife. So much so that the artist retreats to Pubol Castle, the castle where his wife died and was buried for a while. A sudden fire in the castle in 1984 causes Dali to move from here. Meanwhile, it is known that he was injured in the leg due to the fire.

Dali moved to Figueres shortly after the incident, where he began to live in the Salvador Dali Theater and Museum. When the dates show January 23, 1989, the famous artist dies in this museum bearing his name due to heart failure. The body of the famous painter is buried in the cellar of the museum.