Traditional Turkish Arts: Once the Most Popular

Traditional Turkish arts were once performed as a profession. They were very popular and respected, moreover, they had an important place among the people. We have many valuable handicrafts that have been forgotten, whose names have long been erased from the minds. Let’s take a look at the traditional Turkish arts, which are based on thousands of years of different cultures, where manual labor and craftsmanship are valuable.

The art of hand drawing, also known as “Kalemkari”, is prepared with materials such as cloth, wood and stone. The works, usually made with gold and colorful paints, were used in many places at the time. It can be accepted as the beginning of the motif structures found in Turkish art.
Individual study method is not preferred for hand-drawn art. Most of the time, a team goes along with the plan. Their techniques and structures are divided into different areas. Hand-drawn works are generally used in mosques and palaces. Original hand-drawn works are rare today. Most of the works, which were worn out over time due to external factors, became history.

Miniature, which is the first thing that comes to mind when it comes to traditional Turkish arts, is a very delicate handicraft. The miniature with small pictures and objects creates a basic expression when processed. The processing purposes of these paintings, which have their own language of expression, are generally different from each other.
The miniature, which is applied for a clearer understanding of the manuscripts, is handled in small parts because it tells more than one event. People who make art are called nakkaş. In the works that are processed with a feather pen brush, subjects such as love, legend, poetry, wedding, ceremony and epic are mostly discussed.

The art of illumination, which literally means ‘to adorn with gold’, is applied with crushed gold. This art, which is generally applied in books, is prepared with specially selected paints. The gold color used in the art of illumination is obtained by crushing gold leaf in water and mixing it with gelatin, as well as various paints. The illumination, which could be embroidered with different patterns, was prepared for well-known people, sultans or statesmen.

Calligraphy, which means ‘line’ in Arabic, is the art of beautiful writing. It has a history dating back to the invention of the printing press. Inscriptions written in line with Arabic letters appear more ornate and harmonious than normal.
In calligraphy, there are basic materials such as pen, ink, paint, paper and inkwell. But it is very difficult to do calligraphy without direction. For this reason, people who deal with the art of calligraphy and are called ‘calligraphers’ apply this art within the framework of various rules.

Tile may be among the works you encounter the most. Known among the traditional Turkish arts, tile is also known as ceramic art. The tiles, which are prepared by shaping the soil, are prepared by adding color to the motifs and shapes. The history of tile art, which is used for indoor and outdoor decorations, dates back to the Karakhanids. The heyday of tile art, which still attracts a lot of attention today, was in the Ottoman Empire.

The cross-stitch, which seems to have regained its former value lately, also attracts the attention of young people. The handicraft, which started with sewing, proceeds completely individually with its colors and objects. The cross-stitch, which is prepared by applying embroidery, is formed by embroidering any picture or text on the fabric in the hoop. 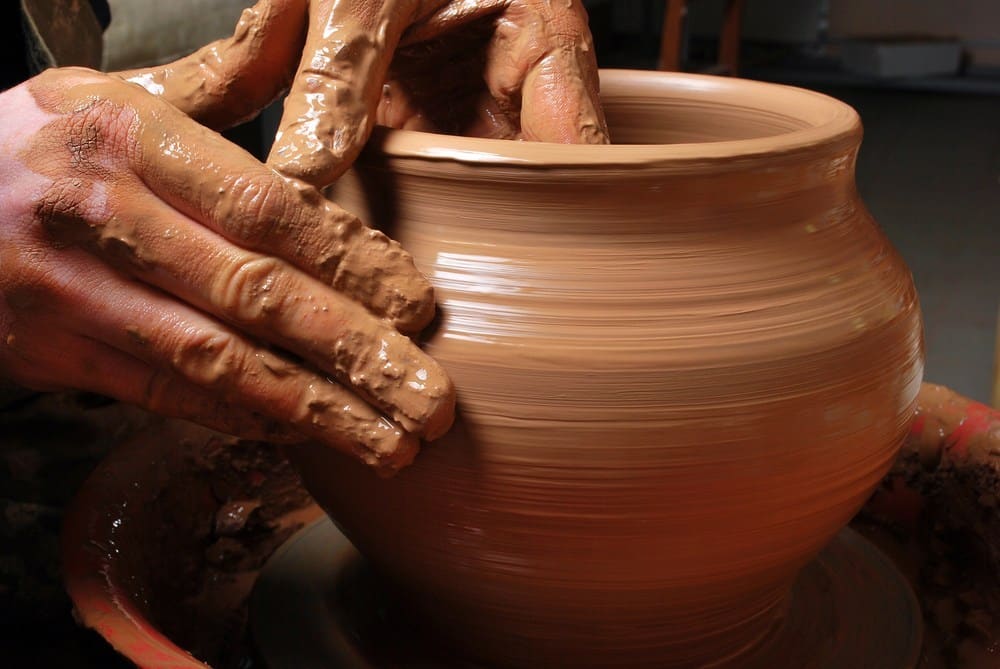 Pottery dating back to ancient times in Anatolia consists of mud raw material. Various objects are obtained by different applications of soil or clay soil. Although it cannot maintain its former popularity today, you can see the pottery sold in some regions while traveling.

Edirnekari art, which emerged in Edirne in the 15th century, was first practiced by the artists of the region. This handicraft, which is used in the decoration of decorative works, is the first and only technique that bears the name of the city where it originated. It is applied in interior areas such as cabinet doors, wooden objects, drawers or ceilings, usually wooden works.

One of the handicrafts that is not very popular today is felt making. Although it is known as the most important art of its period, it can be said that it has now expired. The ‘felt’ used in the art of felting is obtained by forging goat hair or goat fleece. This fabric, called felt, is said to be quite durable.

The essence of the kündekari art, which developed in the Seljuk period, is again based on decorative shapes. Kündekari, which literally means ‘processing precious trees’, has a different construction technique.

Trees such as pears, apples, roses and walnuts are reduced to a geometric shape. So it can be nested. After this skillfully formed technique, the patterned structure obtained is both durable and pleasing to the eye. It is such that the doors created with kundekari can maintain their durability for centuries.