La casa de papel is a unique adventure with striking scenes, carrying sociological and philosophical values, delving into the depths of human psychology at every opportunity, admiring intelligence and where the tension does not decrease for a minute! 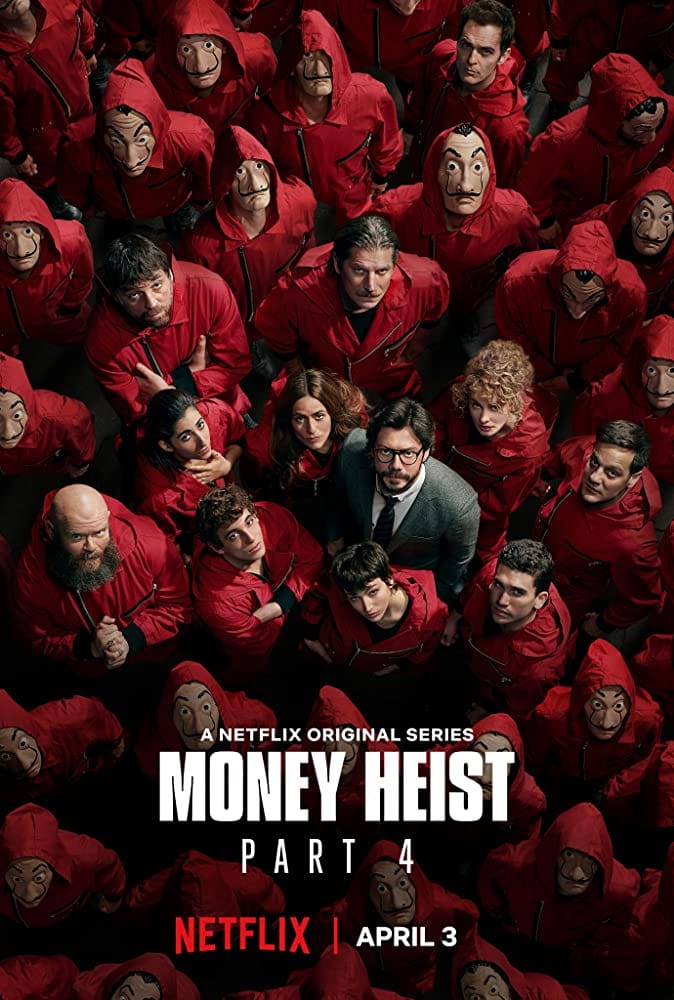 The Professor, who brings together the notorious criminals of history, has a big robbery in mind. He plots for a long time to rob the Royal Mint of Spain. He assembles the team and starts training them. Considering all kinds of possibilities, the Professor teaches in every field. Now the plan is perfectly ready and the team steps into the mint. Then all Spain and the world turn their eyes to the mint. The hostages inside, the huge crowd supporting the robbery outside, the police force, the robbery team and the fast-paced minutes. A mind-blowing robbery will draw you in.

It’s never a standard heist and action drama. Behind this image is a story with immense depth. The Spanish series La Casa de Papel is arguably the best TV series of recent times to come out of Europe. In addition to all these, it is a phenomenon that has become a phenomenon with its music, art direction, acting, cast and editing! If you haven’t watched it, watch it now! 🙂