Greek Mythology Movies: 15 Movies That Get to the Heart of Mythology 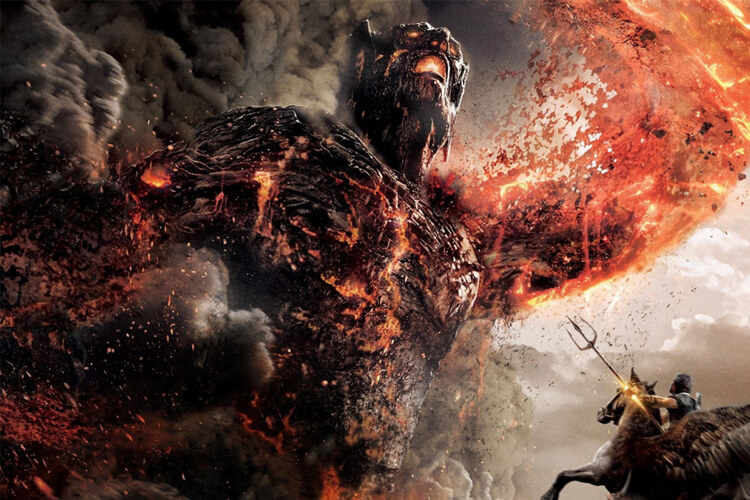 Greek mythology is a niche genre that can be spectacular on the big screen. Here are some popular Hollywood movies that share the myths of the gods. Here are the best Greek mythology movies for Greek mythology fans. There is something indelibly appealing about Greek mythology. It incorporates elements of creative fantasy into the sincerity of religion. It is the magical realism of the highest order, where humans coexist with monsters. The gods themselves were just as flawed as humans, making them unexpectedly relatable. They were arrogant and vengeful, inviting convoluted and operatic drama.

Moreover, civilization itself was deeply intriguing. Their politics and customs are unique, fascinating pieces of history that we are not particularly far from. Their glorious stories and lives will make them live forever, as many of our films in the genre have proven. Here are the 15 best movies for fans of Greek mythology. 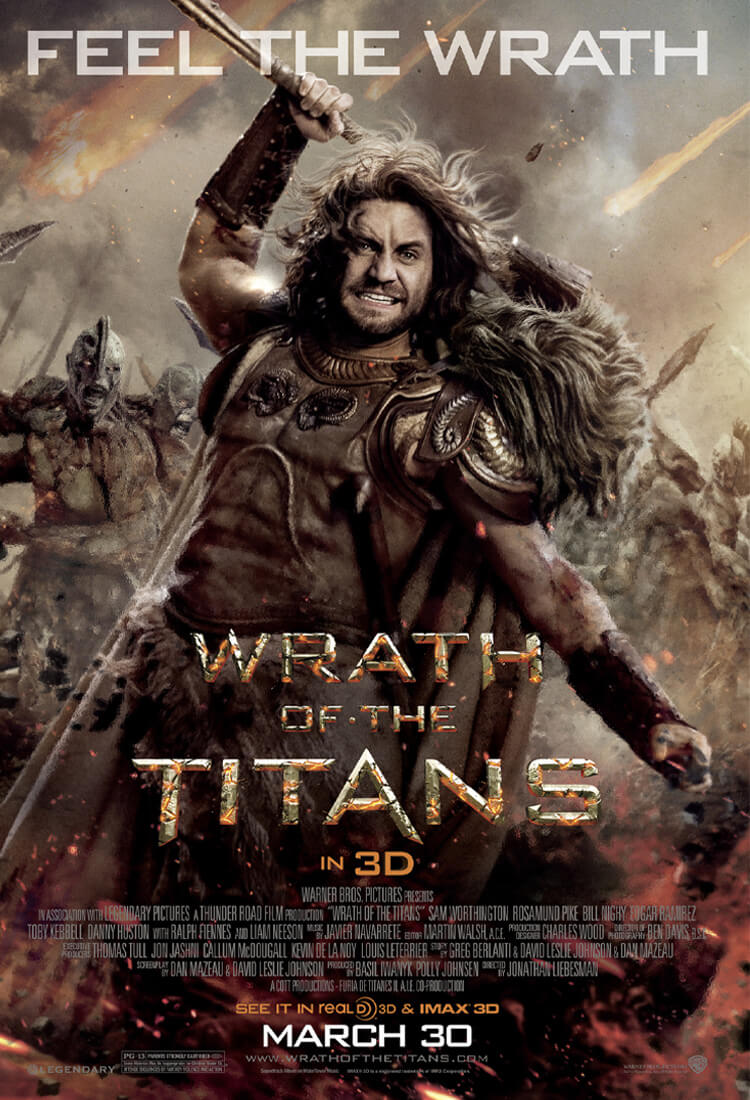 Wrath of the Titans is the sequel to the 2010 movie Clash of the Titans. Unfortunately, he’s mostly been criticized by critics, but he still has his share of fans who just love him for stupidity.

If you’re into Greek mythology, it’s worth checking out at least once to watch some of the monstrous creatures fight. It takes place ten years after the events of the first movie, when the gods lose control over the legendary Titans. Perseus must save Zeus and defeat the Titans to save the human race. 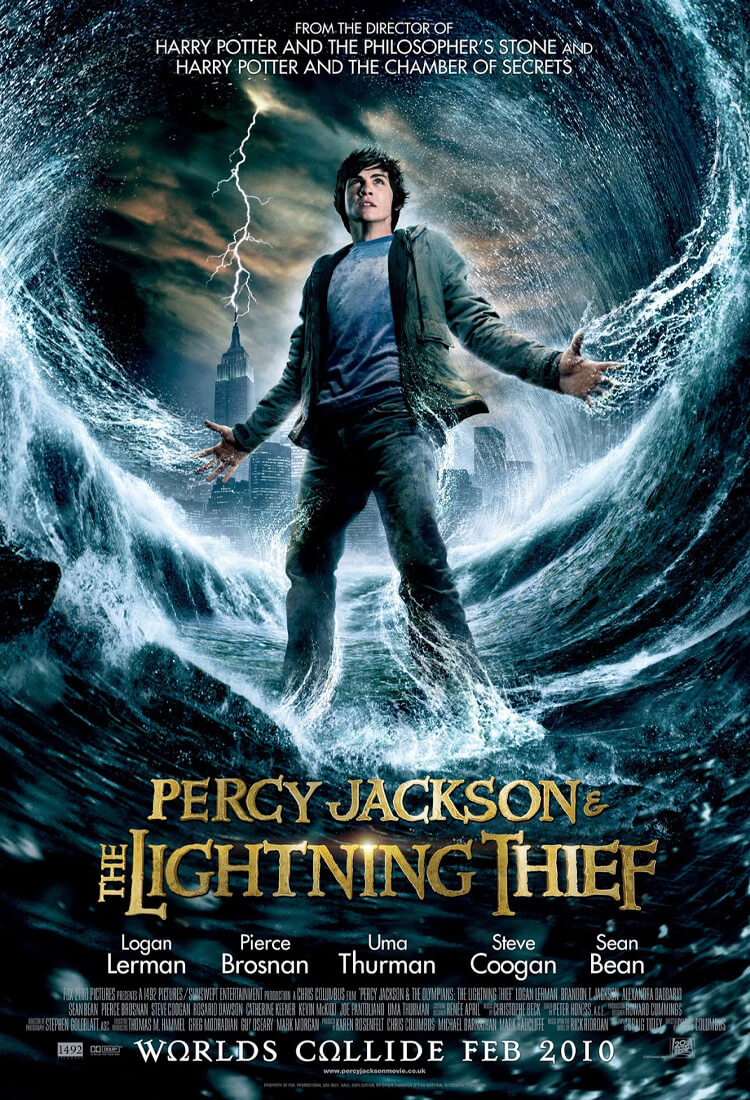 Many hardcore book fans reject Percy Jackson movies because they changed a lot of things in Rick Riordan’s famous book series. However, if you haven’t read the books or try to separate the two mediums, you can enjoy them as fun popcorn flicks.

There are currently only two starring Logan Lerman, Jake Abel, Brandon T. Jackson, and Alexandra Daddario. The films follow Percy Jackson (Lerman), a demigod who is forced into a camp with other demigods of his age, and the adventures Jackson has to go on in the process. 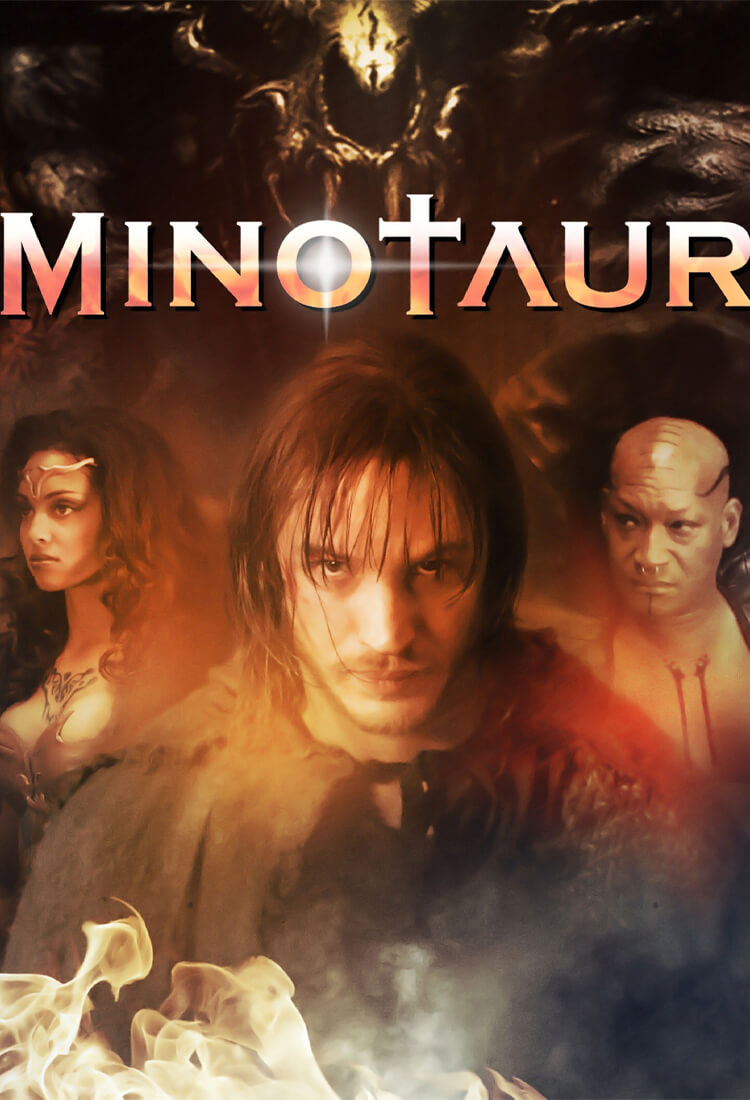 The Minotaur is a very loose retelling of the famous Greek myth. The movie takes place in the Iron Age. A village worships a bull as their god, and a woman has a child from an animal called the Minotaur.

They trap the monster in an underground labyrinth, and every few years, the village has to sacrifice more than one human to the monster every few years. Then one year, Theo (Hardy) discovers that his girlfriend is going to be sacrificed and asks the king for an opportunity to save her from the Minotaur. 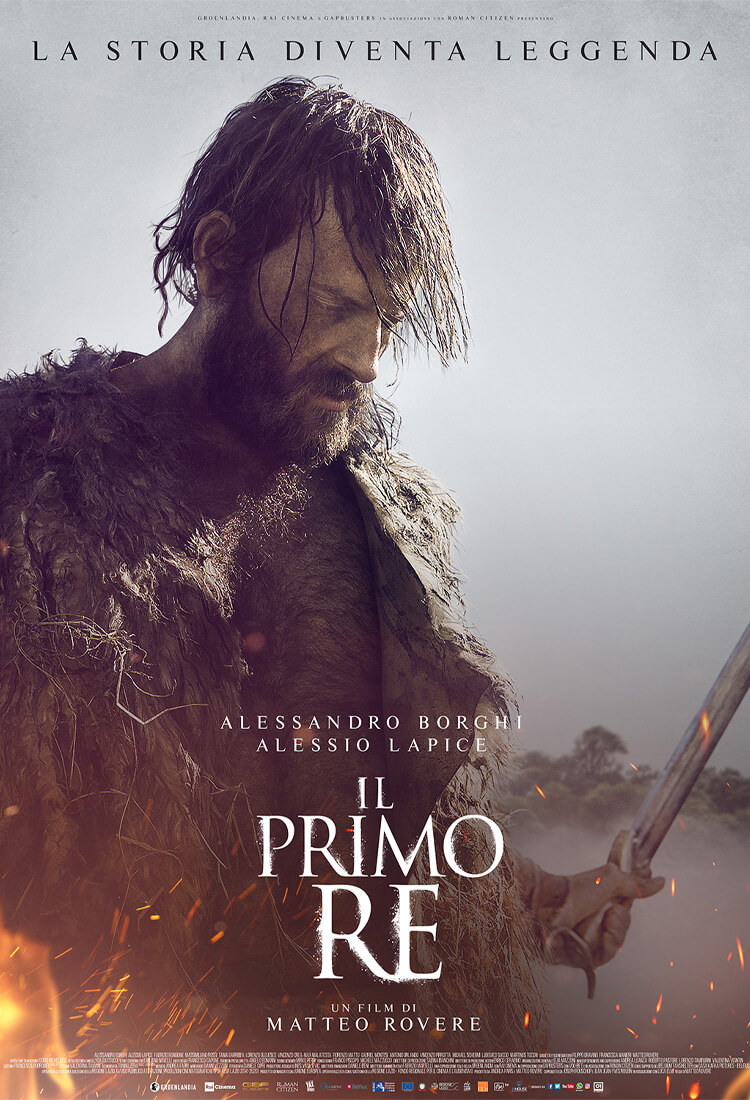 The First King: The Birth of an Empire is an Italian historical drama film starring Alessandro Borghi and Alessio Lapice. This movie is based on the famous legend of Romulus and Remus, the story of two shepherd brothers, one of whom was raised by a wolf.

In the movie, Romulus and Remus embark on a journey that takes them to discover a new nation and encounter a dark betrayal. The film received positive reviews from critics and was nominated for several awards and won several. 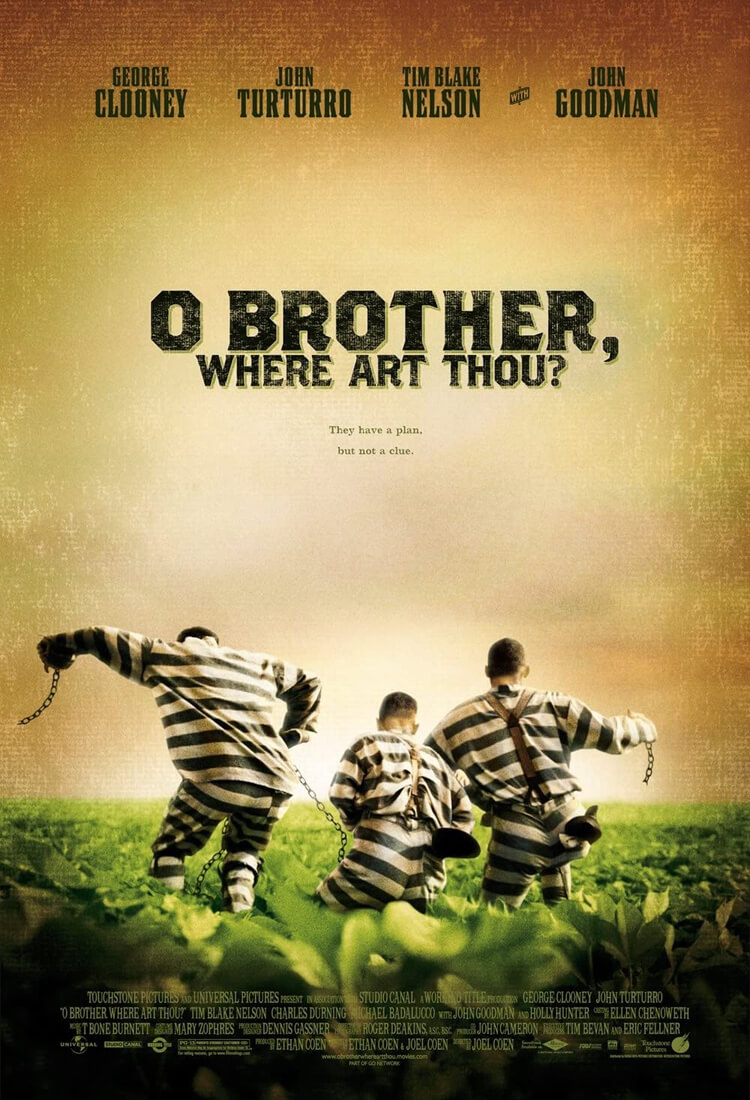 You may be surprised to learn that this comedy-crime drama is based on Homer’s epic poem The Odyssey. It is a satirical film that incorporates many elements of iconic poetry.

Starring George Clooney, the movie follows Ulysses Everett McGill as she tries to adjust to her prison sentence in Mississippi and meets Delmar and Pete while there. The trio embark on a journey to find buried treasure, meeting a host of eclectic characters and encountering many obstacles and adventures in the process. 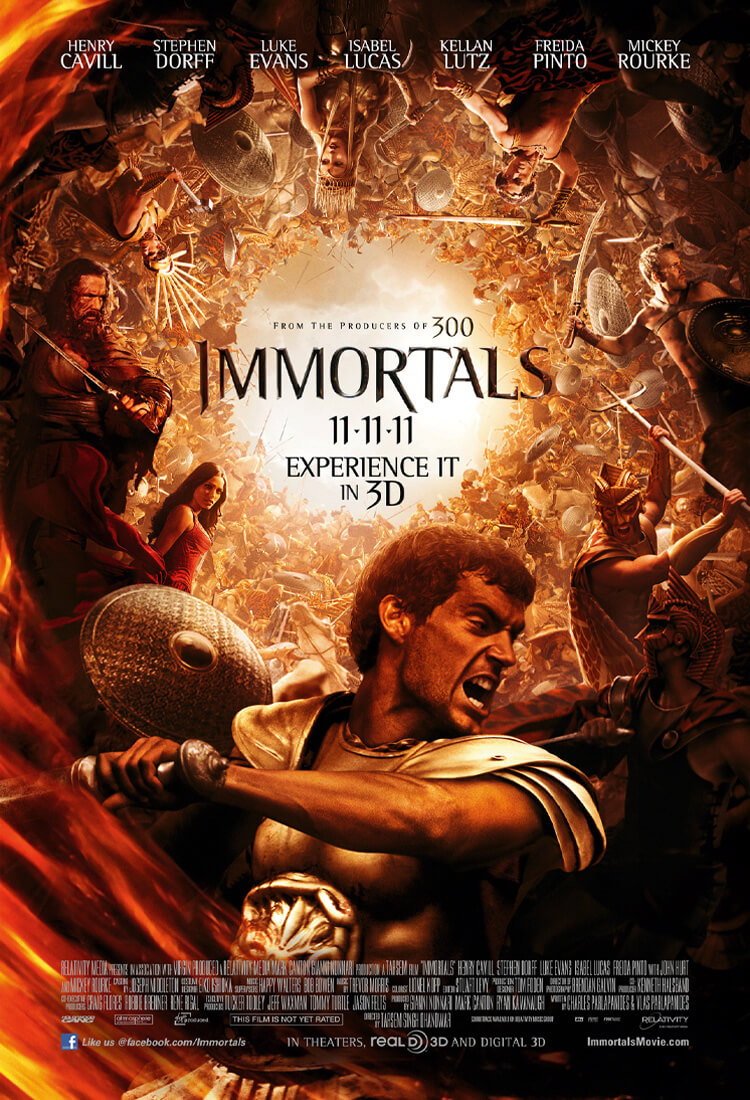 The visuals for this movie are undeniably engaging, with reasonable scope and enthusiasm. Yet it also carries a harsh R rating as it shamelessly borrows from the far superior film 300. This effect boasted the rich art and imagination of Frank Miller, which you might want to avoid competition with.

Especially since the dark cinematography in Immortals can feel boring in comparison. The story itself bears little resemblance to a true Greek legend and instead just plays in that sandbox. This is sadly typical and should scare fans of Theseus’ story. The acting is good but the dialogue is harsh. Ultimately, it essentially asks you to rewatch 300, while prioritizing visuals that look so similar to another movie. 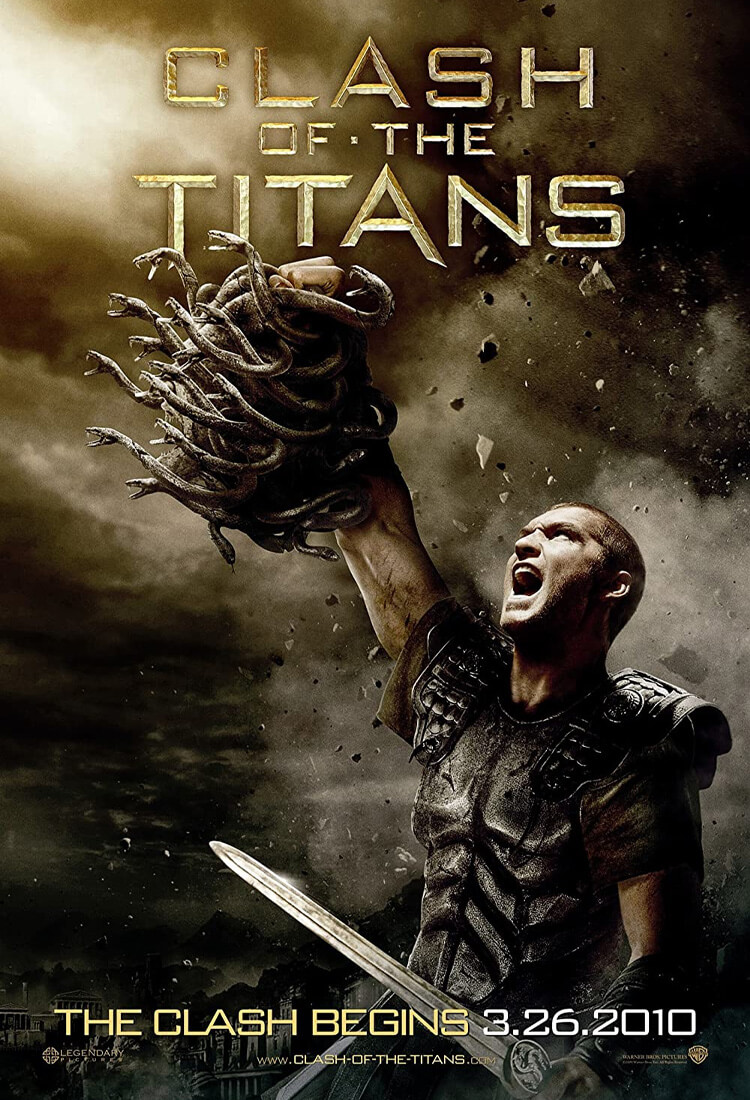 Clash of Titans got a lot of hate, some warranted and unnecessary. The original movie was basically a Ray Harryhausen show and featured incomparable kilimation magic. All in all, this modern has nothing to compare to. Also, the original focused much more on chess matches about the gods themselves and humanity.

The relationship between humans and gods was a priority. This flamboyant remake can be fun with some dazzling clay formations that may be out of reach for newer viewers. The action has its own twist, but the plot is a bit rushed and that doesn’t include character development. 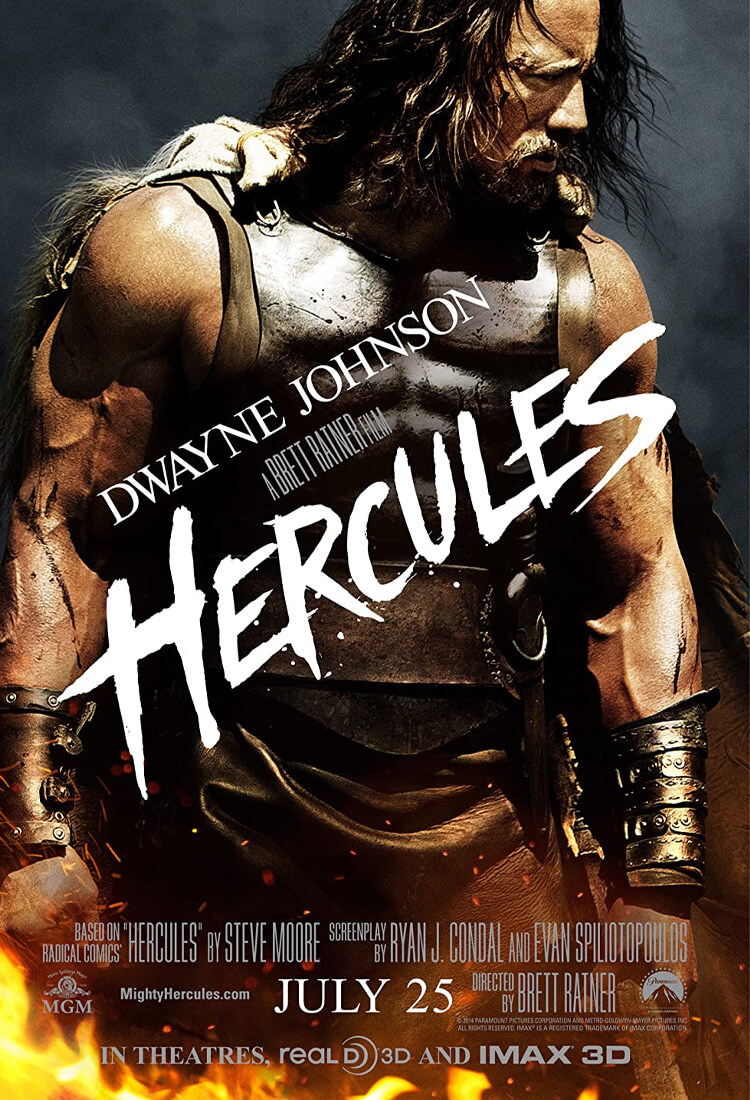 This movie essentially turns fantasy into a recurring joke, subverting the genre’s expectations at every turn. Hercules claims to explain how misinterpretations can often lead to wild speculation and then fantasy legends. So those hoping for this aspect of Greek mythology will be disappointed.

Instead, the story has a light-hearted, almost childlike tone, perhaps befitting its controversial director, Brett Ratner. However, the adventure is lively and fast-paced, and the titular hero is played by Dwayne Johnson – perhaps only because it would be illegal at the moment to make an action movie without him. But he has a lot of charisma and the right physique. She sells the role with genuine enthusiasm and definitely elevates the story. 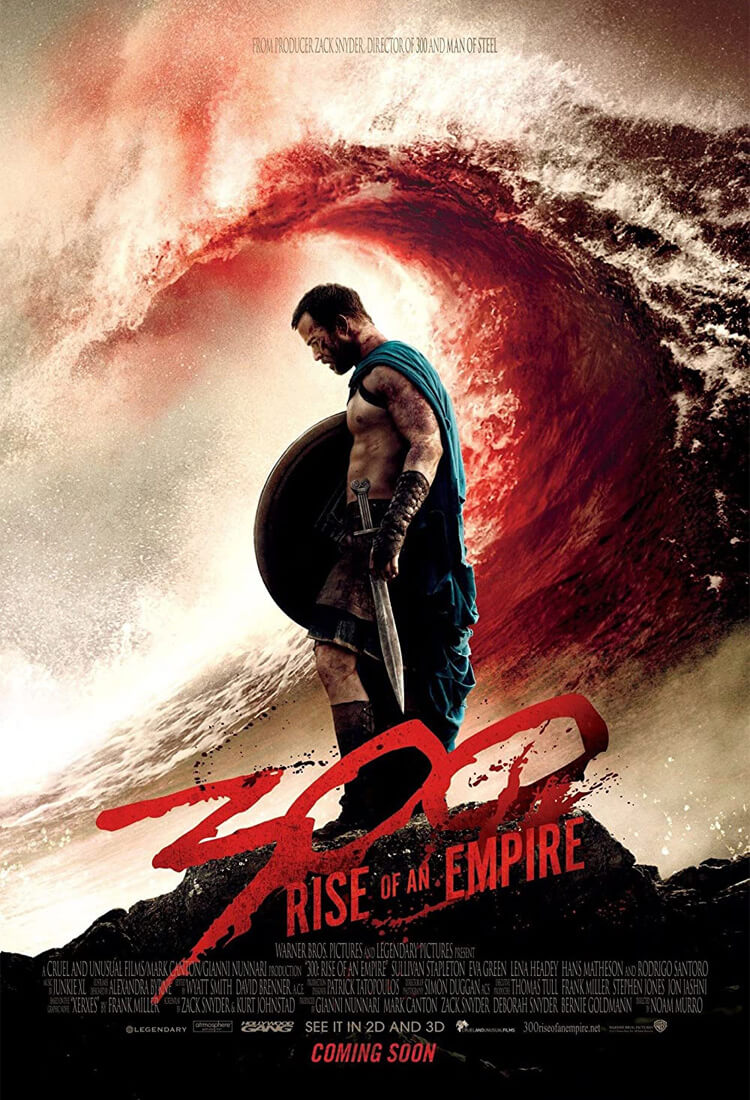 Here’s another movie that looks great but puts plot and character aside. It also leans more towards fantasy, which may disappoint fans of the original movie. For all its visual exaggeration, this first outing only carried hints of fantasy. But the new origins of Xerxes described here… are questionable to say the least.

Anything set with an ocean backdrop is inherently beautiful, including the corresponding action sequences. The brutality suits this harsh, stormy weather. But the main character is the weakest part of the movie, and this is hugely detrimental, especially when compared to Leonidas. The real point of intrigue is Eva Green, whose Artemisia is both a likeable and attractive villain. 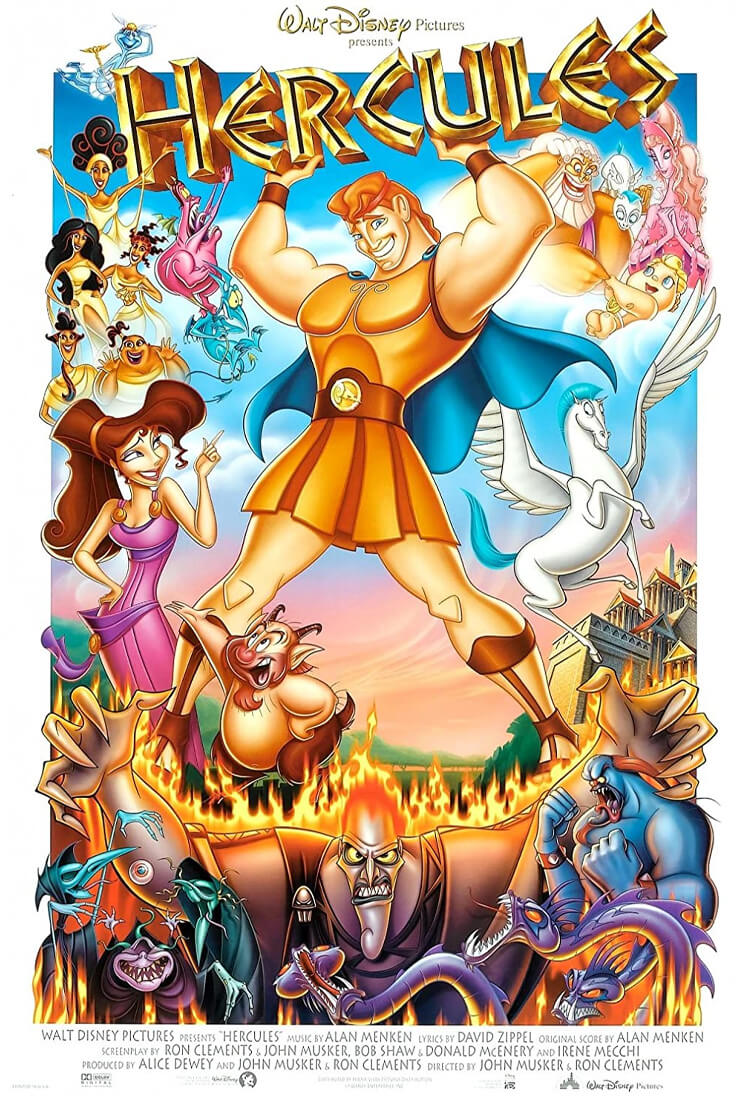 1997’s Hercules is perhaps the most entertaining of all Greek mythology movies. Disney now has enough influence to rival the gods, so be sure to revisit this classic on Disney+. The songs fit everything from the Disney Renaissance and the characters are just as catchy. Hercules may be a typical outcast, but his determination and cunning are entertaining.

Meg is one of the greatest female characters in the Disney canon, with her charming sarcasm, empathy, and independence. Also, the evil Hades is absolutely hilarious. In fact, all comedy is golden with surprisingly meta humor. This extends to references to Greek mythology itself. This movie satisfies fans of both Disney and Greek myths. 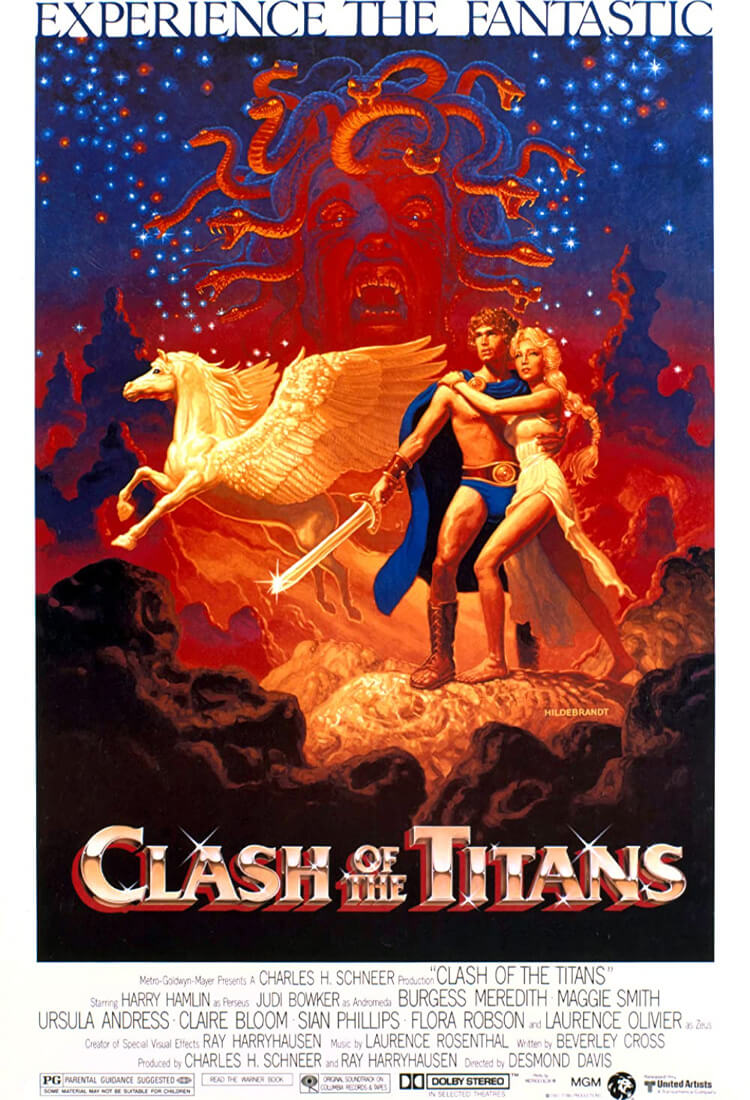 As many such stories offer, the lively plot itself is essentially another simple adventure. However, the enigmatic art of a Ray Harryhausen is utterly enriching and contagious to see. Every new creature radiates creativity and aesthetic passion.

Maybe it was way back when Star Wars stole the hearts of fantasy fans, but Harryhausen was an undeniable genius. That fun aside, the tragedy in this tale is not lost through adaptation, and luckily the performances continue. The intervention and primary perspective of the gods is arguably the most interesting aspect of this classic. 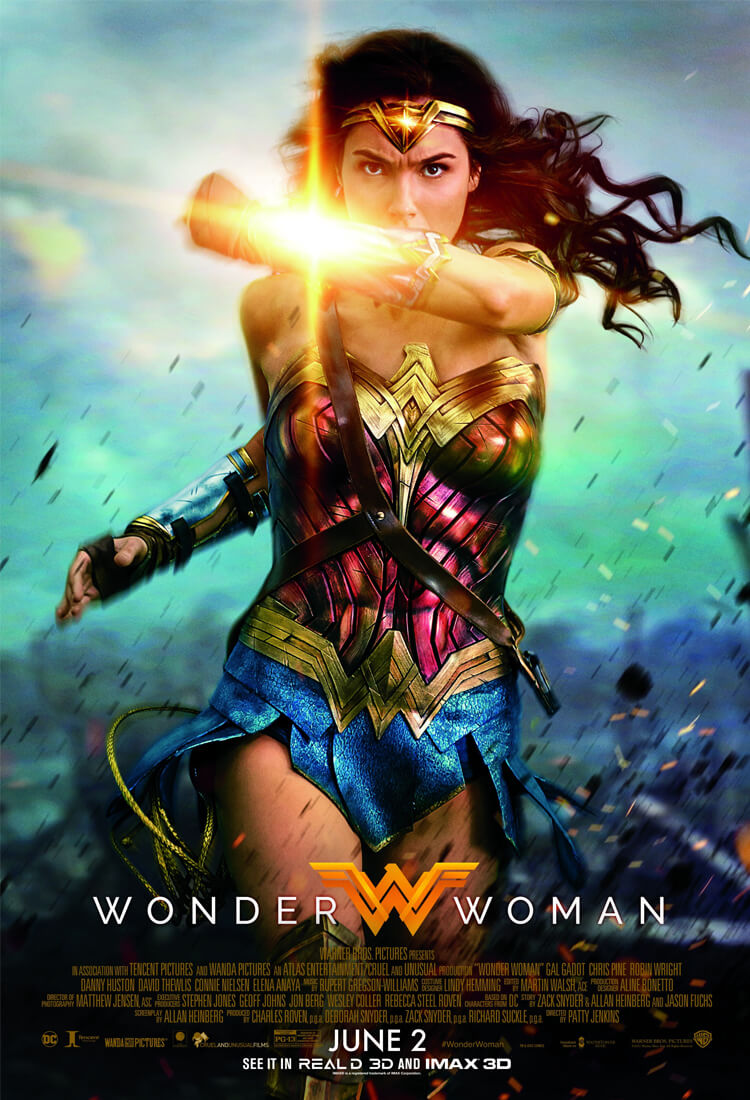 Although Wonder Woman is in the DC universe, it is among the Greek mythology movies at its core. This blockbuster hit was a breath of fresh air for this niche genre, despite occasionally indulging in the superhero beat. Diana’s origins in Themyscira are utterly gripping, believable and visually stunning. And its integration into World War I provides a masterful handling of issues related to race, gender, and human flaws. Rarely are conversations so frankly handled with such digestible nuance.

The story comes first and unfolds with the perfect balance of action, heart, and humor. Diana may not fight giant creatures, but she definitely does face the most real monsters. This rich storytelling is also backed by a great cast, dazzling effects and that powerful music. 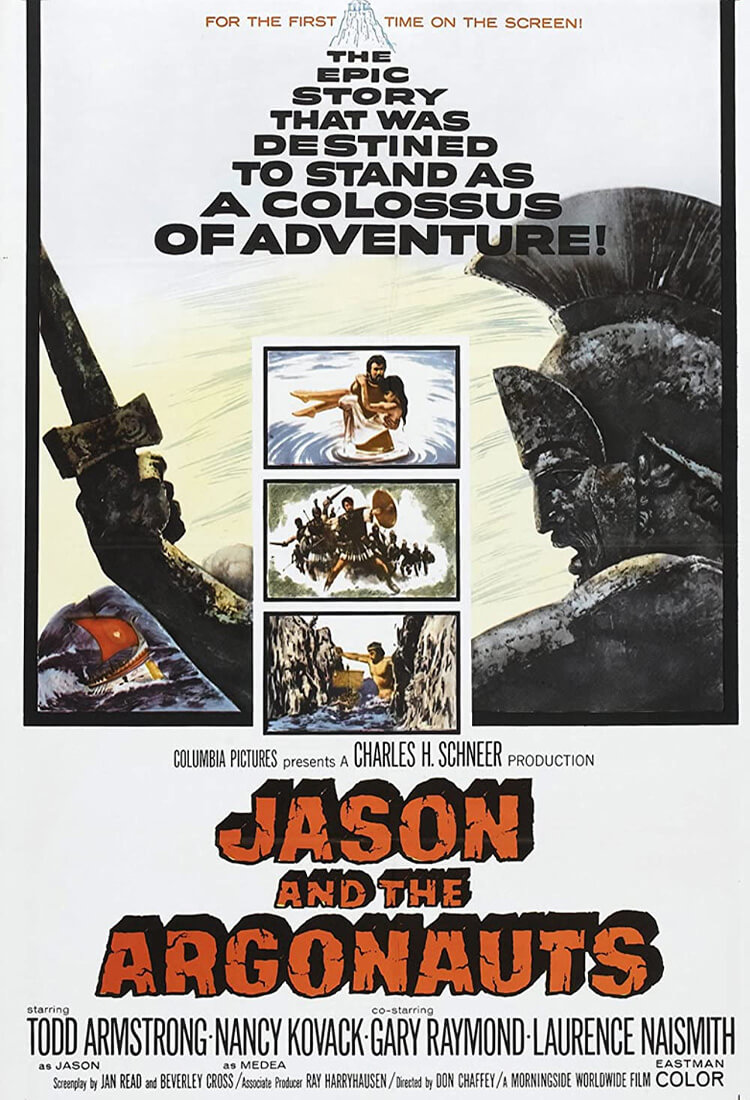 The original classic go-go movie for fans of Greek mythology. Its effects were far ahead of its time, innovative and fascinating for each unique design. The compelling story stands on its own, but it was also conducive to a boiling pot of various creatures.

And that’s the biggest trick of the genre – setting up humans and monstrous foes with equal shares of personality. Progress is fast enough, and each scene thoroughly radiates love for Greek mythology. The characters are loud and funny. Prophecies, monsters, Hercules, Gods intervening – this movie is the ultimate hit compilation for any mythology lover. Fortunately, the poignant story continues with Ray Harryhausen’s timeless work and solid performances. 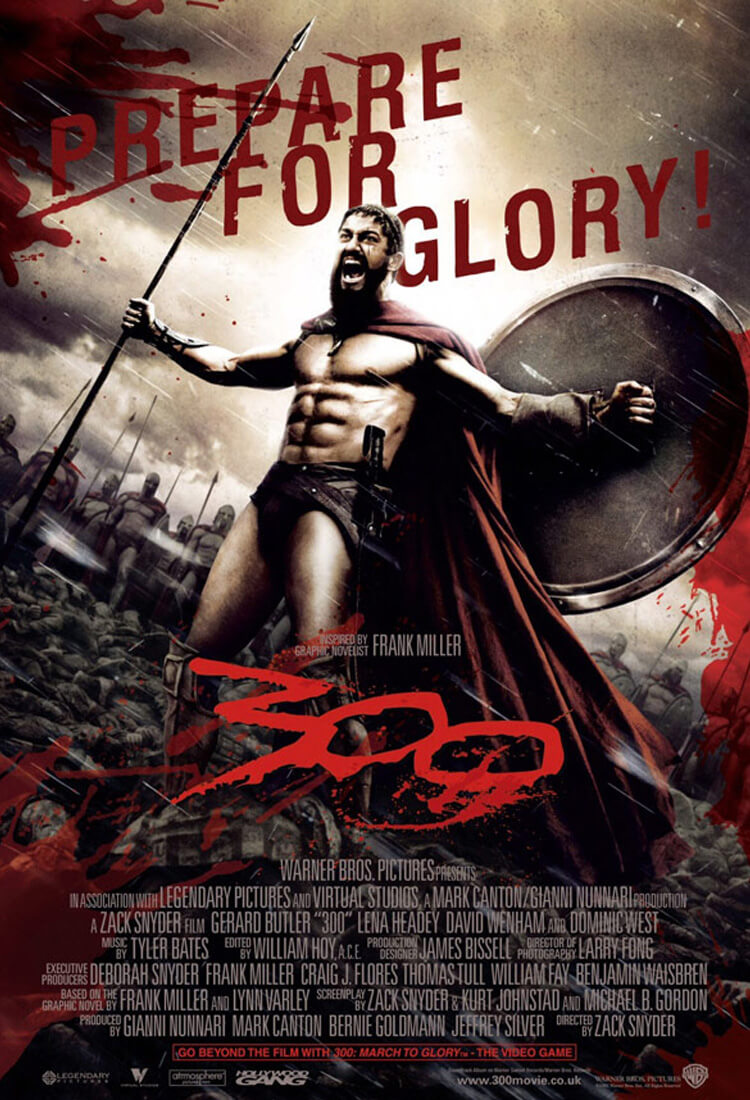 300 is one of the first productions that come to mind when it comes to Greek mythology movies. Frank Miller’s comic definitely plays very loosely with history. And the actual plot is pretty simple, primarily set in Thermopylae. But perhaps one of the most famous wars in history is a tale of the underdog that introduces a compelling, macho culture. Spartans and their customs are very cruel and strong, despite their genuine love and sympathy.

He has a strong passion for brotherhood, fatherhood and marriage. The characters are larger than life, as are their battles narrated by a Spartan. This narrative angle forgives any potential fabrication or point of view. While this war story is purely exaggerated and stylistic, it is certainly the most crude, amusing execution of such wanton excesses. 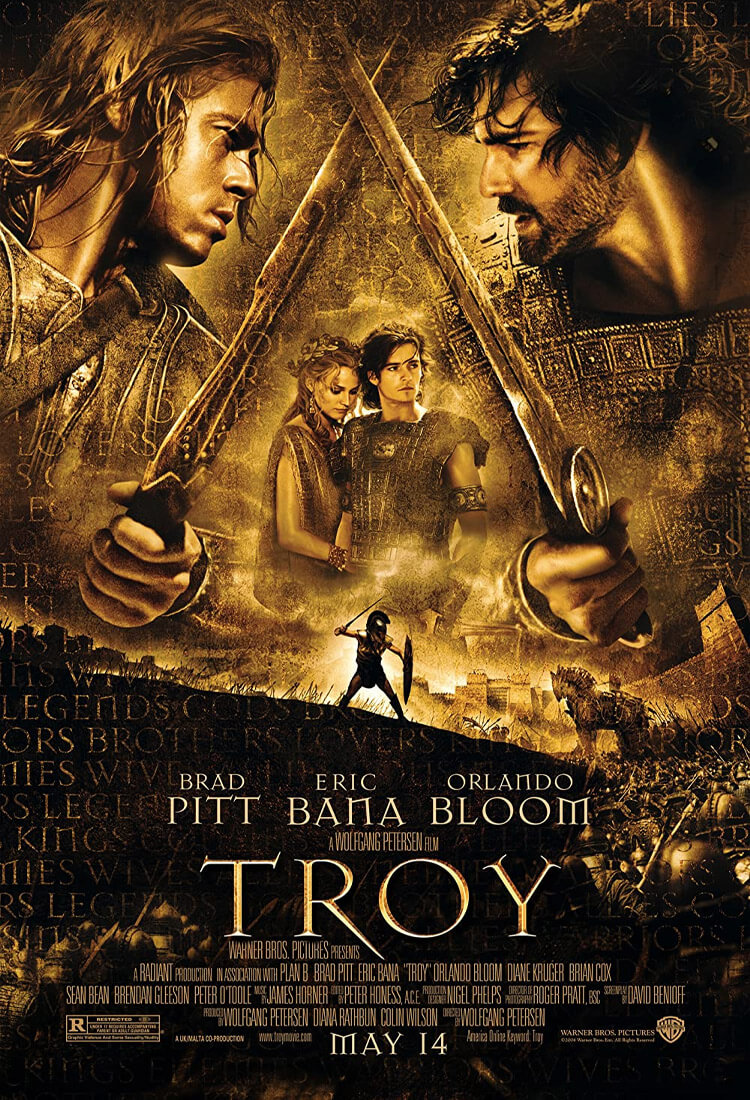 Troy is almost a star among Greek mythology movies. This grounded approach to the Trojan War may not be as flamboyant as some of the others listed here, but it’s certainly the most character-driven, convincing presentation of a Greek legend that still offers slick action sequences. Every battle seems to be won, as viewers are allowed to invest in the entire cast of characters.

The heightened sense of romance and dignity is always driven by a persuasive approach. Even things like philosophy and destiny are invoked in dialogues that are simultaneously grandiose and sincere. The characters are perfectly formed and give stunning performances. The iconography is captivating, the script measures both personal and epic, and James Horner’s score is equally moving and expansive.