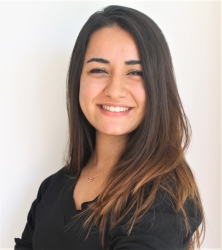 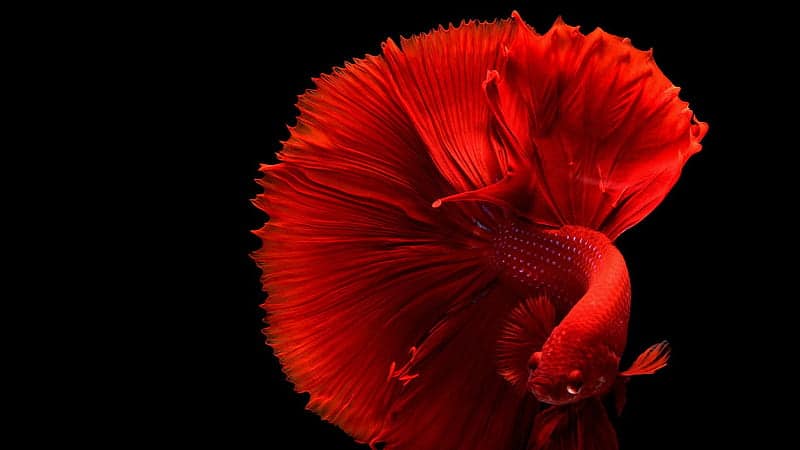 The Latin name of the beta fish is Betta Splendens. They attract a lot of attention, especially thanks to the magnificent fins and tails of the males. Since they are almost “not dead”, they are easily found in pet shops and they have a lot of buyers.

This aquarium fish, which is famous for its beauty and does not die easily, has many interesting features. The beta fish is a species native to Southeast Asia. These fish are quite small and colorful. In Thailand, the beta fish is known as “pla kat”, which means “fight the fish”. As a matter of fact, this species, which is also called the “fighting siamese fish” in our country, prefers to live alone. We have compiled the topics that are curious about beta fish for you: 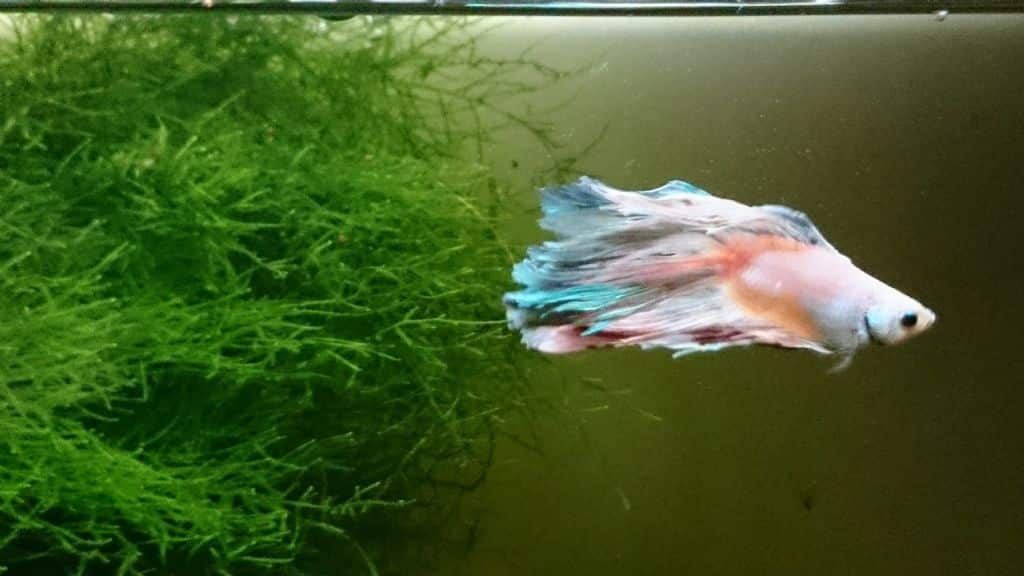 The natural habitats of betta fish are swamps with dense vegetation and very slow flowing or completely stagnant waters. They do not need to have plenty of oxygen to continue their lives, and they even have the opportunity to avoid larger fish thanks to this feature they have. Because this species prefers to live in shallower and relatively polluted places, other aquatic predators avoid living in such areas. In addition, the dense vegetation in the habitats of bettas prevents them from becoming a clear target for reptiles or birds.

Beta fish do not need oxygen like other fish, and they owe this to evolution. Because over millions of years, they have survived in places far from other species and adapted to this in order to continue their species.

Unlike other fish, beta fish have another respiratory organ, called a labyrinth, that allows them to survive even in places where the amount of oxygen is very low. This additional respiratory organ ensures that the free oxygen in the air is used for respiration. Beta fish can survive in conditions that most other aquarium fish cannot survive, thanks to the respiratory system they have developed.

What Should Be Considered for Happy and Healthy Beta Fish? 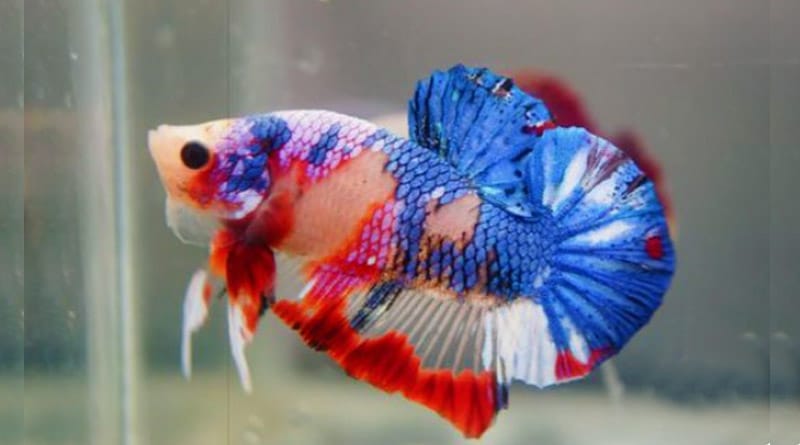 beta fish , It should be kept alone in the aquarium. Regardless of whether they can survive even in the absence of oxygen, they should be present in at least 20 – 30 liters of water in large aquariums. Although they may live longer in far fewer, it should not be forgotten that it is just as important for them to enjoy life and feel healthier. In fact, beta fish, if they are worried and stressed, throw themselves out of the aquarium they live in and commit suicide. Therefore, the living conditions provided to them must be suitable for this species.

Bettas are aggressive fish, as mentioned earlier, they should live alone. While they tend to fight with other fish in the same environment, if they stay in the same environment with a fish of their own kind, they will definitely fight. For this, it is enough to show the beta fish by holding a mirror and observe how it reacts. But while doing this, you should not miss the dose. Since this fight will stress the betas, it can also negatively affect their health.

On the other hand, this mirror experiment is a good exercise for the fitness of betas “provided it is never prolonged”. Because this short-term moment of danger contributes to their being physically vigorous and alert. And of course, since they open their fins completely at this time, they also offer a visual feast to their owners.

Fights are sometimes organized for beta fish, which are notorious for their aggression. This is extremely wrong. Beyond being ethically wrong, if the beta fish left in such a situation get into a fight, they will surely continue until someone dies.

Due to the aggressiveness of beta fish, production is also difficult. It is quite wrong to put a female beta in the aquarium for breeding. The result of this behavior will also likely result in the death of one of the fish. Breeding of beta fish should be done by experts who know them well because of their behavior.

Beta fish have an average lifespan of 4-6 years. Their fins, which are different from each other, can be red, blue, green, golden yellow or violet. These are the colors that we can see more in still waters or in the aquarium. Because in the wild, the fins of beta fish are not visible. 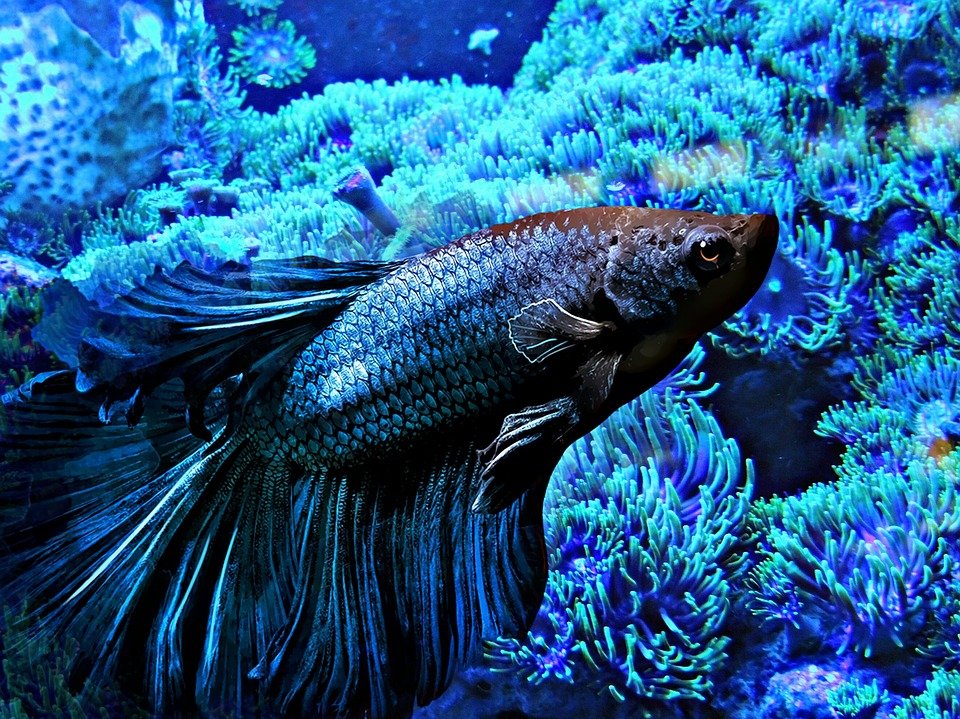 The features described so far show what an interesting species betas are. But their interestingness is not limited to these.

These magnificent fish eat insects and flies that fall into the water, as well as algae in stagnant waters.

2nd) Tails of betta fish are quite diverse. .

It’s not just their color that makes them so majestic. In addition, their tails, which float as if dancing in the water, enhance their aesthetic appearance. There are different types of tails such as spade tail, comb tail, tulle tail, crown tail.

3) Beta fish are perhaps the most intelligent animals of their kind.

Betas know their owners and can learn to follow their fingers. It can even learn to propel a ball in the water towards the indicated target. Betas tend to have a mind-based relationship with humans. This situation makes them one of the most preferred fish for the home.

4) Betas are naturally brown or green in color.

Beta fish, which we are used to seeing in aquariums, are colors obtained by selective breeding. In the wild, bettas are not that colorful, and their fins of different shapes are not visible.

Fighting Siamese fish are territorial. They attack to protect their territory from other fish. This usually results in the death of one party.

6) These fish can jump very high.

If they come across something other than the images they are used to, they immediately go to it and begin to examine it for a long time.

What are the Points to Consider While Keeping a Beta Fish? 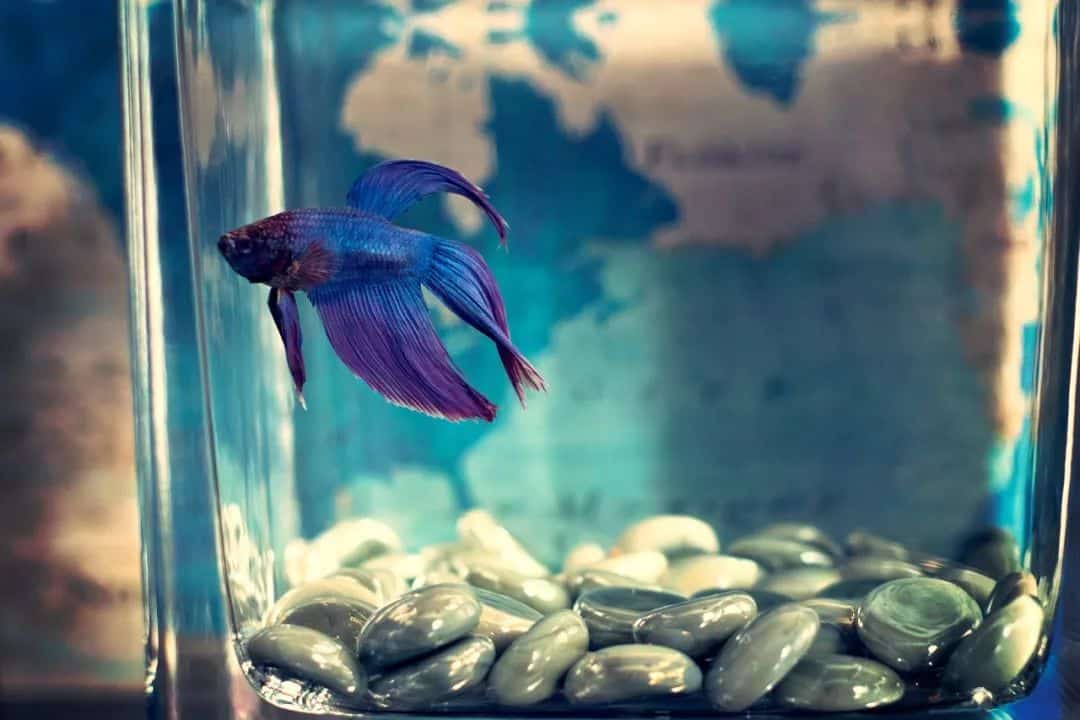 Although betta fish are famous for their ability to survive in harsh conditions, it is important to provide certain conditions for them to be happy and healthy. The best water for aquariums is rested water. But if it was bought recently and the water did not have a chance to rest, the aquarium should be filled with drinking water. Because tap water contains very high levels of heavy metals and chlorine. This can cause your betta fish to die in the long run.

While their water is being changed, an entirely new water may do more harm than good to them. Therefore, less than half of the aquarium water should be changed every 2-3 days. The reason for this is that a sudden change in the bacteria that they are used to in the environment will make their adaptation difficult and will harm the fish.

The decorations, stones or any decor used in the aquarium should be natural. Because all kinds of painted products will release their dyes due to waiting in water, and it may cause a toxic effect for the living things in it. In fact, this situation should be seen as a common threat to all fish, not just betta fish.

As a result, providing optimum conditions for these fish, which can actually take care of themselves, will mean having a happy fish in your home. It will give you peace with its magnificent visuality and will be an indispensable member of your home. Therefore, it should not be forgotten that he has needs and should be cared for accordingly.

Journey Towards the Self: Legend of Simurgh
Elif Özçakmak • 20 March 2017