Things to Know About the Layers of the Sun

The layers of the Sun are of great importance for the great universe in which we live. While the sun is important on its own, its constituent parts, namely its layers, should also be known. So to speak, we can say that the planets survived thanks to the sun. Countless planets benefit from the amount of energy the Sun has and radiates around. Every planet, from the closest to the sun in terms of location, gets its share from this energy. Solar layers are related to the internal structure of the Sun. This internal structure allows us to know the physical structure of the Sun.

In this way, scientific studies about the sun are carried out more healthily. If we need to count briefly in the introduction, the Sun consists of 6 basic layers. Each of these layers has its own specific heat and energy conditions. These layers are the innermost solar core, radiative layer, convective layer, photosphere, chromosphere, and corona, respectively. Each layer also provides information about the formation process of the sun. In this way, modern studies on the sun continue today. Let’s get started with a brief introduction to this huge energy giant. 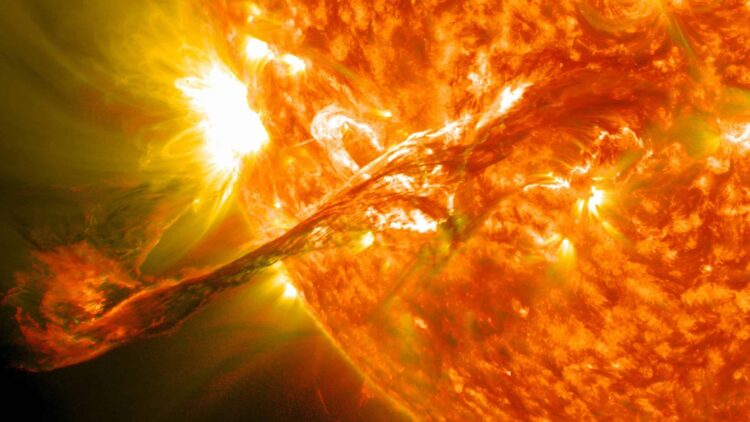 The sun has been a source that attracts people’s curiosity throughout almost the entire history of humanity. From primitive communities to today’s cosmopolitan culture, the sun has always remained popular. We can say that it has a historical journey from the unique subject of primitive beliefs to the unique subject of scientific studies. Of course, in today’s scientific studies, the admiration for the Sun continues to multiply. In our article titled the layers of the Sun, we wanted to get to know the Sun better before we start listing the layers. First of all, it should be noted that the Sun has had different meanings throughout the history of humanity.

Sometimes a god or goddess, sometimes a source that powers the Earth and the entire universe. The Sun has a significant role in the transition from primitive life to the periods when production was done collectively. The reason we say this is because people organize many of their actions according to the Sun. Even today, the Sun continues to determine working hours and many other things in daily life. With the development of astronomy, it is proved that the Sun is a celestial body rather than a divine creator.

Layers of the Sun

In this way, nuclear reactions occur. Finally, the energy that carries energy to the layers of the Sun emerges. With the combination of these protons and proton-charged atoms, the “helium atom” emerges. Nuclear reactions, on the other hand, are called fusion. Excess photons are formed as a result of nuclear reactions of fusions. We can list these photons as cosmic rays, X-rays and Gamma rays. It may take millions of years for the photons emerging here to reach the radiation layer, which is the layer after the nucleus.

The radiative field, also known as the radiation layer, is the layer where energy transfer is made by radiation, as the name suggests. We talked about the emergence of energy photons in the core of the sun. In the radiative layer, these photons interact with various particles in the field. As a result of this relationship, the energy is carried to even higher layers. While the energy transfer from the core to the outer layers takes millions of years; This transfer takes place from the radiation layer to the upper layers in approximately 170,000 years. The next layer is the convective layer.

Substances begin to heat up and rise as they heat up. Then the cooling process begins and the journey back to the substrate begins. In the most general sense, this phenomenon is scientifically called “bulguring”. There are also many scientific views on the convective layer. The most striking of these views is the Dynamo View. According to the theory, the formation of the Sun’s magnetic field takes place precisely in the convective field. This naturally takes the convective field out of a material-carrying layer only vertically.

The visible part between the layers of the Sun has the name “photosphere”. In this sense, it can be said that the area that humans and all living things can see is the photosphere. The photosphere has a lower temperature than the layers before it. As a result of scientific studies, images of the observable parts of the Sun begin to emerge. Today, these images are collectively called “Sunspots”. It has been determined that the areas with this stain appearance are colder than the other layers and regions. It should also be noted that these regions are areas where the temperature level drops further.

For this reason, the magnetic field strength is at higher levels in these spots. While sunspots sometimes last for a day, sometimes they can stay for weeks. The photosphere is also the first point where the solar atmosphere begins. It can also be said that the surface begins in this section. The part of the Sun through which humanity dreams and fantasies is precisely the photosphere. It is not surprising in this sense that another name is a sphere of light. Apart from the photosphere, there are two more layers in the solar atmosphere.

The chromosphere is located between the layers of the Sun, which comes after the photosphere. At the same time, the chromosphere is the second ring of the Sun’s atmosphere. In this layer, the temperature values start to show a tendency to increase. Temperature rises between 6 thousand and 10 thousand K are noticed. Red waves emitted by the sun occur in this part. The name of the chromosphere is exactly inspired by this. Light waves, which are noticed to be red as a result of reactions at hydrogen levels, are filtered. It is also important in terms of the solar eclipse, which brought interesting transformations and beliefs in the history of humanity.

There is an opportunity to be observed during a solar eclipse. As a very thin layer, it can be noticed by the human eye or larger astronomical instruments. In addition, another name for the Chromosphere is defined as the “color sphere”. The reason for this is undoubtedly that the color red is felt very intensely. As a result of new scientific research carried out today, the temperature balance between the layers of the Sun has changed. So much so that, according to the old belief, the temperature would increase as you approached the center of the Sun, and in the opposite case, it would decrease. New studies say it’s the other way around. 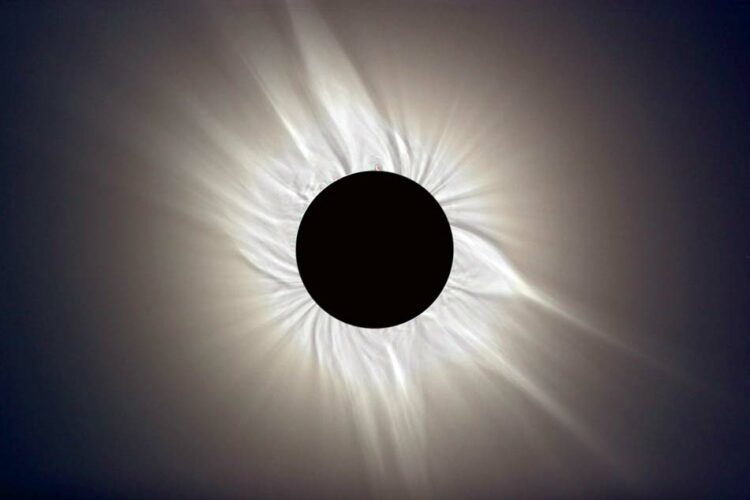 In the light of recent scientific studies, it has been determined that the temperature is quite high in Taç Küre. These temperature levels can show maximum levels just like the Sun core. As part of NASA’s studies, this information has begun to be used today. The underlying reason why the corona layer is so hot is shown as the magnetic field. As a result of the relationship between the magnetic field and pressure, such a heat occurs. It should be noted that there is a transitional section between the Chromosphere and the Crown Sphere in the previous section.