What is a Monolith? How did it come about?

A monolith is a geological/technological large mass of solid stone and rock, similar in appearance to a mountain. These masses are usually caused by erosion. The three largest geological monoliths in existence on earth today are located in Australia, Mexico and the USA. For years Uluru/Ayers Rock was thought to be the largest monolith, but this does not reflect reality. Because Uluru is not a monolith. Even as a monolith, Mount Augustus is about 2.5 times larger. 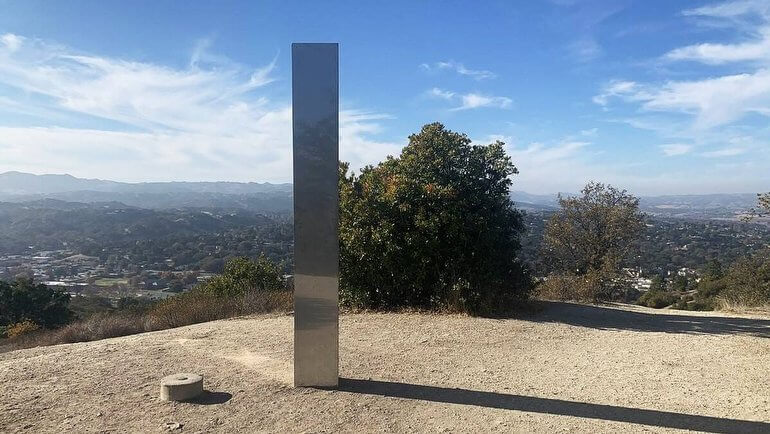 Other Geological Monoliths Found Around the World 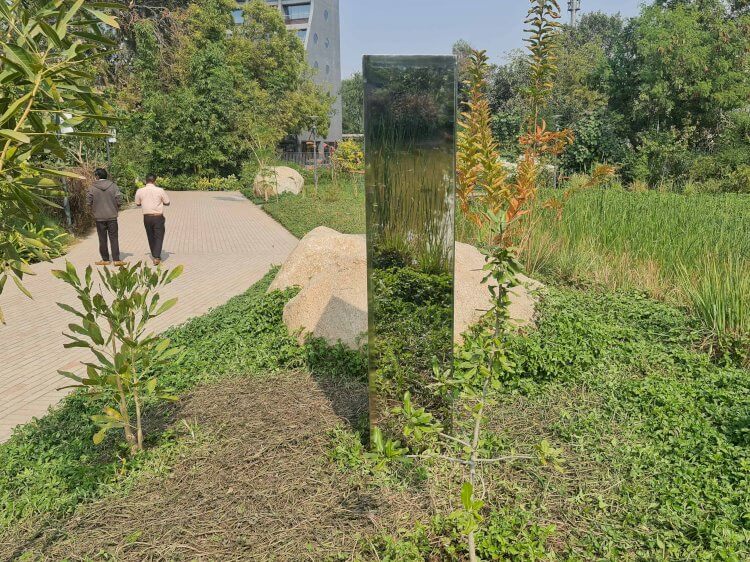 How Did the Monolith Appear? 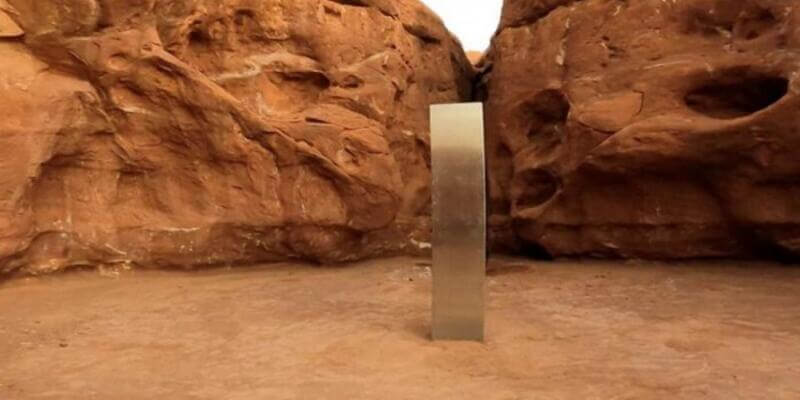 In the past year, monoliths have started to appear in many different parts of the world. Their appearance without any warning or explanation has raised many questions in everyone’s minds. These monoliths suddenly appeared and disappeared in the same way. In fact, the monolith that originated in the Republic of the Congo was set on fire shortly after its discovery. In addition, it was learned that Netflix was behind the monoliths, which were first seen in the US state of Utah and later in countries such as Romania, England and the Netherlands.

It was understood that a monolith was erected in these areas as part of a comedy show prepared for the platform. This fact emerged after Australian comedians Mark Bonanno, Broden Kelly and Zachary Ruane’s confessions and videos they uploaded to their social media accounts.

It was found in February 2021 in Örencik Neighborhood in Göbeklitepe, which is about 20 km away from Şanlıurfa center in our country. Those who went to his land encountered a 3 meter high metal block in the field. After its discovery, although guards were erected at the head of the monolith, it disappeared a few days later. The words of President Erdogan about the monolith attracted a lot of attention. In the National Space Program he said; The words “look at the sky, see the moon” were also found on the monolith in Göbeklitepe. In this way, the mystery of the mysterious monolith seen in our country was solved. 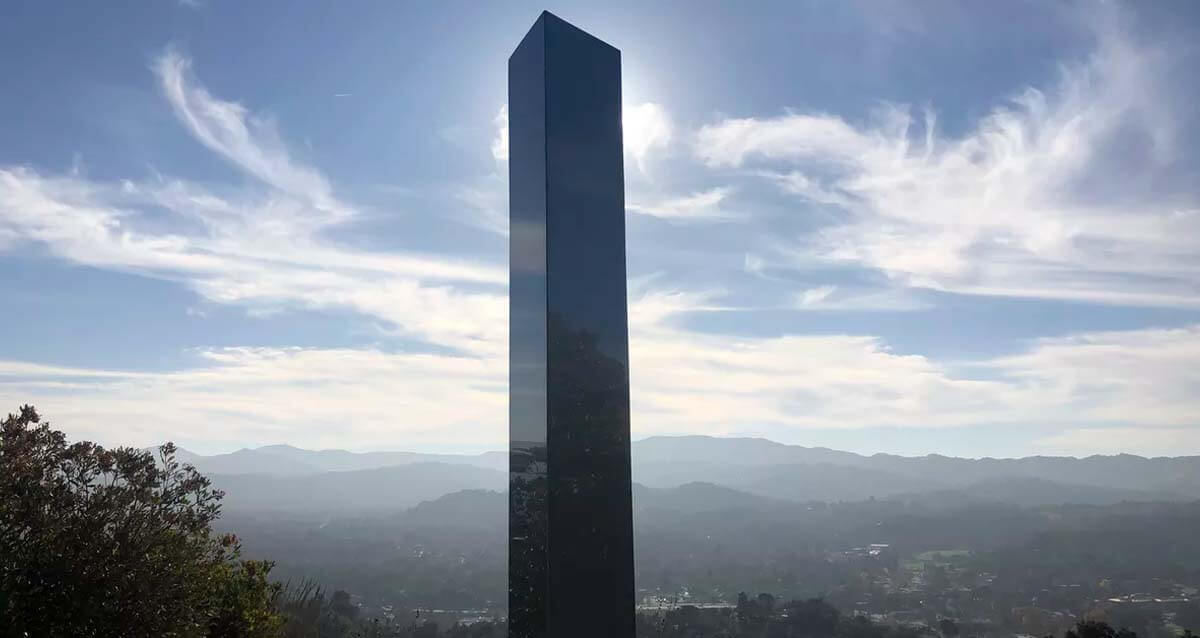 The “mysterious” monolith in our country has finally emerged in Diyarbakır’s Zerzevan Castle. The monolith, which was previously located near Göbeklitepe and was apparently placed there as part of the launch of the National Space Program, was found this time in Zerzevan. It was understood that the reason for this was for the promotion of the Sky Observation Event, which will take place in the castle on September 2-4. The people, who saw the monolith, were surprised by this situation.

The last news recorded about mysterious monoliths around the world is in India. A monolith has allegedly been spotted at a walking park in Bandra, the capital city of Mumbai. It was reported that mysterious figures were written on the side of the monolith by people who went to the park and encountered the scenery. This is not the first monolith seen in India. A few months before March 2021, a monolith had also appeared in Thaltej’s Symphony Forest Park. This monolith is among the reports on which numbers are written. It was said that the figures written in the reports about this monolith have something to do with nature and wildlife conservation.

The secret of these mysterious monoliths seems to have been revealed for now. 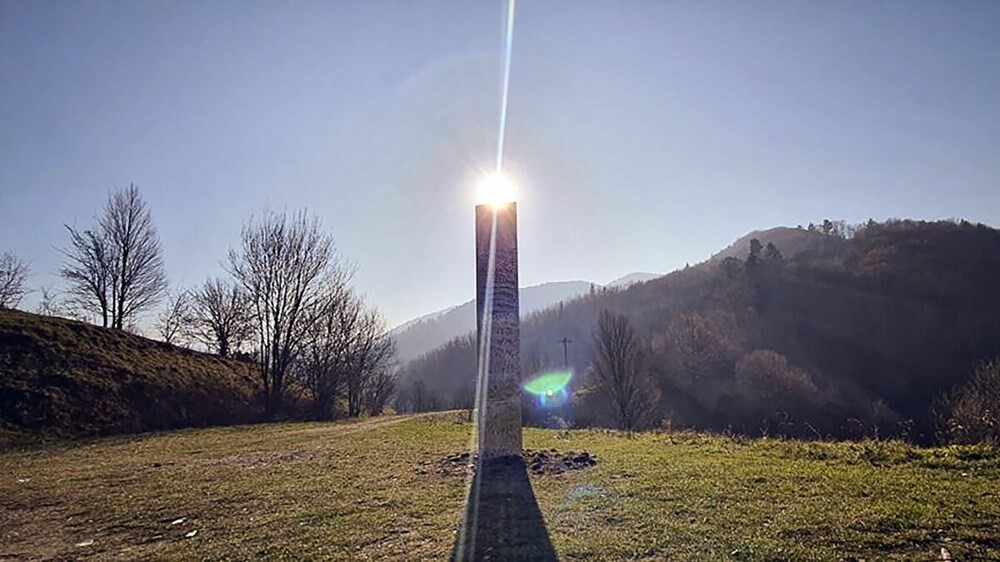 With the first monolith that emerged in the USA, the whole world (especially the internet) turned its attention to this direction. These metal formations, which appeared and disappeared in mysterious ways, attracted the attention of some, and became goygoy material in the hands of others. In fact, as in most movies and TV shows, these monoliths have even been thought of as evidence of alien life forms. But after the news emerged one by one, the secret of this mystery seems to have been solved. Mysterious monolith news seems to have fallen off the agenda now.

It is possible to say that the thought of people that monoliths are related to aliens is in a way based on Stanley Kubrick’s iconic movie 2001: A Space Odyssey! In the movie, we see a group of primates having dinner in a deserted place. While they are fighting, a mysterious stone suddenly appears. Thanks to this emerging stone, primates begin to use tools for the first time. In this way, the use of reason, one of the steps of evolution, begins and the dawn of humanity comes. In the next scenes, we are in a spaceship 4 million years later. This ship contains mysterious signals from the moon. Following these signals, people discover the black stone.

These signals also point to Jupiter, then people find themselves right here. The AI on board has undoubtedly made plans for itself. It is a work that leaves you wondering at every moment and shapes what you think about evolution or what you want to learn. Although the film garnered considerable criticism at the time of its making, it is portrayed as one of the masterpieces of cinema. Because of the movie that reveals the emergence of intelligence, which is the step that separates humans from animals, this is the first question that comes to people’s minds after the emergence of monoliths; Are aliens sending us messages? Of course, there are still people who support this idea.

But monoliths, the metal we see all the time, don’t occur at 3 meters in size. There are many marvelous monoliths that have been formed in various parts of the world as a result of erosion and are completely nature-made. If you want to examine what a real monolith looks like, you can reach the monoliths we have listed above through search engines!