What Comes to Mind When You Say Basketball Terms

When we think of basketball terms , we all think of a few terms. Some terms belonging to basketball may be among the basic elements that make us love this sport. Moreover, basketball draws attention as a sport branch in which various terms have special meanings with its unique culture. It is an indisputable fact that every level of this sport, also known as basketball, is a source of pleasure from amateur to professional.

Almost everyone has come across street basketball, which is played in a park they pass by, at least once. Basketball is a sport that emerged from the street and is played on the parquet by the stars in many parts of the world today. As a physical teacher in the United States as early as 1891, Dr. We cannot thank James Naismith enough for laying the groundwork for this sport. It should be noted that basketball, which was discovered on the basis of handball and athletics, is now played as a completely independent sport.

Without further ado, let’s begin to examine the basic terms that should be known about basketball and their importance in terms of basketball:

The turnstile is among the most basic terms of basketball. Almost everyone who starts to learn basketball learns how to score by dribbling the ball with the turnstile after the first step movements. This basketball term, which has a numeric value of 2, is certainly among the movements we encounter most often in basketball games. Although not very iconic, it is possible to come across a reverse lay-up version. In the reverse turnstile, on the other hand, the hanging time is longer and an aesthetic appearance emerges. 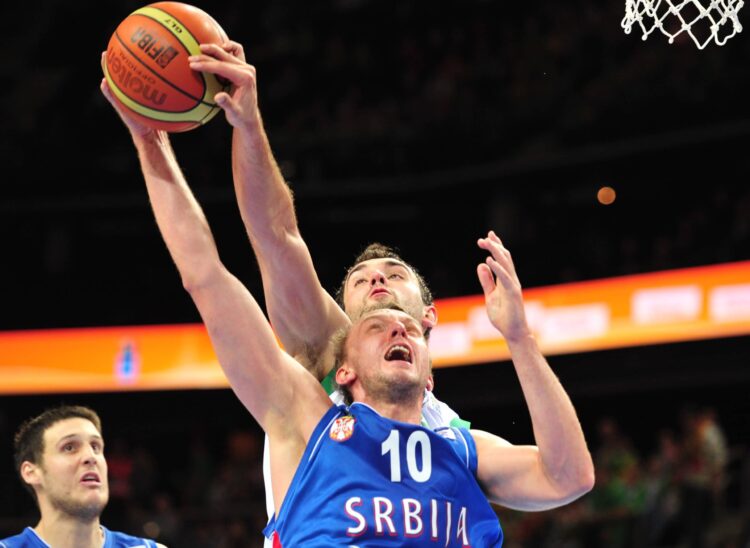 Next, we come to the movement of basketball that raises players, teachers, spectators and all its stakeholders. Block is among the elements that increase the tension and increase the aesthetic pleasure of the game, just like a dunk. It is called a block when the player of the attacking team sends the ball to the basket and is blocked in the air by the defender of the opposing team. There is no doubt that it is among the most remarkable and loved among basketball terms. 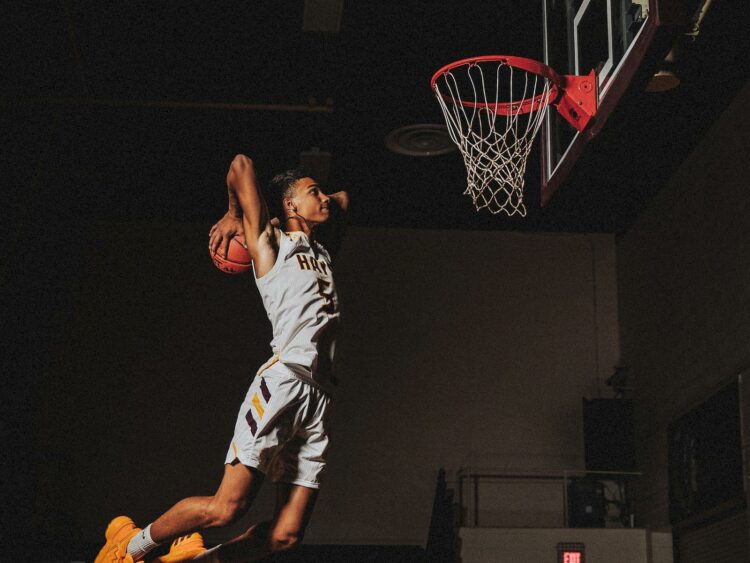 Let us state in advance that the dunk is of great importance among the terms in our list. Dunk is one of the basketball terms that best symbolizes the connection between basketball and athletics. It is the name given to the attacking player to score by hitting the hoop with the ball with one or both hands. There are many different and colorful examples. Especially if the dunk is completed with the high ball thrown into the air, that is, the ‘alley-oop pass’, the most enjoyable moments to watch emerge for the audience. 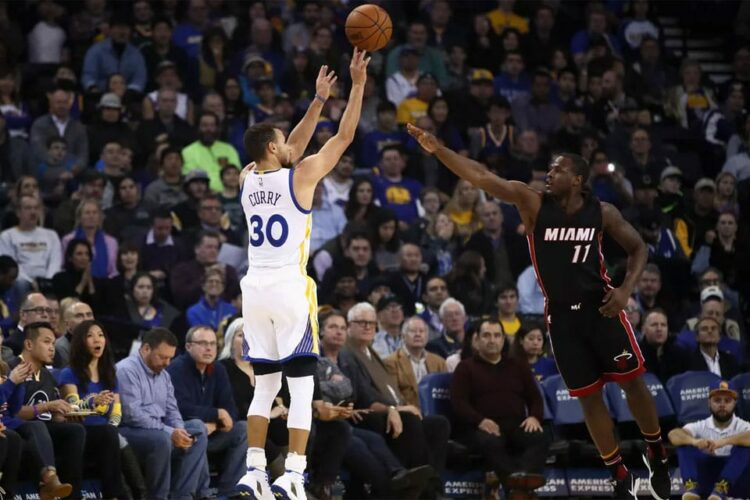 It is possible to come across the term smash in all sports played with the ball. Although the term differs in various nuances depending on the sport in which the shot is taken, basically the act of shooting is performed to score. Shooting in basketball draws attention as a term with different variations.

‘Airball’, where the player who wastes and throws is ridiculed, ‘Snowbird’ or ‘Bunny’, which is considered certain to score, and ‘Nothing but the net,’ which is well known to street basketball players and described as holeless, are just a few of the shooting variations. In basketball, where game intelligence is at the forefront along with agility, it is possible to show this intelligence with the shooting technique. It is the basketball term in which 2 points are written for someone who is thrown from inside the opponent’s defense line, and 3 points are written for those who are thrown from outside, regardless of where they are thrown. 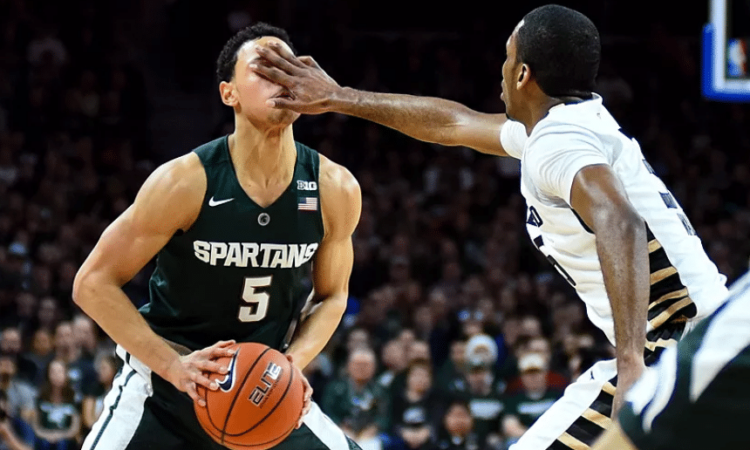 As in every sport, basketball has rules that define its boundaries. These rules can take place in many ways, such as taking the wrong position against the opponent, wrong defense or wrong attack. Developed similarly to other sports, the concept of foul allows to set limits in basketball. A foul is called against a player who misuses his body, especially his hands, against the opponent, as a result of which the opposing team gets the right to start the ball from the halfway point.

Unless, of course, the team that committed the foul has not had 5 fouls. After 5 team fouls, the opponent comes to the free throw line and starts shooting for each foul. In addition, the player who commits 5 individual fouls will be out of the game for that match. In this sense, let’s emphasize that it is wise to stay in the game by paying attention to the number of fouls. 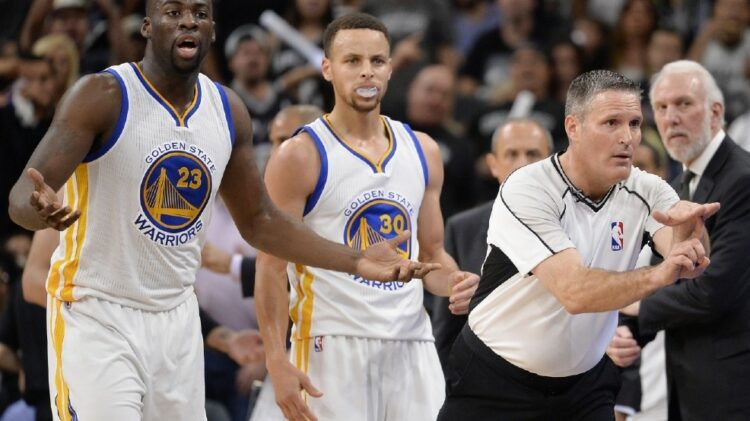 The concept of technical foul is the term used to describe on-court events among basketball terms. Players who overreact to the referee, opponent or spectator in this form of foul involving both the players and the coaching staff are first warned and then disqualified.

We can say that the term steps, that is, faulty walking, is among the terms that make basketball basketball. It is the name given to making the organization of carrying the ball, walking with the ball and walking with the ball wrong. In case of Steps, the ball passes to the opposing team. But the most important is the capillary relationship between steps and dribbling. Dribbling is the definition of dribbling, while dribble is another name for knocking out an opponent. It is undesirable for a player to step more than once during the same match. 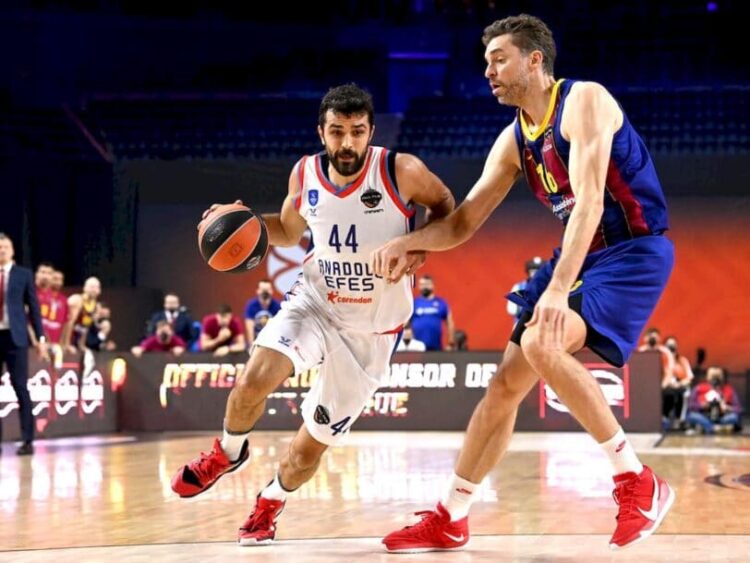 Assists are among those that require special merit in basketball terms. Because perhaps the most important contributors to the score are the players with plenty of assists. It should be noted that although it is a game where scoring is frequent, making good assists also has a special skill status. Every pass that is made in accordance with the rule and becomes a score is an assist.

10) Time or Duration in Basketball

Basketball, like many of its other branches, is one of the games where score and time take place together. Duration or time, as a basketball term, differs in Europe and the USA. In basketball, where 4 periods are fixed all over the world, the game is played for 12 minutes in the USA and 10 minutes in the rest of the countries. Teams can use 1 time-out per quarter, or they get 2 time-outs during the last period of the game. Another name for the break is called time out.