Everything You Need to Know About Handball

Handball is a type of sport that is a mixture of basketball and football, which has just started to become popular in our country. This game, in which the athletes play as a team, takes its name from the way it is played. Handball; It is a team game played with a total of 14 players and 6 players and 1 goalkeeper on the field. The basic principle of this sport is to shoot by jumping. With these movements, the main aim of the players in the game is to hit the ball to the opposing team’s goal.

Handball is among the oldest sports branches in the world. While it is known that handball and its derivative games were played even in the oldest civilizations of world history, sports competitions played with ball and hand are included in the works of Plato, one of the Ancient Greek philosophers, and Homer, who is also one of the poets of the Ancient Greek period, just like in handball.

Although the history of handball is as old as the history of humanity, the format similar to the current handball format was first encountered in Denmark. The origin of the name of handball, which is played in Denmark in a very close way to today’s rules, also belongs to Denmark. Handball “Haandboll”, which means “hand ball” in Danish, started to spread to Europe in the middle of the 19th century with this name. With this spread, the rules of this sport, which continued to be played in small communities in many parts of Europe, were written in 1896.

The first person to write the rules of handball is Danish Holger Nielsen.

The first person to write the rules of handball is Holger Nielsen, a Danish sports person who laid the foundations of handball. These rules, written by Nielsen in 1896, were published after an 8-year hiatus. While the development of handball continued at full speed, the world’s first international handball game was played between Germany and Belgium in 1925. With this development, handball, which gained a universal character, had its first federation after a one-year hiatus and continued its activities in this way.

The first Olympics were held in Berlin in 1936.

It takes many years for Turkish handball to meet the halls. Having found spectators as an open field sport in Turkey for nearly 40 years, handball was taken to carry the handball to Turkish sports halls in 1975, as a result of some researches carried out by sports academic Yaşar Sevim in Europe. Then, necessary studies are carried out and rules are determined. After this development, handball started to be played as an indoor sport in Turkey.

Goals in handball are 3 meters wide and 2 meters high and must be attached to the floor or back walls in a way that does not endanger safety. All three front faces of the goalposts visible from the field must be painted in two different colors, contrasting with each other, the ground and the back wall. Goals must be covered with nets to prevent the ball from leaving the goal.

4) What is done when two teams are together in handball?

It is a handball term with a penalty equivalent in football. As the name suggests, it is a shot made against the team’s goal, which is 7 meters away, without stepping on the 7 meter line.

The referees decide when and how long the time-out will be given in handball, which is a very demanding sport. But in some cases, taking a break becomes a necessity. If the team has given a time-out, if there is a signal from the timekeeper or the observer, one of the players is given a 2-minute penalty, that is, the player who commits an illegal act is given a penalty of not being able to enter the game for 2 minutes or is disqualified. The referees signal the timekeeper to stop or restart play due to a time-out. After the time-out, the game must be started with a whistle.

The ball, which is the smallest but most important element of the field in handball, must also have some characteristics. First of all, the ball used should be spherical. In addition, the material of the ball is also very important. It should have a leather or synthetic raw material and at the same time should not have a shiny and slippery outer surface. At least two balls must be available for each handball match. The referees decide in which situations the spare ball will be used. Ball sizes and weights vary according to age groups:

8) What the Goalkeeper Can and Cannot Do in Handball

In handball, the goalkeeper can touch the ball with every part of his body for defensive purposes within the goal area. When the goalkeeper wishes, the player can become a goalkeeper again at any time. He can be included in the game by leaving the goal area without the ball. However, in this case, he has to comply with the rules applied to the players on the field.

9) Ball and Passive Play in Handball

Another rule in handball that must be followed is ball and passive play. The ball can be held, stopped, pushed, thrown or kicked with the hands, arms, head, torso, hips and knees, open or closed. Even if the ball is in the hand, it can be held for a maximum of three seconds and a maximum of three steps can be taken while the ball is in the hand. As soon as the ball touches the referee on the playing field and during the game, the game continues.

11) Features of Cards in Handball 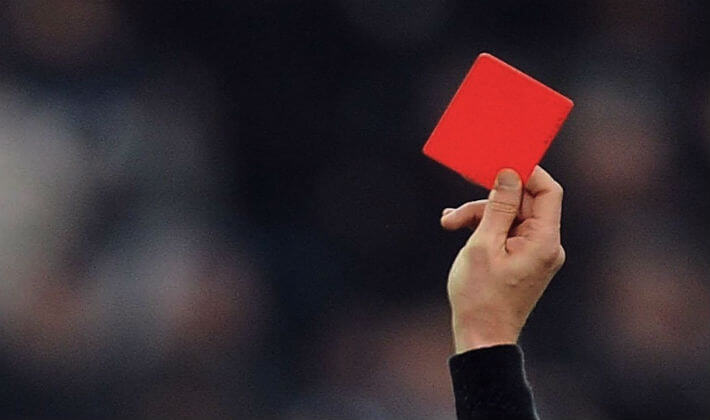 • Red Card: It is the card shown as a result of a harsh attack on the opposing player. In this case, the referee decides between a red or blue card, depending on the player’s intervention and the player’s intentions. The player who receives a red card is disqualified. A player’s red card does not constitute an obstacle for the next match.

• Blue Card: It is the card given as a result of a very harsh intervention by a player, which is incompatible with sports ethics. The player who is given a blue card is disqualified from the game, but unlike the red card, a report is kept about the player.

• Green Card: It means time-out card. The green card is placed on the side of the team requesting the time-out and remains there for the duration of the time-out.

In handball, as in any sport, actions incompatible with the spirit of sports can be taken on or off the field. These behaviors can have various sanctions according to the way the behavior is done. Unsportsmanlike behaviors include:

Blue Card Shown for the First Time in Handball

The first blue card in handball was shown by the Slovenian referee pair David Sok and Bojan Lah in the Algeria-France match. In this way, the blue card application, which was tested in the Age 21 Men’s World Championship and was one of the rule changes, was realized. What happened in this match, where France defeated Algeria 26-25, happened in the last seconds of the match and two players from the Algerian team were shown a blue card.

Handball is a sport that is played professionally in Turkey as in many other countries. There are 6 leagues in total in professional handball, where the Turkish Handball Federation continues its activities, and there are male and female players in these leagues.

The first encounter between handball and Turkey dates back to 1927. Zeki Gökışık, Nafi Tağman and Hüsamettin Güreli, three innovative physical education teachers who completed their education in Germany, start teaching handball to students at military schools, where they met in Berlin. In these years, handball begins to be seen as a part of military training and is played as a completely open field sport. Handball, which became popular in Turkey as in Denmark, with the name of “hand ball”, meets new rules with the work of Gazi Education Institute. These rules, created by the efforts of the Turkish İdman Association, were published for the first time in written form in 1934. Handball made its first public appearance in 1938.

In 1976, the Turkish Handball Federation is established under the chairmanship of Yaşar Sevim, who contributed to Turkish handball with his works and was a pioneer in bringing handball to the halls. With the developments following the establishment of the federation, professional leagues were established and an official status was given to handball in Turkey.

Turkey has formed national teams to represent our country in handball as in many sports branches. The National Handball Team works very hard together with the whole team to achieve success in its field, and strives with all its might to introduce both Turkey and Turkish handball to the whole world in the international arena. As in all national teams, the achievements of the national team in handball always deserve appreciation.

Turkey’s men’s national handball team is making an intense effort to take part in all competitions in the world and Europe. There are many athletes from the successful clubs of our country in the strong staff of our national team. The first of the two greatest achievements of our men’s national team is the gold medal won at the Mediterranean Games held in Mersin, and another success is the silver medal at the Nations Championship organized by the International Handball Federation in 2017.

There is also a women’s national handball team that makes Turkey proud and represents it in the international arena. In addition, our women represent our country in beach handball. The women’s beach handball national team has achieved many successes. The silver medal that our women’s beach handball national team won in the 2004 World Championship, one of the achievements, made our country very proud. The silver medal won at the 2002 European Championship and the bronze medal won at the 2005 World Games made our country feel the same pride once again.

What are the Benefits of Handball?

Handball is played with a team, as in many sports. Team games are very effective in socializing individuals and tasting team spirit. Handball develops self-confidence in children and enables them to grow up as harmonious individuals.

In addition to all these benefits, handball is a very beneficial sport in terms of body health. Since the movements of jumping, pushing, holding and throwing in handball form the basis of the game, a lot of power is spent during the game. These movements give flexibility to the body and delay aging. It is also a very effective sport for having a healthy and fit body. 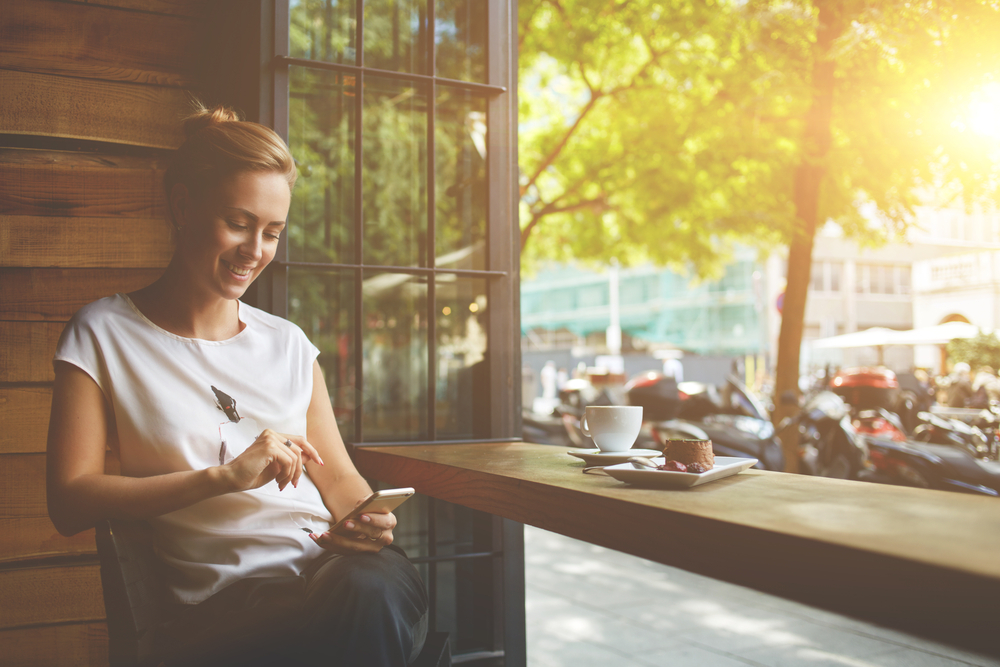