When you think of Greek sea gods, how many come to mind? Almost everyone today is familiar with a few of the gods of Greek mythology. Undoubtedly, the transmission of written and oral cultural products has a great share in this situation.

Various legends, heroic deeds, epics and epics are passed down through history in various forms between generations. This transmission also enables many elements of oral culture to survive to the present day. Of course, these cultural products that have survived to the present day undergo various transformations throughout history and change form.

Greek mythology, which has always been at the forefront of interest and appreciation in mythology today, has countless events and narratives. Gods and goddesses, demigods and godlike creatures, and of course humans are always at the forefront of these stories. In almost every mythological story we encounter, we see that the gods share the same universe.

So where did the gods live in Ancient Greece, which had a polytheistic belief? Questions such as where did they rule continue to be of interest. In this context, we can begin to examine the gods and goddesses of the waters surrounding the earth.

The reason we start our list with Pontos is that this god lived much earlier than the gods as we know them. As such, Pontos, one of the first titans, belongs to the previous generation of the Olympian Gods. We can say that Pontos existed even before Chaos and before many things in the universe were created.

According to a rumor, Pontos, also known as Pontus, is one of the children born to Gaia, the fertility symbolizing the earth. As such, he is among the gods without a father. The origin of the name means the sea itself.

In Ancient Greece, Pontos and Pontus are both used to mean the sea. According to another belief, with the cooperation of Pontos and Thalassa, all living creatures in the seas gain life. Pontos, as it can be understood from this, is a Greek god who both protects lives and gives life. 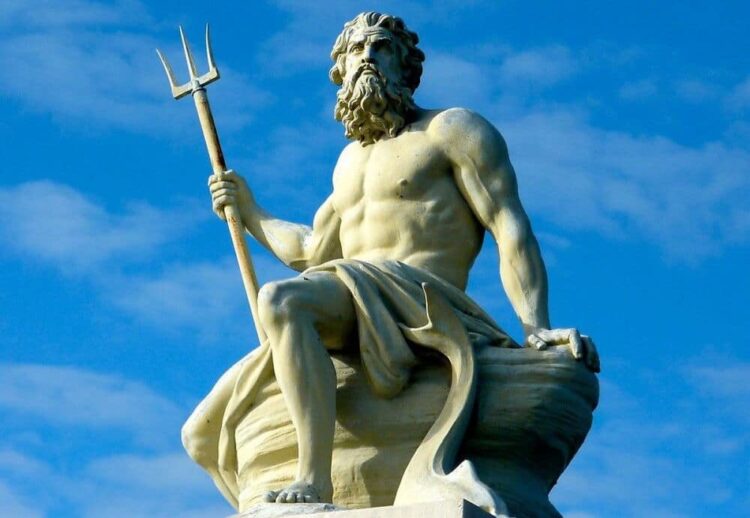 Second on our list is of course the majestic and fierce god Poseidon. Poseidon is perhaps the best known of the Greek gods of the sea. Considering the fields of cultural production today, it is possible to encounter Poseidon narratives in many literature, theater and cinema content.

Poseidon, one of the sons of Kronos and Rheia, is known for his struggle with his other brothers against his father Kronos. Although he was one of the brothers swallowed by Kronos, his importance cannot be underestimated. Poseidon ascends Olympus after his brother and older brother are rescued by Zeus.

He is also known as the god of oceans, seas and violent earth tremors. Another symbol that definitely comes to mind when Poseidon is mentioned is undoubtedly his spear. Poseidon’s pitchfork, which resembles a three-headed fork or spear, has a power that can be felt from every point of the oceans. This is precisely why all sea creatures and creatures venerate Poseidon. Poseidon is also the husband of Amphitrite, lord of the bottomless sea. Together they rule all the seas and oceans. 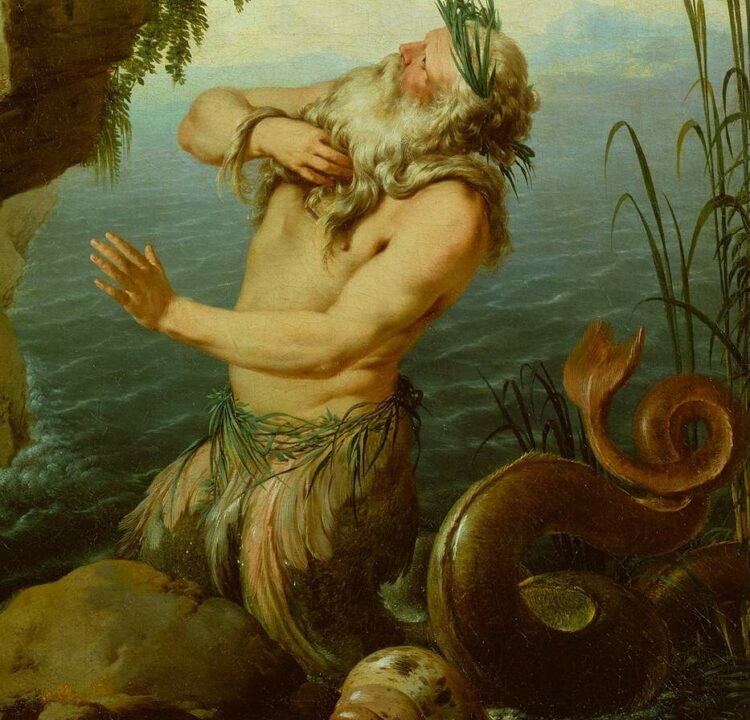 Glaukos is the closest of the Greek sea gods to ordinary people. This is because Glaukos spent most of his life among people. This is precisely why he is referred to as the sea god of the lower classes. Glafkos, one of the most loyal defenders of Lycia, was also the son of Hippolokhos. The cultural artifacts written and spoken about Glaukos describe his love of barter and trade. Of course, his interest in trade and, indirectly, barter does not become a temptation.

Glaukos, on the contrary, recognizes the need for equal trade and exchange. In fact, we can say that Glaukos lived as an ordinary and poor fisherman. Of course, his fortunes will be very different. One day, Glaukos dangled his nets over the sea and all the fish he had collected came to life as soon as they touched the ground. Seeing the fish jumping back into the sea, Glaukos could not contain himself and jumped into the sea. Then, hearing that Glaukos jumped into the sea, the sea gods decided to make him a god instead of a man. Glaukos thus joins the gods of the sea. 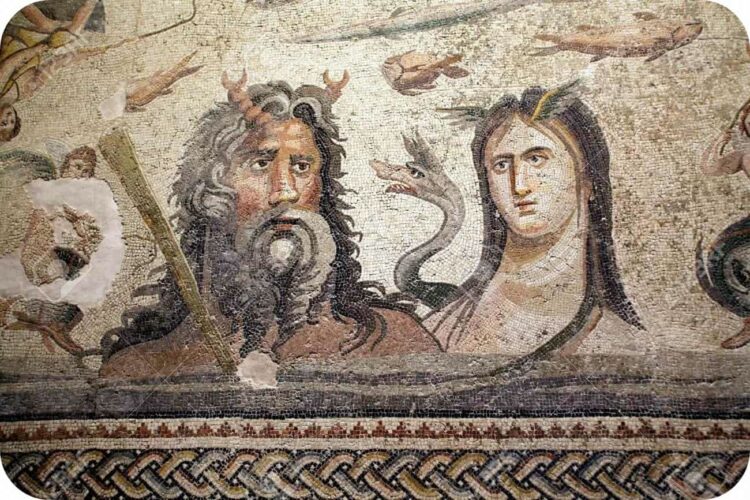 Okeanos is one of the most ancient gods in Greek mythology and among the Greek sea gods. One of the children of Uranus and Gaia, Okeanos is also a titan. Okeanos, who is also the first titan, is the embodiment of all the oceans that exist in the universe. In this way, we can say that it was Okeanos who gave the oceans their meaning and breathed the fire of life into them. Okeanos similarly spends time with his other titan brother Tethys, creating rivers, streams, lakes, etc. water areas are formed.

The origin of the word ocean, which is in universal use today, is actually based on Okeanos. Metis, Amphitrite, Styks and Eurynome are the god children of Okeanous. Likewise, during the War of the Titans, Okeanos did not take any side. Nevertheless, according to rumors, he is known to have wished for the Titans to win.

One day Kadmos’s daughter (Ino) had to jump into the sea while running away from her husband. Meanwhile, Melikertes, the child he was holding in his arms, fell into the water. Ino then transforms into the goddess of the sea. His son Melikertes becomes a sea god. His name is Palaemon.

Palaemon tends to be seen as unimportant in mythology because he was a god who later became a sea god. We can say that this is because he came from among ordinary people, just like Glaukos. Palaemon is also recognized as the first god of the seas and waters. This was corrected in later works to mean that he was the god of the small seas, the regional seas. Although there is no detailed and comprehensive mythological information about Palaemon, it can be said that he was one of the masters of the seas.

Proteus is one of the most mischievous characters among the Greek sea gods. The reasons for this are based on a wide variety of situations. Proteus is sometimes a shepherd grazing sea creatures and sometimes a shape-shifter. Of course, after disguising himself, he starts to walk around like an old sea oracle. The basis of his disguise is claimed to be that he was fleeing from a prophecy that he would be harmed. In this sense, it is possible to say that he has an intelligence that can choose the conditions very well and evaluate them according to himself.

In Homer’s Iliad, Proteus is described as the father of the Nereids. In this sense, Homer recognizes the father of the Nereids as Proteus, not Nereus. Some sources, on the other hand, make speculative claims. One of these is the claim that Proteus was the son of Poseidon. Nevertheless, when something about Proteus comes to mind, Prometheus inevitably comes to mind. It’s not just a similarity of name, but also the fact that they both seek to spend time with people and to guide people.

Triton is both the son of Poseidon, one of the greatest of the gods, born of his love with Amphitrite, and a mythological messenger. He is also known as the god who heralded the coming of Posedion. The upper body of Triton, whose appearance is just as interesting, is human and the lower body is fish. Triton, who lived at the bottom of the sea, is also claimed to have guided the Argonauts.

Thanks to Triton, the Argonauts, a heroic tribe of sailors, make various discoveries and triumphs. Similarly, Triton is also known for helping heroes, gods and goddesses in distress.

Triton is also identified with status quo in Greek myth. This is because throughout his life he never gave up on palaces, great courtyards and answering to the gods. He also whispers to the sea during the Great Flood, asking it to recede. In this way, the waters recede and the earth is revealed. According to certain rumors, Triton was not only human and fish-like, but also horse-like. As such, Triton combines intelligence, agility, agility and speed. 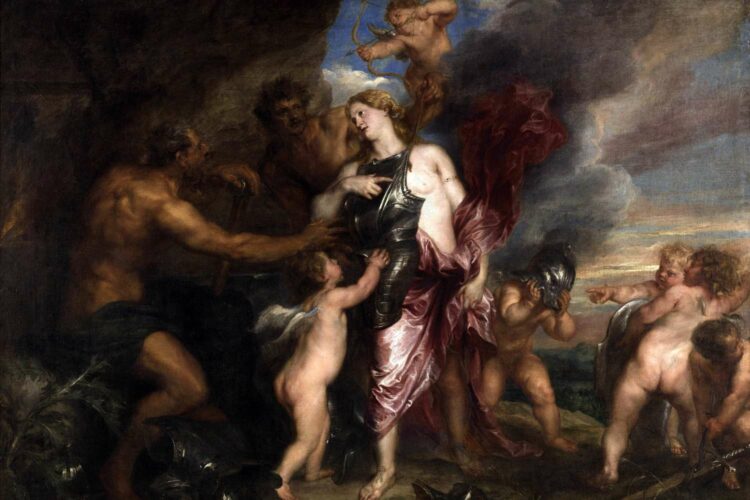 Thetis, one of the water goddesses, is also the mother of Achilles. In this context, it should be noted that it is of great importance for Greek mythology. Zeus and Poseidon competed for Thetis, who was legendary for her beauty. Thetis was the wife of the Phtian king Peleus and is known as the silver foot in Homer’s Iliad.

There are many rumors about Thetis. The most important of these is the prophecy about the child to be born to Thetis. According to the legend, Thetis’ child will have a greater meaning than the gods. For this reason, the gods who wanted to marry Thetis before immediately gave up.

According to another rumor, Thetis found and cared for the fallen god Hephaistos. Hephaistos is expelled from Olympus according to two different narratives. Then Thetis, who found him, began to raise Hephaistos. It is said that Thetis was with the Greeks during the Trojan War. It is suggested that the weapons that brought down Hector were made and given to Achilles by his mother. This allows Achilles to deliver the fatal blow to Hector. Thetis is the goddess who finally saves Zeus from the blows of his brothers with the help of mythical creatures. 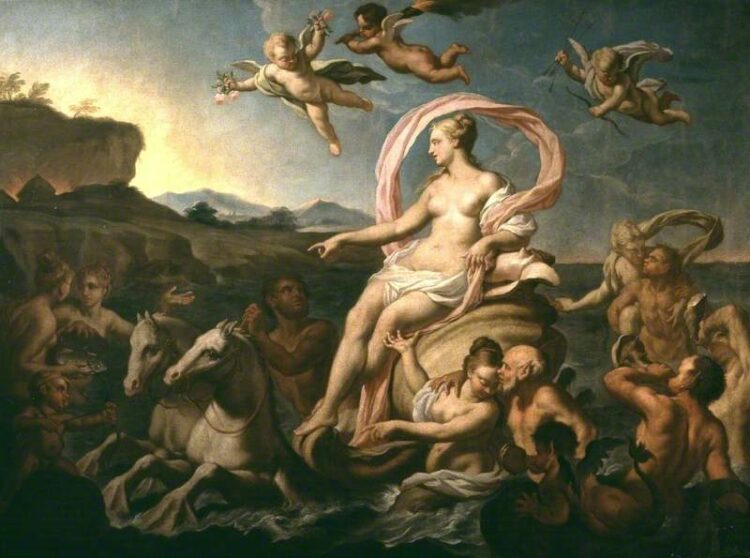 Amphitrite, or Amfitriti in Turkish, is the goddess of the seas. She is the wife of Poseidon and is said to be a beauty. It is also suggested that she is one of the 50 Nereid mermaids, which is the origin of the Nereids. As a result of their love with Poseidon, they had children such as Amykos, Triton, Kyknos and Kymopoleia. In Greek mythology, deceptions and betrayals between gods and goddesses are well known. Although Poseidon is not as much of a vagabond as his brother Zeus, he too makes various attempts.

But despite all this, it is important to remember that he is with Amphitrite forever. Today, in the Louvre Museum in France, there is a statue of Amphitrite with its unique beauty. Similarly, it is possible to see Amphitrite in many works and representations of Poseidon. It seems that Poseidon never wanted to leave Amphitrite after the first time he saw her dancing. 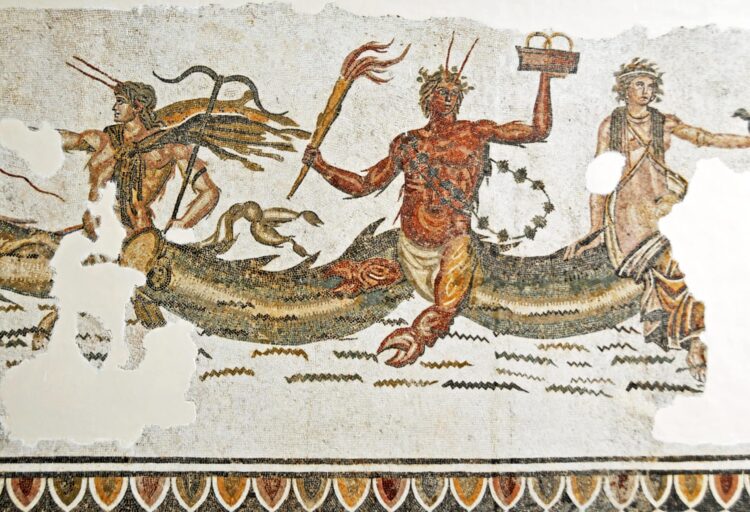 Many mysterious creatures are said to live in the depths of the seas and oceans. These creatures can be found in various movies, TV series or representations of written culture. Forkis was born from the love of Gaia, mother earth, and Pontos. This is precisely why he is a very powerful god. After Forkis fell in love with and married her brother Keto, Keto gave birth to Gorgons and Graias. The Gorgons and Graias can be said to be among the first sea gods and goddesses.

Forkis and Keto were god-goddesses of the mysterious creatures of the deep, but also masters of gigantic beasts. The meaning of the name Keto is also used as whale and sea monster. In every legend about the sea and its depths, Forkis is always mentioned. This is because Forkis stands out as a character who is often the subject of stories. Mysterious sea phenomena, atrocities at sea and much more take place under Forkis’ watch. So maybe Forkis is not the greatest god of the seas, oceans and all waters. But it also has the authority to supervise everything that happens in these areas.