Famous Chemists: Giants of Science from Past to Present

Who comes to mind when you think of famous chemists? How about getting to know chemists a little more closely, who are the creators of the products we use in many areas of our daily lives? 18. We have prepared a list of famous chemists who have written their names in the world of science with their success since the 19th century. We wish you pleasant reading.

Famous Chemists in the 18th Century

The beginning of radical changes in many areas of life is generally 18. century. In addition to the discoveries made, a new era began in the world of science with dozens of experiments. The chemists who carried out these experiments made their name in the history of science. 18. We can list the famous chemists, who are regarded as the fathers of chemistry with their successful experiments and discoveries in the 19th century, as follows:

Born in Paris, Antonie Lavoisier follows her passion for chemistry, even though she first prepares to study law with her father’s guidance at a young age. At the age of 21, his project on lighting the streets of Paris was selected as the winner and Lavoisier started to make a name for himself. He is awarded a gold medal by the French Academy of Sciences. The scientist whose work is followed with great admiration is accepted as a member of the academy.

While he was a member of the Academy, he made a geological map of France and worked on increasing productivity in agriculture with various experiments in accordance with this map. The invention that put Lavoisier among the most famous chemists is that he has the title of person who defines oxygen and hydrogen. The role of oxygen in combustion, which we use today to understand chemical reactions, 18. century Lavoisier discovers. 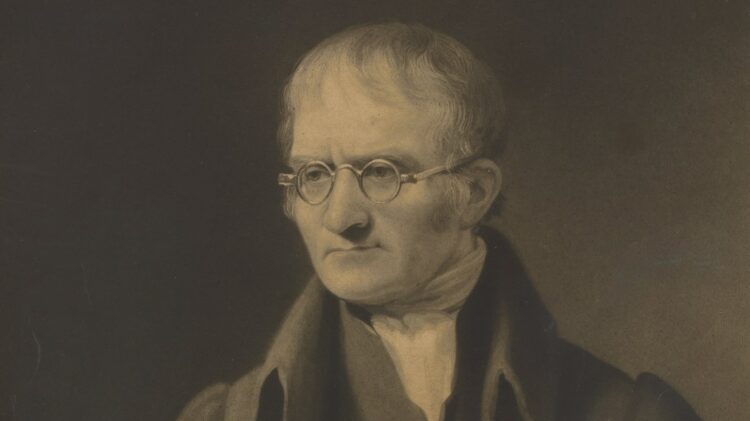 Have you ever heard of the famous chemist John Dalton? John Dalton was born in England. He is a scientist whose name we have definitely heard in our education life with the atomic theory that gave him the nickname of the father of chemistry. According to the theory put forward by John Dalton, every substance consists of atoms and the atoms of each element are the same. The theory has been falsified by studies on this theory.

As a result of his detailed studies on color blindness, it is defined as Daltonism in some sources today.

Amedo Avogadro, a member of the Piedmont family, one of Italy’s deep-rooted families, is among the famous chemists who devoted himself to physics and mathematics. Anyone who takes chemistry lessons must have heard the name of Avogadro at least once in his life. He is a successful scientist who wrote his name in chemistry with Avogadro’s Law.

Thanks to Avogadro’s Law, it was revealed that different gases with the same volume under the same pressure and temperature have the same number of molecules. This law, which allows to distinguish the atom from each other, has completed the missing parts that Dalton did not consider.

One of the fathers of chemistry, Jöns Jacob Berzelius, who discovered the modern chemical notation used today, begins his education in Linköping. After graduating from Uppsala University as a medical doctor, his life changes when he starts an internship with a chemist.

The famous chemist who developed the symbol system for different elements adds to our lives the terms we use in chemistry today, such as catalyst, polymer and ionic bond. In addition, thanks to the elements he discovered, he made great contributions to the science of chemistry. In 1836, he was awarded the Copley Medal from the British-based Royal Society.

There is no one who has not heard of Dmitri Mendeleev. Dmitri Mendeleev may be the chemist whose name we hear the most among the famous chemists. Born as the youngest of 17 siblings, the Russian chemist spent the first years of his education in Siberia. After the death of his father, Mendeleev’s mother went to St. He goes to Petersburg. Mendeleev, St. He continues his education at St. Petersburg (Leningrad) University.

Famous Chemists in the 19th Century

The 19th century, which laid the foundations of modern chemistry. The following names are on our list of famous chemists who have done their work in the 19th century: 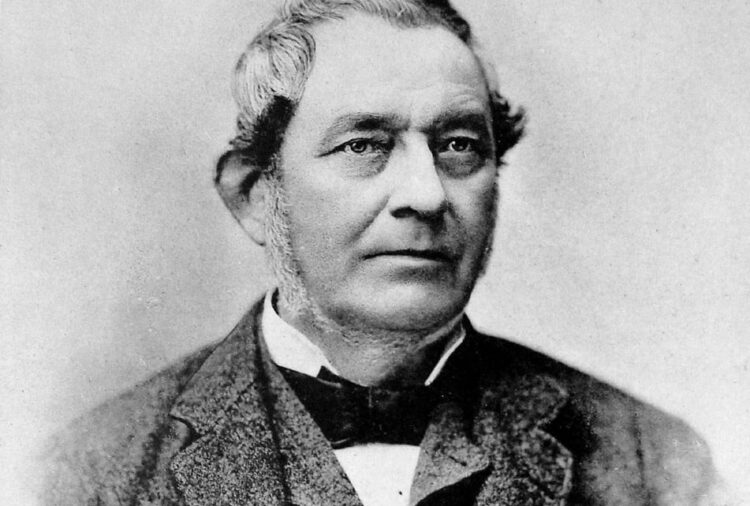 Robert Bunsen, who made his mark in history with his studies on analytical chemistry, discovered the elements cesium and rubinium. Bunsen, who is also the pioneer of photochemistry, lost his eye as a result of not using protective equipment while performing his experiments.

Robert Bunsen, who is among the famous chemists, is the inventor of the “Bunsen burner” and “burner flame” apparatus, which people who work in chemistry laboratories hear very often. The chemist who writes books for chemistry class in his spare time also achieves great success by developing an antidote for arsenic poison.

As a result of the heating of different elements, it draws attention to the emergence of different colors and this is how the Bunsen stove appears. The colors that emerge thanks to this furnace are not affected by the colors of the flames. 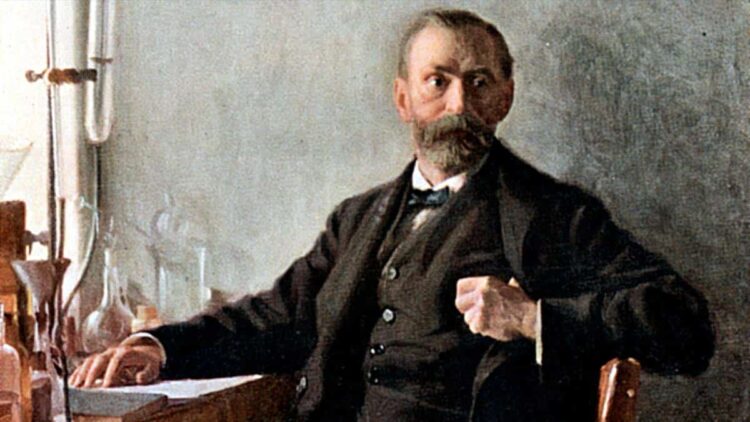 Have you ever heard of Alfred Nobel? Alfred Nobel, one of the most famous chemists who gave his name to the Nobel Prizes given every year, was born in Stockholm. At the time of his birth, his family was in great financial difficulty. Family St. Petersburg and his father sells guns there, where he achieves great success. In this way, the family, who has risen again financially, takes lessons from private teachers for their son Alfred Nobel.

This thought of Alfred Nobel, who wanted to complete his education on poetry and literature, was not welcomed by his father. His father dreams of his son becoming an engineer. That’s why he sends his son to study abroad. Alfred started working in TJ Pelouze’s laboratory, where he became interested in chemistry.

Alfred, who rose in business life by selling weapons and explosives with his father, begins to produce explosives with his knowledge of chemistry. The famous chemist who invented dynamite feels a great guilt about this invention. That’s why he wants to make amends by donating his wealth to the Nobel Prize awarded in the fields of chemistry, medicine, physics, economics and peace.

In December, the anniversary of Alfred Nobel’s death, the Royal Swedish Academy of Sciences awarded the Nobel Prize in Chemistry, keeping the name of Alfred Nobel alive. The person who was deemed worthy of this award from our country in 2015 is Prof. Dr. Aziz Sancar .

Famous Chemists in the 20th Century

As a result of the developments in the 20th century, the science of chemistry is divided into sub-branches. 20. The famous chemists who pioneered this change in the 19th century are as follows: 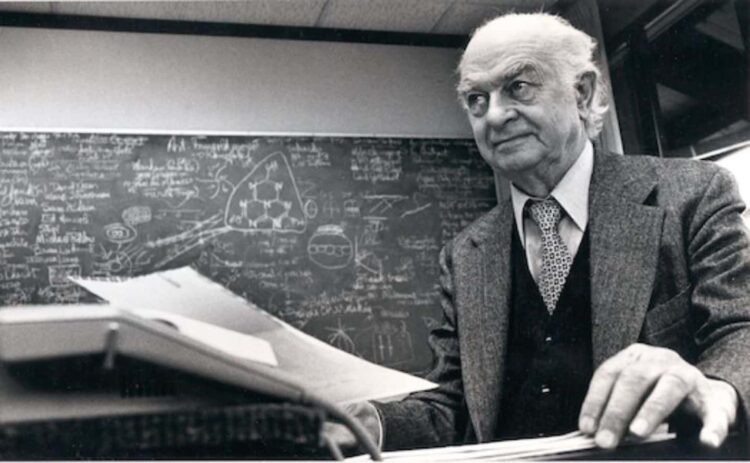 Linus Pauling is an American biochemist. Pauling goes to Europe to advance in his scientific career and to do better studies. Here, he works with some names that we hear a lot in the scientific world. These names include German physicist Arnold Sommerfeld, Danish physicist Niels Bohr and Austrian physicist Erwin Schrödinger.

Linus Pauling, one of the famous chemists, made a name for himself with his studies on the effects of quantum mechanics on chemistry. He discovers the relationships that exist between the smallest parts in the atom. Pauling was the discoverer of covalent and ionic bonds that we see in schools today.

II. After World War II, he becomes an anti-war activist. In addition to his work in the field of chemistry, he is frequently mentioned for his opposition to nuclear weapons. In 1946, he began working on the Atomic Disaster Committee, chaired by the successful scientist Albert Einstein. With this committee, he tells the public and the administrators how nuclear weapons will harm life.

This stance is not endorsed by the United States administration and his passport is confiscated. In 1954, when he was nominated to win the Nobel Prize in Chemistry, he got his passport. That year, he receives his award at the award ceremony attended by Einstein and Bertnard. In 1968 he was awarded the Lenin Peace Prize. 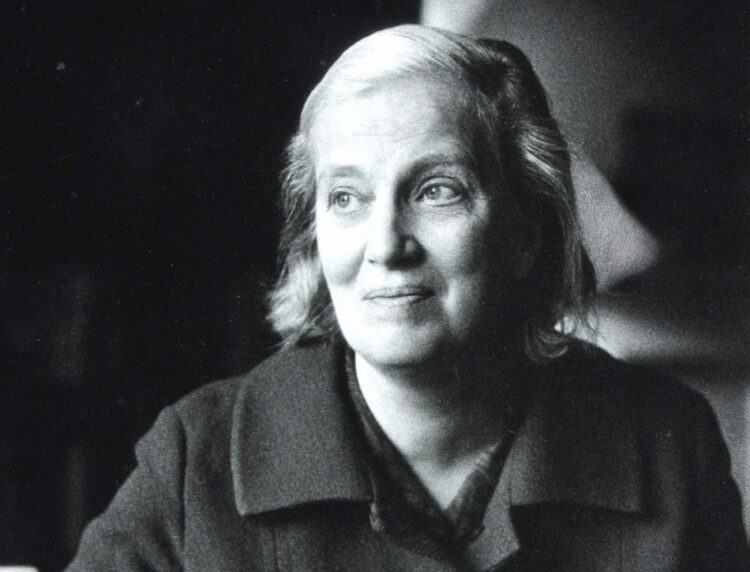 In the past days, as it is today, it was very difficult for women to enter many areas of life. However, women who fight without giving in to this situation continue to make a place for themselves in all areas of life. Science is also a field in which women exist and are frequently mentioned by their successes.

Born in 1910, Dorothy Hodgkin spent half her childhood in Cairo. Losing many relatives during World War I, Dorothy receives her high school education in England. Dorothy’s biggest supporter, who has a great interest in chemistry, is her mother.

Dorothy Hodgkin pioneered major developments in biochemistry and medicine with her studies. He works with his team on vitamin B12, insulin and penicillin production. As a result of his work, he became the first British scientist to win the Nobel Prize in science. 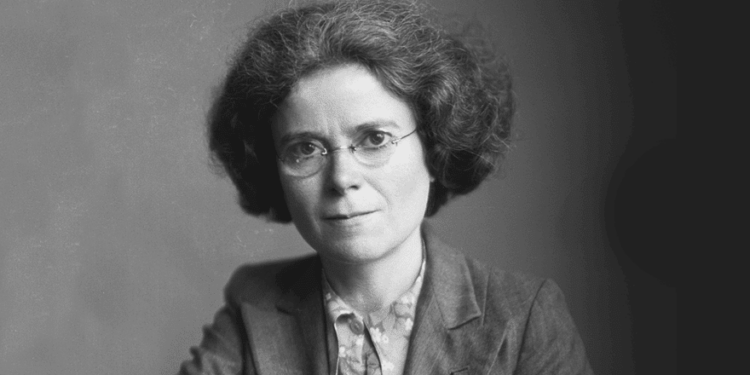 Another successful scientist on our list of famous chemists is Kathleen Lonsdale. The scientist, who made a name for himself especially with his studies in the field of crystallography, also worked on the atomic arrangement in crystals. As a result of his studies on the structure of benzene, he was the pioneer of important developments in the field of chemistry.