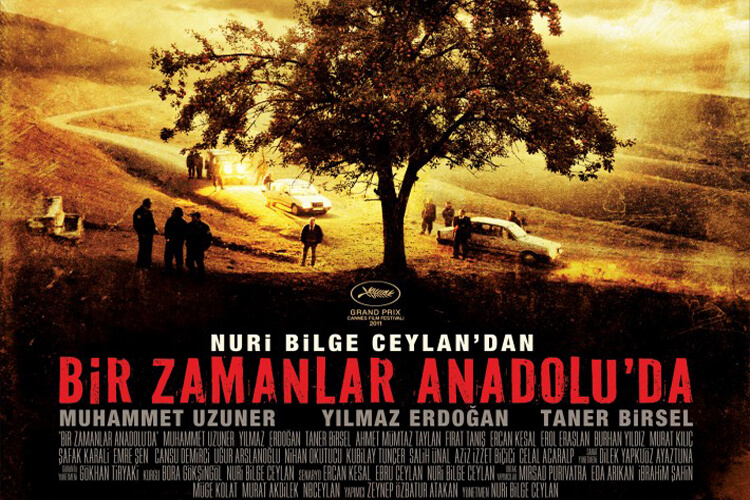 Turkish cinema has achieved great success by competing in film festivals almost all over the world for a long time. Sometimes our experienced directors, who have made their names known to the world with their years of experience and magnificent films, and sometimes our young directors, who have attracted the attention of international festivals with their first feature films, have made us proud by competing in major film festivals. Award-winning Turkish Films are engraved in the memories of moviegoers like us.

We have listed the best Turkish films that have won awards at international film festivals from past to present. Happy reading! 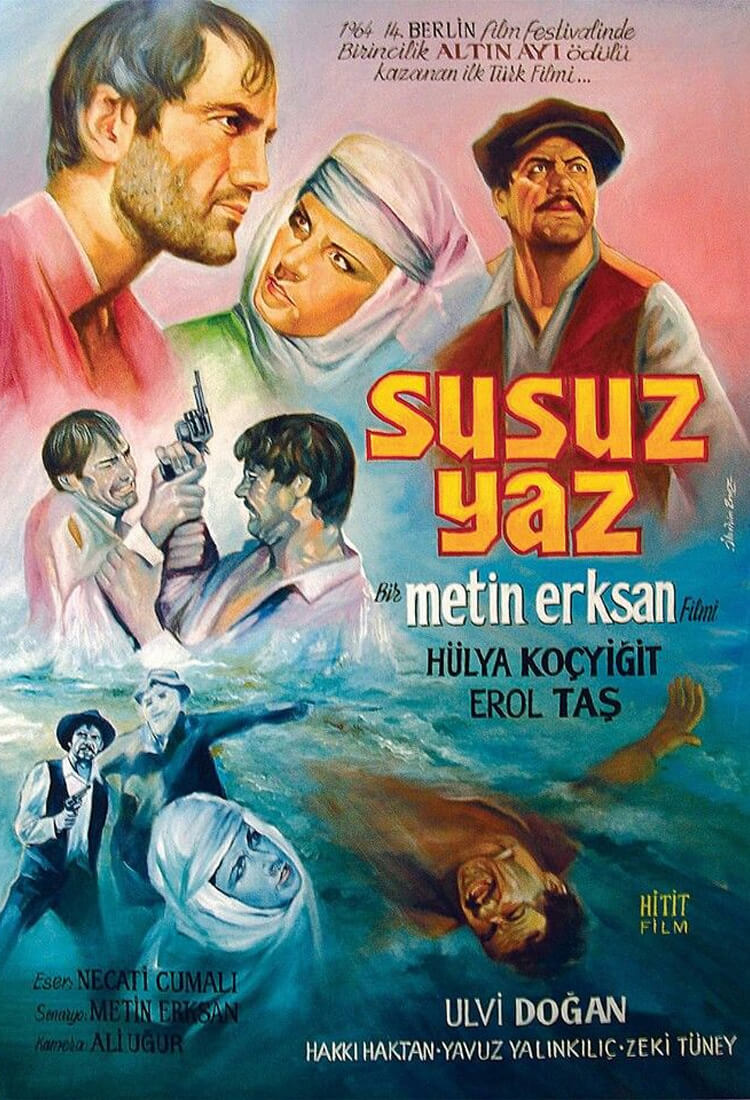 We start our list with Metin Erksan’s Susuz Yaz, the first film to win an international award for our country. Thirsty Summer was awarded the Golden Bear at the Berlin Film Festival.

Susuz Yaz focuses on the story of a people suffering from water shortage in the arid lands of the Aegean. Osman does not want to share the water that comes out of his land with his villagers who are in trouble. For this reason, conflicts break out between the villagers and Osman’s brother Hasan is imprisoned. Osman, who wants to own the water alone, sets his eyes on his aunt Bahar. 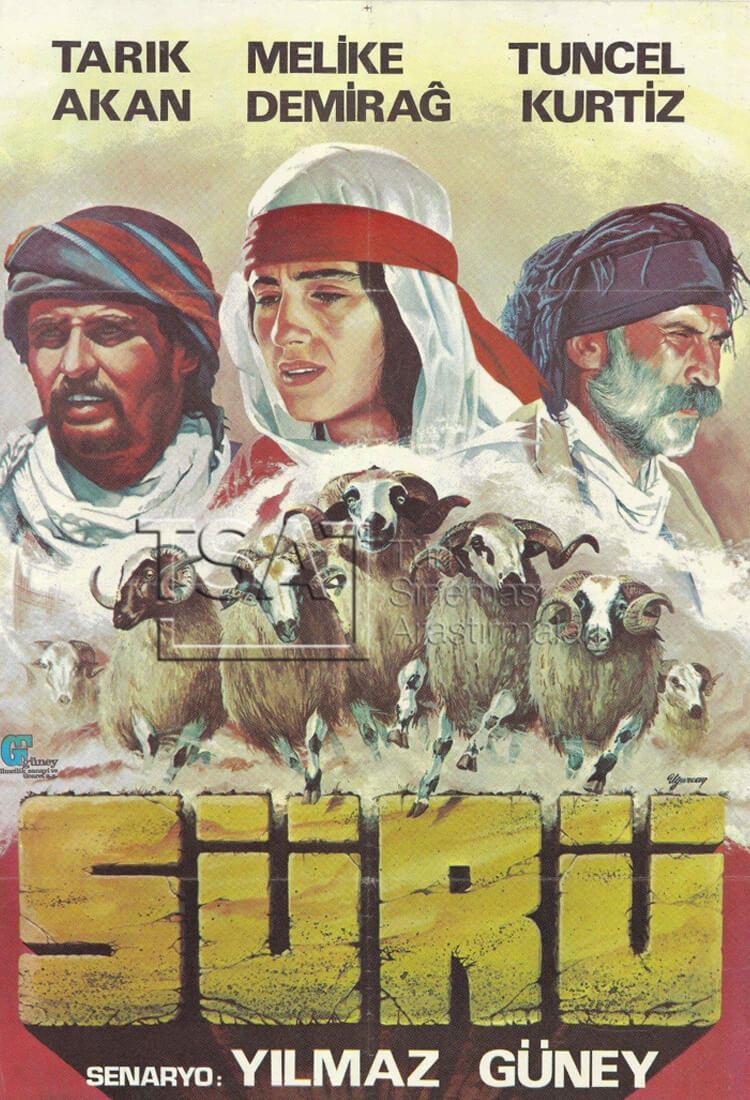 Herd won the Locarno Film Festival Best Film and the Berlin Film Festival FIPRESCI awards. The screenplay of the movie was written by Yılmaz Güney, who was in prison at that time.

The film is about a family that makes a living from farming. The head of the family, Hamo, is in trouble because livestock does not bring in as much money as before. Hamo’s son Şivan is married to Berivan, the daughter of the hostile tribe. Hamo, on the other hand, is not happy with this union because he thinks Berivan brings bad luck to them. Hamo and his sons take the train to Ankara to sell their last herd. The Herd, in which feudal problems are handled very well, is considered one of the most important films of our cinema history. 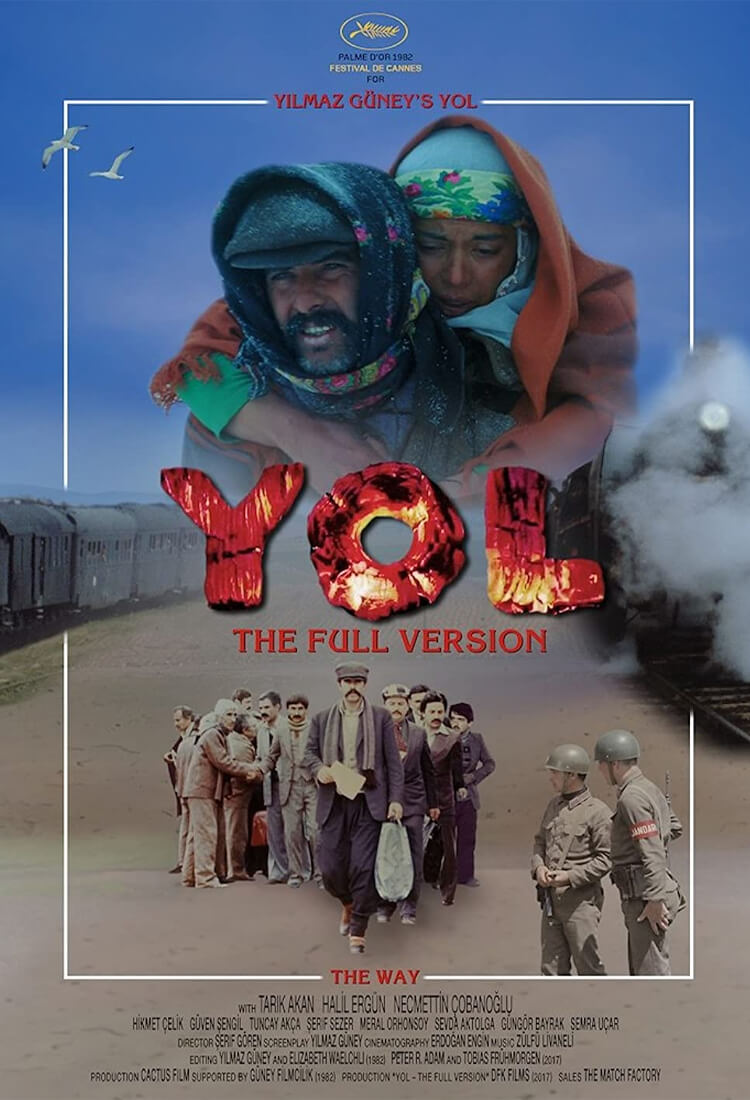 3 of our award-winning Turkish Films list. During the period, there is the movie Yol, the screenplay of which was written by Yılmaz Güney. Yol won both the Palme d’Or and the FIPRESCI award at the Cannes Film Festival, one of the most prestigious festivals in cinema.

During the most difficult periods of martial law, the five prisoners in Imrali prison want to go to their villages on the 1-week leave given to them. However, due to the conditions of the period, their journey will not be easy. Yol, which deeply affects people with its realistic and touching story, is one of the masterpieces of our cinema history according to many authorities.

In the film, the paths of Mehmet, who comes from the west of Turkey, and Berzan, who comes from the east, cross in Istanbul. The dreams of these two characters from different cultures are the same. Mehmet, who makes a living by selling cassettes, wants to marry his lover Arzu. Berzan, on the other hand, looks for ways to return to the lover he left behind. Mehmet’s unjust arrest will change the lives of these two friends. 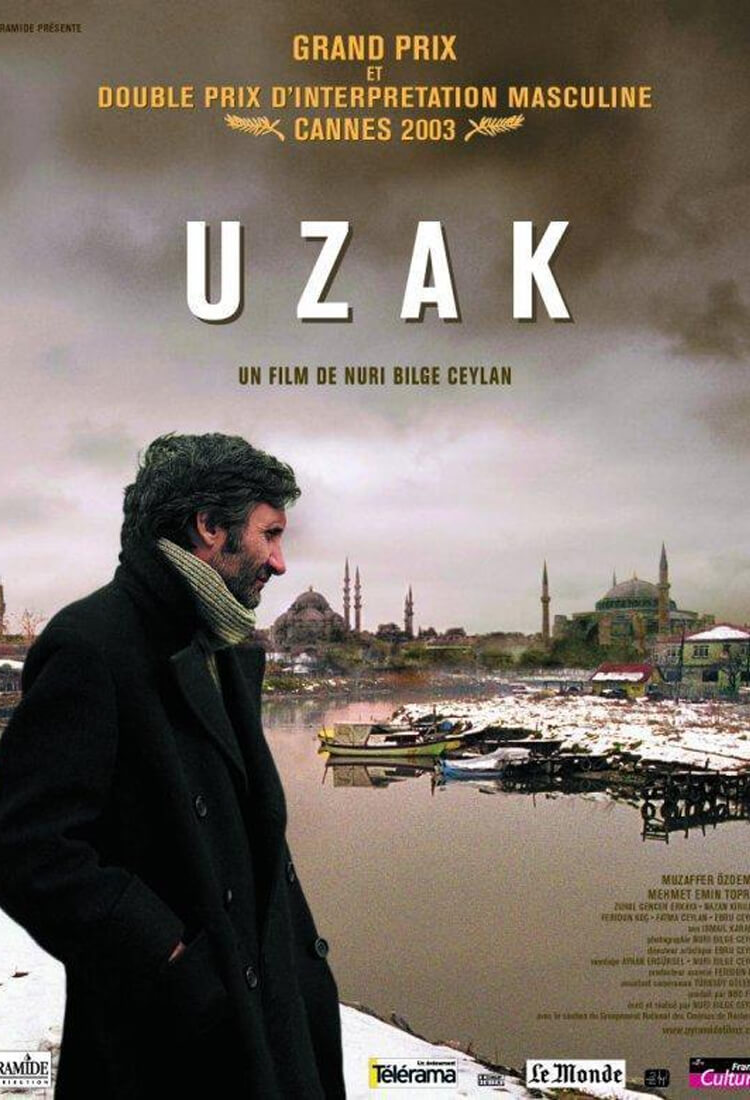 Yusuf, who came to his relative Mahmut, who had settled in Istanbul before, starts looking for a job. Mahmut, on the other hand, is a photographer who has moved away from his ideals and can do nothing to get rid of this situation. 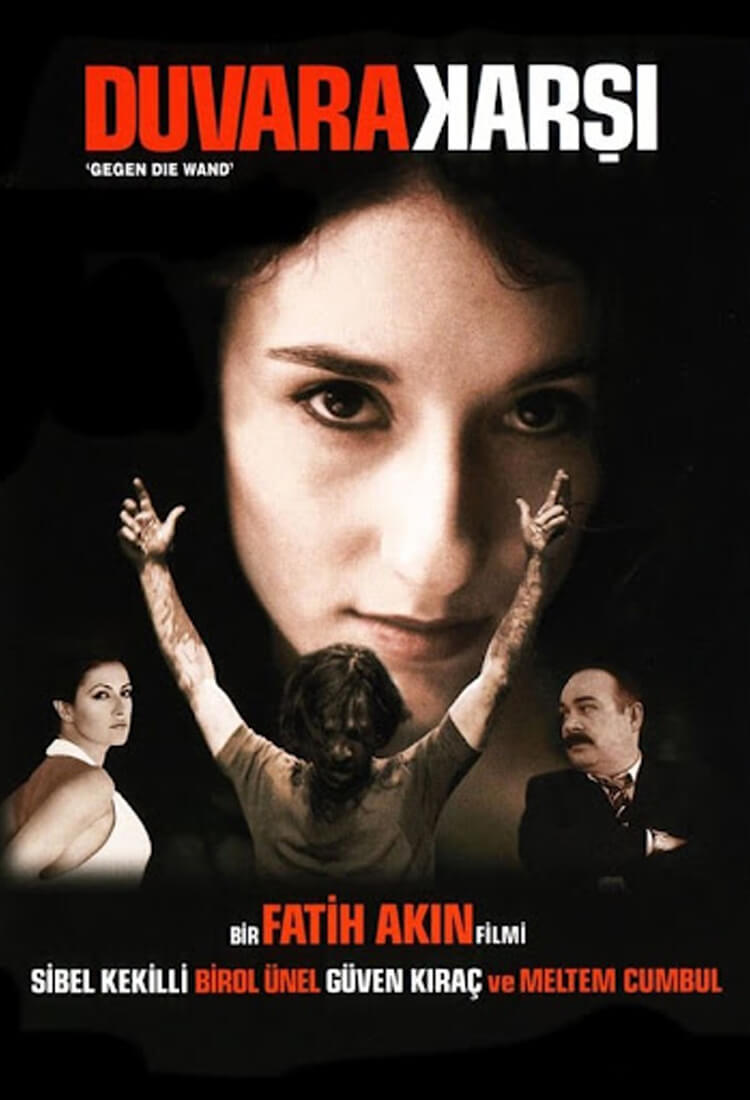 6 of our award-winning Turkish Films list. during the movie Against the Wall. Against the Wall was an important success, returning with the Golden Bear from the Berlin Film Festival.

The film tells the intersection of the paths of two characters who try to commit suicide by struggling with psychological problems. 40-year-old Cihat tries to hold on to life with a completely different lifestyle, with the advice of his psychologist. Young Sibel, on the other hand, proposes to Cihat, thinking that marriage will be a solution to her psychological problems. The couple, who got married and started living together, will now look for ways to a better life together.

Muharrem is a man who has been living in the same neighborhood for 30 years, does not neglect his prayers and lives by his religion. Muharrem has earned the trust of everyone with the life he lived. This situation draws the attention of a rich sect sheikh one day. Sheikh begins to use Muharram to collect the rents of his numerous properties. Muharrem goes out of the life he is used to and falls into a completely different world. After the striking reality he encounters, he will begin to question himself.

Nuri Bilgi Ceylan, 5. He managed to win the Best Director Award at the Cannes Film Festival with his feature film Three Monkeys.

Businessman Servet, who is preparing to participate in the general elections as an opposition candidate, has a traffic accident on a deserted road. In the accident that resulted in death, Servet offers money to his driver Eyüp, who is not even there, to take the blame. After Eyüp goes to prison instead of Servet, the events lead to a family drama. 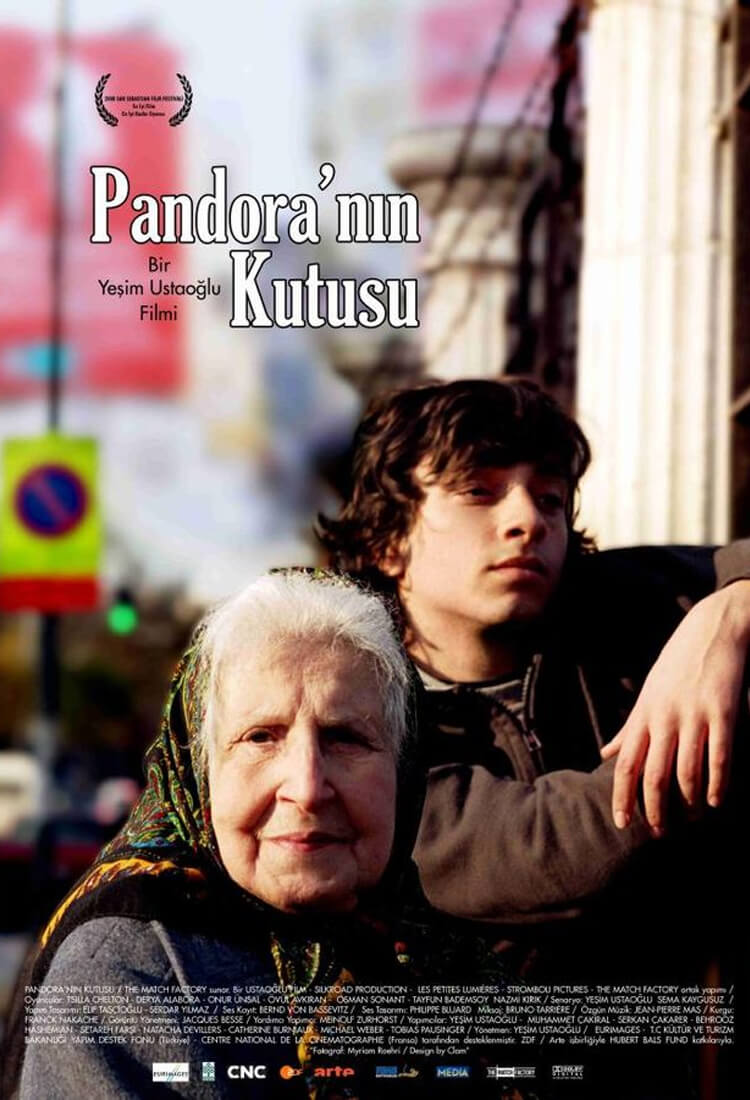 Despite living in the same city, three brothers who lost contact with each other set off from Istanbul to the Western Black Sea after receiving the news that their mother had disappeared in their hometown of the Black Sea. Along with the journey, disagreements and tensions arise between them. During the process of searching for their mother, the three siblings begin to settle accounts with each other and with themselves.

7-year-old Yusuf has just started primary school and is just learning to read and write. His father, Yakup, makes a living by producing Karakovan honey from handmade hives built on high trees in the depths of the forest. For Yusuf, the forest where he went with his father is a mysterious and scary place. One day, Yusuf has a dream and tells his dream to his father.

Mertkan does his father’s simple errands. He leads a normal and simple life, walking around shopping malls with his friends and driving around. After meeting Gül, she has the opportunity to make sense of her life. However, Mertkan’s father, Kemal, is skeptical of Gül’s origin and shares his discrimination with Mertkan. 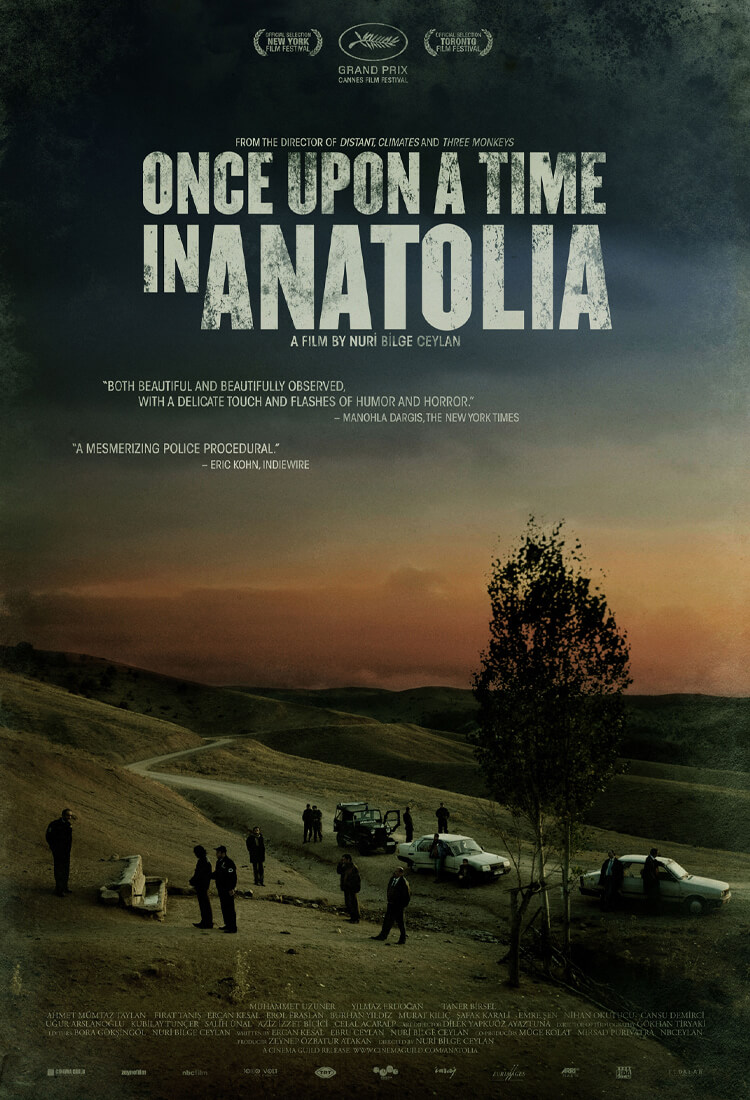 One of our country’s most successful directors in the international arena, Nuri Bilge Ceylan’s Once Upon a Time in Anatolia is his best film to date, according to many moviegoers. The famous director managed to win the Cannes Film Festival Special Jury Award and the International Haifa Film Festival Best Film Award with his movie Once Upon a Time in Anatolia.

Nuri Bilge Ceylan, in the film he wrote with Ebru Ceylan and Ercan Kesal, deals with the troubles of the countryside through a murder story. On the monotonous and ordinary Anatolian roads, the killer, the doctor and the authorities try to communicate by meeting at common points in the same car, despite their different problems. 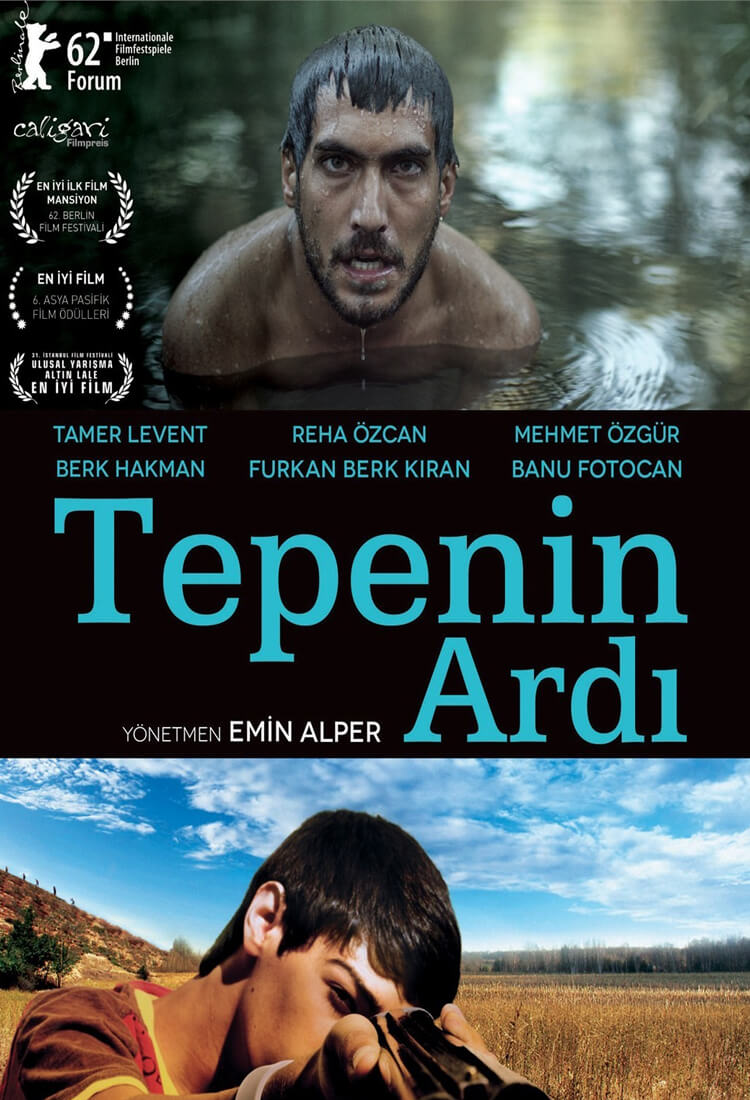 Nusret takes his two sons, one of whom is docile and introverted, and the other rebellious and disobedient, to their grandfather’s farm. One day, the peace of the people in the farm will be disturbed due to a gun explosion from which it cannot be understood and what happened afterwards. Beyond the Hill, the patriarchal culture that creates and attacks enemies instead of confronting their own problems works through a family tragedy.

In the film, which examines the existential problems of the individual from a dark window, Muharrem forces himself to be invited to dinner by his old friends, whom he never liked. With the meal, the old notebooks are opened and Muharrem’s reckoning with both his friends and himself begins.

Nuri Bilge Ceylan won the Palme d’Or at the Cannes Film Festival with his film Winter Sleep and achieved one of the greatest successes in the history of cinema in our country.

Theater actor Aydın, after retiring from acting, moves to Cappadocia to run the boutique hotel inherited from his father. In his new life away from sight, Aydın tries to pass the time by doing the things he couldn’t do before. In this process, Aydın is accompanied by his young wife Nihal, who treats him coldly and distantly in every sense, and his sister Necla, who moved in after their divorce. The cold weather and heavy snowfalls get on Aydın’s nerves and encourage him to go far. 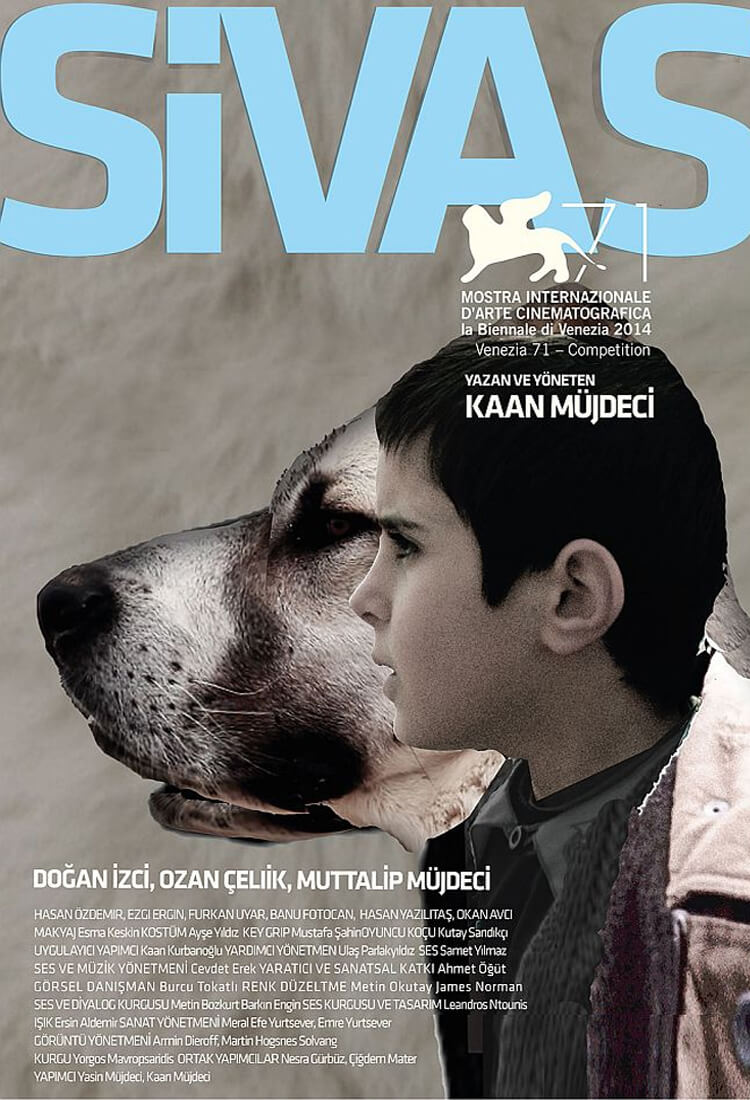 One of the most popular activities in the village where 11-year-old Aslan lives is dog fighting. One day Aslan encounters a kangal named Sivas, who was lost and injured in a dog fight. This encounter changes Aslan’s life.

Kadir, who has been in prison for 20 years, comes out on parole. Hamza, who is in an important position in the police, asks Kadir to act as an informant in exchange for his parole. Kadir, disguised as a garbage collector, informs the police in order to catch the perpetrators in Istanbul, which is in political turmoil. Finding his brother Ahmet in one of the slums where he works, Kadir tries to establish a close brother-sister relationship. However, Ahmet’s distant attitude towards Kadir pushes Kadir to produce conspiracy theories in his mind.

The film, written and directed by Mehmet Can Mertoğlu, deals with the adoption processes of a couple who cannot have children. Cüneyt and Bahar want their children to know that they are theirs, not that they are adopted in the future. For this reason, the couple takes pictures that show Bahar as if she is pregnant and they start to prepare a fake photo album. 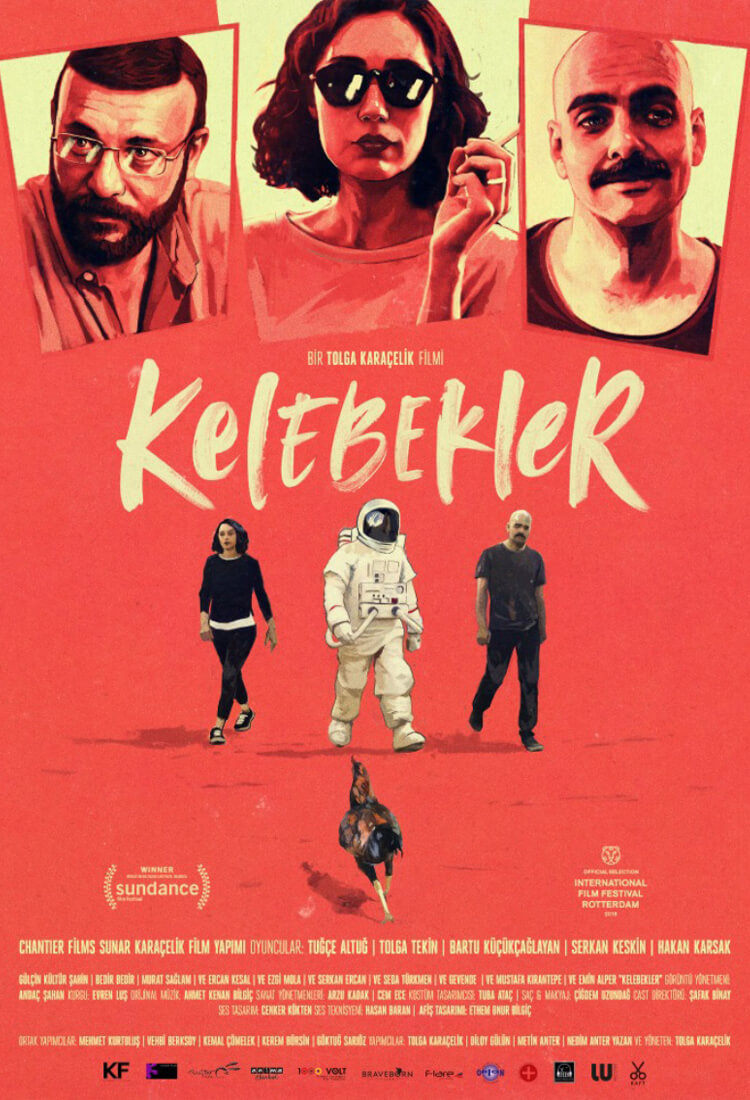 Three brothers, whose paths diverged years ago, are reunited 30 years later with the news from their father. Their father called the three brothers to the village where they were born. Cemal, the eldest of the brothers, takes his other two brothers and goes towards the village. During the time they spent together on the road and in the village, the brothers, on the one hand, longing for each other, on the other hand, will come to light for 30 years of reckoning. 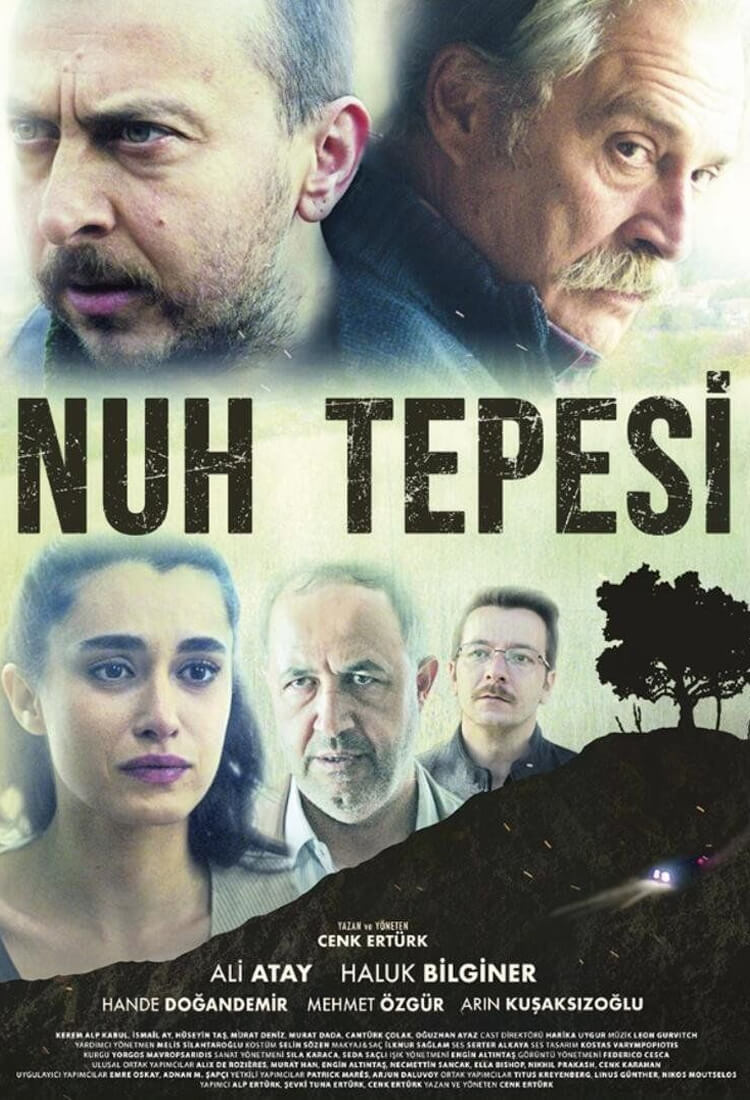 At the bottom of our award-winning Turkish Movies list is the 2019 movie Noah Tepesi. Noah Hill achieved significant success by winning the Best Screenplay and Best Actor Awards at the Tribeca Film Festival in New York.

Ömer and his father İbrahim set off from Istanbul to their hometown Bursa, at the request of İbrahim. İbrahim tells his son Ömer that he wants to be buried under a tree he planted after he dies. Although Omar accepted this request, the local people believe that Noah planted that tree. Ömer and his father try to prove that the tree and the land on which it is located belong to them. On the other hand, he tries to persuade his pregnant wife, who wants a divorce, not to leave.