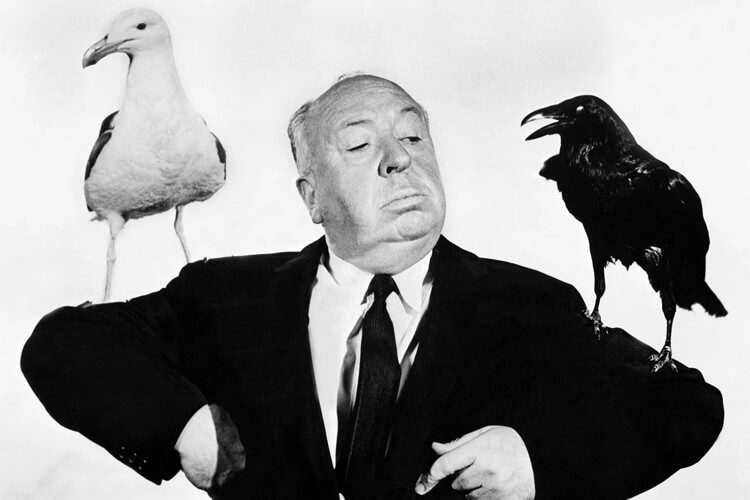 Alfred Hitchcock became one of the most important directors not only of thriller cinema but also of world cinema history with his films. The filmography of the actor director includes more than 50 films he directed. We have compiled for you the must-see films of Alfred Hitchcock, who is one of the most successful directors of the thriller genre, and is considered by many to be the most successful with his shooting techniques, his mastery in storytelling, and his unique personality. Let’s take a closer look at our list of Alfred Hitchcock movies together. 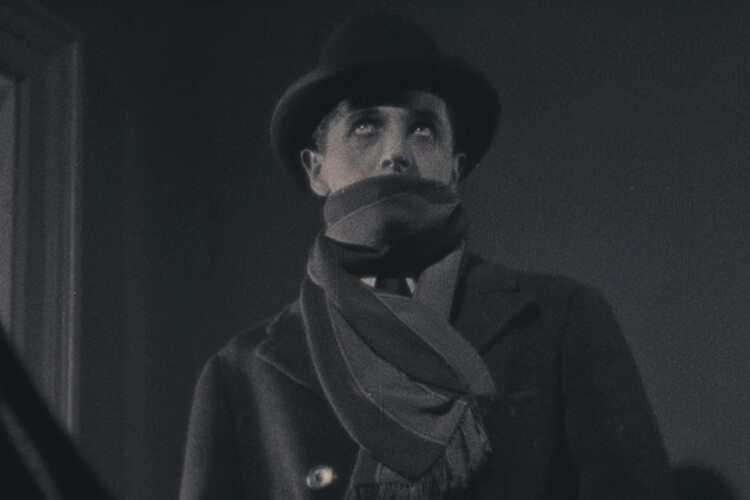 Alfred Hitchcock puts himself in front of the camera, even in one scene throughout his films. Sometimes it’s a man sitting in a cafe, sometimes it’s a passerby. The Lodger: A Story of the London Fog is the director’s first feature film. Hitchcock also considers this film to be the first film to fully reflect his own style. In addition, the film draws attention as an example of silent cinema. It tells the story of a woman who rents her house after she suspects her tenant of being the murderer of women in London. 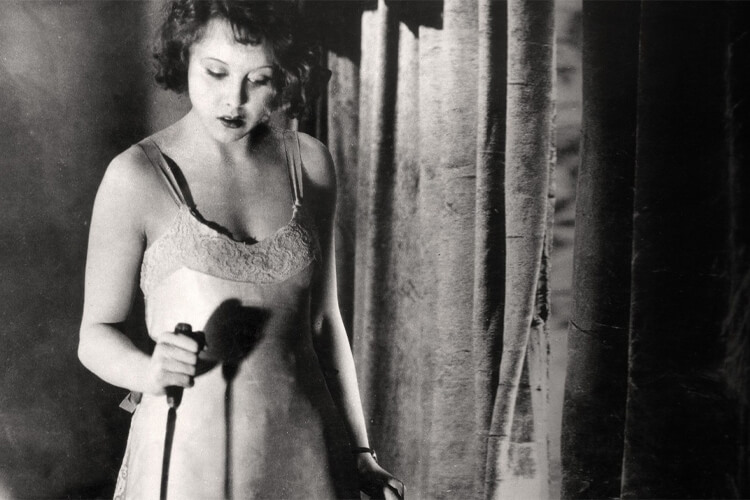 Alice and Frank are a young couple. While Alice is flirting with a strange man she met at the cafe, they have an argument with Frank, who is not unresponsive to this situation. The man Alice flirts with invites her to the painting studio, but attempts to rape Alice in the workshop. To protect herself, Alice kills the man.

When someone sees Alice as she leaves the studio, she threatens both Alice and her boyfriend, Frank, who is a detective, and starts blackmailing her. In the meantime, the film was shot as a silent film, and later it was voiced. With this aspect, it has earned the title of being the first sound film in England. 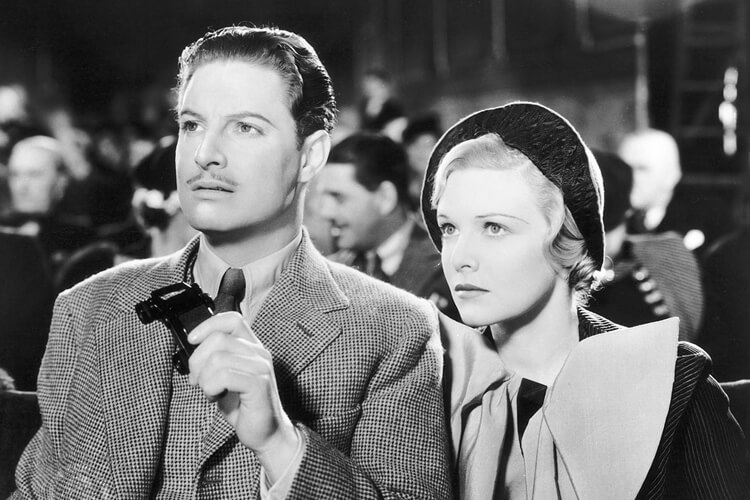 Richard Hannay, who lives in Canada and goes to London for a vacation, meets a woman named Annabella Smith one night who says he was on the run from secret agents. The woman asks Richard to hide her, and this request is granted. However, Richard is unaware of the trouble this decision will cause him. Annabella’s mysterious death naturally makes Richard the only suspect. In order to clear himself, Richard suddenly goes after a mysterious espionage network and gets into a story full of secrets. 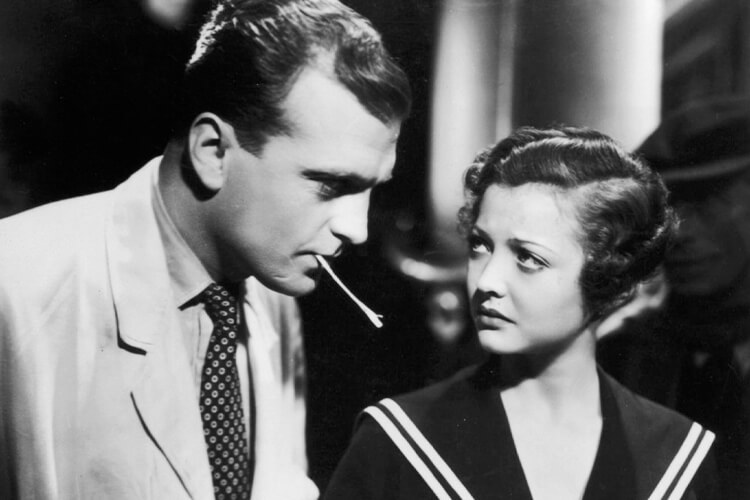 The film is based on the British author Joseph Conrad’s novel The Secret Agent. One of the most successful examples of the political novel genre, the book had a narrative that blended tension, irony and humor. In other words, it was a book that reflected Hitchcock’s cinematic language. However, instead of fully adapting the events and characters in the book, Hitchcock carries the atmosphere created by the book to the film with his own narrative style.

In the movie, Verloc, who is the owner of the cinema and also a member of a sabotage gang, is followed by a detective. Although the book tells a conspiracy story that serves a purpose, Hitchcock builds the script on a completely pointless and ambiguous plot. 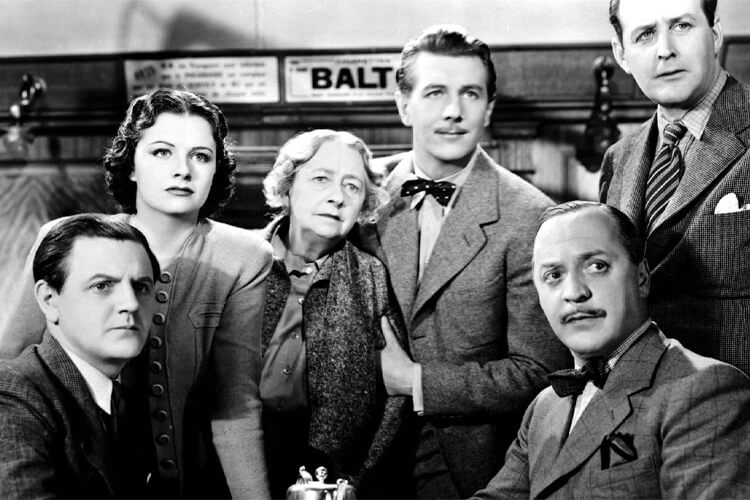 The film, which is about a strange story that takes place during the train journey, is one of the rare films of Hitchcock in which the comedy element predominates. The train, on which a woman named Iris Henderson was traveling, broke down and the passengers settled in a hotel in the small town where the train broke down.

There, Iris meets an old woman named Miss Froy. After the fault was cleared and the journey resumed, Iris saw a passenger on the train dressed in Miss Froy’s clothes. He becomes suspicious of the situation and begins to tell everyone on the train. But no one knows what’s going on and they don’t believe him. The only person who believes in him is a musician named Gilbert. 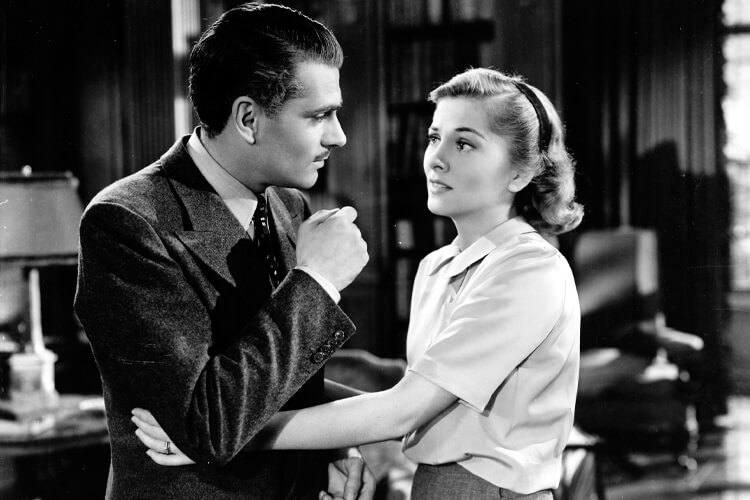 Adapted from the novel of the same name by British author Daphne du Maurier, the film won Oscars in the Best Picture and Best Cinematography categories. A woman who has just married and loves her husband very much, moves to the mansion where her husband lives after marriage. But there is something she does not know: This marriage is not her husband’s first marriage.

Rebecca, her husband’s predecessor, died of unknown cause, and strangely, she still has dominion in the house. Both her husband and the housekeepers could not erase Rebecca from her mind. In fact, the servants cannot accept this young woman. The woman, on the other hand, will try to make herself accepted by making both her husband and the maids forget Rebecca. 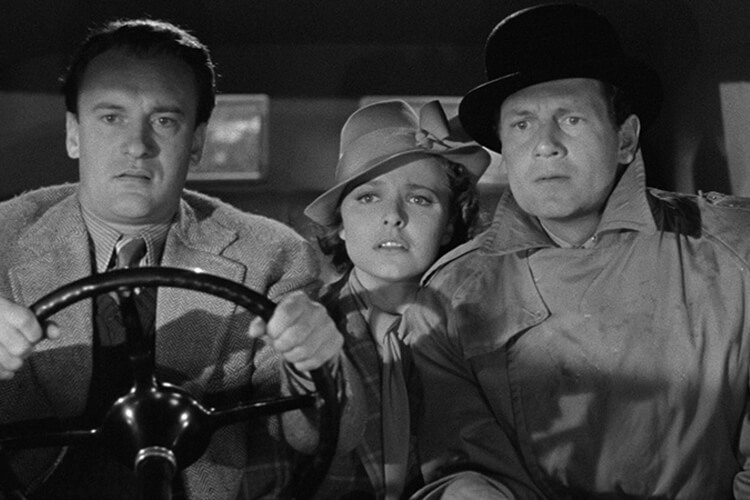 The film, which was nominated for 6 Oscars, is one of the most remarkable productions among Alfred Hitchcock films. At the center of the movie is a young American reporter. 2 of this reporter. It tells the story of his attempt to uncover an agent working for enemy countries in London before World War II. 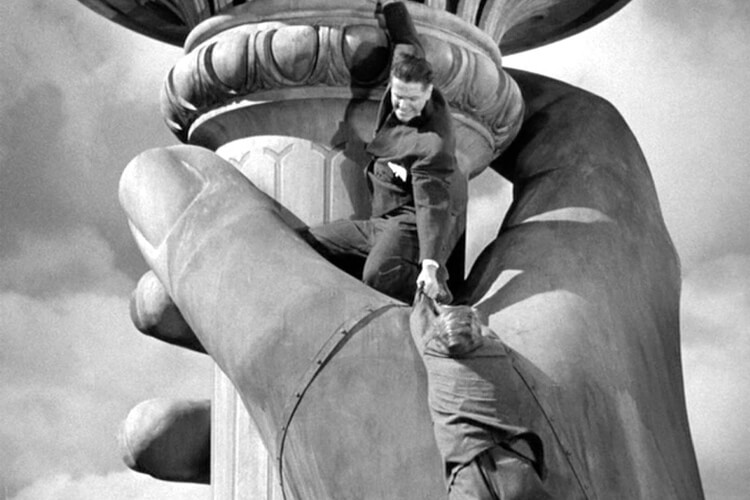 The years of the First World War… Barry Kane, who works at an aircraft factory in Los Angeles, faces the charge of saboteur without even knowing what happened. Kane, who does not accept the accusations, starts to run away. His goal is to reach New York. During this entire journey, he tries to justify himself. It will not be easy to get rid of the Nazi sympathizers, law enforcement officers and main saboteurs who are after him. 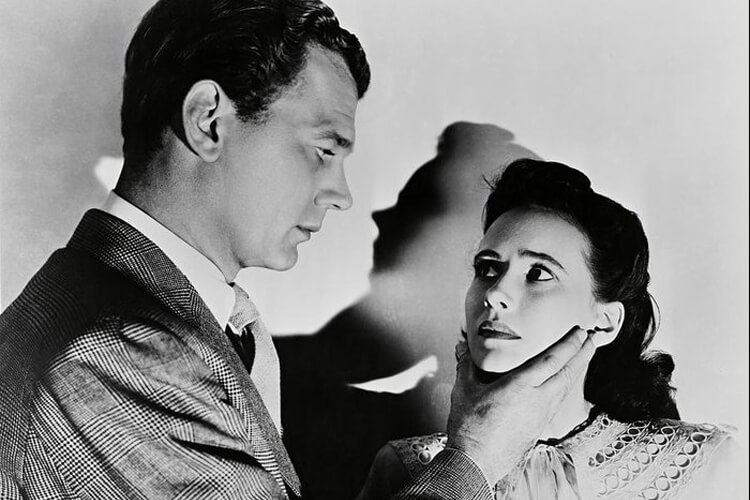 The film is one of the most remarkable productions among Alfred Hitchcock films and in the psychological thriller genre. Traveling almost all over the country for escaping the law, Charlie goes to see his younger cousin of the same name.

However, cousin Charlie begins to suspect his uncle after a while and thinks he may be the wanted killer everywhere. A chase begins between the two characters. Cousin Charlie plots to kill Uncle Charlie’s favorite relative to save himself and expose the murderer. 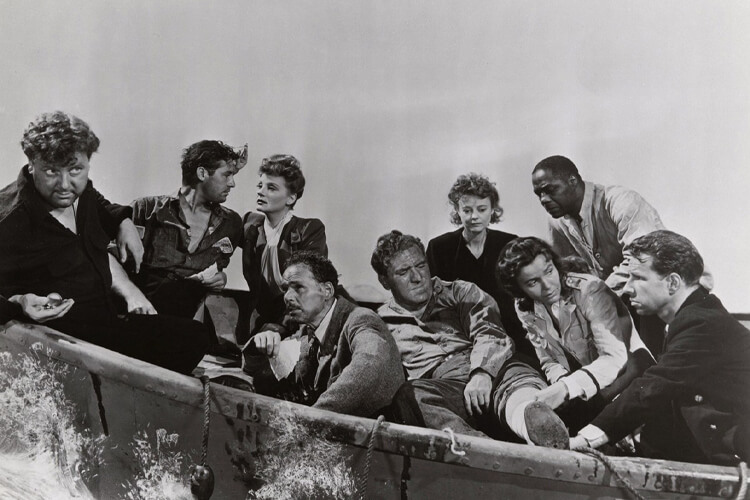 In the waters of the North Atlantic, a ship sinks as a result of an attack by a Nazi submarine. The 8 survivors of the ship get on a small boat and the struggle for survival begins. While drifting from place to place randomly, they find another person in the sea and take them on the boat. Although the person they find has problems communicating with the others on the boat at first, it turns out that he is actually pretending. When they realize that the man is the captain of the submarine that shot them, it is too late for everything. 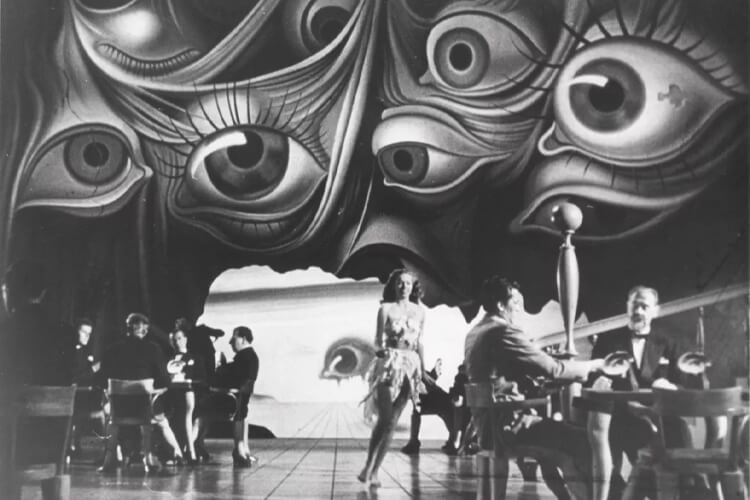 So much so that some hospital residents even think that the doctor is the murderer. Hitchcock works with Salvador Dali for the dream sequences in this movie. However, he analyzes the murders in the movie using Sigmund Freud’s psychoanalysis method. 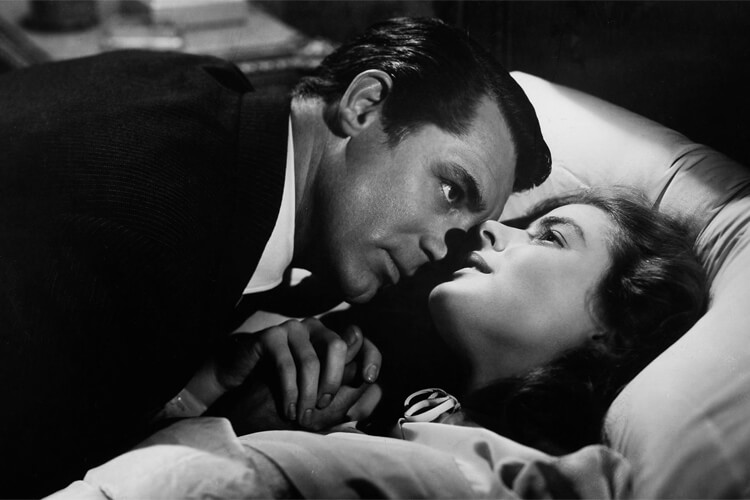 Alicia is the daughter of a Nazi war criminal convicted during World War II. The American government offers Alicia to spy. Accepting the offer, Alicia travels to Brazil and marries a member of the gang she was after. Of course, this marriage is not a real marriage.

Starting to work to take down the gang, Alicia struggles to overcome this difficult task while managing the emotional dilemma between her and Devlin, who gave her this task and fell in love with from the very beginning. 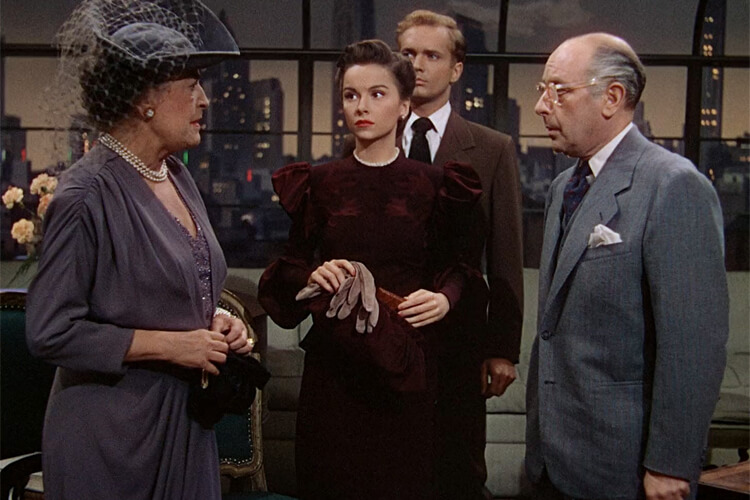 Philip and Brandon are two college students who live in the same house. These two friends kill their friend David Kentley and hide them in an old chest in the house in order to prove that there is the perfect murder. On the same evening, they give an invitation at home.

Moreover, there is the family of Kentley, whom they killed in this invitation. Everyone is quite happy with the party. The trunk that Kentley is in is standing there in front of everyone. As time progresses, one of the guests senses something strange and events develop. 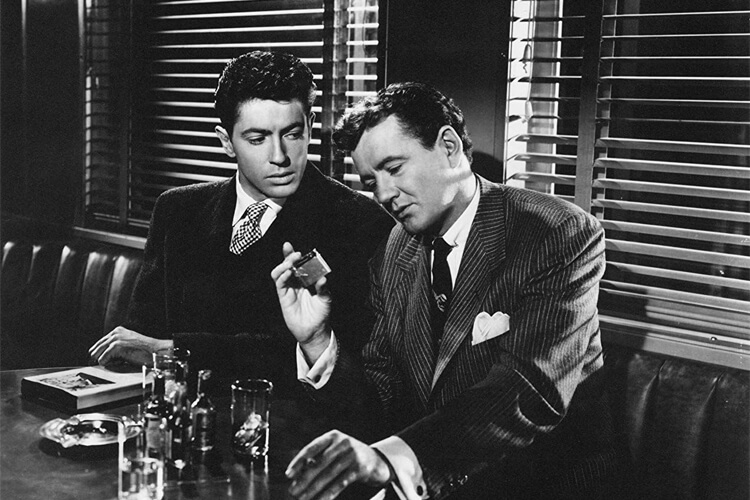 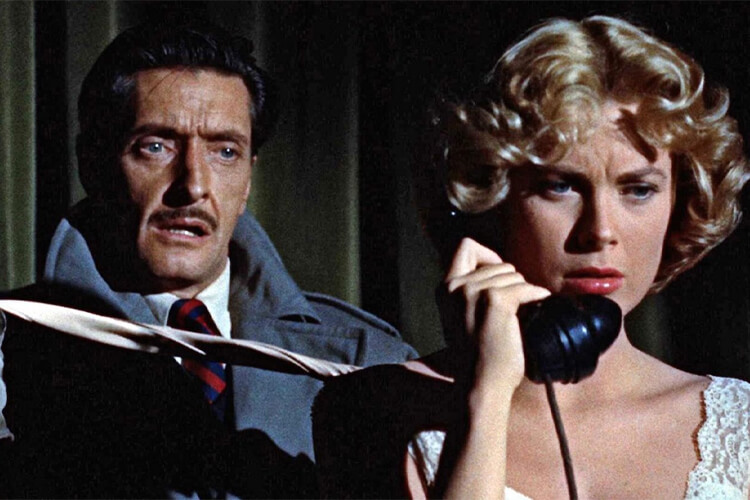 The film, in which the concepts of love and doubt are handled within the framework of a three-person love triangle, is adapted from Frederick Knott’s play of the same name. Tony and Margot are a married couple. Tony finds out that his wife is cheating on him with a guy named Mark and can’t get over it. He plans to kill his wife, but nothing goes as planned. On top of that, when he calls a wrong number on the phone and tells about the murder plan, the story evolves to a completely different point. Dial M for Murder has a remarkable place among Alfred Hitchcock films. 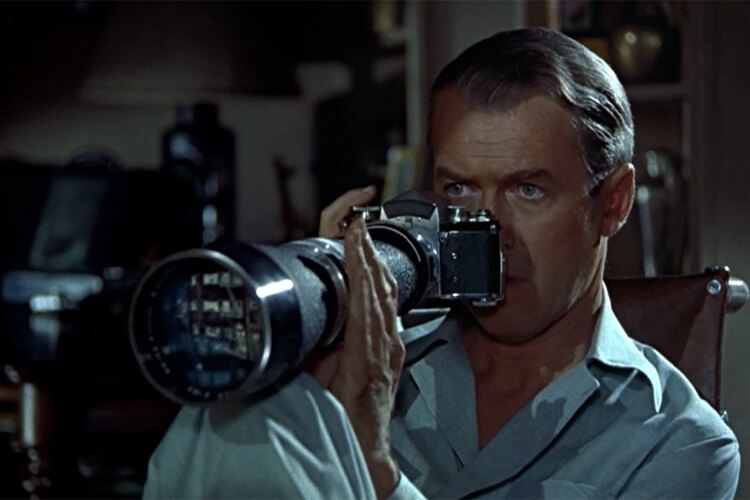 Photographer LB Jeffries breaks his leg in an accident and must spend time in his apartment until he recovers. Bored with being at home, Jeffries uses a telescope to watch his neighbors through the back window. One day, while doing the same activity, he hears voices from his neighbor’s house and sees that there are some struggles through the window. Suspecting that the man killed his wife, Jeffries seeks help from his girlfriend and nurse.

Vertigo, which gives the movie its name, is a disease in which intense dizziness is experienced. Based on this, Hitchcock introduced the shooting technique, also known as the Vertigo Effect, to the world of cinema, and the film has become one of the most iconic productions in the history of cinema. A detective named Scottie Ferguson has a fear of heights after his colleague falls off the roof, which turns into Vertigo.

He even quits his job because of this, but an old friend asks him to watch his wife. Scottie starts watching his friend’s wife and realizes that she has some mental problems. Therefore, instead of following the woman, he decides to meet her and help her. However, this meeting will turn into a test for Scottie to face his fears. 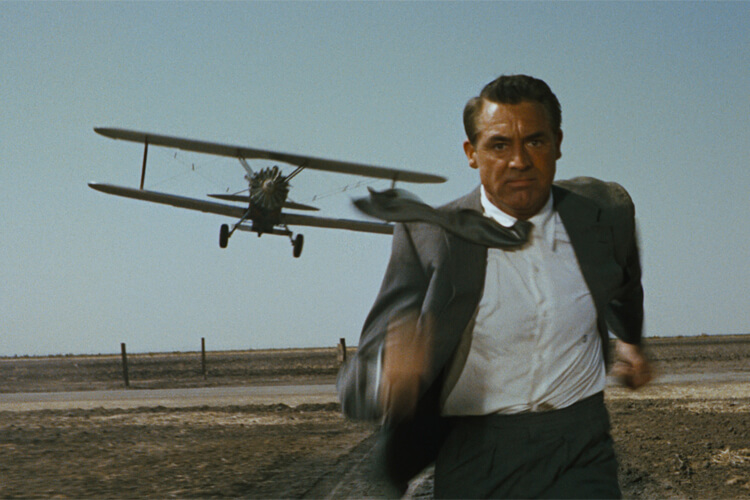 Roger gets out of here and sets out to find out who George Kaplan is, who has brought these things on himself. However, this curiosity will open up great things for him. Roger is found responsible for a murder he no longer committed, and both the police and the undercover agencies are on the hunt for him. 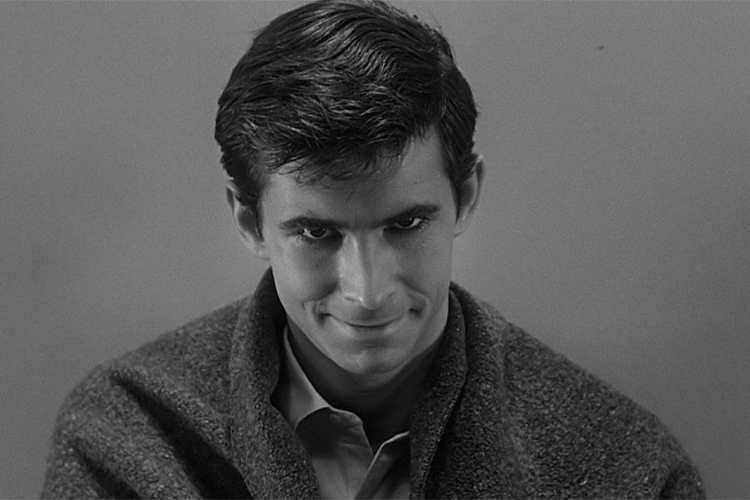 Psycho is the first production that comes to mind for many people when it comes to Alfred Hitchcock movies. Especially the iconic murder scene is shown as an example in cinema classes even today. Marion and Sam are a young couple who want to get married, but they don’t have enough money to live the life they dream of.

One day, her boss gives Marion a large sum of money to deposit in the bank. Marion informs Sam and they plan to take the money and escape together. Jumping into her car, Marion sets off to meet Sam.

Continuing on his journey, he decides to spend the night in a motel. Marion, who started to chat with Norman Bates, the owner of the motel after holding the room, ended the conversation in the face of some strange behavior of Norman and went to his room to take a shower. 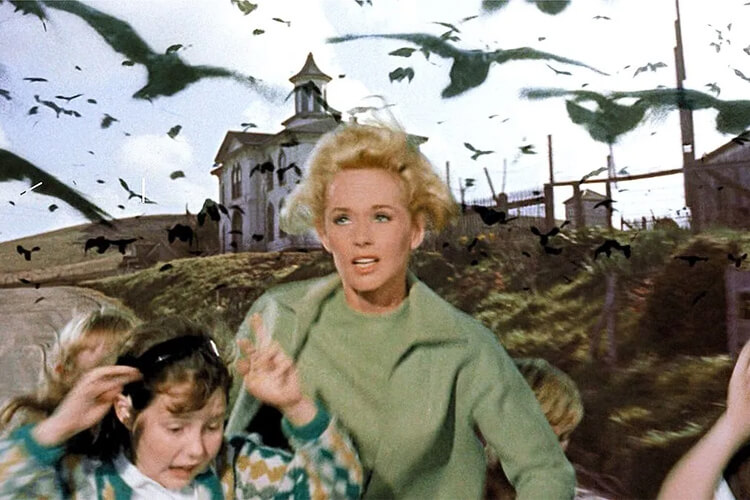 While on vacation, Hitchcock sees a newspaper article and is very impressed by this news. The report mentions birds that attack houses. The director, who decided to combine this news he saw in the newspaper with the story of Daphne du Maurier, shoots the movie The Birds. The subject of the movie is the birds that started to attack the Bodega beach.

Mitch is considering buying a parakeet as a birthday present for his sister and meets Melanie at a bird shop in San Francisco. As the conversation progresses, they think that they may have met before. Mitch then invites Melanie to his birthday party. As the party begins, there are some very strange bird attacks in the town.