Things to Know About the Rock

The question of how rock is formed also calls up many questions about the earth. It should be noted that rocks have an important place in terms of the formation and development of the earth. Knowing about rocks includes learning about water and land systems. We wouldn’t be wrong if we say that there is a synthesis of the partnership between these systems. In its most general definition, it is a solid structure formed as a result of the synthesis of more than one mineral. These structures have different types according to the mineral balance that forms them.

Since their formation took place over a very long time, they can be said to be the history of the earth in a way. They offer an idea about the geological and geomorphological structure of the region they are in. In many parts of the world, there are rocks that can be visited for touristic purposes. Apart from this, it should be noted that there are countless rocks whose names are unknown. It has been determined that rocks have also been formed since the formation of the earth. Sometimes they are shaped by the cooling of gas particles located outside the world, and sometimes by natural events. They are also included in various categories according to their formation forms. 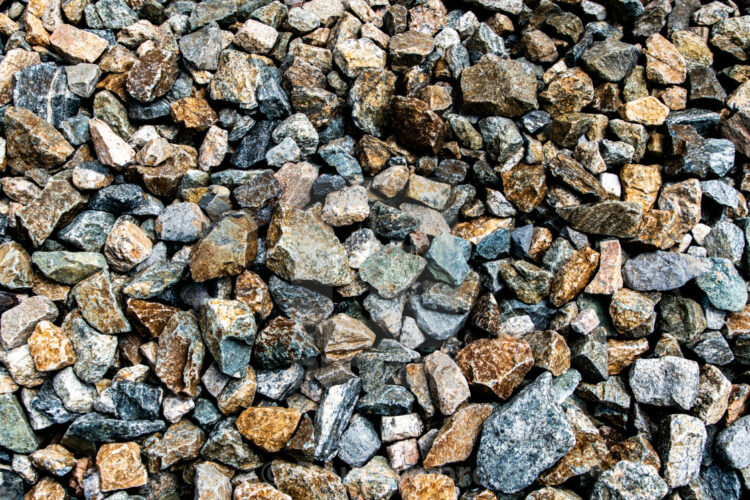 As we mentioned earlier, rocks are categorized in many different ways. They can be classified according to their mineral structures, heating and cooling conditions, and the texture of the components in them. When all these conditions are considered, the most common rock types are; metamorphic, sedimentary and igneous rocks. Each type has its own characteristics.

During the formation of the earth over billions of years, different types of rocks emerge. It can sometimes occur as a result of volcanic eruptions and sometimes as a result of development over many years. This naturally separates the internal properties of the rocks from each other.

A system called the “rock cycle” is used during classification. According to this cyclical model, rocks can transform by changing their class. Thanks to the rock cycle model, it has become possible to follow the transformations of rocks throughout history. This metamorphosis process in rocks progresses from magmatic to sedimentary and finally metamorphosis. In short, it is possible to say that the rocks emerged in a cyclical structure and followed the same cycle. Thanks to this structural model, it has become very easy for the scientific world to follow the rocks.

How Does the Rock Cycle Occur? 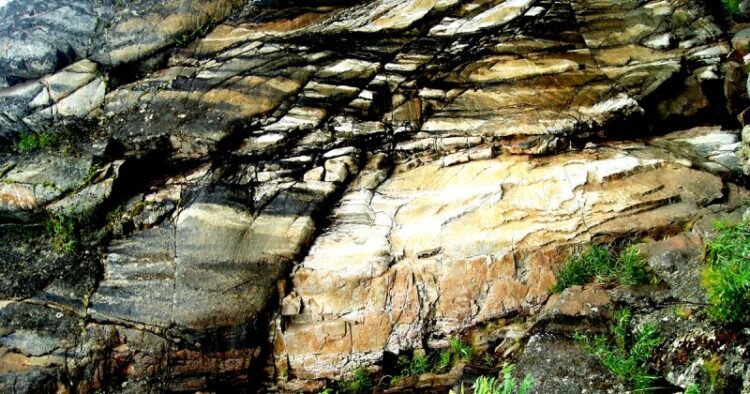 There are three different types of rocks that we encounter in the earth’s crust on which we live. These rocks are igneous, sedimentary and metamorphic rocks, respectively. Although their formation exceeds millions of years, the rocks continue to stay where they are. In this sense, it would not be wrong to say that they are the oldest guests of the earth. Sometimes rain, erosion, earthquake, wave etc. Although they are affected, they are only transformed. The model that examines these transformations is the rock cycle model that we mentioned before. Let’s not ignore the importance of water in terms of rock cycle.

Water is a source of great importance in terms of changing form and transformation of rocks. Thanks to the effect of water, various syntheses occur between the components in which the rocks are formed. The rock cycle begins when the igneous rock, which begins to cool underground, comes to the surface as a result of tectonic events. Sedimentary rock is formed as a result of this rock being affected by rain, wind and erosion and its precipitation. This rock continues to undergo transformation. Under the influence of intense heat, sedimentary rocks turn into metamorphic rocks. This is how the rock cycle takes place in the most general sense.

What are the types?

In the light of the question of how the rock is formed, let’s start to examine the rock types together. 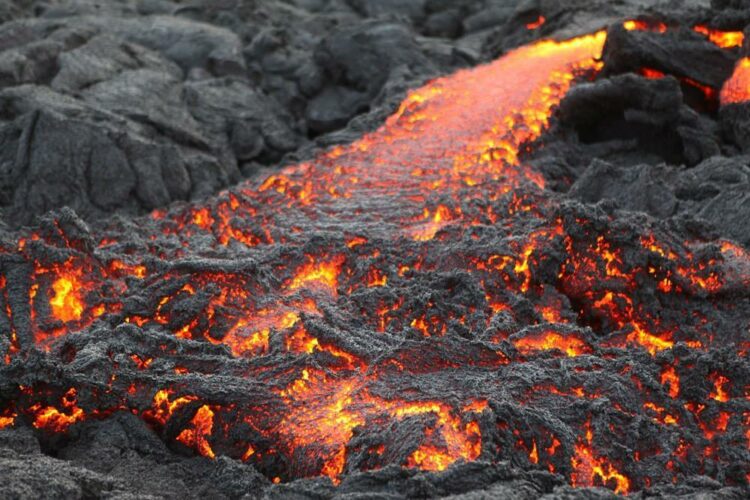 Magma is the basis of the formation of igneous rocks. It is formed as a result of the cooling of magma in the depths of the earth’s crust and its rise to the surface. Of course, this process can take thousands of years. It can be said that igneous rocks have a crystal-like structure. This crystal structure emerges as a result of the process of overheating and cooling. With the cooling of the magma, the process of rising to the surface takes place with the help of tectonic movements. Igneous rocks are divided into two. If it occurs on or near the earth’s surface, it is called a “volcanic rock”. Plutonic rock is formed when the warming and cooling process takes place slowly in the depths of the earth.

Igneous rocks may occur due to heating, pressure change or component transformation in the magma structure. It should be noted that a very important part of the earth’s crust is formed by igneous rocks. Igneous rocks make up about 70 percent of it. Basalt, gabbro, granite, granodiorite, syenite and ultramafic are the types of these rocks. Basalt material constitutes almost all of the oceanic crusts. The transformation of igneous rocks over time by external factors or chemical intervention is called sedimentary rock. 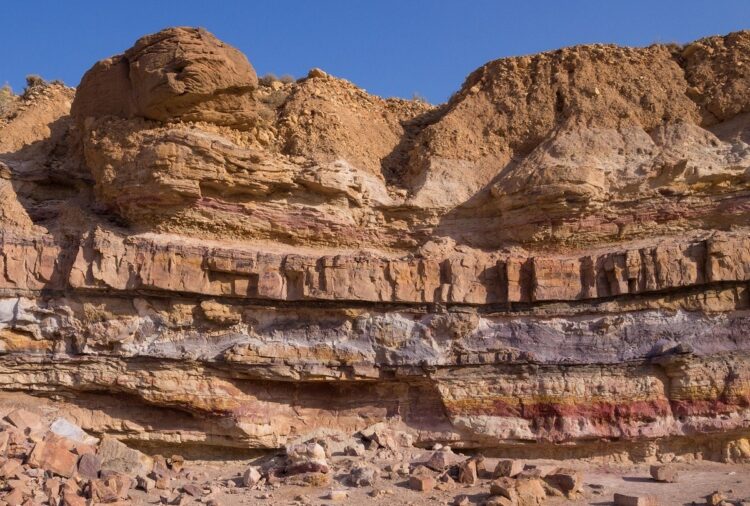 Sedimentary rocks are among the most interesting answers to the question of how rock is formed. The main reason for this is that igneous rocks are formed from transformation in a dazzling way.

There are many definitions of sedimentary rocks. Among these definitions, the most common ones are sedimentary and sedimentary. Sediments are formed at the end of the deposition of pre-existing rocks by natural factors or chemical intervention. These natural events are wind, rain, flood, erosion, storm etc. it could be. As a result of all these events, a change occurs in the essence of the igneous rock.

In our selection of how rocks are formed, now there are metamorphic rocks. Also known as metamorphic rocks. The reason why it has this name is that it has gone through a long metamorphosis process. It is the definition given to the transformation of different rocks by temperature, pressure, stress and chemical effects. Sedimentary rocks and igneous rocks may have the appearance of metamorphic rocks after these natural or artificial processes. They mostly have a crystalline structure. For this reason, it is also called crystal schist. Metamorphic gets its name from metamorphism.

How Rock Is Formed: Who Are Its Inventors? 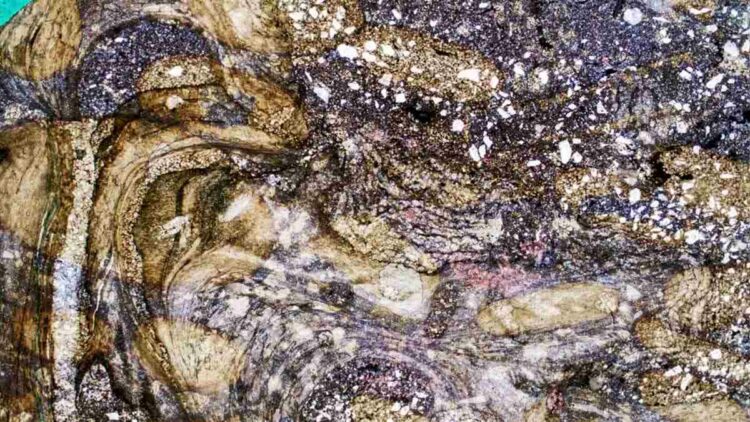 With the question of how the rock is formed, it undoubtedly brings to mind who studied the rocks. It would not be wrong to say that the birth and development of mining made the rocks recognizable by humans. In parallel with the development of mining, the emergence of petrography is an important breakthrough. Thanks to the science of petrography, the characteristics of the rocks found on the earth, in the regions close to the earth and even in the earth’s crust could be examined. While this was sometimes the physical structures of the rocks, sometimes it was to investigate the materials that make up the rocks. People who are interested in petrography are called petrographers. Petrographers conduct their examinations with a petrographic microscope.

Thanks to this method, the minerals that make up the rocks can be separated and examined down to their smallest parts. It should not be forgotten that rocks have been used in some way throughout human history. It is known that humanity created the first tools by chipping, breaking and shaping stones. Many of these stones are undoubtedly rocks. In this sense, it is possible to say that rocks have been used since the Stone Age. With the acceptance of mining as a professional occupation, the importance of rocks has increased. Today, many rocks are used in mining.

23 0
Things to Know About Geophysical Science
•

0 0
Al-Jazari: Founder of Cybernetics and Father of Mechanics
•

13 0
How Was the World Created? 10 Interesting Facts About Earth
•