Mystical Symbols: Symbols from the Past to the Present and Their Meanings

Mystical symbols that you see as tattoos in daily life, on social media or in any other person may be attracting your attention. Mystical symbols take on various meanings within themselves. The origin of the symbols that you encounter in many areas is based on different cultures. As you learn about the meanings of these symbols you’re familiar with before, you may have brand new tattoo ideas in mind!

1) From Ancient Egypt to the Present: The Eye of Horus

The eye of Horus is one of the first symbols that come to mind when it comes to Ancient Egypt. According to ancient belief, this symbol means the all-seeing and all-knowing eye. It includes meanings such as re-existence, renewal, transformation, improvement.

The symbol, which has more healing-oriented legends, consists of 6 parts, although it seems like a whole. Each part is denoted by dividing it into fractions according to the ancient Egyptian system of measurement. Each sense has a different piece.

2) A Symbol That Has Lost Its True Meaning: Swastika (Swastika)

Although it is known today as the ‘Nazi symbol’, the history of the Swastika goes back many years. The symbol, usually moving clockwise, is known as ‘the bringer of happiness’. Swastika, which is used with different objects all over the world, can be seen on coins in Mesopotamia and in forms symbolizing Thor’s hammer in Scandinavia. The symbol, which has a special place in India as well, is known as the ‘good luck’ symbol among Hindus. It is also used in many places of worship.

3) From Shamanism to Norse Mythology: The Tree of Life

Known and rooted in Turkish belief, the Tree of Life is a cherished symbol based on the influence of Shamanism. It is associated with the subjects of birth, death, existence, absence, emotions and feelings.

According to the old Turkish belief before the religion of Islam, people attribute different meanings to different symbols. Especially things that rise to the sky and look magnificent are more important to them.

The interconnectedness of every state in the universe is interpreted in different ways for the Tree of Life. It can be considered as a demonstration of a real connection that is formed at the basis of the spiritual world and the physical world. Various depictions of the Tree of Life appear frequently in Norse Mythology.

4) One of the first ones that come to mind when talking about mystical symbols: Hamsa

Hamsa, known as ‘Fatma’s hand’ in Islamic culture and used extensively, is known as a symbol of Jewish origin. The meaning of this symbol, which has become widespread as an ornament today, is to throw away bad energy. It is also preferred as an amulet or talisman according to different cultures or beliefs.

Hamsa, meaning 5 in Arabic, describes the hand in the symbol. According to Jewish culture, the meaning of five is associated with the books of the Torah. Over time, different meanings have been loaded on it according to each divine religion…

It can be said that the most important meaning for Hamsa is protection from negative energy or people with bad eyes. It’s kind of like an evil eye guard…

5) From the Far East to Our Daily Life: Om

The ‘om’ familiar to those involved in yoga is not just a word and a sound. It is said that there is nothing before the sound of om, which has a very high spiritual meaning, and there is a kind of emptiness.

The sound of the Om symbol, which has its origins in Hinduism, is used as a means of expressing everything that will happen in the universe. This sound, formed by vibrations, is somewhere beyond time…

If we consider its meaning as a symbol, we can say that it is the representative of birth, life and death in its most basic form. It represents knowledge and intuition. The third eye chakra, located between our chakras, is associated with Om.

6) A Healer Among Mystical Symbols: Caduceus

Known as the symbol of medicine, Caduceus is based on a different legend. You may think that you are familiar with the eye as the emblem of health institutions. However, although the symbol seems to be preferred because it is associated with health in Greek mythology, it is not accepted by the World Medical Association.

Legend has it that Hermes wanted to test the strength of his staff. Then he places the staff in the middle of two snakes that are close to each other. Thus, it proves to people that disagreements are definitely a way of reconciliation.

The symbol, confused with the Caduceus symbol, has a single serpent, unlike the staff of Hermes. The owner of the staff is Asklepios, son of Apollo, known as the god of medicine. According to this legend, the meaning of the staff is; Healing, regenerating and healing…

7) A Totality of Contradictions: Yin Yang

We have come to the most popular symbol among the mystical symbols… Ying Yang, which is formed in Chinese culture and seen by almost everyone, represents the unity of contrasts. Apart from this, the meanings and rumors that are created can also occur when we attribute meaning to objects or images.

Yin means calm, slow, while Yang means chaos, being tough. It is said that opposites meet and form an order.

8) A Key That Connects Worlds: Ankh

Although the Ankh key is likened to the sign of the cross, it can be said to be among the known mistakes. Its meaning is said to be based on the connection between the ordinary world and the sublime realm. It is also known as the Key of the Nile and the Key of Life.

Ankh, originating from Ancient Egypt, speaks of the eternity of life. It refers to the fact that there is life again after life in the world and that it will last forever. However, it is worth noting that it has different meanings for many cultures…

The evil eye bead is one of the indispensable symbols of Turkish society. Jewelry, accessories, ornaments, etc. The evil eye bead, which is used in many forms such as, can cause the society to believe in false information due to ambiguity.

It is believed to protect from evil eyes, glances and thoughts. The connection between the eyes of people is considered with the eye-shaped eye-shaped evil eye beads. After all, the eye that sees, knows and decides everything…

10) The Symbol That Brings Past, Future and Present Together: Mystical Knot

The symbol, also known as the endless knot, belongs to the Hindu faith. When we look at the intertwined state of the lines as in the image, it is necessary to see the balance between the past, the future and the present.

The unending commitment of the lines means eternal love.

Who is Rasputin? Interesting Life of Famous Russian Mystic Rasputin 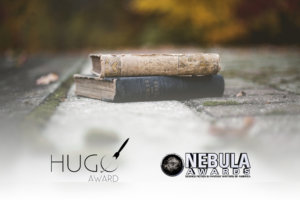 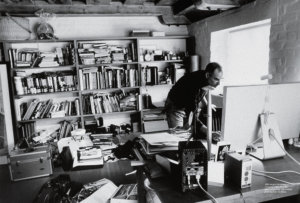 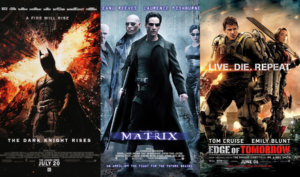 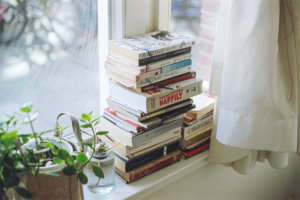