Indian TV Shows: 20 Most Loved and Most Watched TV Shows of Bollywood

Indian TV series, which have become very popular in recent years, have a large following in our country. From love stories to action-packed scenarios, from devastating comedies to Indian mythologies, TV series of many different genres are loved and watched. We have listed the most popular Indian TV series for you. Have fun watching!

We are starting our list of Hindi dramas with Iss Pyaar Ko Kya Naam Doon. The series, which was broadcast under the name “Bir Garip Ask” on Channel 7 screens in our country for years, was very popular in Turkey as well as in India. The series is about the coincidental love stories of Arnav, a wealthy businessman, and Khushi, the daughter of a middle-class family. Arnav and Khushi meet by mistake. Afterwards, coincidences bring the two closer together. The lead roles in the series are Barun Sobti and Sanaya Irani.

Yeh Hai Mohabbatein is another serial that was watched with great admiration on Indian television and met with Turkish viewers on Channel 7. The series was broadcast on Kanal 7 under the name “Sev Yeter”. Rich businessman Raman lives with his daughter Ruhi. However, his ex-wife and Ruhi’s mother Shagun wants to take custody of her daughter from Raman. Raman makes a formal marriage to dentist Ishita in order not to lose custody of his daughter. Day by day, Raman and Ishita start to get closer to each other. The lead roles in the series are shared by Karan Patel and Divyanka Tripathi.

3 of our Indian TV series list. during a comedy series. Khichdi is a sitcom that has been enjoyed on Indian television for many years. The sitcom has a Western-style sense of humor. The Parekh family, which consists of very different personalities, lives in an old mansion. The conflicts of family members, who deal with the problems they encounter in different ways, cause funny situations. The cast includes names such as Rajeev Mehta, Anang Desai and Vandana Pathak.

The detective drama Powder has been one of the most watched TV series in India since 2010 with its strong cast and impressive script. Powder was adapted for Indian television from the famous American series The Wire. The cast of this gripping series includes names like Pankaj Tripathy, Geetika Tyaki, Rahul Bagga and Manish Chaudhari.

Another Indian love drama, Swaragini, was broadcast on Channel 7 screens under the name “Knife Blade”. Swara and Ragini are two close friends who are inseparable despite their families being hostile to each other. But one day they meet a man named Lakshya. Both Swara and Ragini fall in love with this man. After that, the two friends break up. After a while, a new person named Sanskaar enters this love triangle and things change. Swaragini stars Helly Shah, Tejasswi Prakash and Namish Taneja.

6 of our list. during the action and superhero genre series Captain Vyom. The 54-episode series is considered one of the best examples of its kind in India. The series is about the humanity of the year 2123. Mankind has conquered the Solar system and established space stations on different planets. A woman named Maya meets the old wise Astro Guru after her space travel. Afterwards, he goes to Jupiter’s moon Io, where the world’s most notorious criminals are kept, and things get mixed up. Milind Soman and Kartika Rane share the lead roles in the series.

Thapki Pyar Ki is another Indian drama broadcast on Channel 7. It met with the Turkish audience under the name “Love is a Dream”. The drama focuses on the life and romantic relationships of a stuttering girl. Thapki, who does not stop looking at life with hope despite all the difficulties he has been through, is looking for the love of his life. However, no one wants to marry Thapki because he stutters. After his bad relationships, he starts a new relationship with his boss, Dhruv. The lead roles in the series are Jigyasa Singh and Ankit Bathla.

8 of our Indian TV series list. during another love drama, Jaana Na Dil Se Door. Vividha and Kailash are two completely different people who grew up in different environments. Kailash is a tough guy who grew up through hardship. Vividha, on the other hand, is a sensitive woman who grew up in the shadow of her oppressive father. Although they are other people from other lives, their love brings these two together. The brave relationship between them will change both of their lives. Shivani Surve and Vikram Singh Chauhan share the lead roles in the drama.

Pyaar Kii Ye Ek Kahaani has a very different story than the other dramas on our list. The difference from Indian TV series full of love and romance is that it deals with a vampire story. The series, which is very popular in India, blends romance and vampire story beautifully. The cast of this fantasy romantic drama includes famous names such as Vivian Dsena, Priya Wal and Sukitrti Kanpal.

The Ishqbaaz series, which successfully handles comedy as well as romance, is the 10th of our Indian TV series list. finds a place for himself. Ishqbaz is about the three siblings of the Oberoi family, one of the wealthiest families in India. The lives and relationships of the three brothers, who come from a wealthy family, have been admired in India for years. The cast of the Ishqbaaz drama includes names such as Nakuul Mehta, Surbhi Jyoti, Kunal Jaisingh and Leenesh Mattoo.

Beintehaa, one of India’s most popular romantic comedy series, was also broadcast on Channel 7 under the name Benimsin. The series focuses on the fun and romantic love stories of two opposite characters, Zain and Aaliya. Zain was sent to England by his family for his education. However, he is quite unsuccessful as he is constantly chasing after beautiful girls. Aaliya, who has the opposite character, is engaged to someone she has never seen. When these two meet as a result of coincidences, they fall in love with each other. Preetika Rao and Harshad Arora share the lead roles in the series. 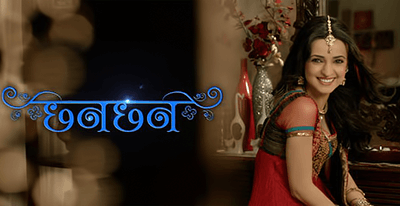 Another Indian television romantic comedy series, Chhanchhan focuses on the life and tangled love story of a young woman. Chhanchhan is a modern woman looking for love. She meets a young man named Manav at a wedding. Although they do not like each other very much at first, they begin to fall in love with each other over time. However, Manav’s father Umben does not want his son to marry Chhanchhan. That’s why she pretends to be sick and asks another woman to marry, and things get complicated. The drama stars Sanaya Irani and Anuj Sachdeva in the lead roles.

13 of our list of Indian TV series. during the action series Proloy Asche. Despite being a mini-series , Proloy Asche made a big splash in India in a short time. The series is about the action-packed relentless adventure of a man named Proloy. The series, which is a good example of action of Indian television, managed to collect the appreciation of action lovers. The cast of the series includes famous names such as Abir Chaterjee, Saayoni Ghosh and Supriyo Dutta.

The Hatim series became one of the most diverse and most watched series on Indian television during its broadcast. The series focuses on the story of a boy named Hatim, who was born in Yemen in the Middle Ages. When Hatim was born, the son of the Yemeni emperor, named Jaffar, was born. When Jaffar grows up and takes over the empire, he demands that all babies in the country be killed. Jaffar’s biggest supporter is the evil wizard Najumi. Hatim takes action to save the country from Najumi and Jaffar. Rahil Azam, Pooja Ghai and Nirmal Pandey star in this gripping series.

As we come towards the end of our list of Indian TV series, 15. Next is the Mahabharat series. The series, which was highly acclaimed in India, managed to win 16 awards in different fields. Unlike other dramas on our list, Mahabharat is a mythological drama. The story of the series is based on a famous Indian legend. The cast includes Saurabh Raj Jain, Shaheer Sheikh and Pooja Sharma.

Sarabhai Sarabhai is one of the most popular comedy series that has been broadcast on Indian television for many years. Sarabhai family is a wealthy and upper class family. The family’s daughter, Maya, falls in love with someone one day and tells her family that she wants to get married. However, the man she wants to marry is the child of a middle-class family. Sarabhai’s confrontation with this situation creates hilarious conflicts. The cast of the drama includes actors like Ratna Pathak Shah, Sumeet Raghvan and Rupali Ganguly.

17th of our Indian TV series list. during the Humsafar series. Unlike many romantic productions on Indian television, Humsafar only lasted 23 episodes. However, despite being so short, it is a very successful production. The TV series, adapted from Farhat Ishtiaq’s novel of the same name, draws attention with its high IMDb score. The lead roles in the series are shared by Fawad Khan and Mahira Khan.

Unlike the other series on the list, TVF Pitchers is a mini-series broadcast on YouTube, not on TV. The series, which is similar to the famous American TV series Entourage, is a 5-part production. The series deals with the story of four friends who set out to establish an innovative company. The cast of the production, which is a very successful comedy series, includes young names such as Naveen Kasturia, Arunabh Kumar and Jitendra Kumar.

Malgudi Days is one of the legendary series of Indian television. Three seasons of the series aired from 1986 to 1988. The fourth season aired in 2006. The story of the series is based on a short story written by RK Narayan in 1943. The same story was adapted into a movie in English. Master Manjunath, Shankar Nag and Girish Karnad are the leading roles in this successful production, which has a very high IMDb score.

At the end of our list of Indian TV series, there is the Office Office series. The series has a flow in the style of Western sitcom comedy. The series, which has been airing since 2000, is one of the most popular comedy series in India. Office Office hilariously covers corruption, wrongdoing and bribery in India’s public offices. It is the main story of the series where Mussaidal, who works in a government office, lives with unqualified and corrupt officials. The cast of the series includes names such as Pankaj Kapur, Asawari Joshi and Manoj Pahwa.