What is Yin Yang Philosophy? How does it apply to daily life?

Yin Yang philosophy is a concept that is believed to provide balance by keeping mutual opposition in Far East philosophy, especially in China. It tells how two opposites come together and exist together. This system of thought, which is widely believed in Asian geography; provides explanations by observing the relationship between the universe and nature.

Yin and yang are basically expressed as two opposites coming together and making sense together. Accordingly, there is an oppositional relationship in all phenomena in nature. The natural flow proceeds with this contrast. If we expand a little more, the concepts of Yin and Yang; It represents the opposite poles in our lives such as positive and negative, day and night, and shows that everything in nature coexists with its opposite.

What is Yin Yang?

In terms of meaning, yin yang means two halves that together complete the whole. Yin, one of the two halves of the whole; represents darkness or shadow, while yang represents light or sun. This duo is also evaluated as good and bad, positive and negative.

Chinese philosophy believes there is eternity before Yin and Yang. Two opposing forces, Yin and Yang, that later emerged changed the whole order. According to this philosophy, everything in nature has an opposite. These opposite phenomena are represented as Yin and Yang. They always coexist, and without these opposing forces coexisting, there can be no movement. Everything in the universe can only exist with its opposite. Consequently, one cannot exist without the other.

We encounter yin and yang in every moment of life, whether we realize it or not. Just as night and day complement each other, men and women complement each other. We can also say that the starting point of change for yin and yang. When we say ‘whole’ to something; By definition, it is immutable and complete. That is, if it is divided into two, the balance of the whole is disturbed and both parts run after each other to seek balance again. Completely opposite things lose the meaning of their existence without each other. It is this contrast between them that makes both of them meaningful. According to this belief; everything comes into existence only with its opposite. As a result, there is a Yang in every Yin, and a Yin in every Yang. At the same time, both Yin and Yang can transform into each other.

What Is The Yin Yang Symbol ?

The famous symbol that almost all of us have seen even once is a symbol whose meaning we do not know exactly. There are also those who know the Yin Yang symbol as a Tai Chi symbol. Symbol consisting of a circle; divided by a curved line. This symbol, which looks like the upside down letter “S”, consists of half black and the other half white. In order to represent the whole formed by the contrasts between them; There is a white dot in the middle of black and a black dot in the middle of white. In the middle of each color is a dot of the opposite power. Yin; Yang represents calmness, slowness, and softness, while Yang represents chaos, activity, and firmness.

Curious about the Origin of the Symbol?

When we look at the origin of the Yin and Yang symbol, we can say that it was invented around 600 BC. At that time, it was used for a different purpose. The initial aim was to measure the shadow lengths that change depending on the sun in a year. In fact, we can say that the symbol of Yin and Yang is an ancient timekeeping tool. According to the researchers, this symbol is similar to the one-year variation graph of the sun.

The yang part begins at the winter solstice and indicates that daylight will gradually increase. Yin, on the other hand, begins at the summer solstice and indicates that the daylight will gradually decrease. Yang is associated with the Sun, while Yin is associated with the Moon. As a result of these observations made by the ancient Chinese, the four directions of the compass emerged.

The Birth of Yin Yang Philosophy 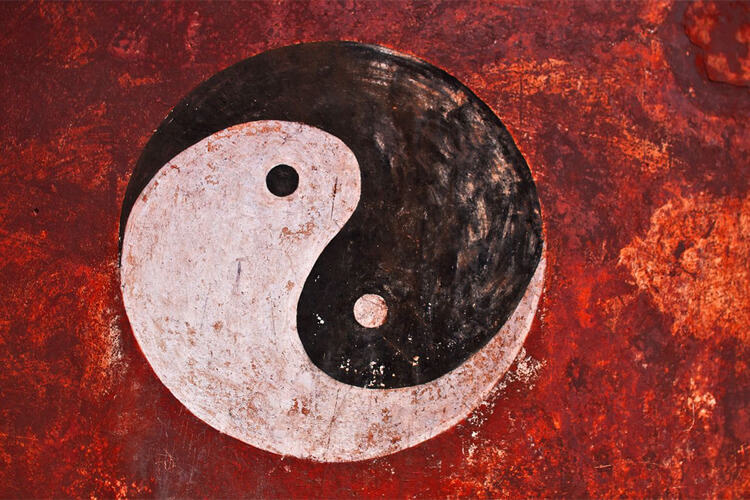 When we look at the emergence of this philosophy, 14 BC. and 11. Numerous sources have been found, written between the 19th and 16th centuries. However, the oldest definitive record in writing is 9 BC. Yi Qing (Book of Change), written by King Wen during the Western Zhou Dynasty in the 19th century. Part of the book talks about the place of Yin and Yang in nature. 4th BC Towards the end of the century, the Yin Yang philosophy became widespread and more popular.

Yin Yang philosophy also influenced philosophers associated with Taoism such as Lao Tzu and Confucius. It would not be wrong to say that its influence continues even today. It is not surprising to see this way of thinking in fields such as martial arts, science, literature, medicine, philosophy and faith.

Essence and Balance of Philosophy

Yin and Yang are mentioned in a part of Tao Te Ching, one of the classical texts of Taoist philosophy. An example is given in this work: When a stone is thrown into a still lake, the stone creates waves. When looking at these waves, they are intense in the center and lose their effect as they move away from the center. After a while, the water returns to its former calmness. Although Yin and Yang are opposites here, they have equal characteristics. Once one peaks, the other naturally begins to reverse.

Although Yin Yang philosophy seems like a system of thought that is easy to understand and does not need to go into depth, it actually has a very deep-rooted meaning. According to the Chinese theory of Yin Yang, there are two forces in the universe. Yin; The calm and passive is the negative force, while the Yang is the hard, active and positive force. According to this theory, these positive and negative forces persist in the seasons, in food, in nature, and in everything else in the world. However, the Yin Yang philosophy is also used as an adjunct to diagnosis and treatment in traditional Chinese medicine. For example, the moon and the sun in the sky, summer and winter from the seasons are the factors that make up the Yin Yang philosophy.

The Yin Yang symbol is such a popular symbol; You are very likely to see it everywhere. It has spread around the world and has been accepted by most cultures. Some young people got Yung Yang tattoos, some wore necklaces and rings. Others shape their hair with a Yin Yang symbol bandana.

From what we’ve told you so far, you can guess that Yin and Yang cannot be separated from each other. These two forces, which are complementary to each other, can appear in every aspect of our lives.

In order to perpetuate the human race, men and women must coexist. When man and woman come together, a partnership for the human race continues.

When you plant a seed in the ground, that seed begins to sprout towards the sky. At the same time, the plant that takes root deep in the soil; continues to grow in the opposite direction. The plant, which sprouts and bears fruit, then falls back to the ground and integrates with the soil. The sprout, which desires sunlight while growing, and the seed that feeds on the darkness of the soil, also feed on these contrasts. However, the ears of wheat are fully ripe; this is Yang.

In other words, Yin and Yang are not fixed. Just as day and night are in flux, Yin and Yang are also in constant flux. In some cases, in case of a deficiency of Yin and Yang, it can show dominance by making up for the other’s deficit. Namely, in some fish species, if the number of male fish is not sufficient for females, female fish evolve into male fish and participate in reproduction and maintain the balance.

How Do We Adapt Yin Yang Philosophy to Our Lives? 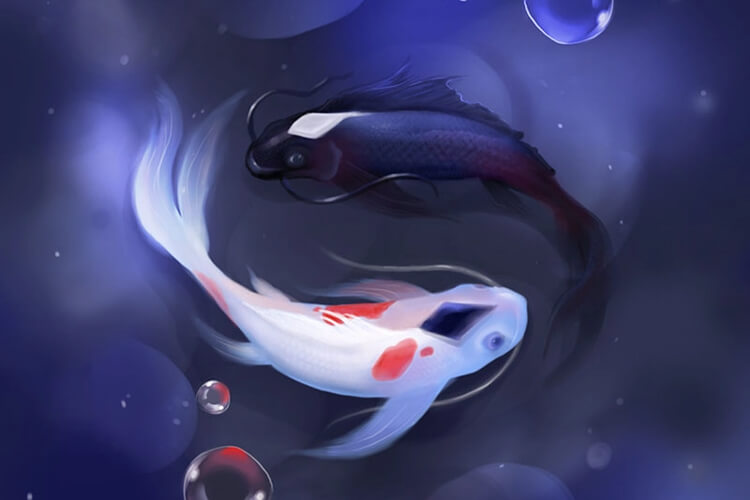 We can gain many benefits by using this philosophy in different areas of life. As a first step, you can start incorporating this philosophy into your life by recognizing that there is an order to everything. Everyone at some point may have moments when they want to lead a healthy, stress-free, happy and peaceful life and make decisions about these issues. In order to make these goals permanent in our lives, we basically need balance. Yin Yang is one of the most suitable perspectives for this sought-after balance.

If you want to balance the energy inside your home, learning Feng Shui will help you a lot. The interior harmony and useful structure of a house, which is prepared based on the principles of Feng Shui , catches the eye even at first. Since it is the door to the energy entering the house and it is the first thing that people who come to your house see, you can start applying the Feng Shui principles by choosing the outer door. You have to make sure that you have enough room to move freely inside and that everything is placed in a way that allows a free flow of energy.

The financial system has to be settled somehow. Financial imbalances are one of the main reasons why the energy inside the house is low. One of the biggest mistakes made is trying to replace the deficiencies in life with objects. By reducing these unnecessary expenses, we can understand what the real problems are and provide financial comfort.

Sleeping early and waking up early is also one of the best ways to maintain balance. You can spend more time with your loved ones by spending the day productively. As a result, finding balance in every moment of your life is only in your hands 🙂

What is the Wabi-Sabi Philosophy and How Is It Applied?