Theatre: Theaters as the Oldest Entertainment Types and Types of Theater 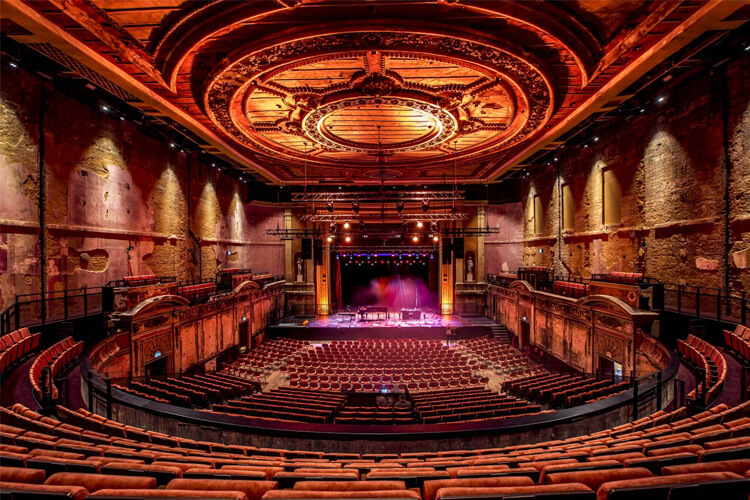 Theater is the performances prepared for the performance of the actors in front of the audience. It is the conveying of emotions and events in various ways with gestures and speech.

Theater is called stage art. However, this is just a conventional interpretation. A stage is not necessary to perform a theatrical play. Today, there are street actors, albeit few in number.

Theatrical work shows events through their occurrence. In this respect, it can also be defined as a performance art based on speech and action. In common words, theater; It is also expressed by Shakespeare’s word as the art of telling human to human with human, humanely.

Theatrical texts are called plays. The person who writes the plays is called the playwright or the author. The people who enact the play on the stage are also actors or theater actors.

The birth of the theater dates back to the Dionysus Festivals. These festivities were held in honor of Dionysus. These religious performances, mainly poetry and songs, were also an element of socialization for the period.
Over time, ceremonies involving poetry and songs came to revive the mythical life of Dionysus. The first theater example took place in Athena during these festivities.
In later times, Aristotle introduces the principle of trinity. This principle; event is unity in place and time. That is, the event should cover a single story from start to finish. The time should not exceed a single day. The place must pass in one place.

Actors of the period do not wear costumes. Instead, they take on the role by wearing masks. The stage is undecorated apart from the modern understanding. Usually the play is played in amphitheaters.

In later periods, the theater loses its religious character. He gains a new perspective on theater, especially through William Shakespeare. With the Queen’s financial support, Shakespeare makes theater a highly popular activity. With the advancement of technology, there has been the birth of other arts such as theater and cinema.

Theatrical genres are divided according to the type of performance and the text. 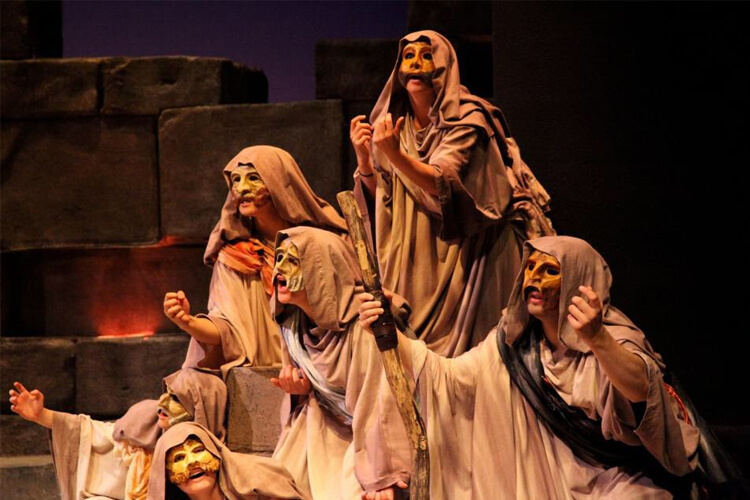 This type of theater is directly related to the Dionysus Festivals. The words “tragos” meaning goat and “oidia” meaning song mean “goat song”.

In the myths of Dionysus, satyrs are in the foreground. Because according to the myth, Dionysus was raised by a satyr. The satyr is also simply depicted as a goat-footed man.

The most well-known feature of Dionysus is that he is the god of wine. The enthusiasm and joyful feature of wine also tells about Dionysus. At the same time, the bad properties of wine are collected in Dionysus. This, in turn, is defined by fear and horror.

This is where the traits of tragedy come from.

Tragedy aims to teach a lesson by making the audience feel pain and fear. Their characters are divine or noble persons. It’s not about ordinary people. Ordinary people come to life with “chorus”.
Tragedies obey Aristotle’s principle of trinity. It doesn’t go beyond that.

Especially the main characters go through a “catharsis” process. Consciously or not, the hero suffers as a result of a grave mistake. As a result of this process, it finds its essence or truth by being purified.

Violent scenes such as hitting, wounding, killing are not shown in tragedy. These have already happened and are told to the audience.

The style in tragedies is noble, as it conveys the seriousness of the situation. There are no rude, ridiculous and humiliating words.

It aims to convey messages such as virtue and morality to the audience.

The most well-known Ancient Greek tragedies are Sophocles, Aeskhlos and Euripides. 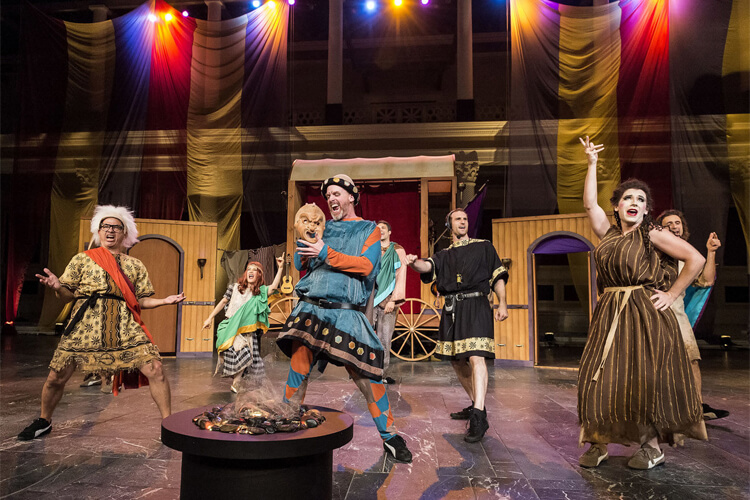 In the roughest terms, it aims to make you think while making you laugh. The characters are not divine and noble, but ordinary people.
The style is liberal because it handles ridiculous situations. Cursing and slang are also included.
Violent events are featured in comedy. Because the ridiculous human event is reinforced by violent situations. Their subjects are everyday, ordinary life. Comedy is also in accordance with the principle of triple unity.
Comedy genre is divided into groups within itself.
• Custom Comedy: It aims to show the deficient and faulty aspects of the society. He criticizes the inconsistent and wrong aspects of customs and traditions.
• Comedy of Intrigue: Focuses on deception and deception. It deals with people deceiving each other and making them ridiculous.
• Character Comedy: It tells the funny parts of human traits. A character trait of the hero is exaggerated. Themes such as greed, stinginess and fraud are covered.

It is a combination of tragedy and comedy. It rejects the rule of three. This leads to their subject being as free as possible. Any character can be featured.

It aims to show the realities of life. This can be tragic and funny at the same time. The style used is determined by the themes.

Seriously written drama is called a play. It mostly touches on national or social issues. Melodrama, on the other hand, is a type of drama where emotions are more prominent.

William Shakespeare is among the pioneers of this genre.

They are games that have a determined subject but are not based on a written text. The actors are topical but spontaneous. It is performed by adhering to group dynamics. They can be interactive. The course of the subject may depend on what the player exhibits at the moment. 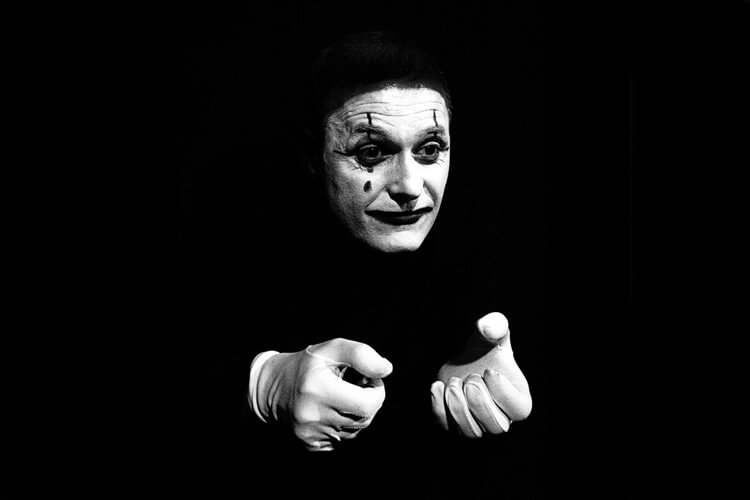 It is a wordless play. The pantomime or mime artist shows his performance using facial expressions, body and hand gestures.

It is defined as a universal theatrical language.

Charlie Chaplin is considered the pioneer of the genre in the silent film era. In Turkey, Erdinç Dinçer is known for performing the art of pantomime.

Musical theater is the demonstration of the event to be shown on the stage, with music or song (sometimes both). 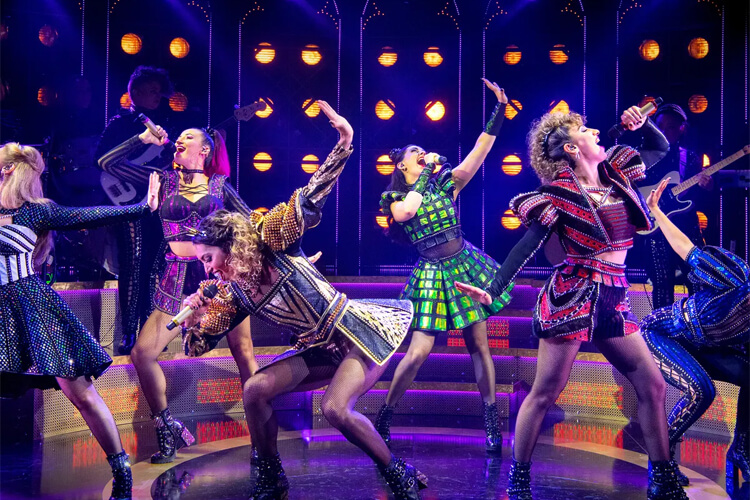 In the narration of the event, the event is integrated with dialogue, music, dance and songs. The subject can be events taken from daily life or completely fictional.
The main tool in conveying the dramatic structure to the audience is music. 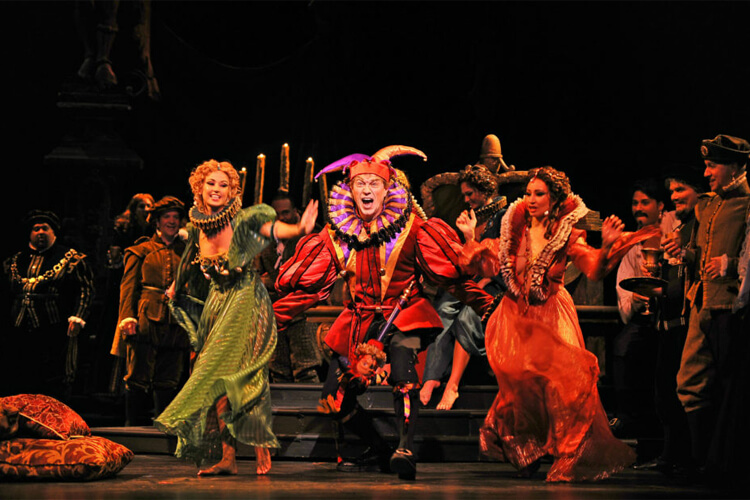 Opera is performed by singing the play instead of dialogue. Its subject is usually history or mythology. It can combine all the performing arts within itself.

It is from Italy.

The written text presented in the accompaniment of an orchestra or musical ensemble is called the libretto. Most of the playing time consists of verbal segments. The lyrics are composed in certain musical genres with the flow of the subject.

Arya consists of a person’s feelings and thoughts; It is the monologue of the opera. Duet tells the feelings, thoughts and speech of two people, terzet three people, quartet four people, and a centete five people.

A recitative is the part in which the characters sing the words as if they were speaking.

The chorus is the voice of the social conscience in the play.

Some operas also include ballet.

In an opera, these musical genres are usually mentioned in separate parts. Sometimes the music continues uninterrupted for a period of time. 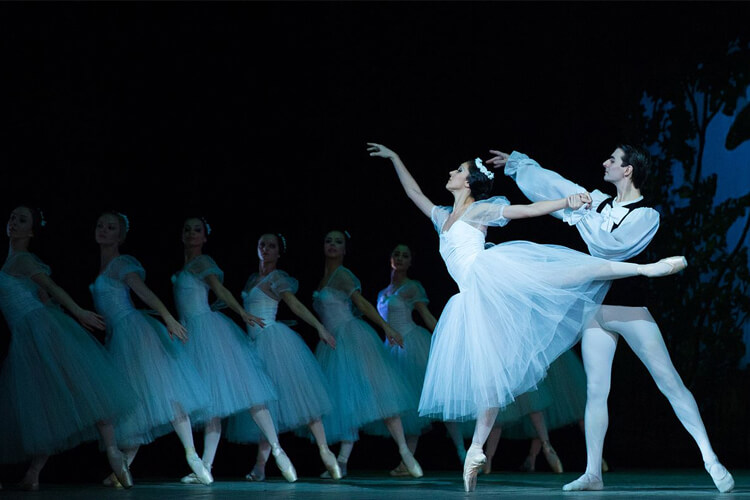 The first examples are seen in Italy, in the Renaissance Period. The dance steps of mime artists in medieval and Renaissance theaters form the basis of contemporary ballet.

The main element in the narration is dance. It is derived from the Italian word “ballo” or “balletto” meaning dance.

Dancers performing this art go through a long and rigorous training. The shoes that allow ballet artists to stand on their toes are called polka dots. Their costumes consist of swimsuits, tights and tutu by gender.

Pyotr Ilyich Tchaikovsky’s The Nutcracker ballet is one of the best-known examples of this genre.

Events is the name given to a musical stage play that includes comic and social and political satire elements.
Dikran Çuhacıyan Efendi is the first musician to compose an operetta within the borders of our country. The Leblebici Horhor operetta was instrumental in gaining fame.

It is a multi-player musical theater genre that combines music, dance and skits.

The obscene version of this, burlesque, is a feminine show for men.

Turkish Rock Groups With Our Favorite Songs From Past To Today

What is the Golden Ratio?