Sushi: A Popular Japanese Food and Its Varieties

Sushi is one of the most popular dishes of traditional Japanese cuisine. It is served with boiled rice flavored with rice vinegar and sugar, and toppings such as seafood or vegetables. Although it is a dish originating in Japan, it is also very popular in Far East countries.

Sushi has become the most important element of fusion cuisine, providing this popularity in the United States. The materials used in making sushi and the differences in making have also caused it to have many varieties.

Sashimi is the dish most often confused with sushi, due to the raw fish factor. Sashimi is a dish of raw fish sliced into rectangular shapes. Its presentation is quite simple. Vinegar rice, which is the most basic ingredient for sushi, is not found in sashimi.

Because of its appearance, another dish that is confused with sushi is onigiri. Sushi is made with vinegared rice, sugar, and salt. Onigiri, on the other hand, is made from salty rice pilaf.

It consists of placing a slice of fish or seafood on the rice that is shaped into balls and pressed by hand.

It is made by placing garnishes consisting of vegetables or seafood on a bowl of vinegar, sugar and salt rice. It is the most commonly consumed type of sushi because it is quick and easy to make. It is eaten annually in Hinamatsuri in March and in Kodomonohi in May.

It is a type of sushi in which nori (roasted seaweed) is wrapped in vinegared rice and a garnish is wrapped in the middle, using a bamboo mat.

There are different types according to their content and size.

• Futomaki are large rolls with various materials inside.
• Hosomaki; They are small rolls that consist of a single ingredient in the filling of rice.
• Temaki; It is made by stuffing rice and side dish into the cone-shaped nori. Due to its large size, it is usually eaten with hands.
• Gunkanmaki is made by wrapping nori around hand-rolled rice. Side dishes such as oysters, ikura (salmon roe), tobiko (flying fish roe) are added by making a hole in the middle. 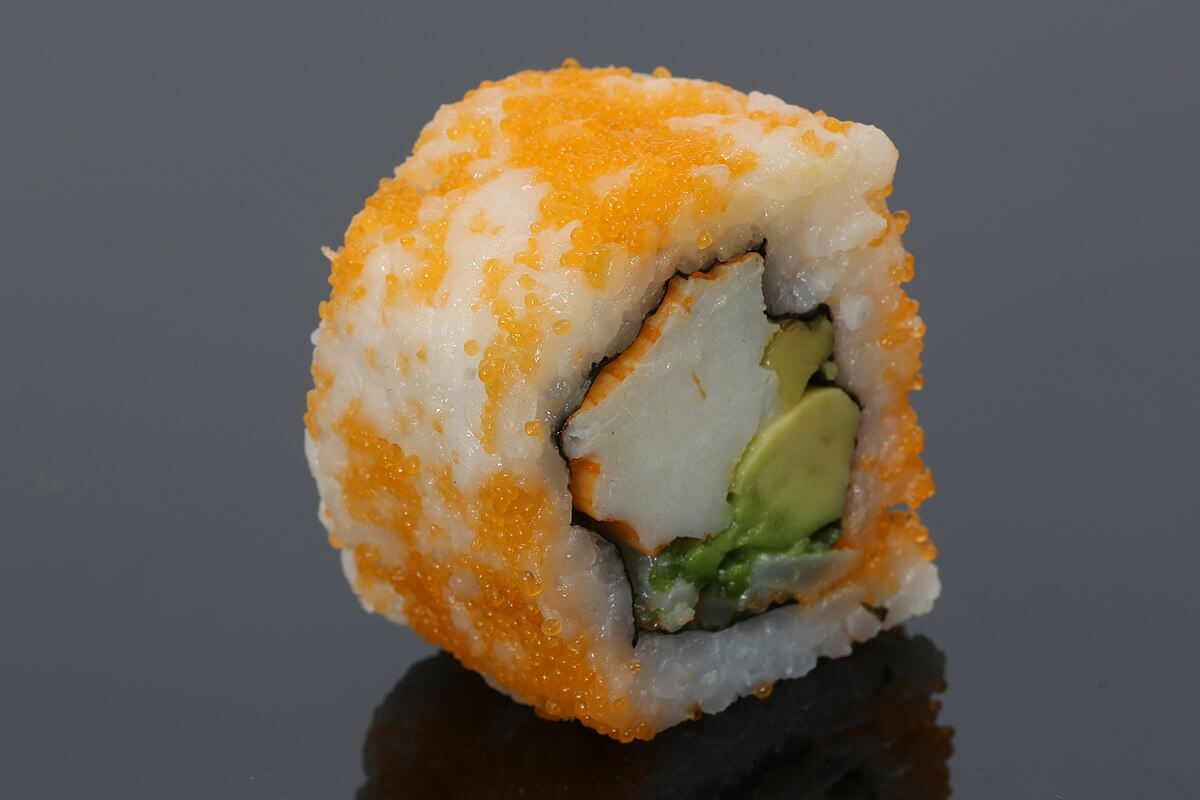 This type of sushi has rice in the outer layer of the nori wrap. It includes garnishes such as avocado, crab or cucumber.

Like the California Roll, it has rice on the outside. Fruits such as fried shrimp, avocado or cucumber are placed inside and wrapped with nori. 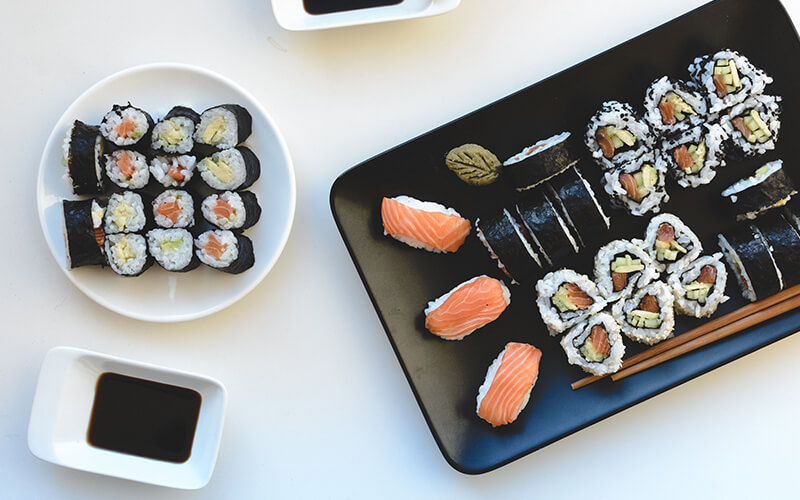 It is made by wrapping raw tuna nori mixed with spicy mayonnaise. In this type of sushi, the rice is also on the outside. 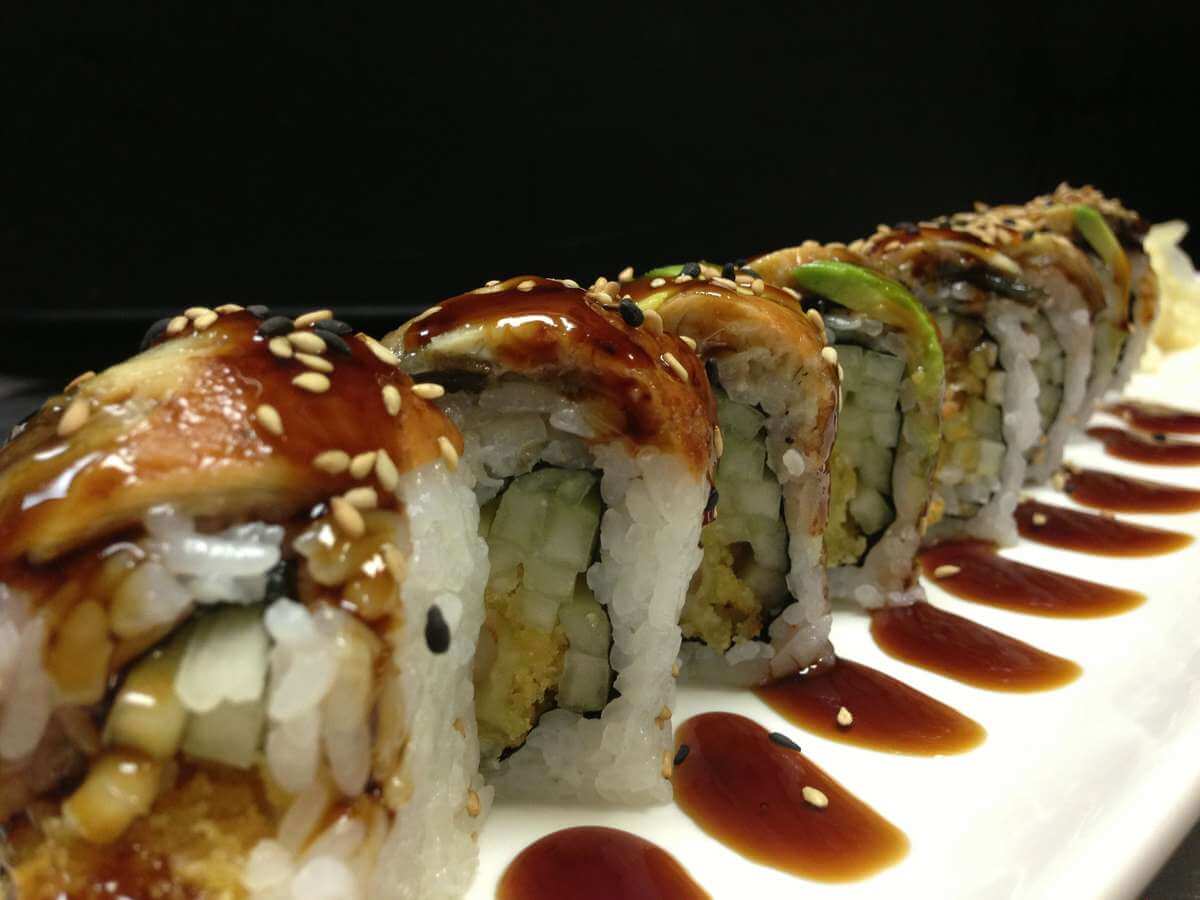 It contains shrimp tempura, avocado, cucumber inside and rice and sesame outside. With Tobiko, there are thin slices of avocado on the roll. Add unagi and spicy sauce on it. 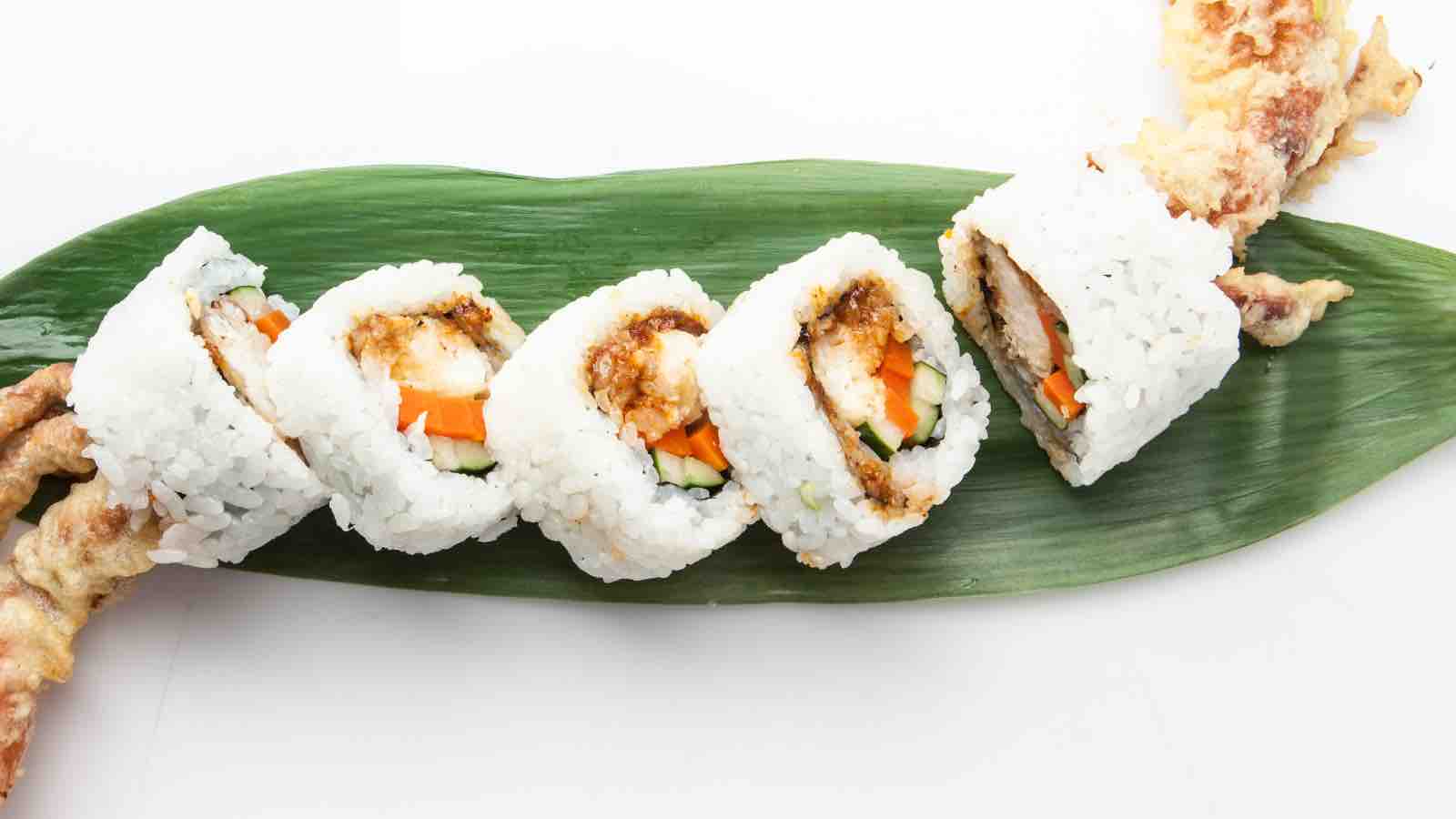 It is made with deep-fried soft-shell crab. Its filling includes cucumber, avocado, daikon sprouts or lettuce, fish roe and spicy mayonnaise.