Mafia Movies: 15 Adventure-Filled Movies from the World of Crime

Would you like to step into the adventurous world of crime realm with mafia movies? We have compiled the most popular mafia movies of all time for you. We wish you a good viewing. 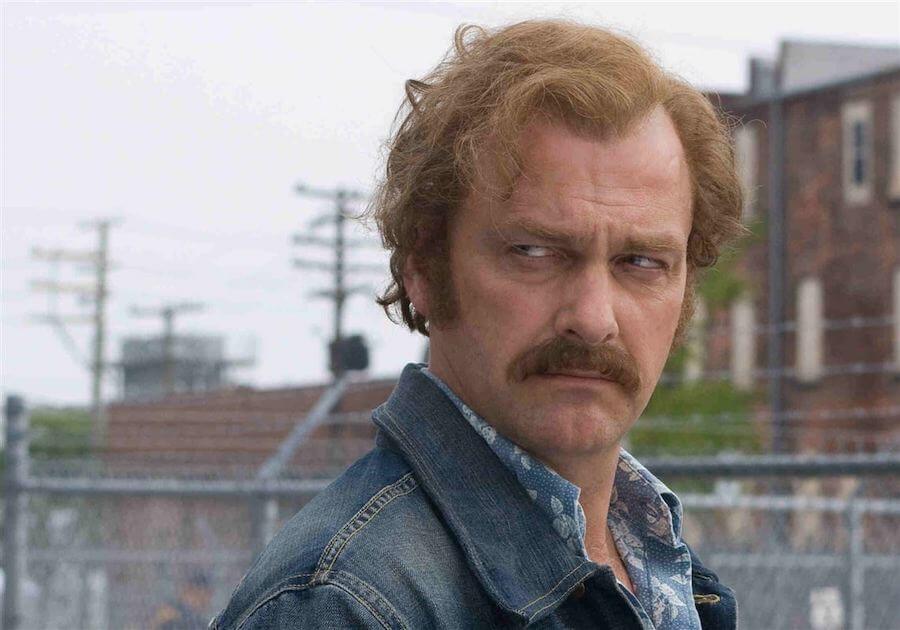 Kill the Irishman is based on a true-life story, one of the most popular mafia movies. Dany Greene is a murderer working for the mob in Cleveland in the late 1970s. Danny Greene, an Irishman, strikes fear into those around him. However, it is not very safe. 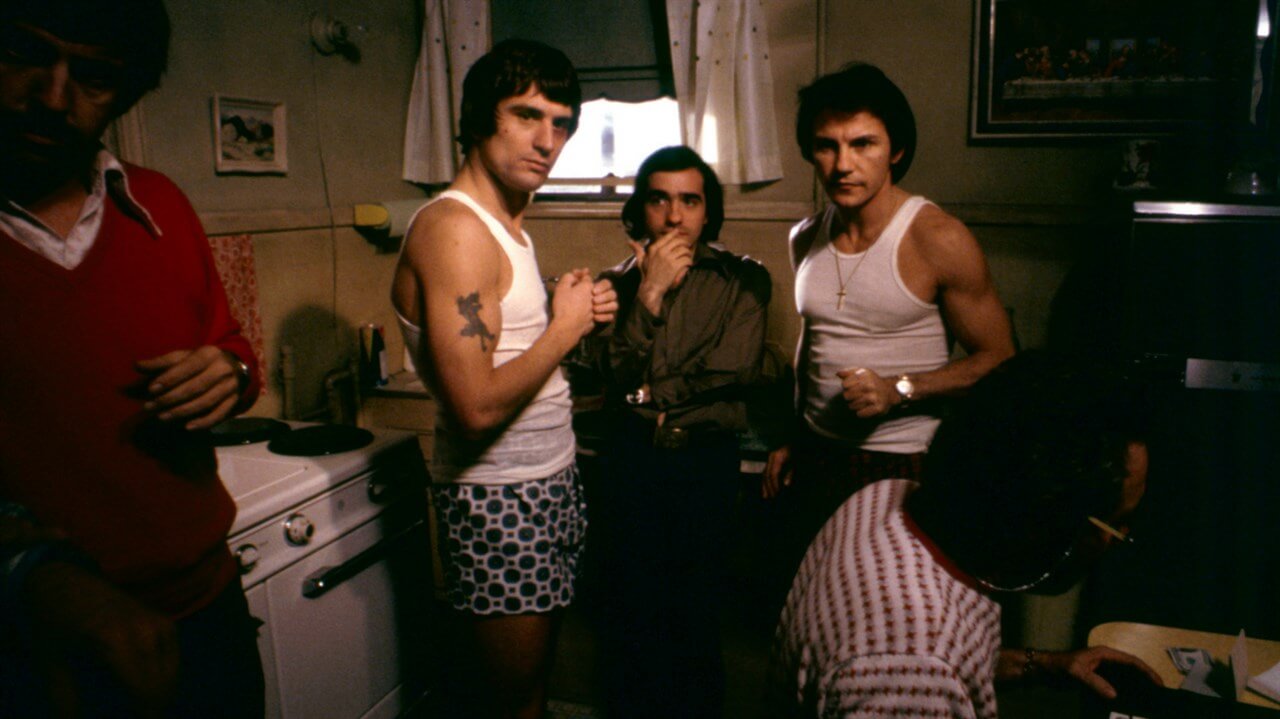 The life stories of young people living in the region defined as Little Italy in New York are taken as the subject. The weather is nice for Tony and Michael. Their future looks very bright. But the situation is not bright for Charlie. Charlie works for his uncle Giovanni and is constantly bickering. Thanks to his girlfriend Teresa, he meets a man named Johnny Boy. Giovanni offers Charlie a big job one day. He offers to run the restaurant, but it’s a tough proposition for Charlie. 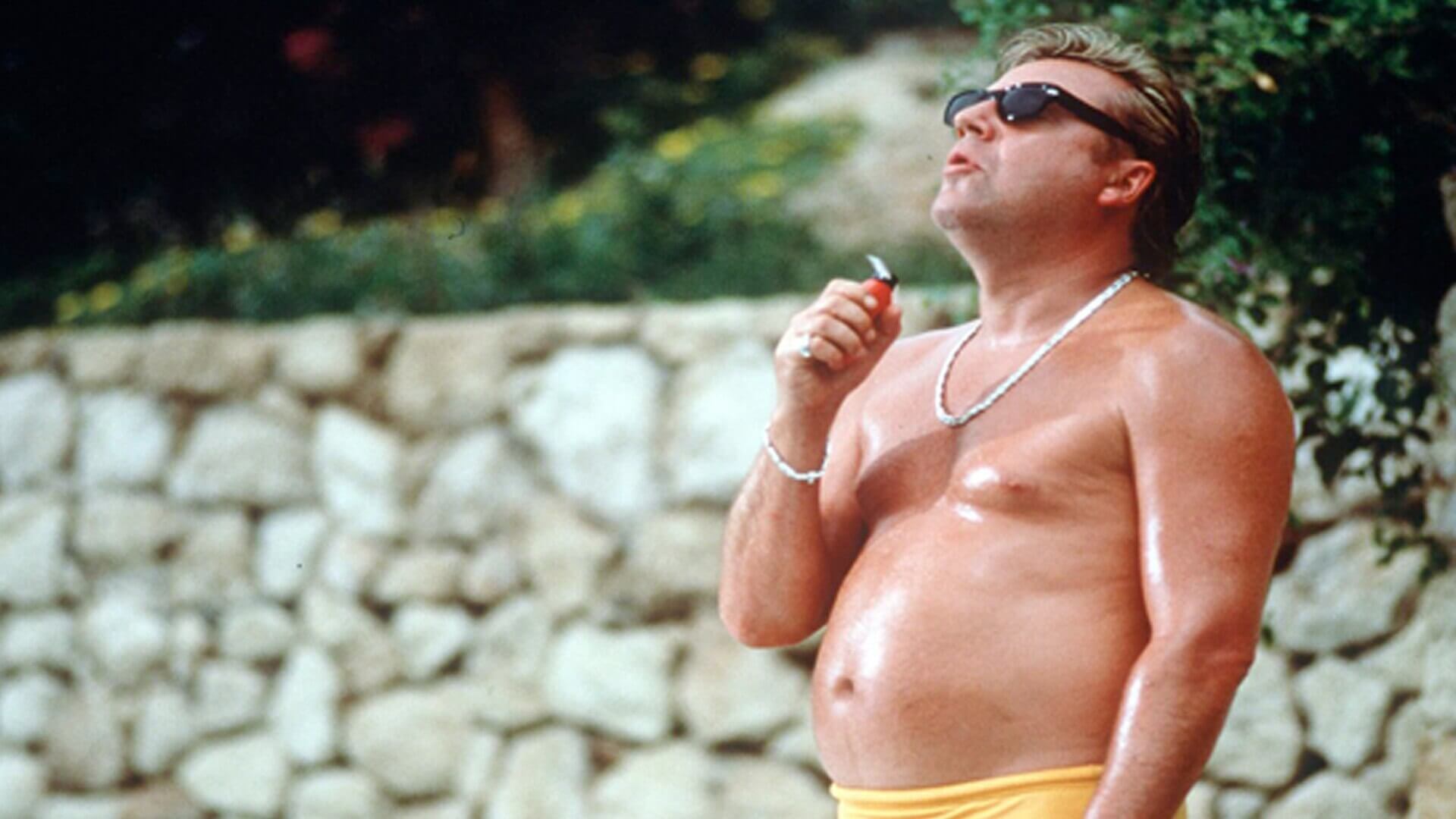 Gary Dove is a man who has to shuttle back and forth between Spain and England. He lives in a summer house with his family in a corner of Spain that can be described as paradise. He spends a great time with his beloved wife at the cottage. With Gary’s friend John Logan coming to town, their entire life is ruined. Gary starts preparing to go to London for a pretty big heist. Although he does not want to participate in this robbery, he sets out to do his best to protect the woman he loves more than his life, his wife. 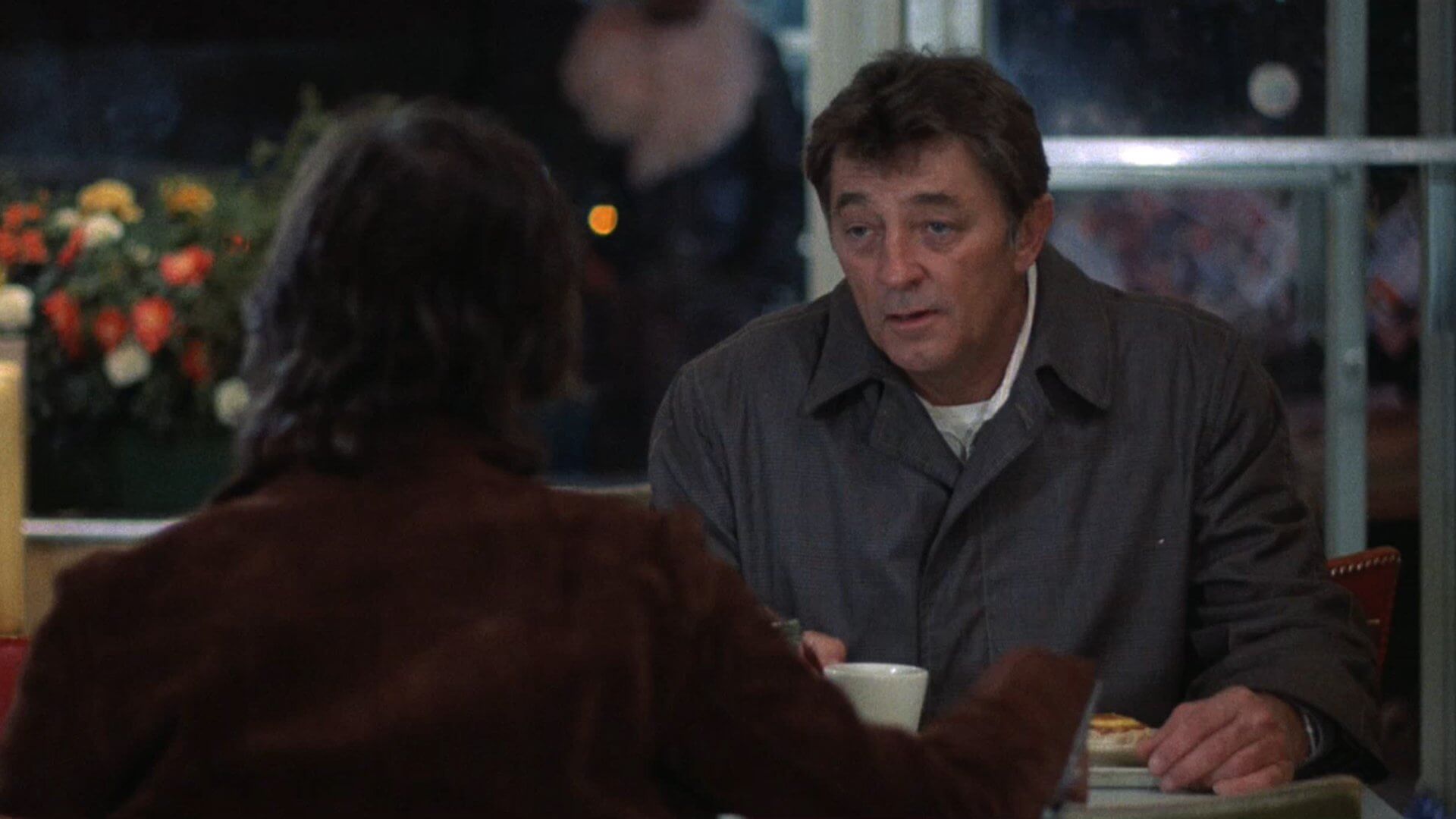 Boston Ganster, who was sentenced to a very long prison sentence for a combination of many crimes, begins to look for a way to minimize this sentence. In this context, the way he finds is to cooperate with the police to reduce the sentence. He confesses many things to the police. However, these statements, which are seen as confessions, are slanders against his friends. 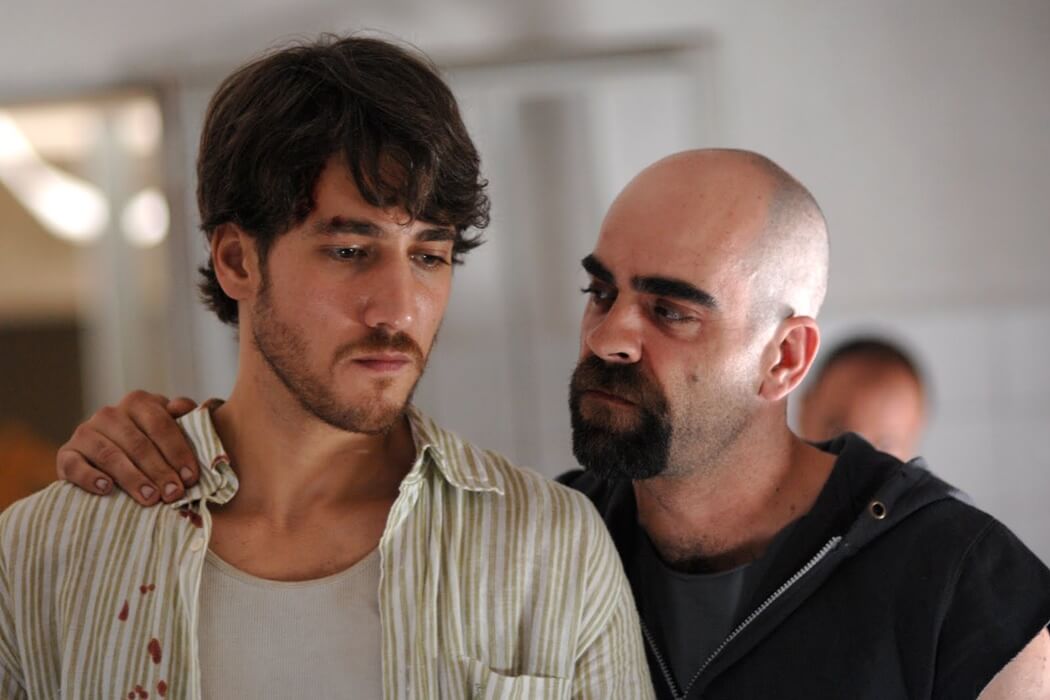 Juan is a young man who is about to become a guard. While on his way to becoming a guard, two of his colleagues decide to show Juan the prison. While everything is proceeding normally, things take a turn for the worse as a result of a sudden accident. A piece falling from the ceiling hits Juan’s head. Juan’s friends carry him to cell 211, which is now empty. While they wait there for him to recover, things get complicated in the prison. The prisoners revolt and chaos ensues. When Juan wakes up, he finds himself in the middle of the prisoners. All he has to do to protect his life is act like a prisoner. Juan, who is on his way to becoming a guard, suddenly begins to act as a prisoner. 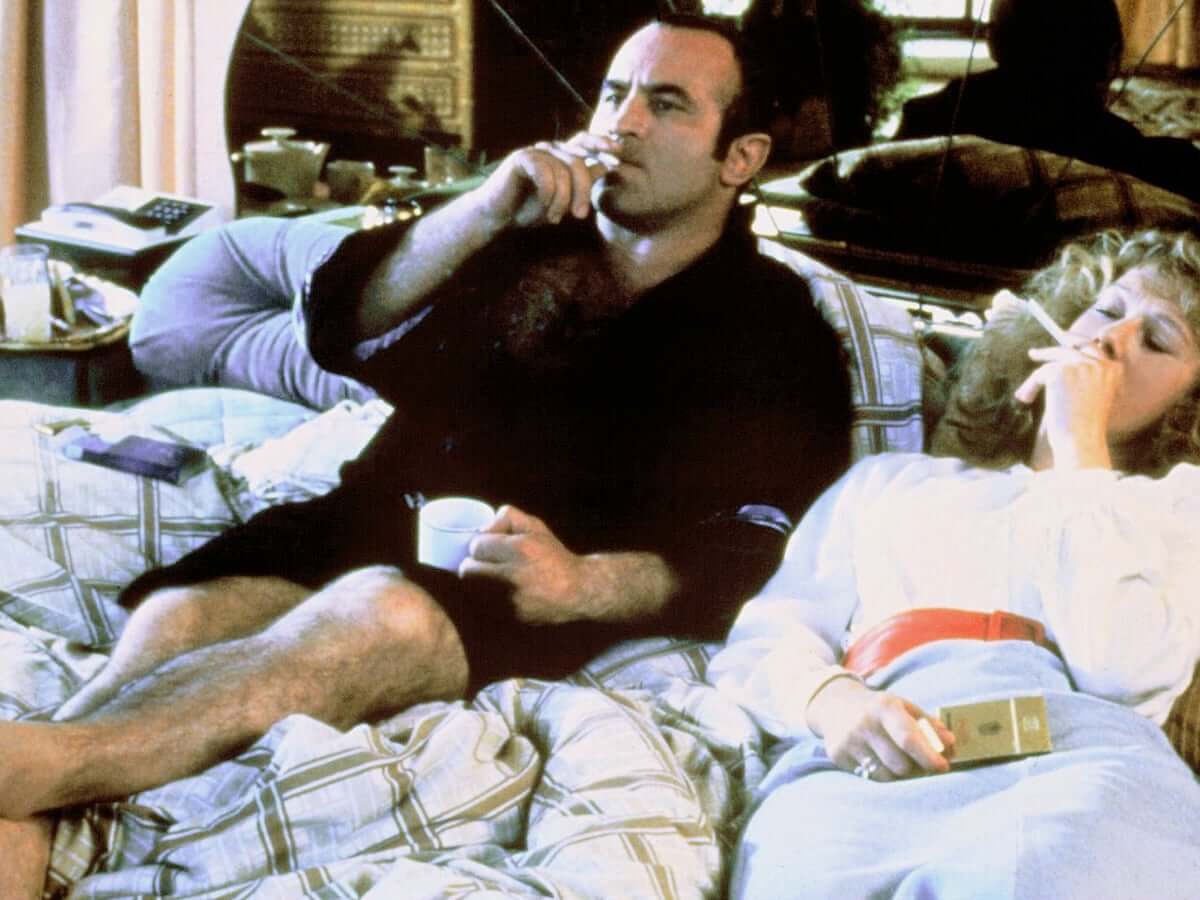 One of the sine qua non of the mafia movies list is The Long Good Friday. Harold is a gangster trying to get into his real estate business. On the day he meets with his partners to get his affairs in order, simultaneous explosions occur in certain parts of the city. Explosion of bombs makes everything more difficult. After these events, Harold begins to investigate to find out the reason for the bombs and who made them. He immediately finds the names behind the events. However, finding these names neither ends the events nor comforts them. The real events start now. 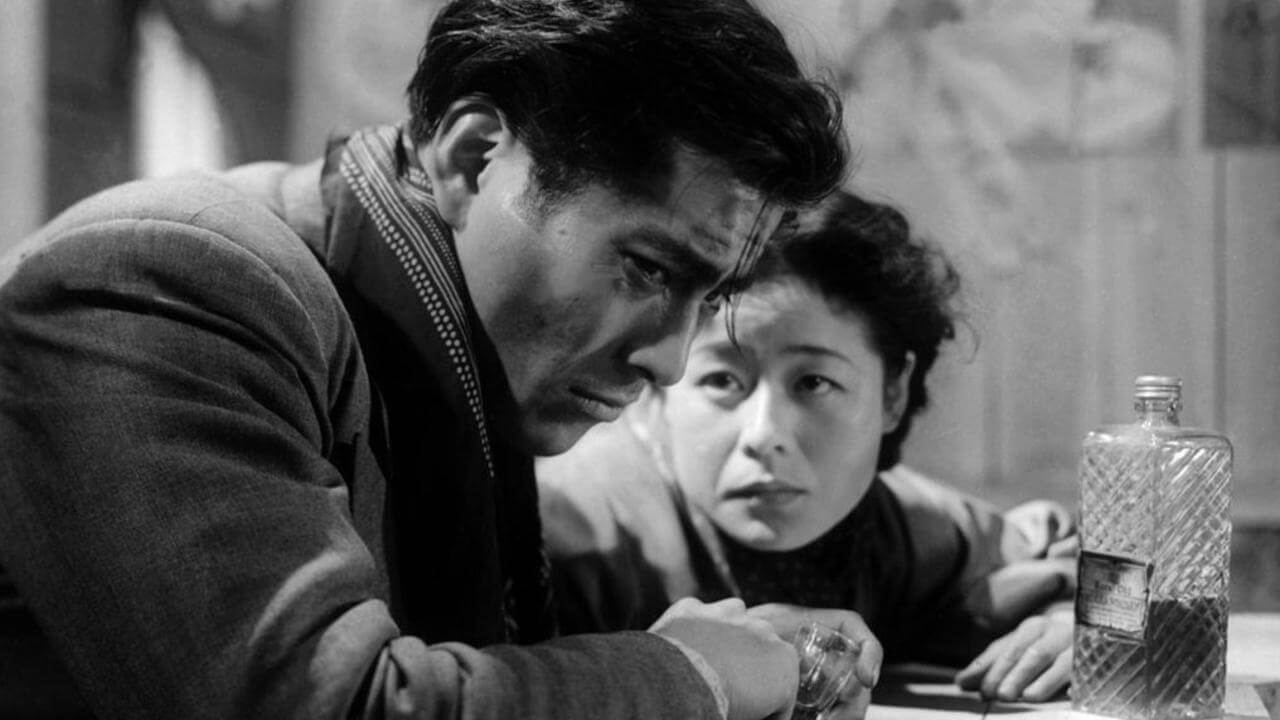 Sanada is an alcoholic doctor working in a slum in post-war Japanyo. Matsunaga is injured in a fight. Shot by a bullet, Matsunaga goes to Sanada to extract the bullet. Bullet isn’t Matsunaga’s only problem. It is also inconsistent. Having made this diagnosis, Sanada does her best to help Matsunaga quit alcohol and lead a healthier life. Upon this, Sanada and Matsunaga become close friends.

The ringleader of the gang that Matsunaga was once in, gets out of jail and decides to regroup the gang. The ringleader of the gang, Okada, is also the obsessive ex of Sanada’s assistant. Okada first forces Matsunaga to join the gang. Thinking that she is friends with him, Matsunaga returns to his old bad habits. Okada starts pushing Matsunaga to reach out to her ex. For Matsunaga, who realizes that he is being used, things start to get difficult day by day. 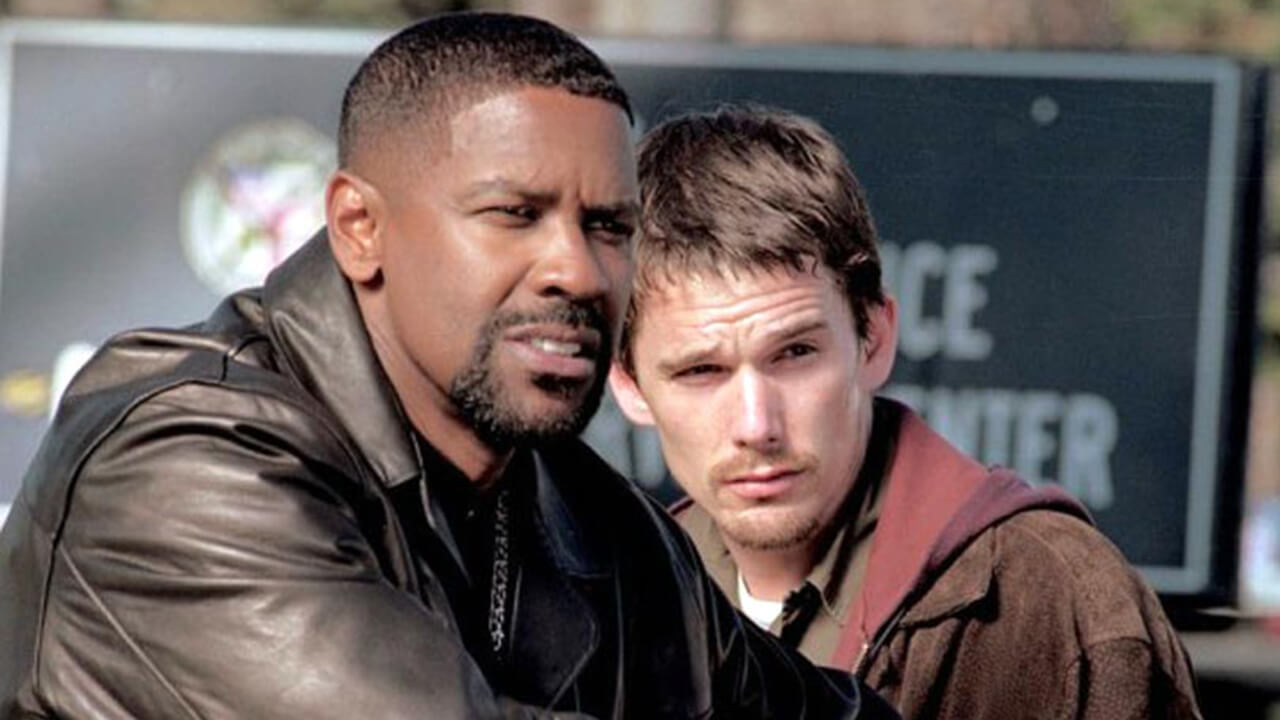 First Day is one of the most popular mafia movies. Jake Hoyt, who has just started working as a police officer, is assigned to the Los Angeles police station. Jake’s biggest dream is to be a part of the famous detective Alonzo Harris and his highly successful team working in Los Angeles. However, this dream is not an easily attainable dream. Jake is put on certain trial assignments. If he can successfully fulfill the tasks assigned to him by the team within 24 hours, he will be accepted into the team. However, what he experienced in these 24 hours changes his perspective on both the team and Alonzo Harris. 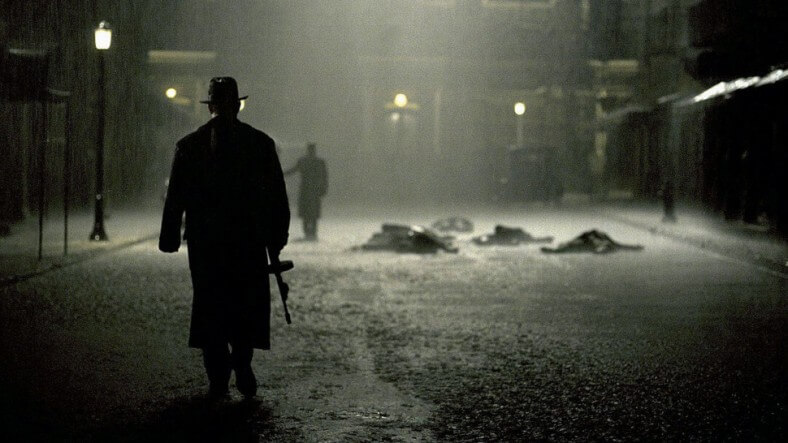 One of the sine qua non of the mafia movies list is Azap Yolu. Michael Sullivan is a sniper working for John Rooney. His boss’s son doesn’t like Sullivan at all. Because Sullivan is very close to his father. He decides to conspire against a young Sullivan, who is in the grip of intense jealousy. Sullivan will either completely destroy the plot or turn a blind eye to it to save his own son’s life. He gets into dirty work because his son’s life is more important than anything else. The assassin named Muguire goes after Sullivan and things get even more complicated. 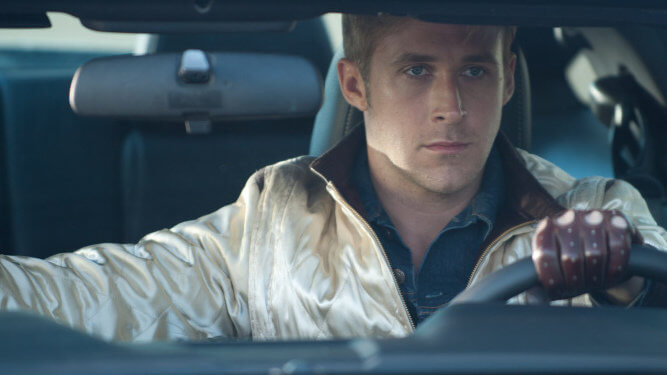 The Driver is about the life of a teenager who is a stuntman in the glittering world of Hollywood and is also involved in robberies at night because he can drive very sharply. The driver actually has a rather illegal life. His neighbor Irene’s wife is in prison. Irene hires the driver to help her husband, and the driver’s life gets even more dangerous. While trying to help, he finds himself on the target list of the daredevils of Los Angels. Moreover, it is not only his own life that he must protect anymore. He has to protect the lives of both Irene and her son. 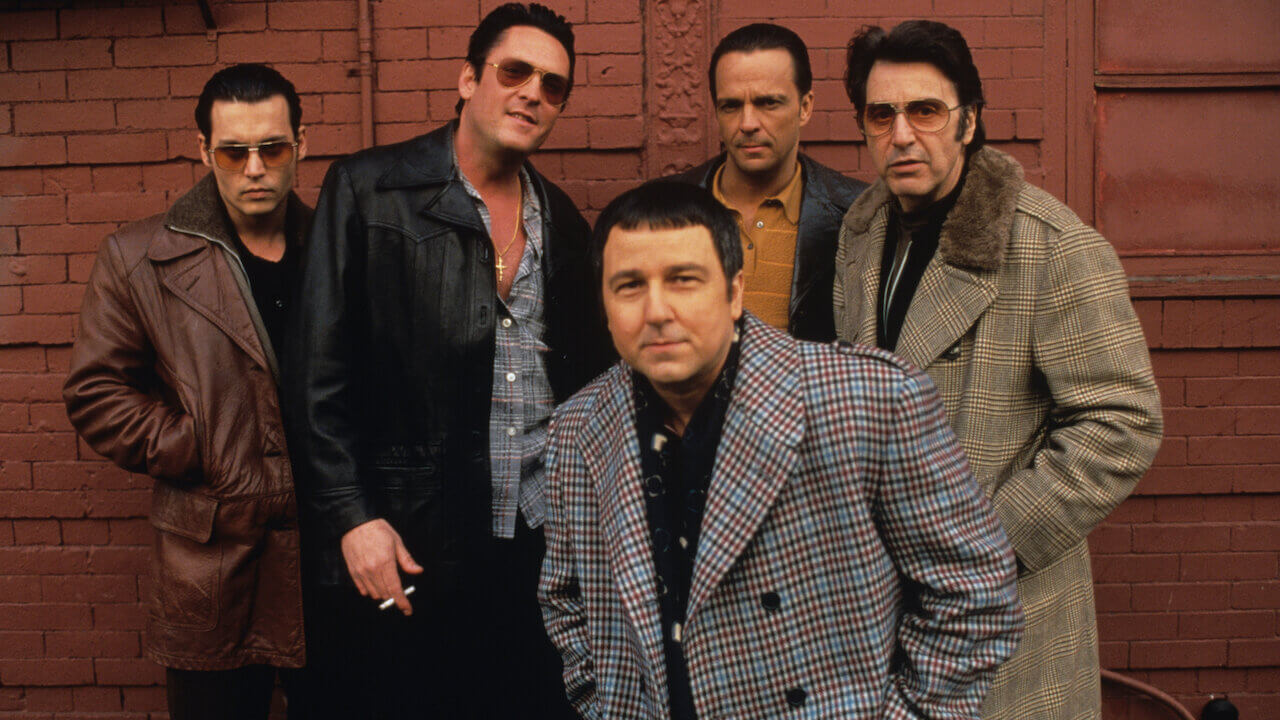 The Mole, starring Al Pacino and Johnny Deep, is nominated for an Oscar for Best Adapted Screenplay. Adapted from the book written by Joe Pistone himself, the movie is among the best mafia movies. Joe Pistone, an FBI agent who loves his job, has been stealing jewelery for about 6 years as part of a job he has been working on. He is known as Donnie Brasco in the circle he steals. Immersed in the role day by day, Joe begins to see himself as Donnie Brasco. He enters the underworld as Donnie Brasco and finds himself a place there. As he forgets his old identity, life becomes a big adventure for him. 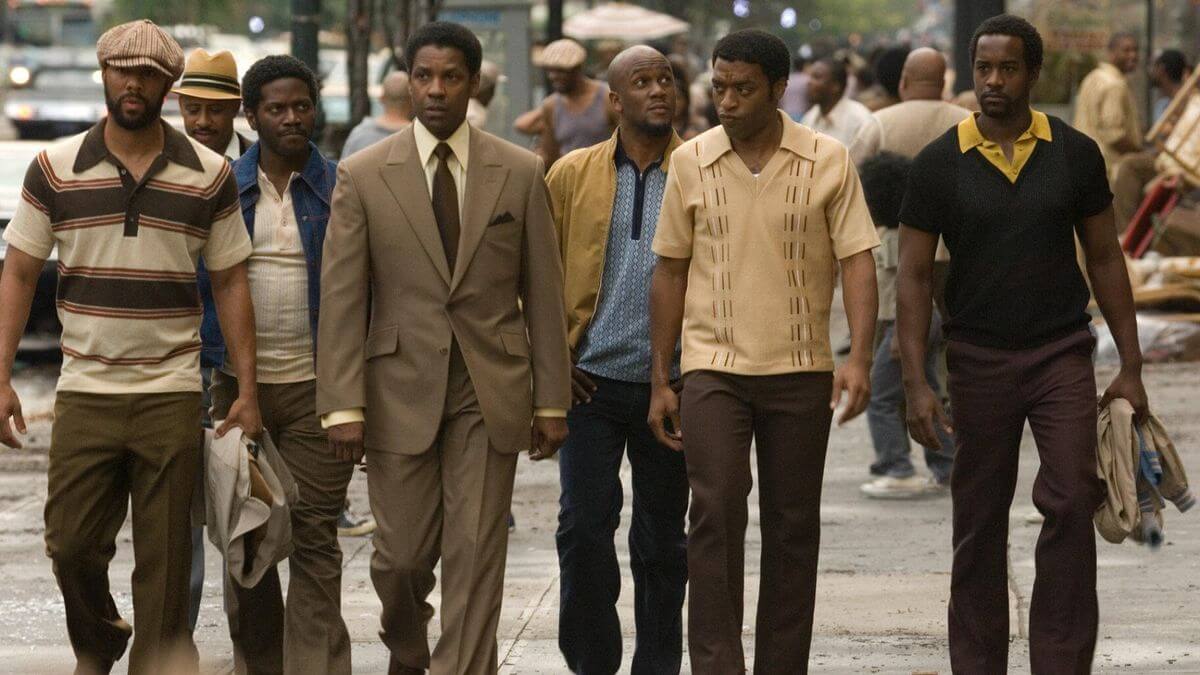 After the death of his boss and mentor, Bumpy Johnson, Frank Lucas defines himself as the main name for the heroin imports in the Harlem area. It purchases directly from South East Asia. He starts trying different methods to make these purchases happen. Thanks to this method, it will establish superiority among the goods sold on the street. At the same time, he makes a deal with the New York mafia and takes the mafia behind him. 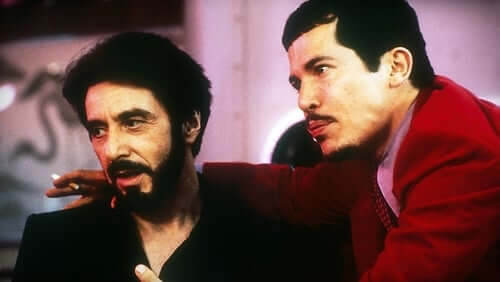 Carlito Brigante is tried and convicted for drugs. He is rescued by a close friend. Now he has a new life and he will live it properly. The first plan of his new life is to reach his ex. He could not forget his ex and wants to continue his life with her. His future plans are to take his ex-girlfriend with him and lead a decent and false life in the Bahamas. 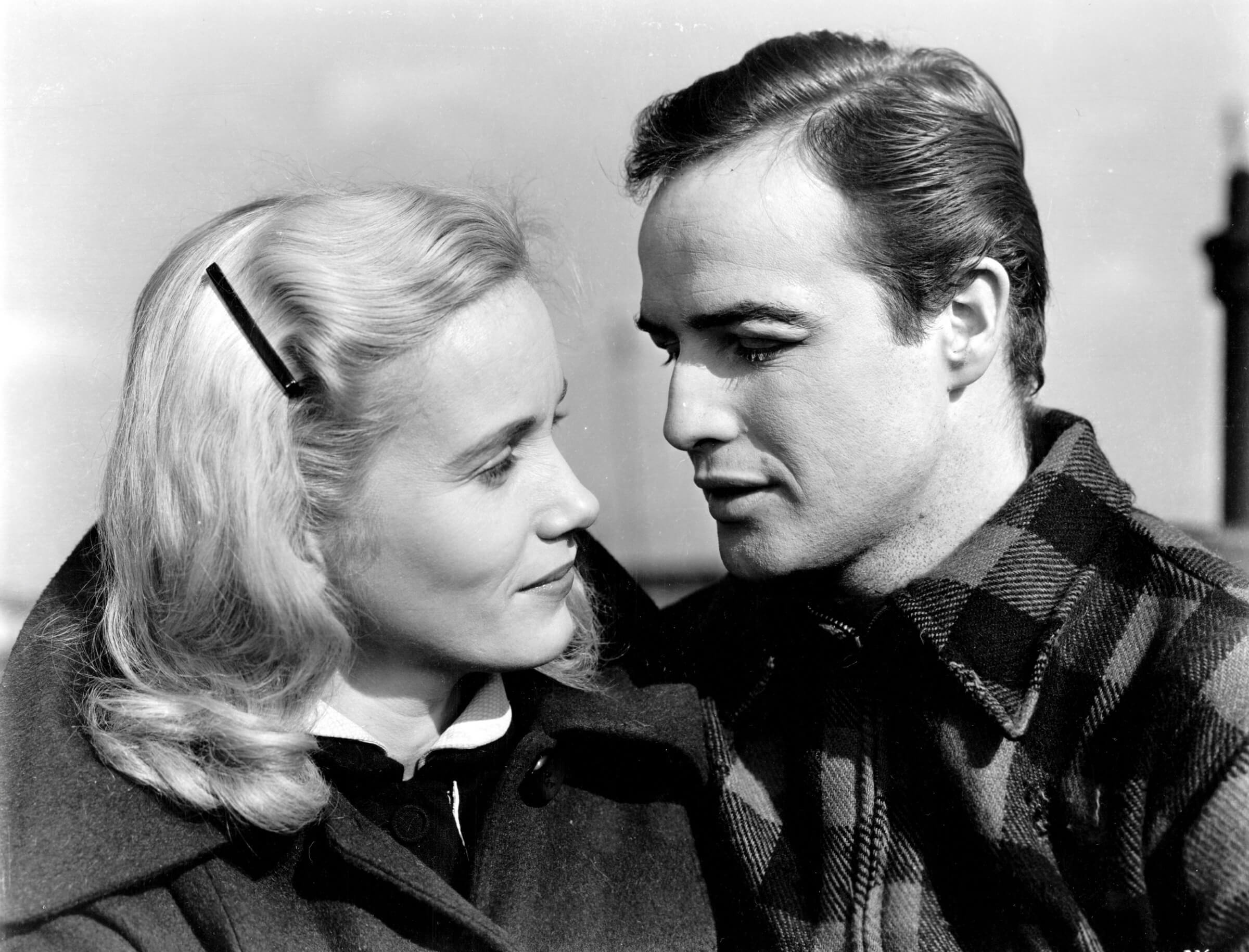 Terry Mallon, a former boxer, works as a docker. While working in very difficult conditions as a port worker, he falls into a severe depression. He spends his days questioning how he went from being a ring champion to a dock worker. Johnny Friendly, the boss of the port where he works, does not just do a job. In fact, he is involved in illegal activities. One of these illegal businesses gets Terry in trouble. On Friendly’s orders, Terry’s childhood friend is murdered. Moreover, Terry becomes the culprit of this incident when he is not guilty of anything. Along with other events, the dockworkers revolt and a great struggle begins. 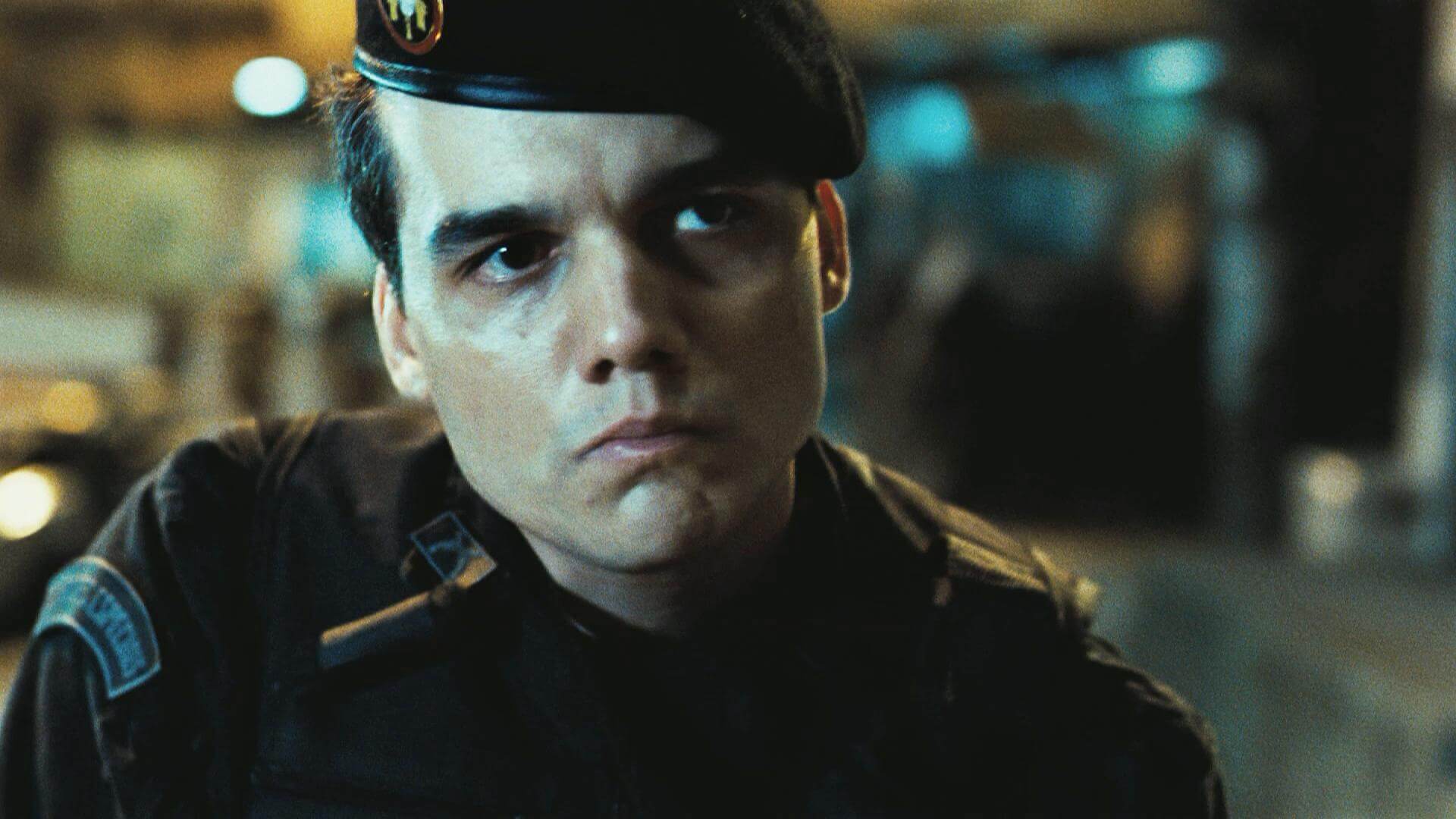 Special Team is the must-have movie of the mafia movies list. After the Vatican, the Papal institution’s most frequently visited location is Latin America. In 1997 Pope Jean Paul II will visit Rio de Janeiro. As the Pope’s visit approaches, movements begin in the suburbs of Rio de Janeiro. As leader of the Special Police Operations Team, Captain Nascimento tries to ensure safety by pre-touring possible places the Pope might go. Nascimento will leave the organization after this assignment. Because he will be a father in the near future and his goal is to raise his child out of trouble. Nascimento has to choose his replacement. This is a very demanding and detailed job.