Joker Actors: The Actors Who Have Played The Joker So Far 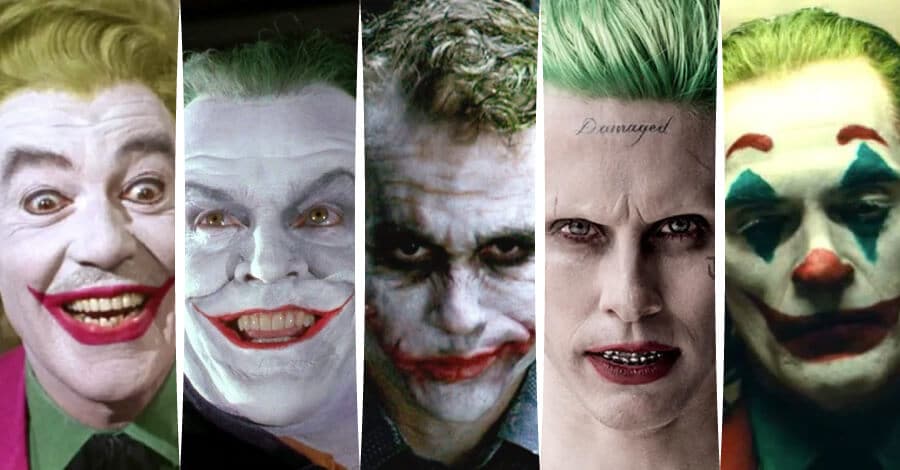 The Joker… He is one of the most beloved and well-known villains of the DC universe. We can’t imagine Batman without the Joker and the Joker without Batman, right? The legendary Joker character, whose evil we feel in every bit of it and understand it at some point, has come to life thanks to many different actors throughout history. On our list of Joker actors; Who gave life to Joker, one of the characters most suited to evil? Let’s examine it from start to finish.

The year is 1966… And here is Cesar Romero, the Joker of the first Batman movie. He is the first actor to portray the Joker character on the big screen. His performance was also found very successful by film critics. Although you watch the first Joker performance in the movie, you can feel the evil combined with the great acting and the sharp intelligence of the Joker.

The Joker, the Most Popular Joker: Jack Nicholson (1989)

This time, Jack Nicholson is among the Joker actors in the 1989 film Batman, directed and produced by Tim Burton. In this movie, Jack Nicholson’s enchanting performance became a giant with his hair, make-up and costume. Jack Nicholson was so captivating with his acting that everyone who watched him couldn’t imagine the Joker could have been portrayed any better.

Did you know that the longest running name among the Joker actors is Mark Hamill? Known as Luke in the Star Wars movie series, the actor achieved this interesting record by giving life to Joker with his voice. In the animated series for the DC Animated Universe that began in 1992, the voice of the Joker was none other than Mark Hamill.

Almost 20 years after Jack Nicholson was a legendary actor, no one expected another Joker performance to become legendary. Until Heath Ledger came… With Heath Ledger, the Joker now has a more evil, funny and cruel image than ever before. The director of the film, Christopher Nolan, attributes the character of Joker to be so memorable to Hedger’s outstanding acting. After the movie, the news of Heath Ledger’s suicide came with sad news. Ledger was awarded an Oscar posthumously.

Jared Leto, who is an Oscar winner and stands out with his talent, was not in the Batman movie, unlike other Jokers. He played the Joker in the DC movie The Suicide Squad, which was released in 2016. Joker came to life with Jared Leto in the movie about the bad superheroes coming together and taking part in adventures in this crowded movie. The movie, which fell short of expectations, caused Leto’s Joker performance not to be talked about for a long time. However, we watched a Joker performance that we can say adds a different atmosphere to Joker.

Bringing Joker to Life with His Voice: Michael Emerson (2012)

We can say that Micheal Emerson, whom we know from Lost and later from Person of Interest, is the most mature old Joker. Thus, adding value to his place in the history of cinema, Micheal Emerson; He is among the actors who gave life to the Joker with his voice in the 2012 movie The Dark Knight Returns.

Joaquin Phoenix is accompanied by names such as Robert De Niro and Zazie Beetz in this Joker, independent of Batman, directed by Todd Philips. The long-awaited new Joker finally came to life in 2019 with Joaquin Phoenix. The famous actor had previously proven his success in acting as Commodus in the movie Gladiator and as Theodore in the movie Her. Phoenix, who received mixed reactions from Joker fans when the news was first heard, took the role so seriously that she lost 23 kilos for the role of strict diets. Joaquin Phoenix, the last Joker ever, won an Oscar for his performance as the Joker.