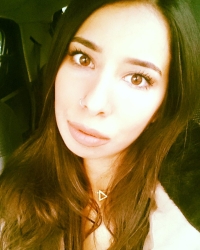 The idea that self-talk is a “madness”, which has been going on for years, became history with the results of two psychologists’ research. Because, according to the research, talking to yourself is neither crazy nor nonsense. On the contrary, this is an action that improves the brain and helps the person by doing three things – talking, hearing and thinking at the same time.

Psychologists Daniel Swigley and Gary Lupyan sent a group of people to the supermarket based on their research. Group’s task was to find a specific product in the supermarket. When the products were found for the first time, after that, psychologists wanted people to find the product while repeating the name of the product on their own. At the end of the experiment, they came to the conclusion that people can find products faster and easier while repeating.

Talking to yourself; it has been confirmed by experts that it benefits the focus process, the development of logical thinking ability, and many mental activities such as solving the problems easier. Even the proven genius Einstein is known to speak to himself.

Every person is doing the act of talking to him or herself from the very first moment he/she learned to speak. Babies especially speed up their development process by repeating what they have learned in this process. But some people quit this action after a certain age and some continue involuntarily. In this direction, it is possible for psychologists to think that people who continue to speak to themselves are much more intelligent.

Another psychologist, Linda Sapadin, commented on the self-talk activity:

“Speaking outside allows you to verify yourself and make your decisions more accurately when making important and difficult decisions. This allows you to clarify your thoughts and consolidate the decision you are considering and concentrate on what is important.”

What Is Eternal Philosophy and How Does It Help Open Your Mind?
Arzu Dokuzoğlu • 17 January

0 0
What Happens to Your Body If You Stop Eating Sugar? (Day by Day, Month by Month Changes)
Özge Yaylagül • 06 January

0 0
What Happens To Your Body If You Take Short Naps Every Day? (Day Day, Month Month Changes)
Berfin Taşdemir • 06 January

0 0
It’s Not You, It’s Me: Why Don’t Your Relationships Make You Happy?
Hasret Gundogan • 05 January