Alex Tew, a Millionaire with a Simple Website Idea 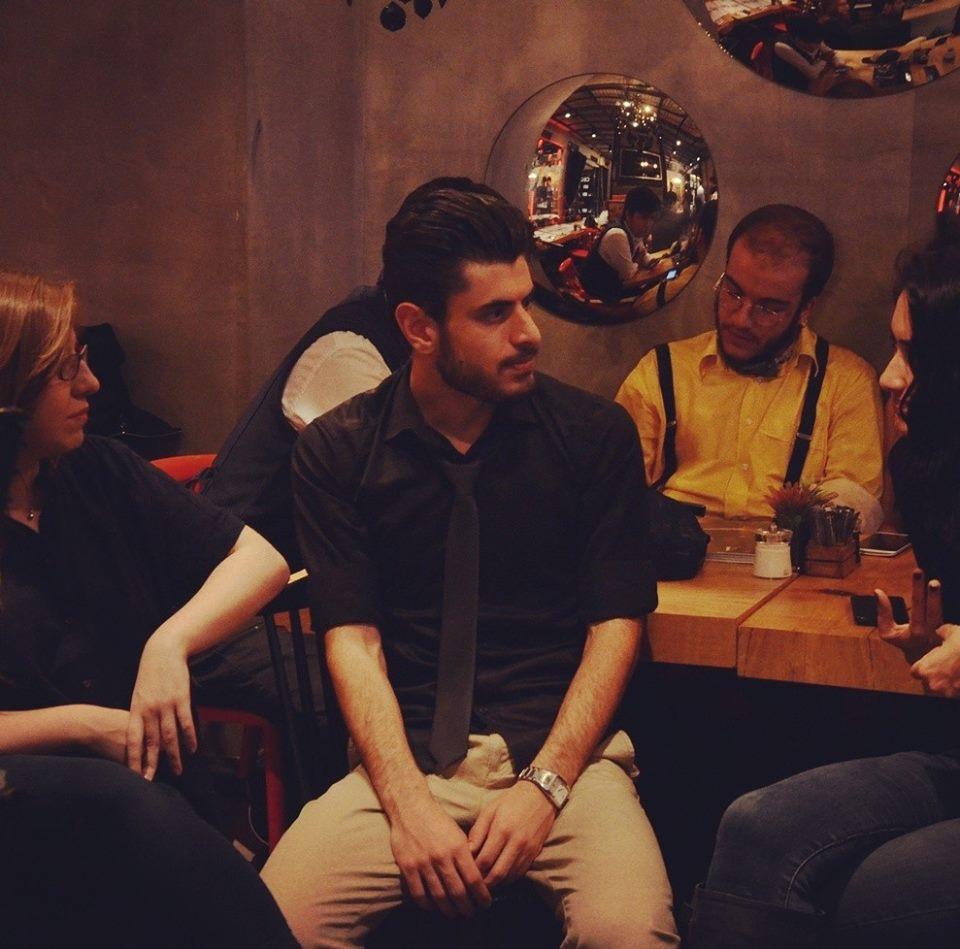 The difficulties experienced by a student and the limits of creativity are in parallel. The more difficult the situation, the more likely it is to be creative. If we agree with this thesis, let’s support this by examining how Alex Tew made his way into the history of the internet in 2005 when he was a student.

He was worried about how he would pay off his student loan. 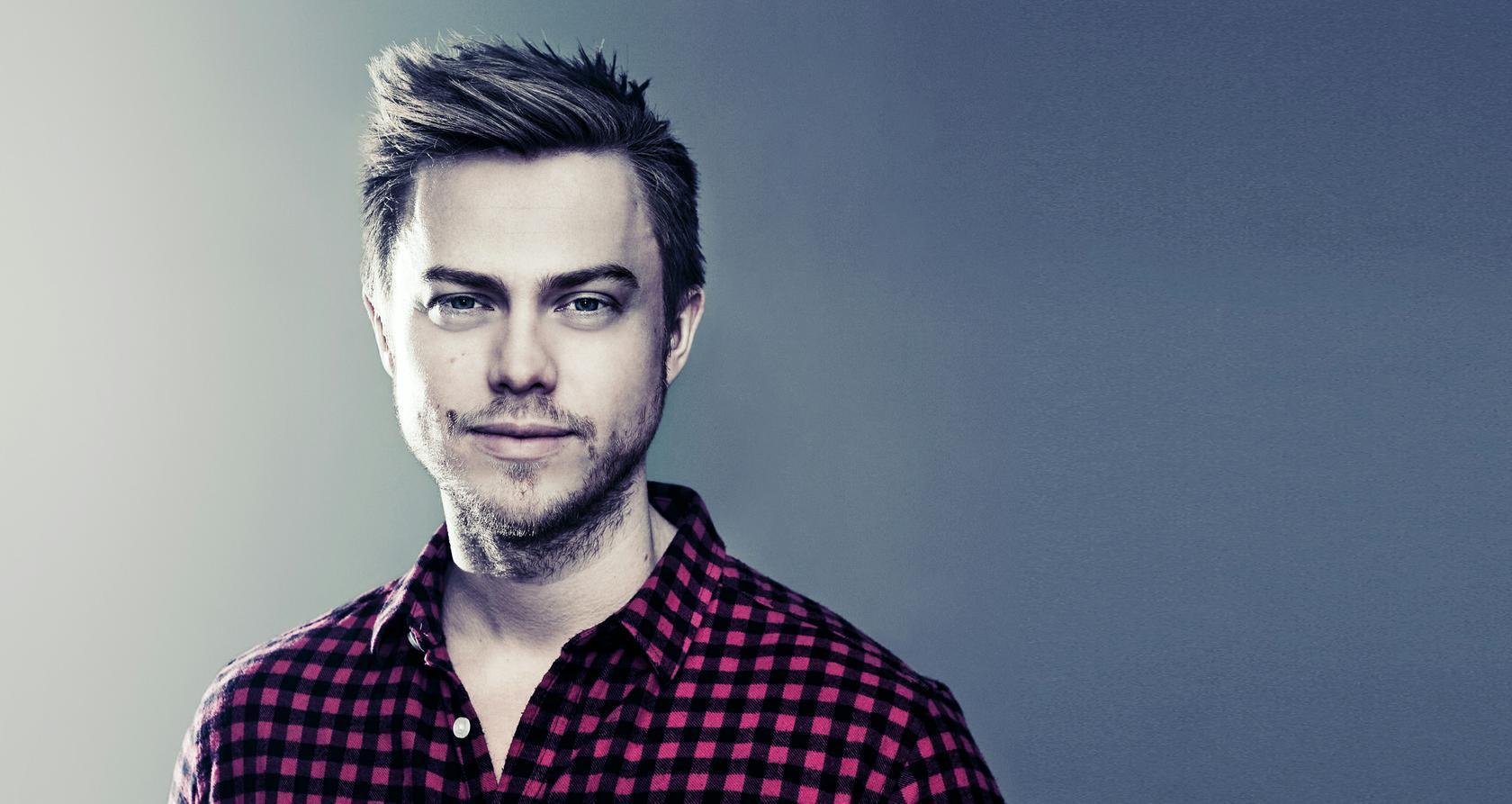 Alex Tew, who lives in England, created this website called The Million Dollar Homepage in August 2005 when he was 21 years old. He was about to start his Business Management studies at the University of Nottingham and was worried that he might face a student loan that could take years to pay off for his three years of study.

Tew, who founded ‘The Million Dollar Homepage’ to make money, decided to sell a total of 1 million pixels for 1 dollar per pixel on a website. 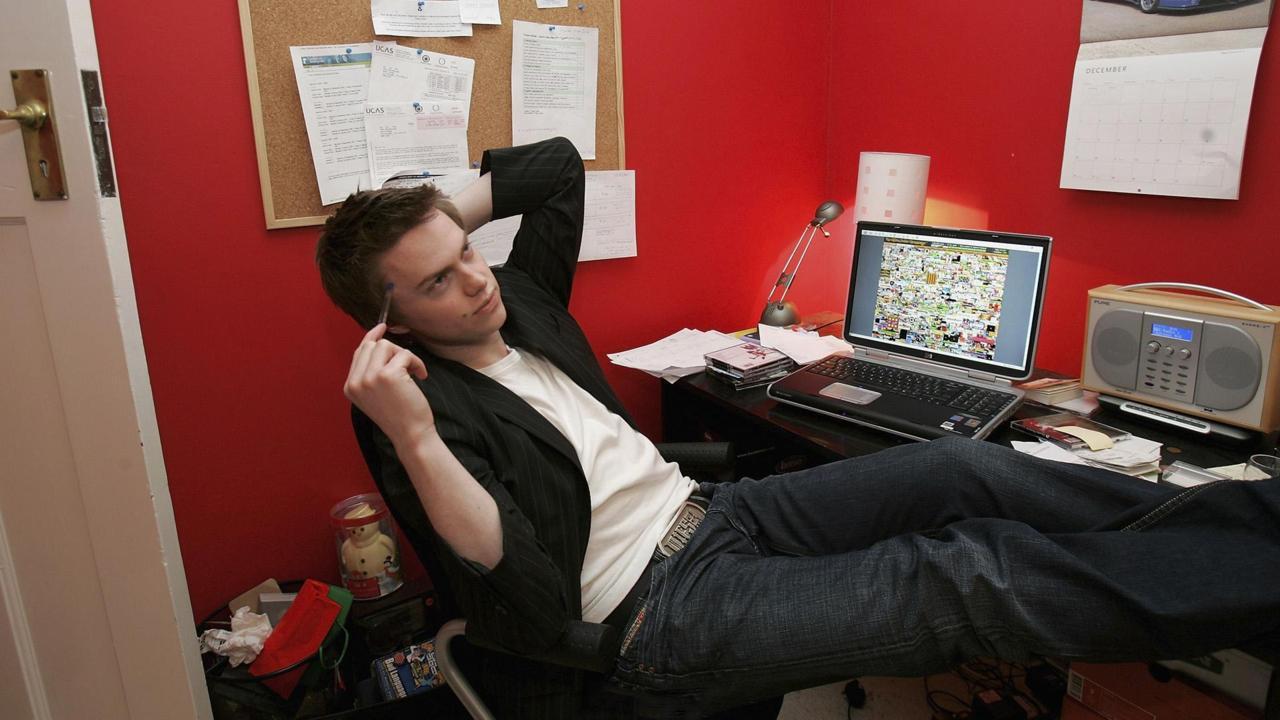 This way, buyers would be able to add their own images, logos, or advertisements and link to their own websites. Well, a question in mind; Why did Tew, who lives in England, choose the dollar over the British pound? Because Tew thought that the US had more internet users than the UK and that if the pixels were sold in US currency, there would be a more extensive buyer base.

He describes how he felt at the beginning as follows: “I knew from the very beginning that this idea had potential, but it was something that could go in any direction. I knew the idea was unconventional enough to generate interest. I thought I had nothing to lose except the site’s registration fee of 50 euros. The Internet is such a powerful tool.” 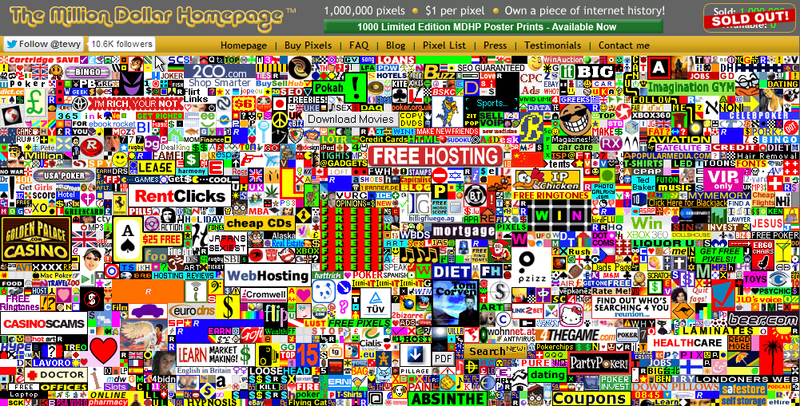 The main page of the site consists of a banner with the name of the site, a counter showing the number of pixels sold (currently ‘Sold Out’ because all pixels have been sold), a navigation bar linking to the site’s internal pages, and a 1,000,000-pixel area divided into 10,000 of 100-pixel blogs.

Alex mentions that The Million Dollar Homepage, which had a significant impact in the press, created a mystery by word of mouth and grew in this way. 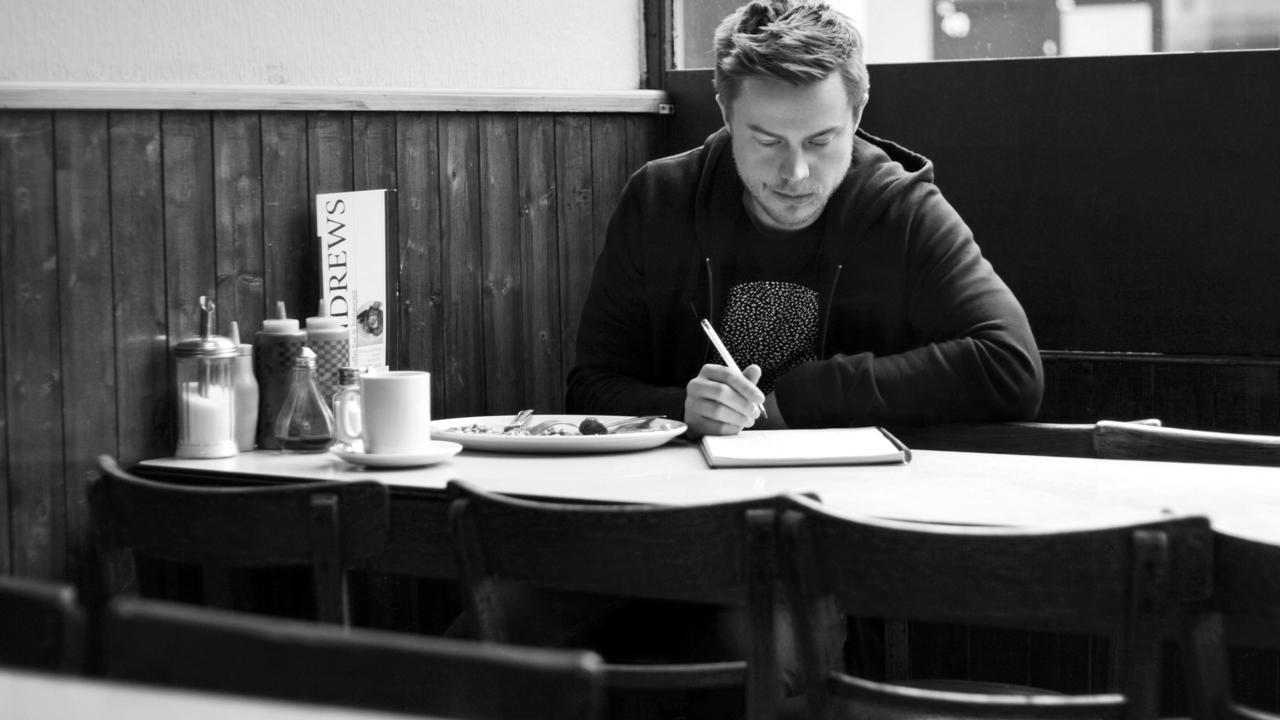 After the press release, which was released in September 2015 and drew attention to the site for the first time, The Million Dollar Homepage was made the subject of news by BBC Online, The Register, The Daily Telegraph, and PC Pro. Tew has also appeared on national morning news programs Sky News Sunrise and BBC Breakfast to discuss the site. However, The Wall Street Journal wrote that the site had inspired other pixel-selling websites.

Tew describes what happened during the project’s dissemination process: “The main thing in attracting the attention of the press was the idea of creating the site itself. So much so that the site was unique and unusual enough. I just had to be a little patient for the first few days for the idea. I did this by issuing a press release, which will have an accelerating effect. This interest has traditionally been combined with the method of word-of-mouth dissemination, which led to the fact that real gossip about the site began, which further increased the interest.” 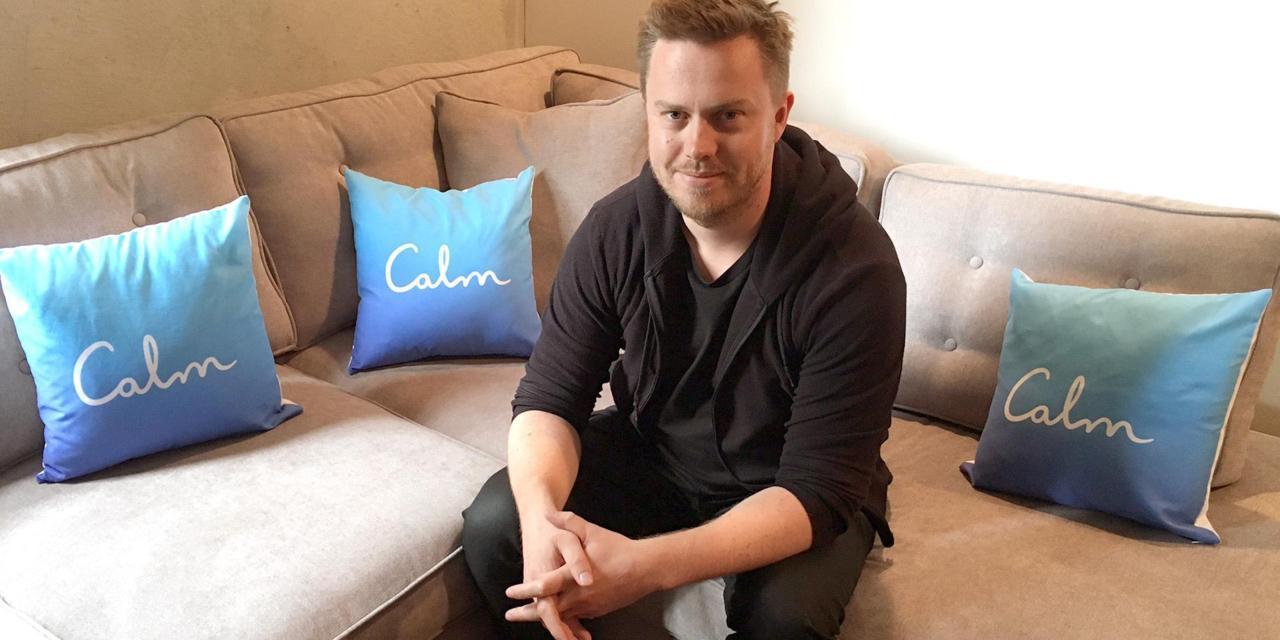 The site was founded on August 26, 2005 with the slogan “Own a piece of internet history!” and soon became an internet phenomenon. In the ranking of web traffic on Alexa, it climbed as high as 127th places. On January 1, 2006, the last 1000 pixels were priced for an auction on eBay. The auction ended on January 11, 2006 with a winning bid of $38,100, bringing the total to $1,037,100 in gross revenue. Its purpose, the site, which was to sell all the pixels and thus provide a million dollars of income to its owner, thus achieved its goal.

To the site that is still active you can reach at milliondollarhomepage.com 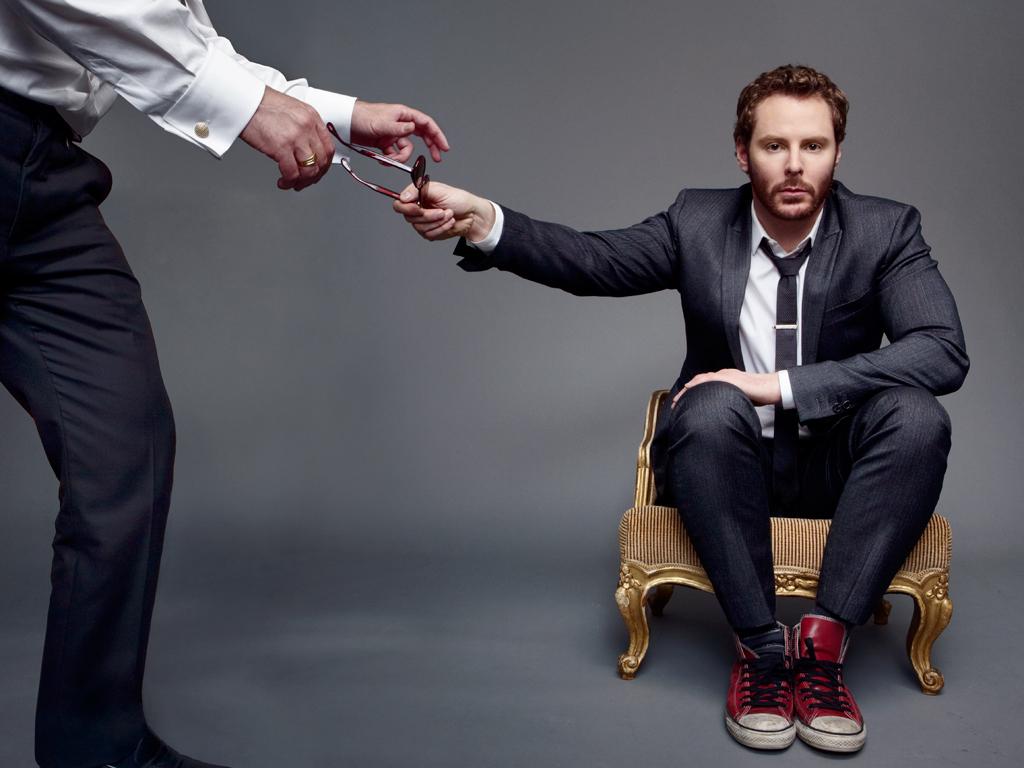 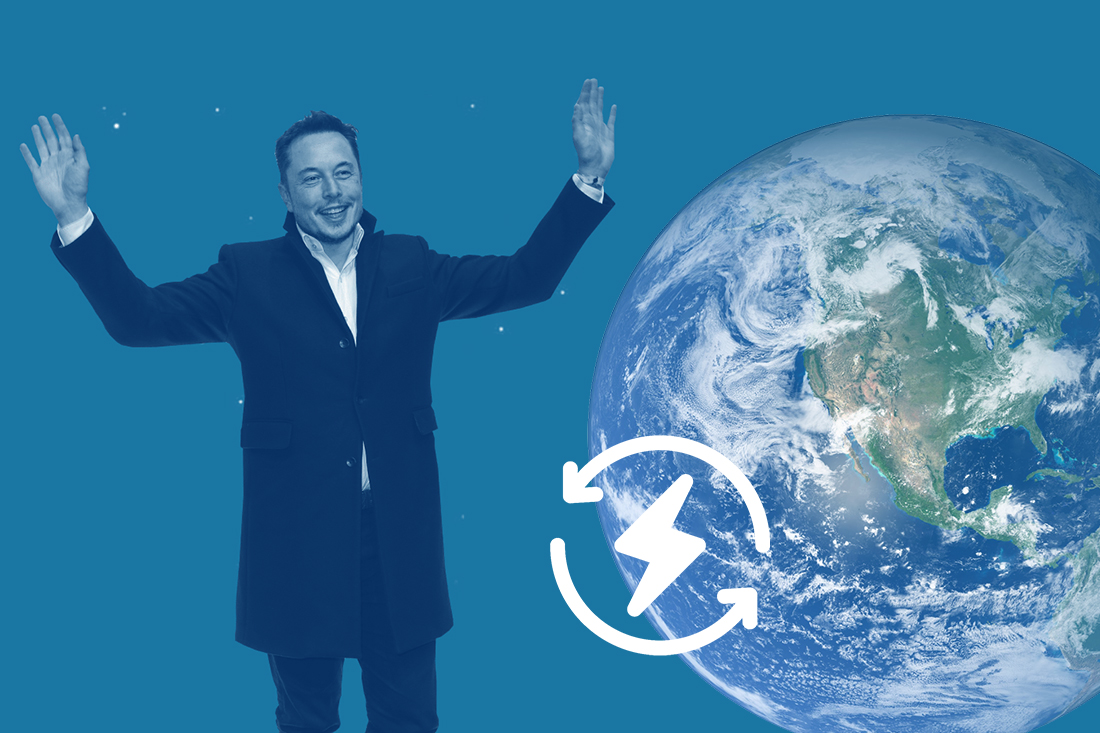