It is thought that dinosaurs, which are supposed to have lived in the Mesozoic era, existed about 250 million years ago. Dinosaur species are closing the era with birds long after their emergence. Birds are known as the last species of extinct dinosaurs. Although there is no evidence of dinosaur extinction yet, it is possible to have a lot of information about dinosaurs today. We have compiled for you the 20 most popular dinosaur species included in movies, TV series, pictures, animation productions and more. Let’s take a closer look at our list of dinosaur species together.

Sauropod, one of the best-known names among dinosaur species, is a variety that reaches more than 30 meters in length. It evolved over time, reaching longer height, weight, and tail than before. Sauropod, an herbivorous creature, is referred to as the ‘tallest’.

One of the best-known dinosaurs of the Jurassic Period is the Tyrannosaur. We can say that this species is the most deadly among them. Tyrannosaurs, one of the carnivorous species, hunted herbivorous dinosaurs for food. A species that knows no boundaries with its broad body and sharp teeth.

These dinosaurs, known as ‘T-Rex’, are considered to be in the same family as dinosaur groups with lizard hips.

Ceratopsian has a different appearance compared to other dinosaurs. You can often see this dinosaur figure, which looks weirder next to giant dinosaurs.

Ceratopsian dinosaurs, whose bodies were often curved with horns and shorter, were about the size of an elephant or cattle that exist today.

This species of tyrannosaur is considered as wild as it is. Although there are different evolution-based information circulating about theropods, it is a well-known fact; Theropods are among the most savage…

Raptors, who lived in the so-called Mesozoic era, are associated with modern birds. They are among the scariest dinosaur species. The hands and brain of this species, which have curved claws, are larger than they should be. Therefore, they are even more capable of easily obtaining their prey.

It is now a known fact that evolution took place between dinosaurs and birds. At the same time, the existence of dinosaur-like birds has been proven by fossils. We can say that the existence of feathered dinosaurs, one of the important species, has thus become definite.

Ankylosaurus is a dinosaur species that survived 65 million years ago. This breed, which is lazier than other dinosaurs, is mentally at a negative point. Often the most important factor in their survival is their physical structure.

Ankylosaurus consists of a pointed and rather strong bone attached to their spine. This is reason enough for them to hold on to life…

Known as the ‘duck-billed’ due to the appearance of its skull, Hadrosaur managed to survive as a community even shortly before the extinction of the species. Being herbivorous, these dinosaurs fed on plants near the ground with their hard beaks.

According to a different opinion, these dinosaurs can walk with two legs…

Ornithomimidae dinosaurs, which are often mistaken for their bird resemblance, may only remind you of the ostrich. This species, which has theropod dinosaur species, was bipedal and the fastest running dinosaur species in its period. A rare species that is both carnivorous and herbivorous.

Fossils of the Prosauropod species known as herbivores are found on different continents. Some of these creatures, which have the ability to move with both two and four legs, are carnivorous. 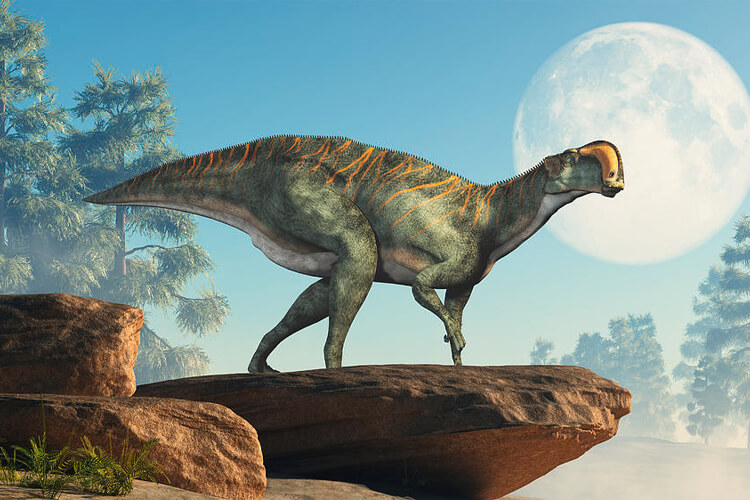 Ornithopodas, accustomed to roaming in herds, are described as ‘plant eaters’. These dinosaurs, which lived in the Mesozoic era, are known as the creatures that lived the longest.

This species, which is closely related to many of the studies, has been the subject of continuous studies. The reason for this is that it is among the first species whose remains and bones were integrated…

Terizinosaurs, one of the dinosaur species with feather-like plumage but not remotely related to birds, lived 70 million years ago. Although carnivorous species make up the majority of its family, this species is known as herbivorous. The feathers on the neck are a distinctive feature of the Terizinosaur dinosaurs…

Stegosaurus, which lived in the period called Late Jurassic, is one of the species you come across as a figure. These dinosaurs, which are not foreign in appearance, have protrusions on their backs with their bones.

Fossil researchers form various interpretations about the bone structure of this herbivorous species. One of his most obvious thoughts is that the bone part of Stegosaurus has something to do with heat distribution…

Trodon is among the most intelligent dinosaurs, according to research. It’s also the smallest dinosaur type discovered by researchers. Weighing around 50 kg, Trodon can make fast and powerful moves.

Utahraptor, which is thought to be surrounded by feathers, is a predatory species similar to birds. It is also the largest bird of prey. This species, which lived in the Cretaceous period, evolved over time. Previously, other species similar to the Utahraptor species emerged.

Allosaurus, a theropod species, lived in the Americas and Africa. It is also known as the Jurassic lion. It draws attention with its ability to walk on two legs. They are fed carnivores. They attract a lot of attention with their feeding style and size.

Echinodon, which lived in the earliest times of the Cretaceous period, draws attention with its lizard tail. Although there are different sentences from many different languages about its structure, it is known that tooth anatomy is important. At the same time, its external structure and appearance are likened to a turtle.

This species, whose name is interesting, was also interesting enough to be added to the list. It means ‘forked lizard’. Dicraeosaurus lived in East Africa. It bears this name because of its forked appearance on its spine. The discovery of this plant-feeding species was made in 1907. Many dinosaur bones found in Tanzania in those years must have taken people by surprise.

What is a Plague Mask? How did it come about?

What is mummification? When Did the First Mummy Appear?