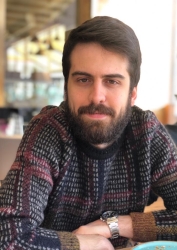 winter vegetables, It makes our metabolism, which weakens in the harsh weather conditions of the season, more protected against diseases. It is of great importance to be aware of this issue so that we can get the source of vitamins and minerals we need.

On the other hand, many of us can incorrectly answer the question of which vegetables are grown in winter due to factors such as seasonal changes, developing industrial production conditions, and chemical substances. We also provide you with all the features from A to Z. winter vegetables we compiled. In this way, we can be more conscious about both shopping for vegetables and the use of vegetables in meals. Bride to winter vegetables Let’s take a look at the benefits: 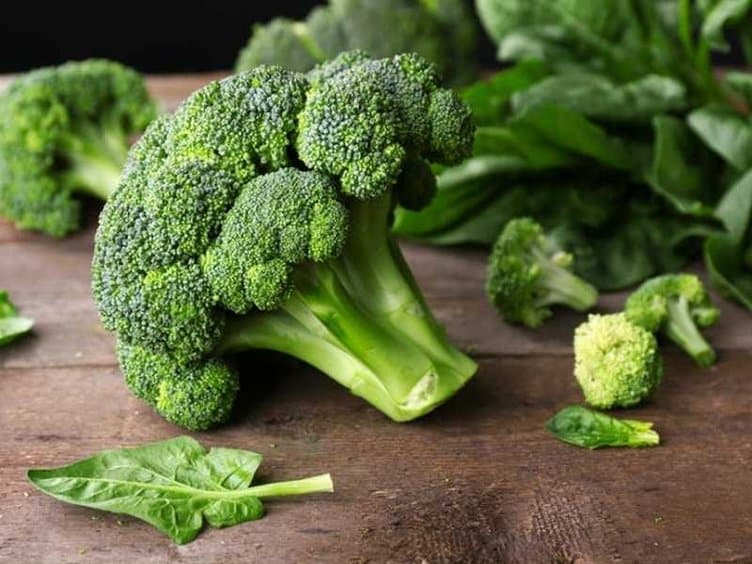 Broccoli, one of the first vegetables that comes to mind when it comes to healthy nutrition, is a vegetable rich in many minerals, especially potassium, as well as vitamins A, K, C and E. Moreover, literally from winter vegetables is one. In addition, it is high in water and fiber and low in calories, making it stand out. It is also known to reduce the risk of stomach and esophageal cancer. In the meantime, let’s say that it should be cooked less to minimize mineral loss. 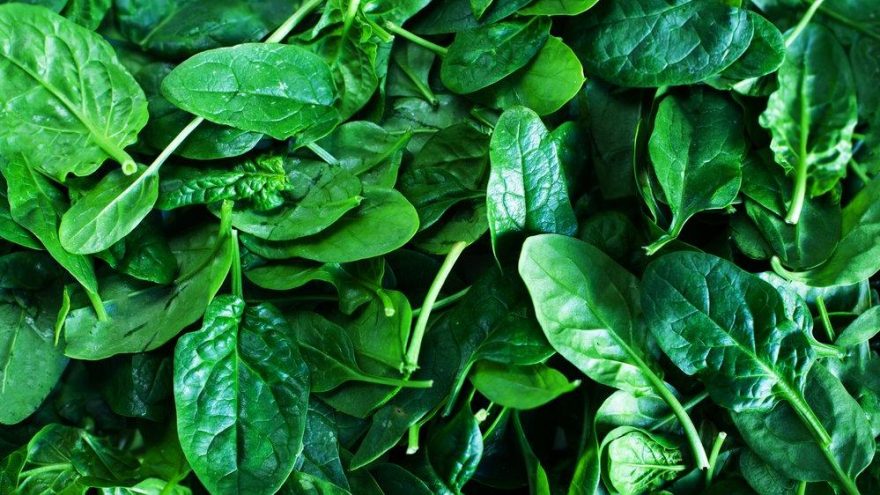 winter vegetables Spinach, the first vegetable that comes to mind when it comes to mind, is known for its high iron content. In addition to iron, it has rich vitamin and mineral values. Therefore, it is a vegetable that should not be missing from the tables of those who want to strengthen their immune system. It also contains much more protein than other leafy vegetables.

It is also known to reduce blood pressure, reduce blood clotting, heal eye diseases that occur with aging, and prevent some stomach cancers. 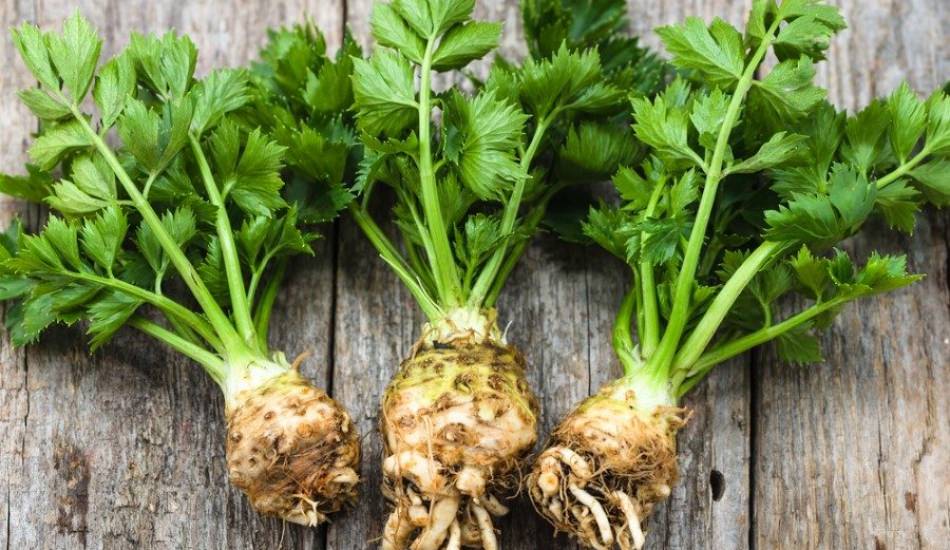 Although it is generally known for being preferred in olive oil dishes, celery, which is widely consumed with salad, stuffed and soup, is a root and leaves that can be consumed as a whole. it is a winter vegetable . Although it is rich in vitamins and minerals, it should be consumed as soon as possible after cutting to benefit from it. Other well-known features include cleansing the blood, preventing weight gain, benefiting the kidneys, and calming properties. In addition to B vitamins, radish, which has magnesium, phosphorus and manganese minerals, draws attention especially with its vitamin C and potassium richness. Thanks to vitamin C, it supports the immune system, while thanks to potassium, it helps to balance blood pressure, regulate heart functions, and contract and relax the muscles in the body in a healthy way. 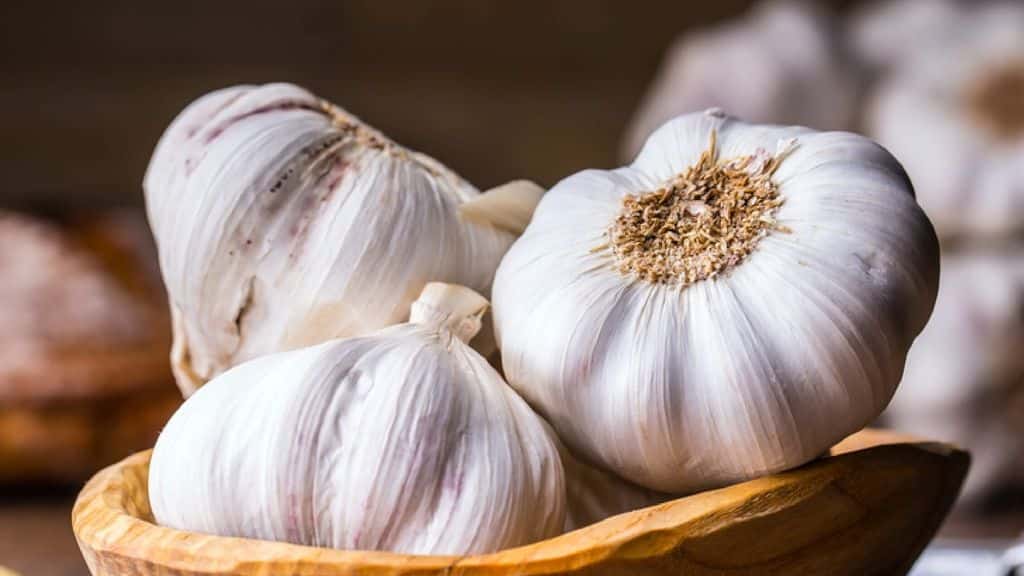 It is a natural antibioticThe most striking aspect of garlic, also known as white, is that it is a powerful cancer fighter because it is rich in sulfur and sulfur. It is also one of the most important weapons in lowering high blood pressure. In addition to all these, it is a medicine that you can consume as a medicine with its properties such as containing vitamins A, B, C and P, cleansing the blood, increasing appetite, facilitating digestion, relieving constipation, good for rheumatism and joint inflammation. it is a winter vegetable . 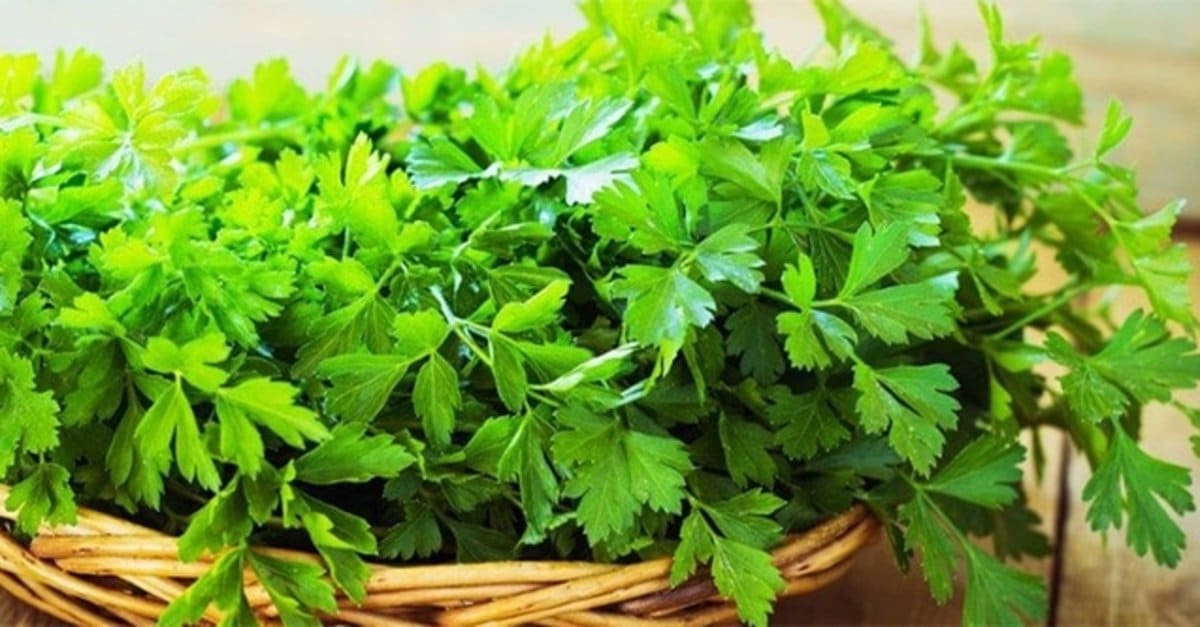 Parsley, which is very rich in vitamin C, is also an important food source in terms of vitamin A and potassium. Consuming it fresh and raw is more beneficial than consuming it cooked.

It has very important effects such as being edematous, lowering high blood pressure, facilitating bile flow, and eliminating anemia. In addition to being used in salads and meals, it can also be preferred to be boiled and drunk. 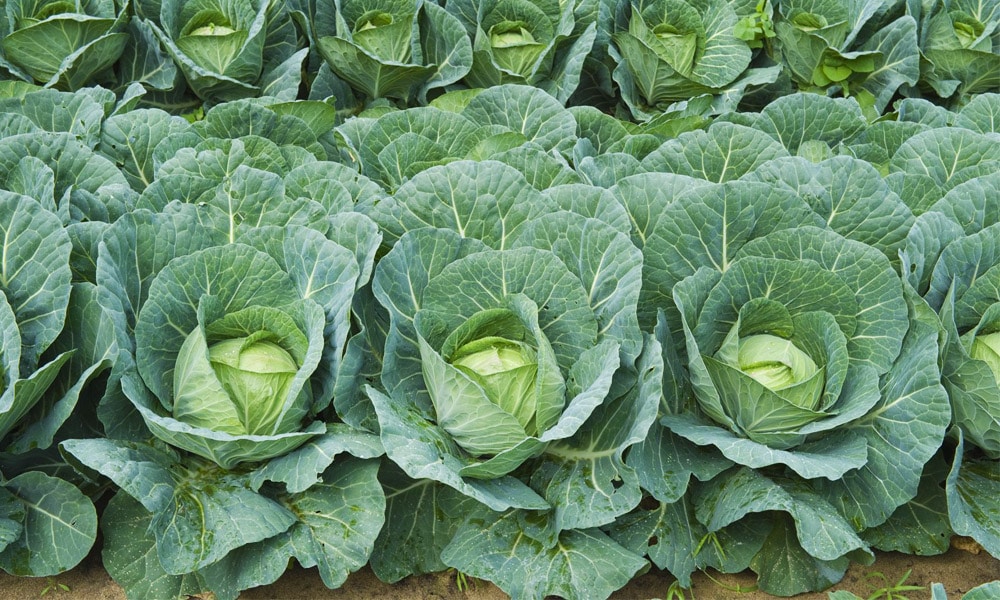 Vitamin U, which protects the inner surface of the stomach and intestines and heals the wounds in these areas, is only found in cabbage. However, a complete winter vegetable Cabbage is a serious source of vitamin C, antioxidants and fiber. Therefore, it creates an important resistance against diseases such as flu, colds and colds. 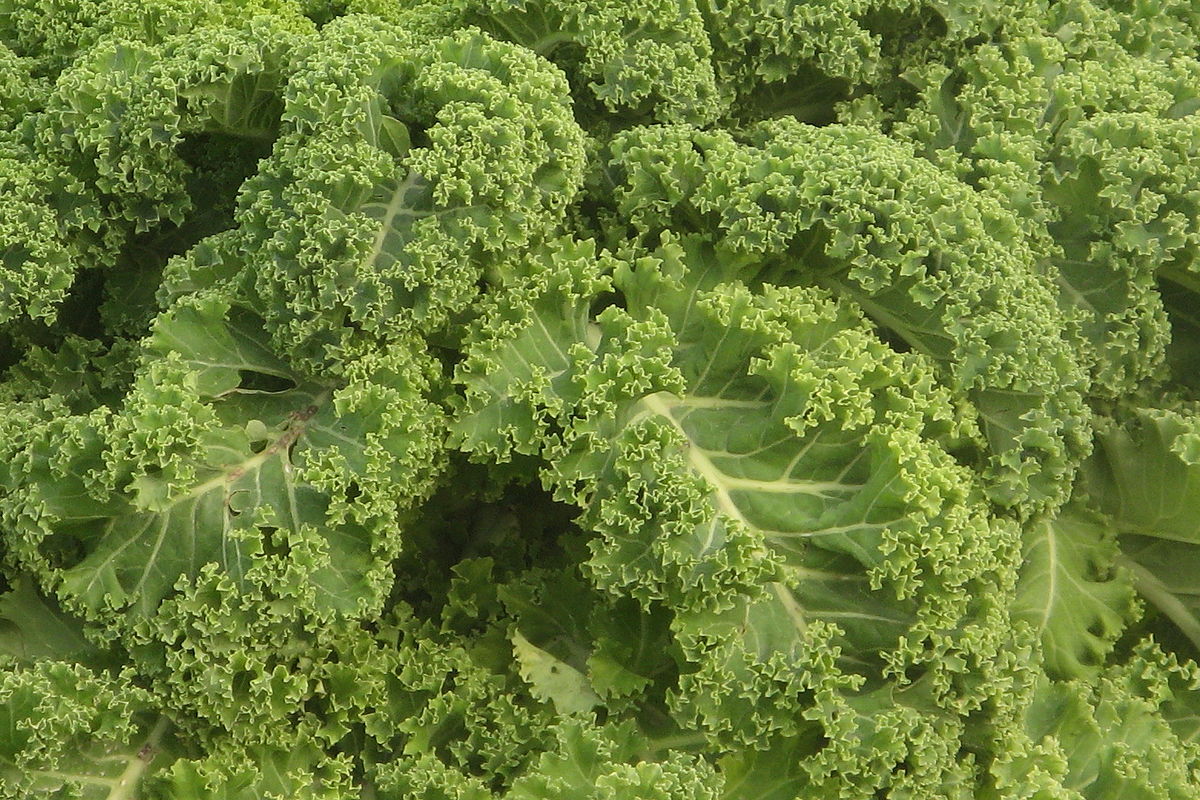 from winter vegetables The benefits of black cabbage, which is one of them, do not end with counting. It is rich in iron, potassium, copper, calcium and vitamin C. Although it is commonly consumed by cooking, it is recommended to eat it raw or drink the juice by squeezing it. It has dozens of benefits such as being beneficial for asthma, eliminating anemia, lowering the amount of sugar in the blood, healing wounds in the intestine and stomach, and being protective against cancer. 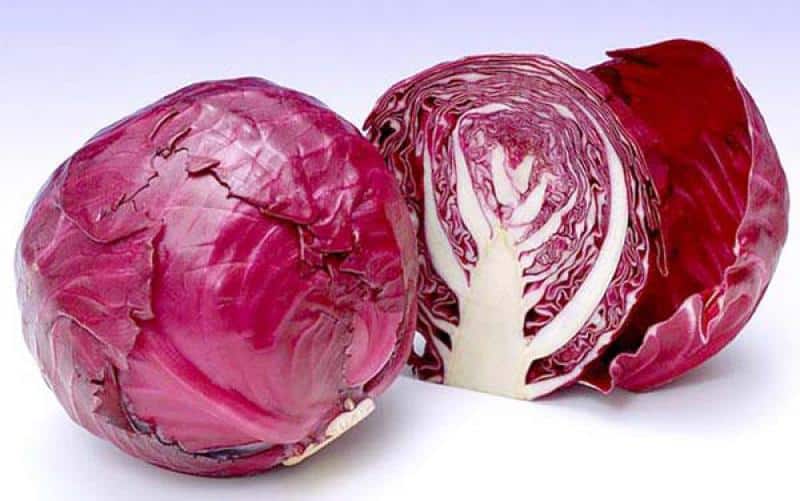 Red cabbage, which has a much higher nutritional value compared to other types of cabbage, is a complete vitamin C store. from winter vegetables Cabbage is also rich in vitamins A, B and K, as well as manganese and potassium. The most important feature is that it is a very powerful antioxidant. In this way, it cleanses the body of toxins and reduces the risk of heart diseases. 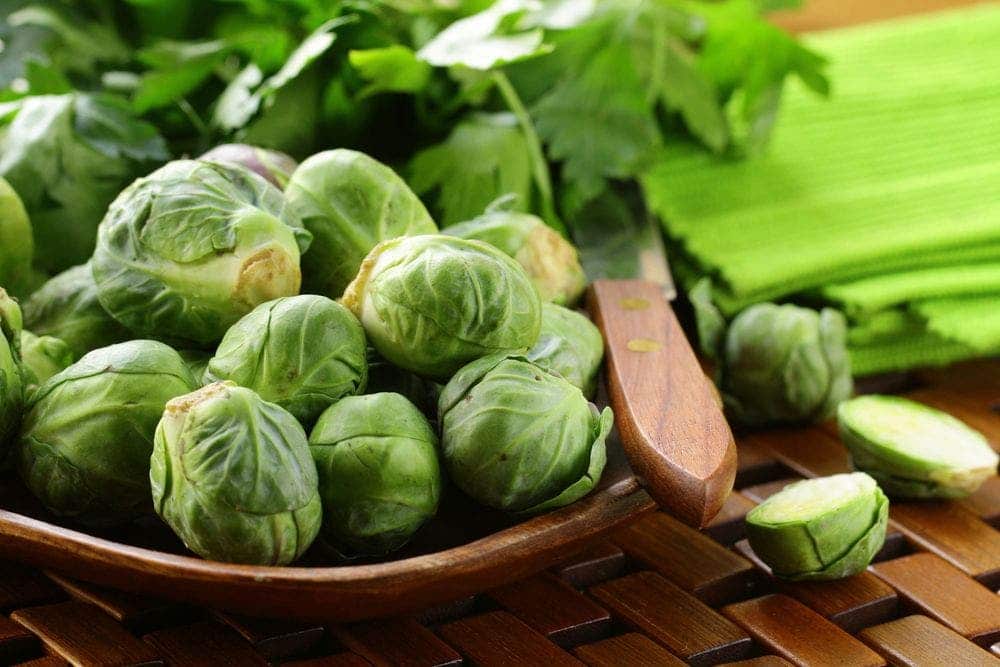 from winter vegetables Brussels sprouts are a serious source of manganese and potassium, along with vitamins A, B and C, especially vitamin K. Being a fibrous vegetable, it helps the digestive system, lowers high blood sugar levels, and acts as an important antioxidant by increasing sensitivity to insulin. 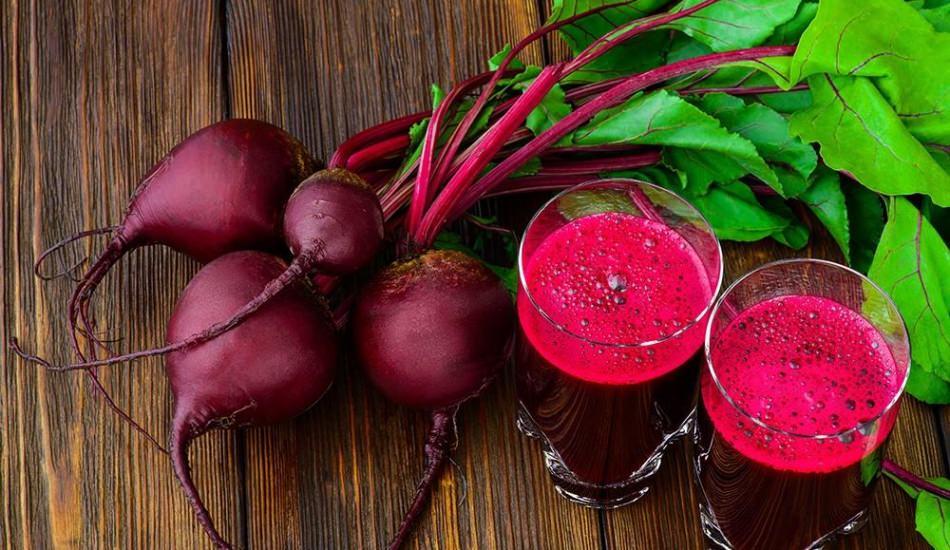 When it comes to turnip, most of us think of turnip juice directly and we usually consume it. It is known to be very beneficial for the stomach and liver. In addition, turnip, which contains vitamins A, C and B, calcium, potassium, iron and magnesium minerals, is perfect for removing toxins from the body. 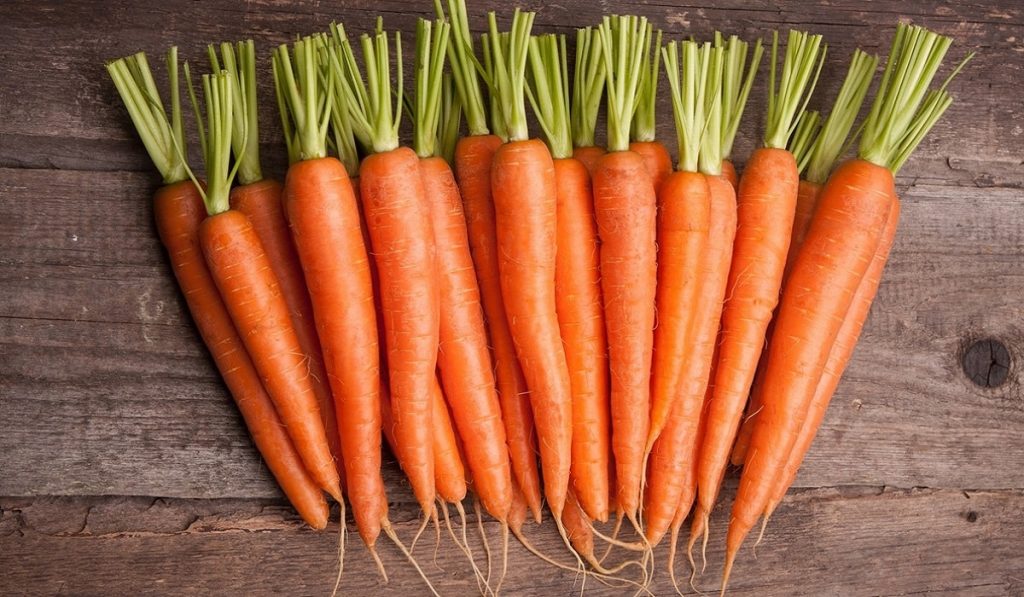 A complete vitamin store from winter vegetables Carrots contain vitamins A, B, B2, B3, C, D, E and K. Although it is usually consumed raw as a snack and included in salads, it also serves as a side dish in cooked meals. The most important feature is to protect eye health and prevent night blindness thanks to the carotene it contains!

It also has benefits such as being good for stomach and intestinal disorders, balancing cholesterol, helping the secretion of bile in the liver, protecting hair and nails, regulating the menstrual cycle, and helping to lose weight thanks to its rich fiber content. It also has effects on preventing diseases such as cancer and diabetes and protecting heart health. 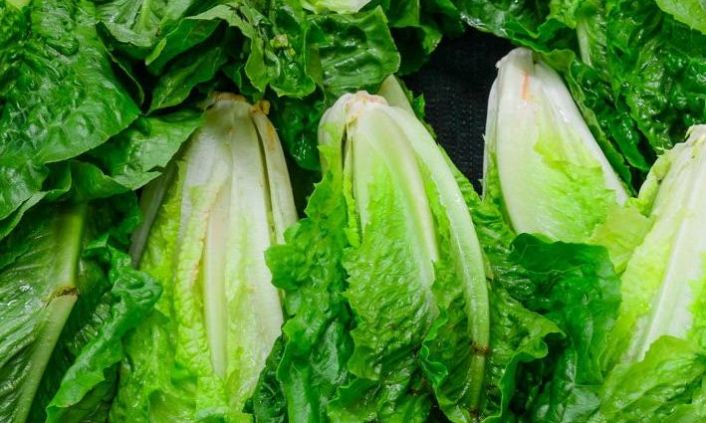 from winter vegetables Lettuce is consumed mostly raw in salads. Although it contains vitamins A and C, its nutritional value is not very high since its water content is 90%. 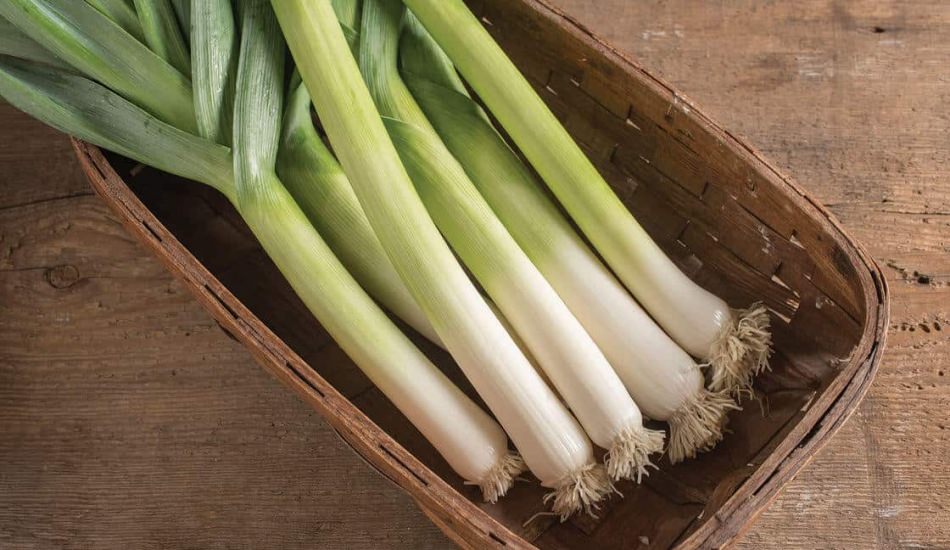 Leek, which is generally consumed as a meal with olive oil and cooked in pastries, can also be consumed raw in salads. from winter vegetables Leek, which is one of the richest in terms of vitamin K and C, has a supporting role in the immune system thanks to its abundant sulfur content. With the vitamins it contains, it contributes greatly to the realization of functions such as cardiovascular health, cell regeneration, iron absorption, and collagen production. 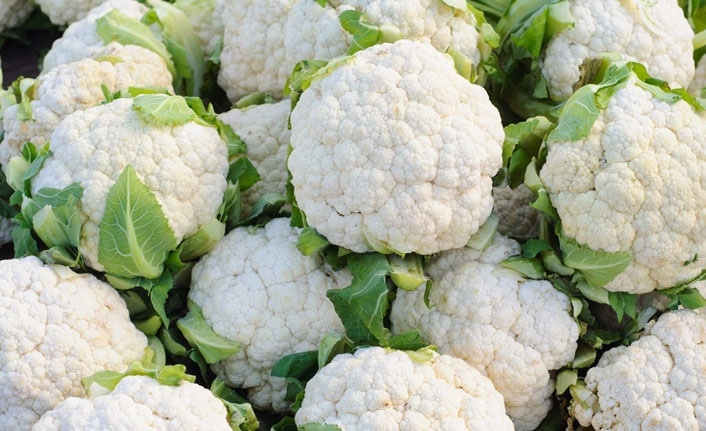 It has a very rich content in terms of magnesium, potassium, manganese, folic acid and phosphorus, along with vitamins C, K and B6. Moreover, it has very few calories. from winter vegetables Thanks to the fiber it contains, cauliflower contributes greatly to the regulation of the intestinal flora, which makes up 80% of the immune system. However, it is known that its preventive effect on colon, lung, breast and prostate cancer and inhibits the growth of cancer cells are supported by clinical studies. 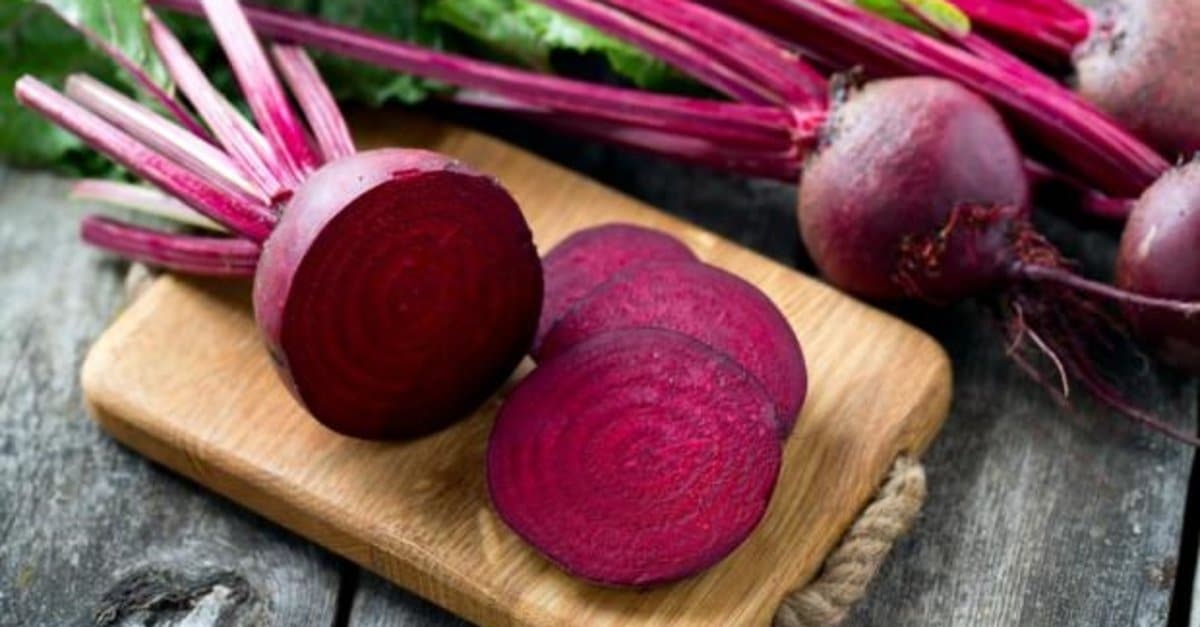 The beet, which we cook, drink by squeezing or consume as pickles, is also consumed raw. It is rich in manganese, iron, potassium and vitamin C and is a good source of fiber. The most important and beneficial feature of beet is that it prevents high blood pressure by improving blood flow and correcting blood pressure. 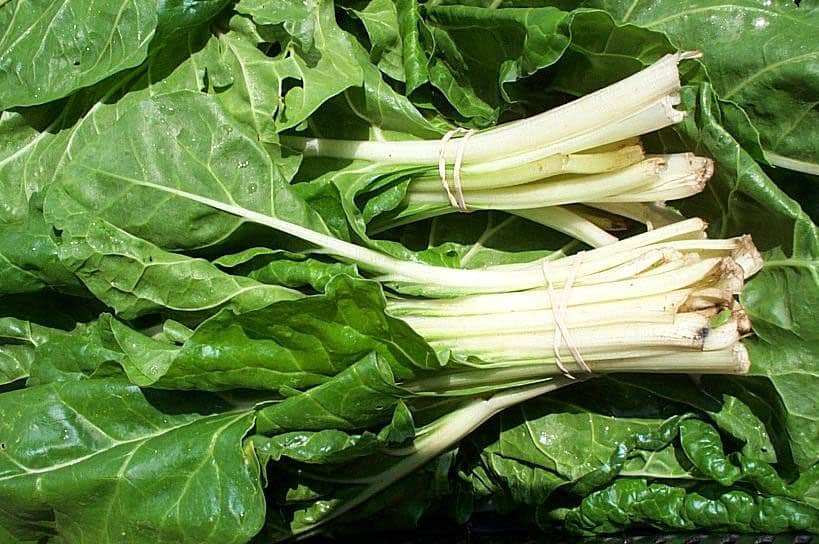 Chard, which is stuffed, roasted, made into salads and eaten, and also consumed raw, is the most nutritious. from winter vegetables is one. It is also known as a source of folic acid and calcium. It is rich in vitamins A, C, K, E, as well as iron and magnesium. Therefore, it is a vegetable that helps digestion, relieves constipation, protects from sugar, and strengthens bones. 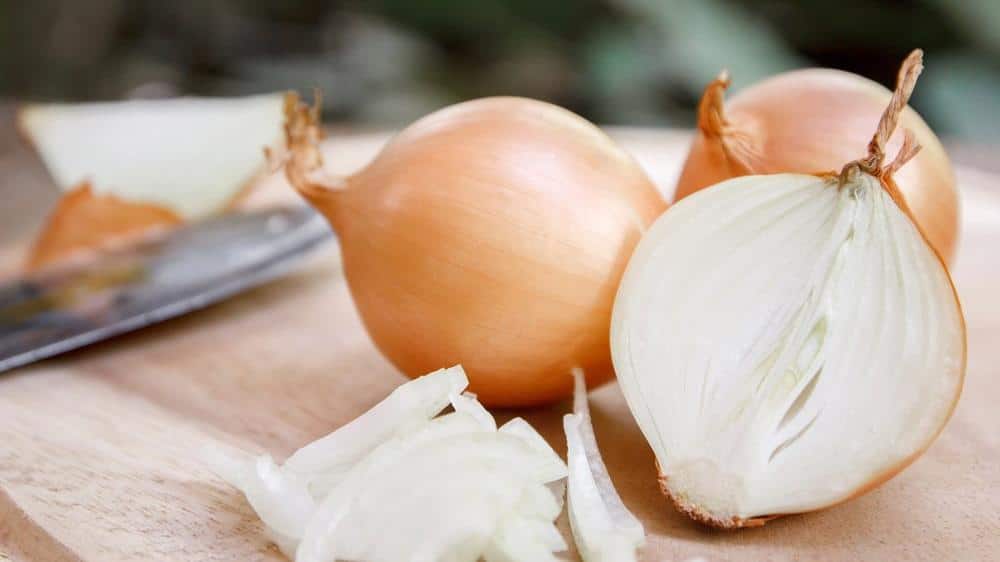 Onion, which we know well and consume regularly by many of us, is first of all a very powerful antioxidant. Therefore, it strengthens the defense system and protects the body against microbes in winter. In addition, it is a vegetable rich in vitamins B and C, fiber and sulfur. Although we usually consume it cooked in our meals, raw consumption is also common. When consumed raw, it has a feature that stimulates the digestive system, strengthens the stomach and increases urination. 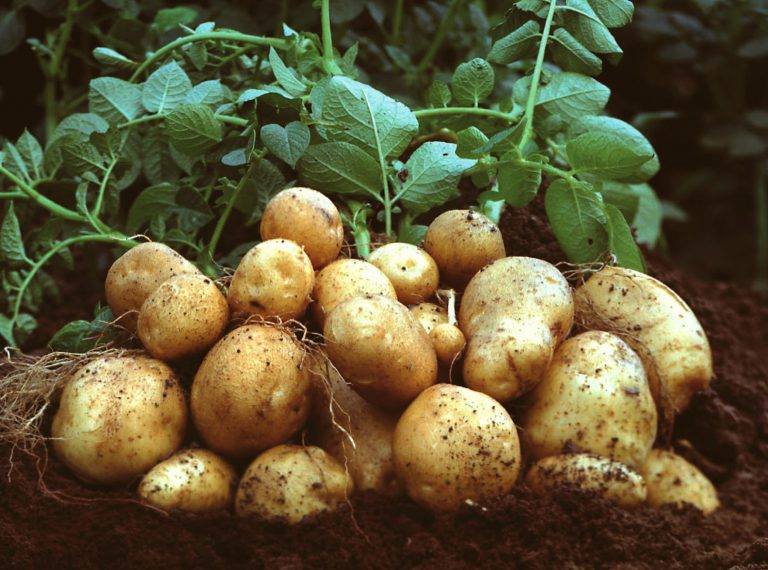 Potato, another vegetable that we are well acquainted with, is a winter vegetable It is a complete starch store. It also contains B and C vitamins, but since it is a vegetable consumed by cooking, there is a serious loss of vitamins during cooking. On the other hand, it has a high level of antioxidants and thus cleans the blood by lowering the sugar level in the blood. It is very useful in protecting skin health, especially hand and foot cracks. 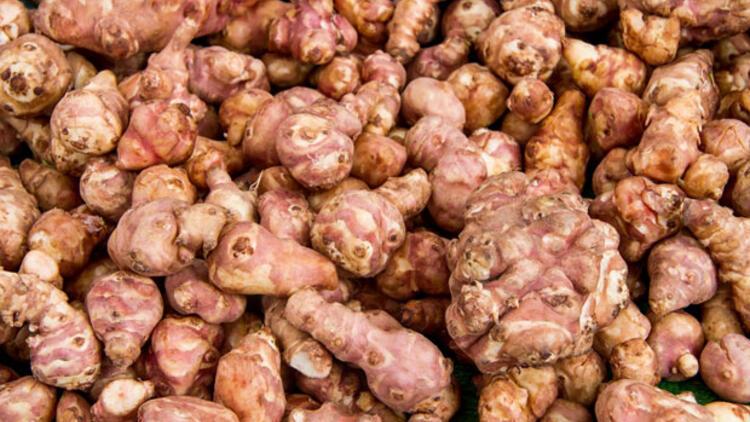 High content of B and C vitamins winter vegetable Jerusalem artichoke has immune-boosting properties. On the other hand, this vegetable, which is also rich in protein and iron, is an important food source for those with iron deficiency and athletes. It is commonly eaten boiled, but it is also possible to consume it raw in salads.