Space Tourism: All About the Tourism of the Future

When it comes to what is space tourism, this question may be reminiscent of a science fiction scenario for many people. However, as a result of scientific studies conducted today, this is not difficult at all. If the question of whether space tourism is possible 20 years ago, almost everyone would have answered the same. Today, space tourism is among the topics that are seriously studied and defined. Undoubtedly, international space activities must have a share in this development acceleration. As a result of scientific studies and high-budget research, it is now possible to make space tourism.

So what does this tourism, which is completely different from swimming on the sands of a warm beach, tell? Tourism means that people travel from the region they live in for various purposes. The purpose of these trips is sometimes for commercial and cultural purposes, and sometimes for relaxation. Sometimes it takes place as a winter holiday from a warm region to a relatively cold region. Sometimes it has a form called sea tourism to hot regions. So what does space tourism, which means going outside the world we live in, mean?

What is the Historical Origin of Space Tourism?

The sky and the fields behind it have been among the interesting subjects throughout the history of humanity. It is possible to take this interest until the days when people started to live nomadic or settled. While the sky sometimes describes divine things, sometimes it has been the most intriguing field of science. For the hundreds of thousands of years that man has spent on earth, the beyond has kept its mystery. This is exactly why this mystery has managed to attract various curiosity and interest. It is quite easy to detect this situation in the products resulting from cultural productions.

Space-related products have been produced in literature, theater, cinema and many other branches of art. These products have always continued to be preferred because of the mystery they have. Today, it is possible to say that this interest has reached an immense level in the light of scientific and technological developments. Space tourism can undoubtedly be one of the last stages of this. Pack your suitcase and go to space? Why wouldn’t it be possible? The discovery of the world and the increasing standardization of places to visit for some people have triggered this.

What is Space Tourism and What Does It Mean?

When it comes to what is space tourism, our answer will be the result of an endless search for adventure. Indeed, space tourism is a thriving field for those seeking adventure and mystery. Thanks to the knowledge of humanity, it has become very easy to go from one place to another in the world today. This has been made possible by high-speed trains, transoceanic ships, and intercontinental planes. For those who have unlimited economic power, it is very easy to reach any place in the world today.

This is possible for some people living in countries with welfare economies. Interest in extraterrestrial tourism is precisely the instinctive curiosity towards the outside. While this curiosity was the subject of space for scientific studies, today it means traveling. Journeys to areas beyond our atmosphere are considered under the umbrella of space tourism. This tourism can be done for many different reasons. Of course, the most valid reason is to discover. Of course, let’s not forget that even space tourism is separated in itself.

What are the Types of Space Tourism?

Before answering the question of what is space tourism, various branches of this tourism have started to form. And this continues to show us how much the knowledge of humanity has developed. Space tourism, which means traveling outside the Earth’s atmosphere, has several different forms. Today, space tourism is carried out in two different ways. The first of these is the touristic trips made for the purpose of following the scientific activities. The other is the trips made by people who are accepted to stay on the spaceship and meet the conditions. These trips generally cover touristic-cultural activities such as accommodation and spending time.

In this sense, it would not be wrong to say that space tourism has already become popular. The interest and curiosity of people who are curious about space and sky continue to increase day by day. Many companies continue their activities in this field in a pioneering position. In this way, it has become possible to have an idea about what space tourism is and its scope. Personal demands are also effective in space tourism, as in the types of travel around the world. The touristic purposes of the people determine the route and meaning of the journey.

Who Will Travel Thanks to Space Tourism? 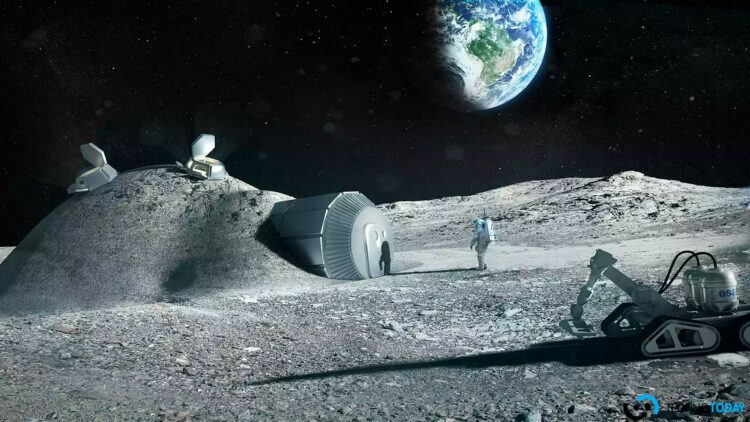 We are about to touch on one of the most important points in terms of our subject title. The question as important as what is space tourism is, of course, who can do it. For whom is this journey possible, which is fundamentally different from any other form of travel? We have also deemed this title necessary about the situations and conditions that may occur with it.

First of all, it should be clearly stated that space tourism is a high-budget activity. In this sense, it seems more possible for people belonging to the upper class at the moment. At least for now, we should point out that it is far from being realized on a mass basis.
This is caused by the lack of information about both the shelters of spaceships and the collective life in space.

Today, some companies are working in this field. They are planning to send the people they choose into space with various draws. Of course, it is worth repeating that the prices are astonishing. Tourists going to space are expected to fulfill various conditions. However, it has also been confirmed that they will have a crew with full information with them.

Which are the Leading Companies Operating in the Field of Space Tourism?

Space tourism covers a very wide and comprehensive area. Therefore, the conditions and fees are quite high. There are much higher budgets for this area compared to any touristic business. We can say that the concrete steps of our title of what is space tourism begin exactly after this stage. Of course, even the fuel costs of spaceships are at an astonishing level.

Considering the maintenance of the ships, crew training and equipment and accommodation preparations, an unlimited budget is required. Although there are many companies working in this field, one of them stands out. Its name is SpaceX.

The company, which is owned by investor and billionaire Elon Musk, has been working in this field for some time. After the launch of the vehicle called Crew Dragon Demo 2 into space in 2020, all eyes turn to the company. According to the company’s statements, by 2023, people will be able to start touristic activities through this station. Other companies operating in the field besides SpaceX are Blue Origin and Virgin Galactic. Blue Origin is owned by Jeff Bezos, while Virgin Galactic is owned by the Virgin group of companies.

How far back does the beginning of space tourism go?

In our previous title, we tried to examine the companies operating in the field of space tourism. Within the scope of this title, we will try to focus on the history of space tourism activities. The title of what is space tourism naturally also concerns this field. Space tourism has been mainly spoken since 2006-2007. The first concrete steps were taken in these years. However, the years 2003-2004 are also important years in terms of space tourism pioneering activities. During these years, there was a great rivalry between the Russian Space Agency and the United States. MirCorp was the first company to issue tickets to space travel in 2003.

The person who bought this historical ticket is Dennis Tito. However, when the company suspended space travel, Dennis Tito began to look for a way to deal with a different company. Tito, who signed with Space Adventures, is the first person to do this. In the following years, more than one person was sent to space. However, the rivalry between Virgin Galactic and Jeff Bezos’ company Blue Origin has been going on since these years. It would not be wrong to say that there is a breathtaking space race between the two companies.

How Much Does it Cost to Have a Space Tourist Title?

Tourism in its most general sense means traveling from one place to another for various purposes. Tourist is the name given to the people who make this trip. So what would it be like to be a space tourist? Who is called a space tourist? People who are launched into space by shuttles as a result of space tourism studies are called space tourists. Of course, this trip has its difficulties compared to a normal trip.

Fulfilling the flight conditions and meeting the high fees are among these. In order to become a space tourist today, you have to pay a prepayment fee of approximately 200 thousand dollars.

You can think of this fee only as a deposit fee. This cross-border and even unlimited travel is not expected to become cheaper in the short future. There are prices approaching millions of dollars for a full-scale space travel. Considering these prices, it is possible to say that travel is not very economical. It is unclear how the process will develop in the coming years and how the wage policies will be determined. The cost of answering and experiencing the question of what is space tourism is astonishing as can be seen.

How Long Does Space Tourism Take?

Another question that is as curious as the question of what is space tourism is the time span of the trip. Definitely different from going from one place to another with a handbag or suitcase. We are talking about a journey out of the Earth’s atmosphere and staying in a space station. For this reason, it is true that there is a very complicated process, especially the preparation time. Today, as a result of scientific studies, journeys are limited to 15 minutes. However, it has been confirmed that companies have plans to increase this period in the future.

In this sense, being able to make trips that exceed an hour or even a week can be realized in the near future. According to the statements made by Jeff Bezos, the owner of the Blue Origin company, this situation seems to happen in the near future. In its statement, the company has given the good news of an 11-minute space tourism journey. Passengers taken to the spaceship are expected to complete the journey with the help of a capsule after being launched to a height of 100 km. Passengers who are completely suspended in space in the capsule leaving the spaceship will have the opportunity to take pictures and experience it.

0 0
Cryptocurrency: A Digital Reform in the Economy
Alp Karaçaylı •