Board Games: 20 Games That Will Turn Your Boredom Into Fun 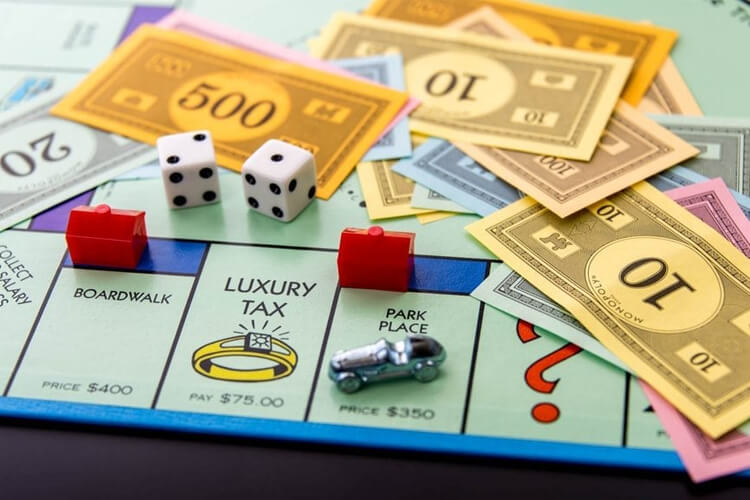 Board games are games that allow both families and friends to come together and have a pleasant time for years. We have compiled the best board games for you that you can play while you spend at home, relieve your boredom and have fun. 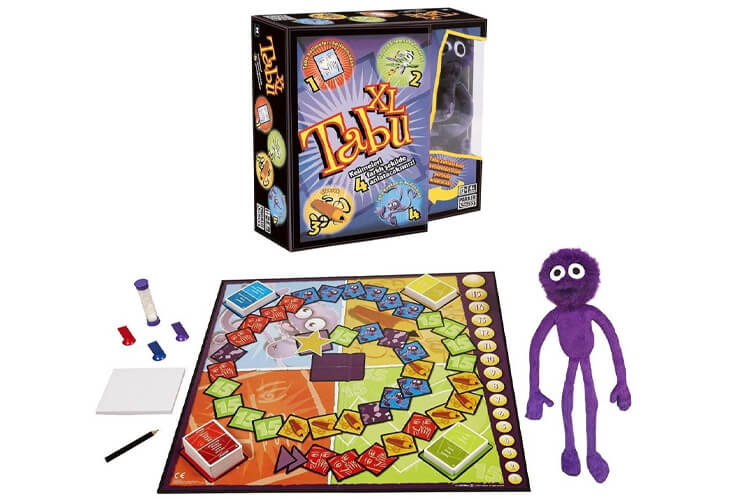 Taboo, which has become very popular in recent years, is at the top of our list of the best board games. In the game played in 2 groups, the aim is to explain the words on the cards to your teammates in a limited time. However, while doing this, the forbidden words on the cards should not be said. The team that can explain more words wins the game. 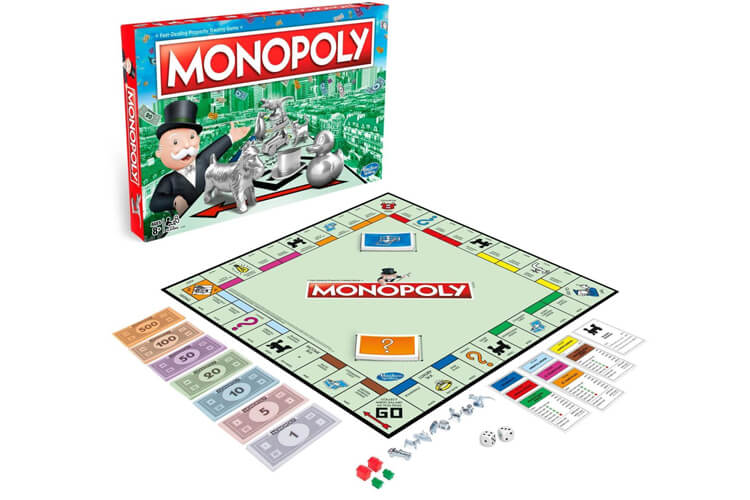 Monopoly, one of the classic board games, can be played between 2 and 8 people. Players complete the loop by moving through the squares with the dice they roll. They can buy the districts in the squares they stop. Afterwards, they build houses or hotels in the districts they bought and receive rent from the players who come to their districts. The aim of the game is to win the game by bankrupting other players. 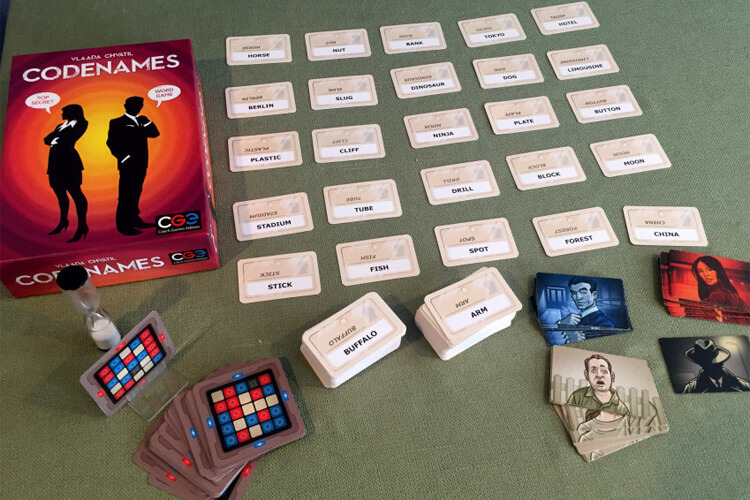 3 of our list of the best board games. during the Codenames game. Codenames is played in two teams. The narrators of the teams try to ensure that their teammates can choose the right words by telling their teammates about the words chosen randomly. However, one of the words in the middle is the word that should not be said. If one team says that word, the opposing team wins the game directly. 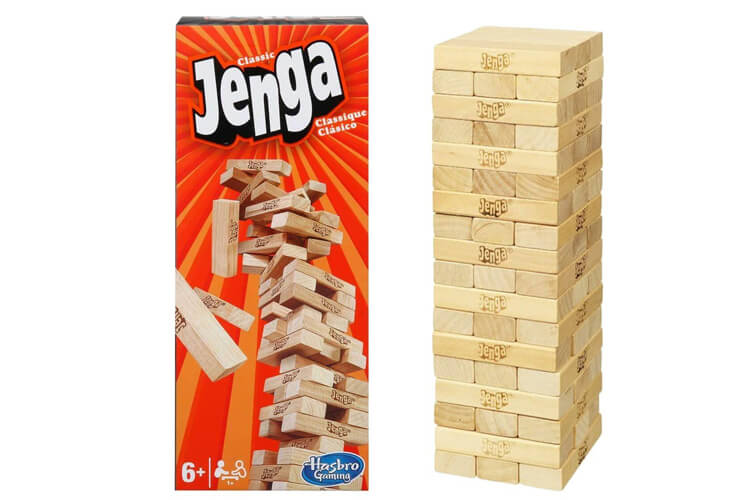 Jenga is a nice concentration and balance game. First, wooden blocks are stacked on top of each other. Afterwards, the players take turns pulling one block from its place and putting it on the top, without knocking down the blocks. Although blocks can be randomly taken at the beginning of the game, as the game progresses, players need to think carefully about the blocks they will receive. Players who choose the right blocks can leave their opponents in difficult situations. The player who knocks down the blocks loses the game. 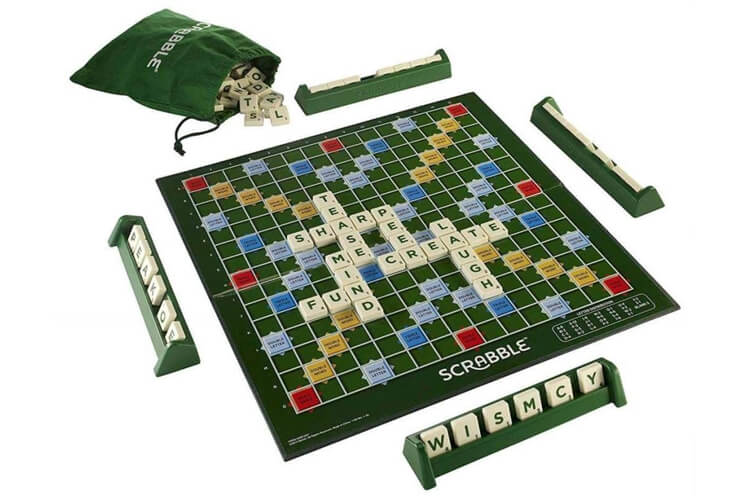 Scrabble is a game that requires vocabulary. Players start the game with 7 letters randomly chosen. Then they get points by arranging these letters on the game board and forming words. The points earned by the players are calculated on the points of the letters they use and the extra points on the board. When all the letters are finished, the player with the most points wins the game. 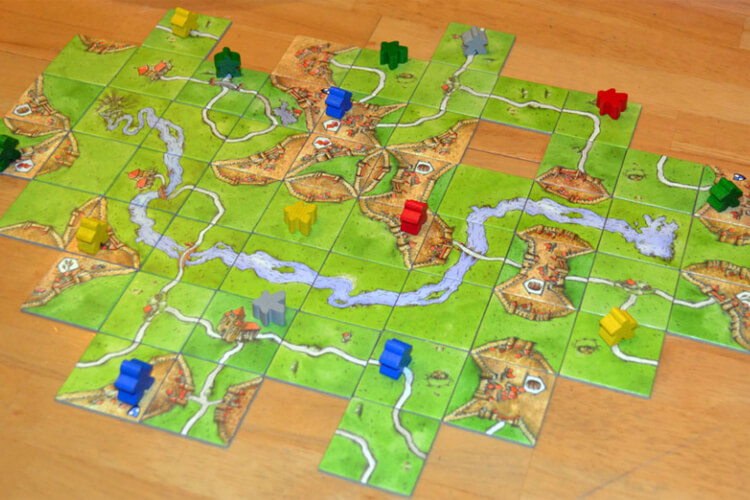 Carcassonne is a strategy game that can be played with 2-5 players. Players collect points by assigning their 7 citizens to cities, monasteries, roads or green areas. Players who disrupt their opponent’s city and plans while creating their own city become more advantageous in order to dig the game. Since a new map can be established in each game, players need to develop different strategies each time. For this reason, Carcassonne is a game that can be played over and over again without getting bored. It was also named the best board game of 2001 in Carcassonne. 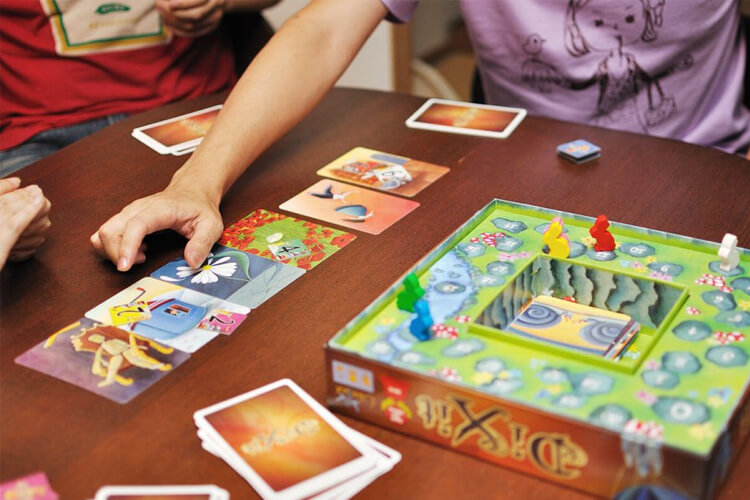 Dixit, one of the most popular board games, can be played with 3-6 people. The players look at the cards in their hands and tell stories about the pictures on the card. Players try to win the game by finding pictures that match the stories or by bluffing their opponents. In this game, which has a great place for imagination, the players have a very enjoyable time. 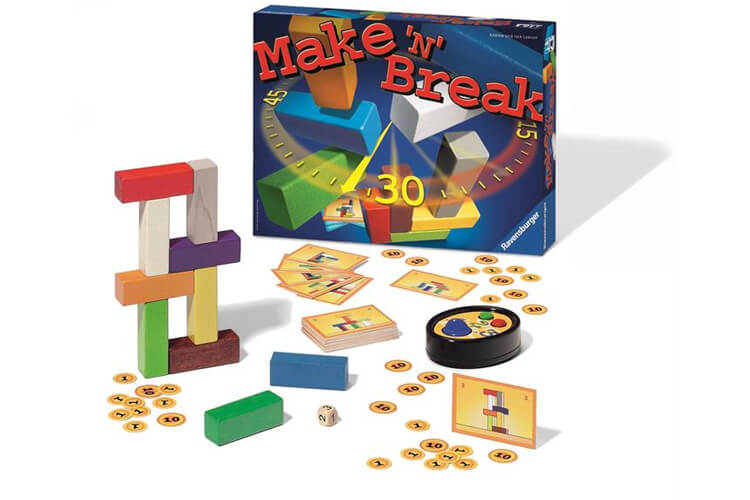 8 of our list of the best board games. Meanwhile, there’s Make’n Break, which is also a game played with wooden blocks. Players try to form the shapes on their cards by stacking wooden blocks. Players who can create the same shape on the card within a certain period of time earn points at the values determined according to the difficulty of the shape. When the game is over, the player who can collect the most points wins the game. 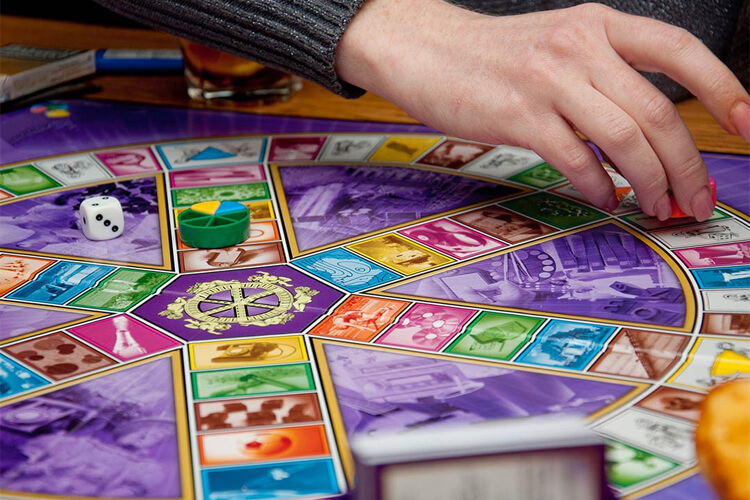 Trivial Pursuit is a very comprehensive general culture game. In the game played in teams, the players move on the game board by rolling the dice. They try to give the correct answer by choosing a question card from a certain category according to the color of where they are standing. The team with the correct answer rolls the dice again and continues the game. The aim of the game is to answer the questions of each category correctly and collect their colors and complete the colors before the other teams. 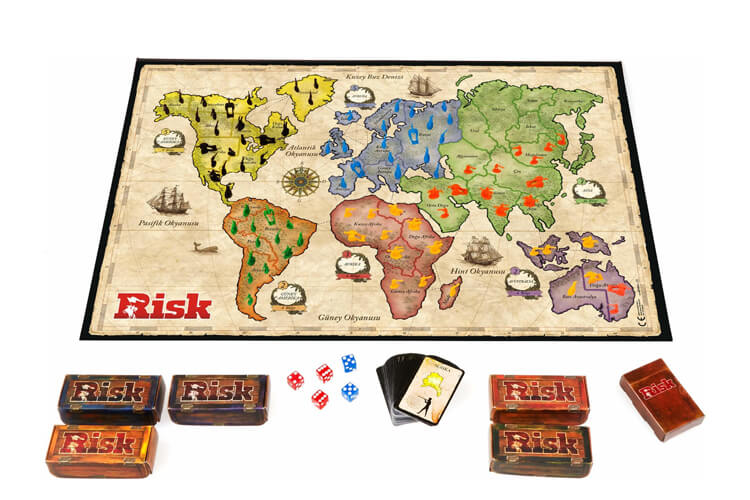 In Risk, a military strategy game, the aim is quite easy. The player who can conquer all the lands on the map and defeat their enemies wins the game. To do this, you need to defeat your enemies by sending your military forces to the enemy areas. If you defeat all the military units in the region, you have captured the region. This puts you in a more advantageous position to conquer the entire map. 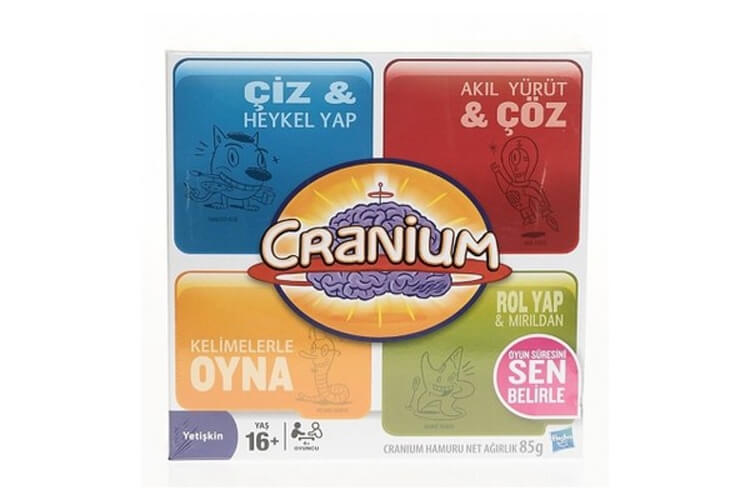 There are 4 different types of games in the Cranium game. There are different playing cards in different colors for each type of game. The aim is to reach the finish by moving on the squares of these colors on the playing field. Cranium is one of the board games that players enjoy very much thanks to its different categories. With these different categories, you can sometimes answer vocabulary and sometimes general culture questions. Sometimes, charades are among the most popular plays with standing narrations such as imitation, telling a teammate by using them as a puppet. 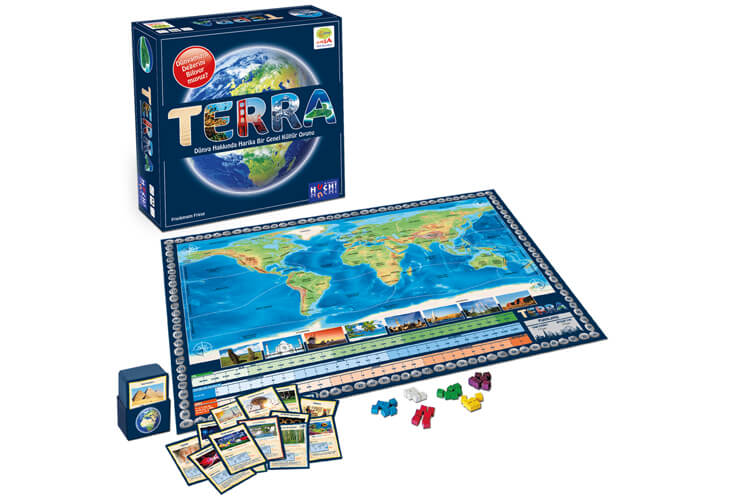 Terra is a very instructive and enjoyable board game for those who want to explore the world. Terra is a game where you can learn the unknowns about many parts of the world, from well-known places to high mountains, from mines to the smallest islands, from oceans to jungles. The game, which includes 900 questions on 300 topics in 4 difficulty levels, allows you to learn while having fun. 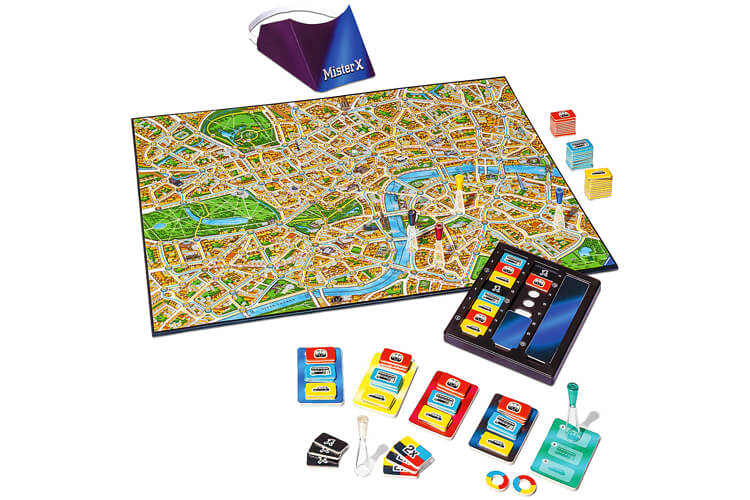 Scotland Yard is the 13th of our best board games list. during. Scotland Yard is a game of escape and chase. Mr. X runs away from detectives on the streets of London. The detectives’ task is to catch Mr. X as a team. In the game, detectives try to locate Mr. X by guessing with travel tickets. If Mr. X can complete the game without being caught by the detectives, he wins the game. 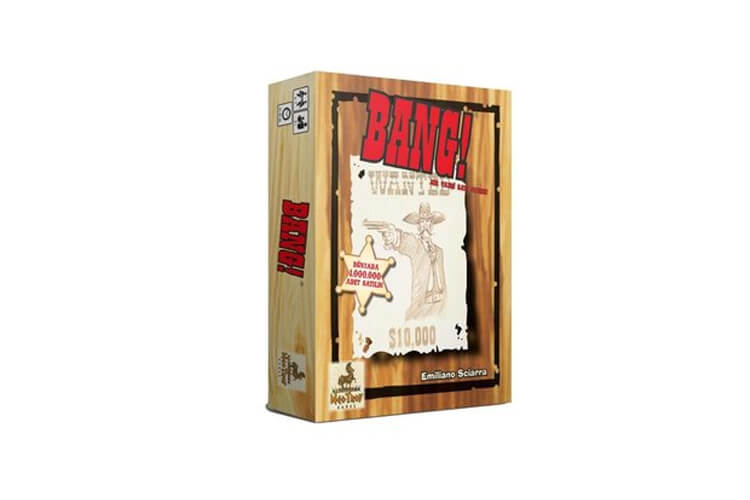 Bang is a wild west themed game that can be played with 4-7 people. There are four roles in the game: Bandit, Traitor, Sheriff and Cop. Each role has a different purpose and the actors do not know the role of anyone but themselves. For this reason, in the game, which is quite exciting, players can try to gain an advantage by bluffing. Bang game won the best card and party game in 2007. 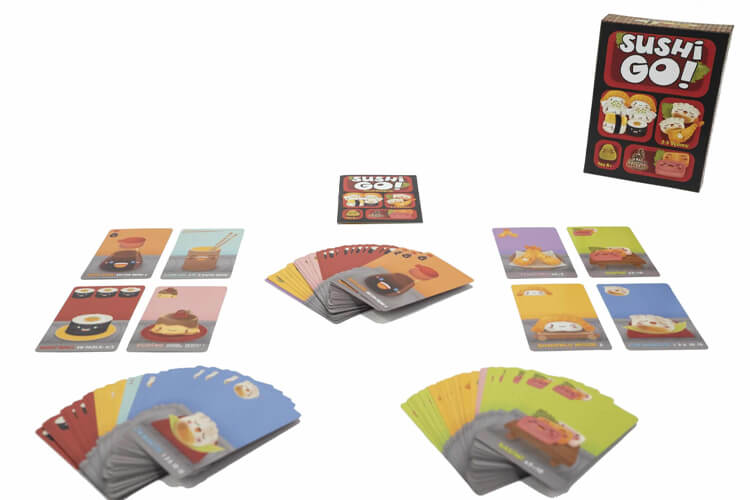 Sushi Go is a different strategy game that can be played with 2-5 people. The game consists of 3 rounds, and at the beginning of each round, players get 7 sushi cards. Players make different sushi combinations with their chosen sushi cards. Afterwards, they earn points according to the combinations they make. The player with the most points at the end of 3 rounds wins the game. Sushi Go won the best family game award in 2013. 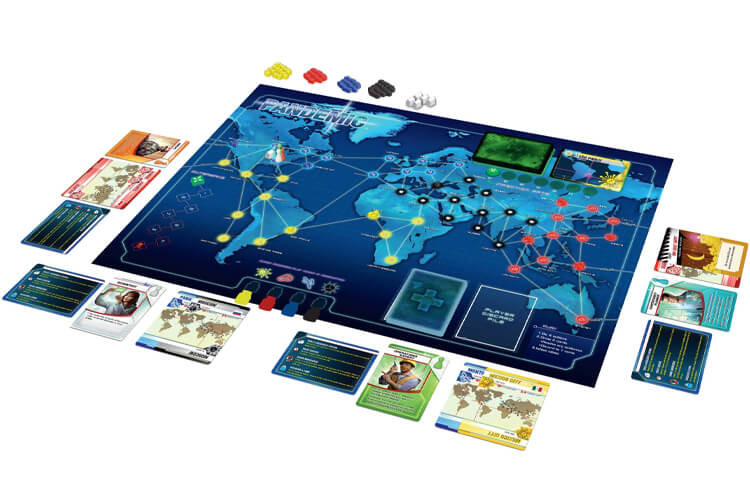 Pandemic is a game that is very suitable for the pandemic period we live in. It is played with 2-4 people. An epidemic has swept the world in the game. As the tour progresses, the epidemic continues to accelerate and spread. What the players have to do is to take various actions to prevent the spread of the epidemic. The only way to win the game is to find the vaccine that will end the epidemic. 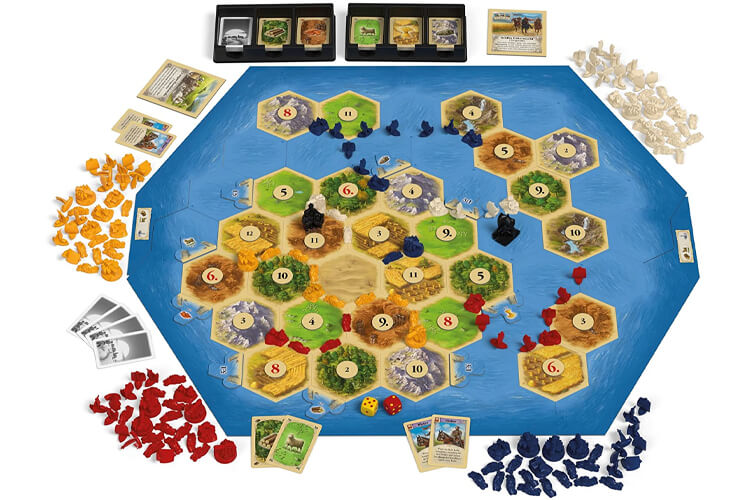 Catan is an old and quite famous game that inspired many board games. It won the best board game awards in 1995 and the game of the century awards in 2000. Everyone manages their own principality in this high prestige board game. The player who reaches 10 victory points by developing his principality wins the game. Catan is a game where all players are constantly active. Players can make deals or trades with each other. There is more than one way to win the game. Catan, where you need to constantly develop different strategies, is a game that can always be played with pleasure. 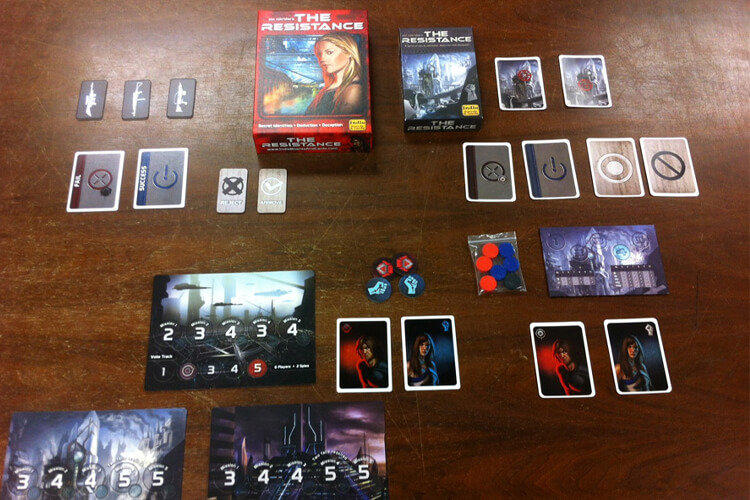 Resistance is a fun party game played with 10 people. Two separate teams of spies and insurgents try to sabotage each other. However, while the spies know each other, the insurgents do not know each other. With the task teams created each round, the resisters have to fulfill 3 tasks. The task of the spies is to infiltrate these mission teams and sabotage the missions. This game, which is based on bluffing and convincing each other, is a nice game where large groups can have fun together. 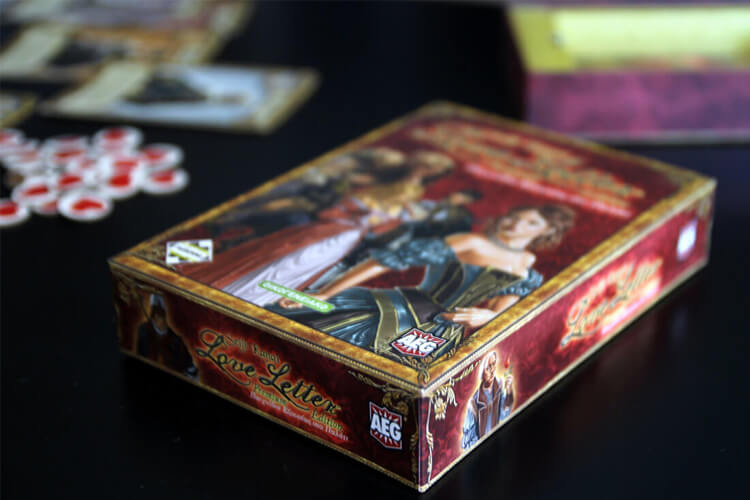 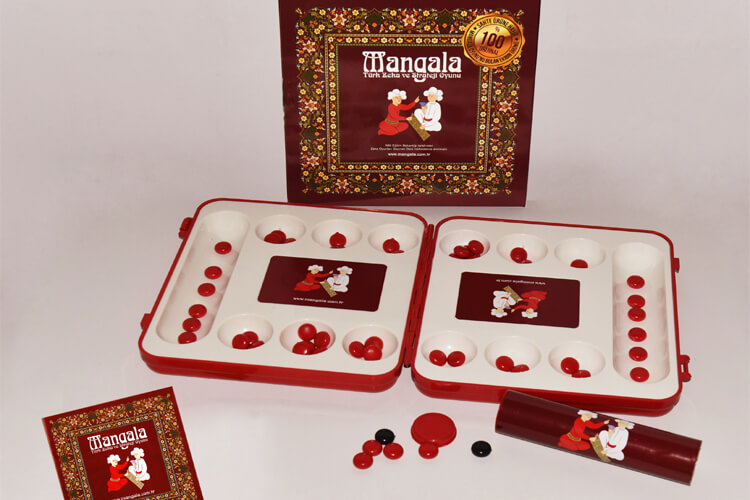 At the end of our list of the best board games, there is the board game called Mangala. Mangala’s origins date back to ancient times. The board game, originating from an old Turkish game, is a game that develops mental skills and makes you think quickly. With this game, which has been played on these lands for centuries, you can have fun and improve your practical intelligence.